The Chilling Mystery Of The Yde Girl, The World’s Most Infamous Bog Mummy

The 2,000-year-old mummified corpse of the Yde Girl was uncovered by Dutch laborers in a bog in 1897, and many believe she was either executed or sacrificed. 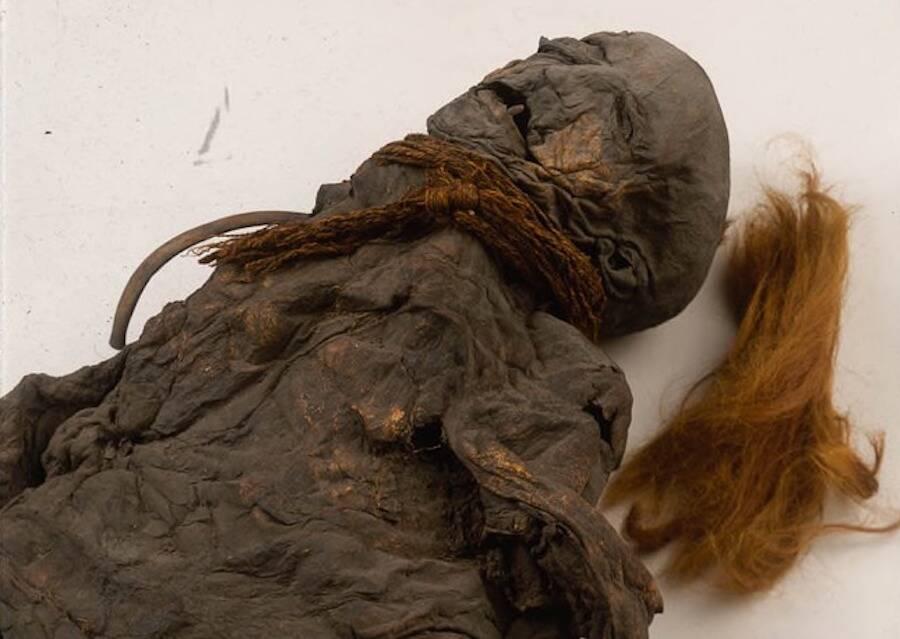 Wikimedia CommonsThe Yde Girl was killed between 54 B.C. and 128 A.D.

On May 12, 1897, two laborers dredging peat from a Stijfveen bog near the Dutch village of Yde believed they had seen the devil. Rising to the surface without warning, the deformed and blackened corpse with hair the color of fire sent the men running. Now known as the Yde Girl, she had been preserved for 2,000 years.

Returning hours later, the terrified laborers used the peat they had been collecting to cover the corpse from view.

A slip-knotted rope around her neck and stab wound near the collarbone suggested she had been killed. Much of her hair and teeth were missing when the village mayor found her nine days later. Finding her severed foot, hand, and partial pelvis in the muck, he collected her remains and let Drents Museum officials investigate.

While it took a century for answers to surface, they revealed her as a 16-year-old girl who died between 54 B.C. and 128 A.D. Though the circumstances of her death remain debated, experts discovered the Yde Girl suffered a severe case of scoliosis and stood at four and a half feet — leading some to believe she was killed in ritual child sacrifice.

History Of The Yde Girl

The peat cutters who unwittingly dislodged the Yde girl’s body were naturally unaware that their grisly discovery would one day be historic. 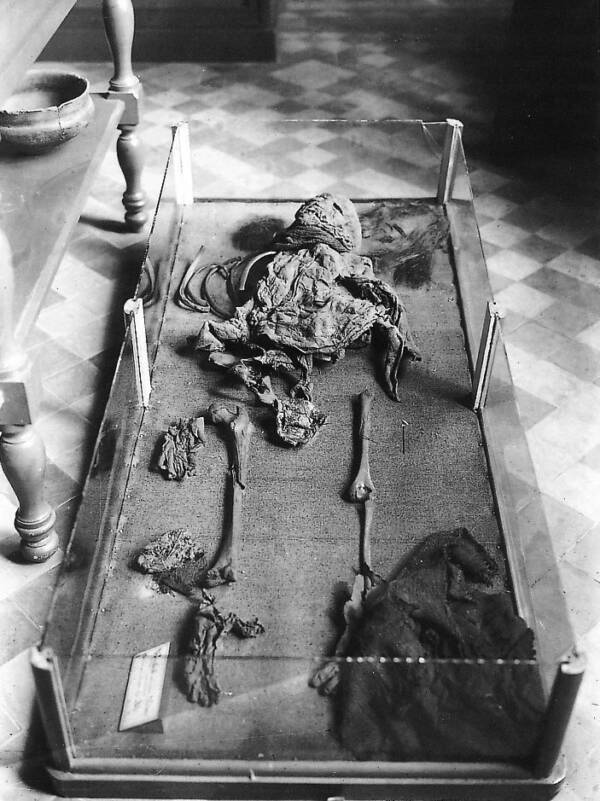 While village and museum officials took possession of the body by May 21, 1897, its identity remained a mystery. There was a noose wrapped tightly around the neck three times, with a ghastly expression on the face, and a slew of severed limbs suggesting a brutal death. Half of her hair was shorn off, and her teeth were gone.

There was no way to determine the Yde girl’s age, as radiocarbon dating wouldn’t emerge until the 1940s. While the mane of hair suggested the victim was female, only modern analysis of her skull would confirm that. The enigmatic body was put on display at Drents without further study.

However, in 1992, Manchester University Professor Richard Neave took revealing CT scans of her skull, which identified her as female and placed her at around 16 years old, due to the lack of wisdom teeth. A debilitating curvature of her spine was identified as scoliosis, while her abnormally swollen right foot suggested a limp. 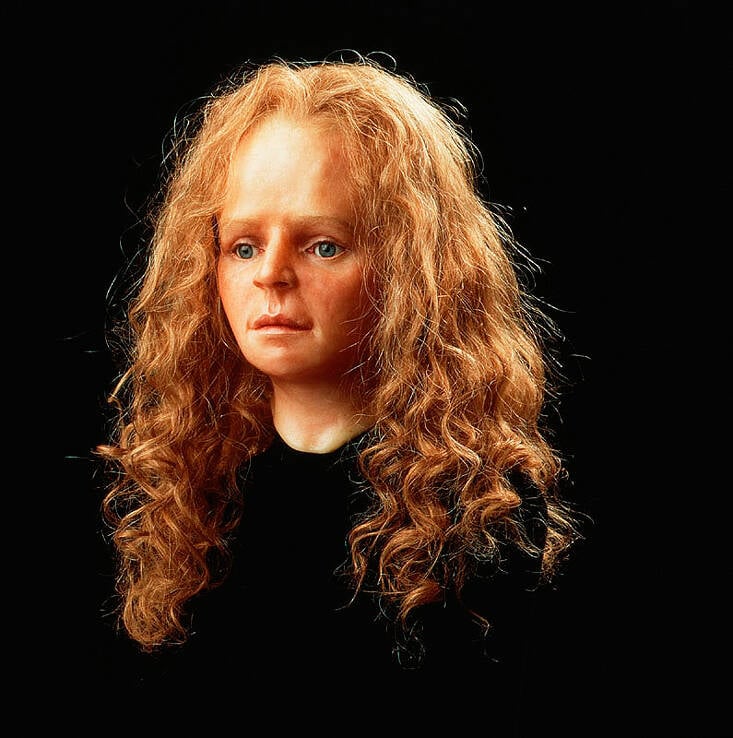 Radiocarbon dating revealed that she died at the turn of the Common Era, with the bog’s tannic acid preserving her since. When experts reconstructed her face in 1994, the Yde Girl saw international fame. The reasons for her killing remained uncertain, but Dr. Roy van Beek of Wageningen University has ventured some guesses:

“Two theories have been reported. The first of those states that it involves people who were not living according to the customary rules. Bog bodies were maybe people, who were convicted criminals or found guilty of adultery. The second, more widely spread explanation is that it is about dedicating sacrifices to a higher power.”

How Did The Yde Girl Die?

Using the landscape and topography as the foundation of their 2019 study, Dr. Van Beek and his peers determined that Yde girl’s death was likely a small affair, far removed from the community. 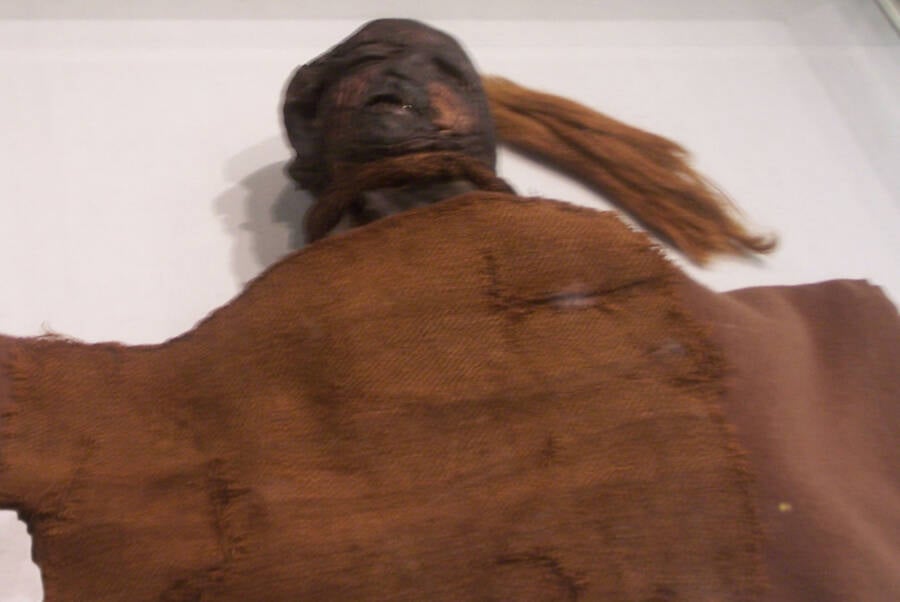 Wikimedia CommonsThe remains are on display at the Drents Museum in Assen, Holland.

“We do know now that the landscape was a mosaic of remnant forests on higher grounds and low-lying fens, of pastures and Celtic field systems,” said Dr. Van Beek. “People settled on the ground moraine ridges that would stay dry all year around. The girl may have originated from a nearby settlement on the Yde ridge.”

“Her body was left in a small and relatively shallow bog at a distance or around one kilometer.”

While Drents Museum officials claimed her hair was removed by 19th-century villagers, recent studies on a German bog body found that it was partial exposure of their to oxygen that left one side covered in hair and the other barren. Then again, shearing a woman’s hair for infidelity in medieval times was indeed common. 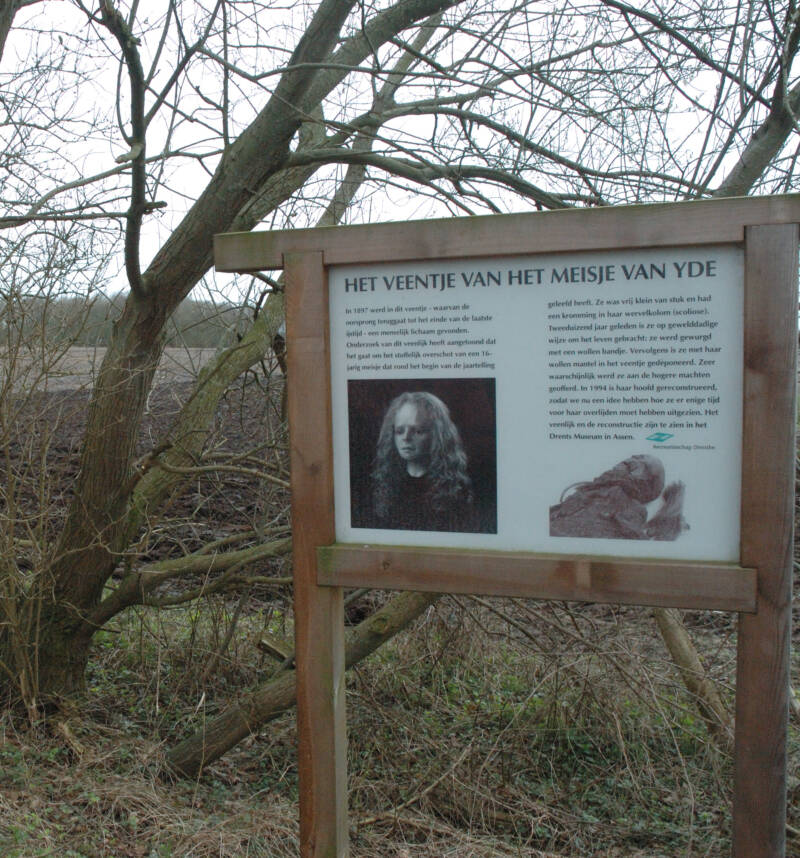 However, with no evidence of a husband and substantial evidence that she was significantly disabled or deformed, it’s far more likely that she was an ideal target for child sacrifice in hopes of agricultural prosperity.

In the end, the Yde Girl’s remains can be still seen at the Drents Museum in Assen, Holland.

After learning about the Yde Girl, explore Vladimir Lenin’s mausoleum and the best-preserved corpse on Earth. Then, learn about Ötzi the Iceman, the oldest preserved human body ever found.