While it's uncertain exactly how many people have died on Mount Everest, authorities say that approximately 300 have perished attempting to conquer Earth's tallest mountain.

More so than any other place on Earth, Mount Everest evokes the extreme, the limits of human endurance, and the daring notion of risking death for a shot at glory. Over the last century, thousands upon thousands of people have tried to reach the summit of Earth’s tallest mountain — but hundreds of them have fallen tragically short, only to join the ever-growing list of deaths on Mount Everest.

Although it’s hard to say exactly how many people have died climbing Mount Everest, we’re left with dozens of devastating stories of Mount Everest deaths as well as equally devastating reports of the actual bodies on Mount Everest that have served as guideposts for subsequent climbers.

With corpses hard to retrieve in such harsh conditions, estimates say that more than 200 Mount Everest bodies currently remain trapped right where they fell. Unfortunately, the death toll only seems to be climbing at quicker and quicker rates.

China and Nepal control Everest’s northern and southern sides, respectively. Nepal, however, offers entry to the more popular route, for a price. Thanks to its government’s reliance on the lucrative lack of regulations, permits have gone through the roof. In 2019, a record-breaking 891 people summited Mount Everest — while 11 climbers died.

For most of these climbers, the horror stories of the worst Mount Everest deaths must surely strike fear into their hearts before they begin their journey. And once they’re on the mountain’s unforgiving slopes, the bodies on Mount Everest will only serve as further reminders of the risks behind this climb.

However, there’s never any shortage of people willing to make the journey, hoping that they won’t end up like those whose deaths on Mount Everest haunt climbers and non-climbers alike to this day. 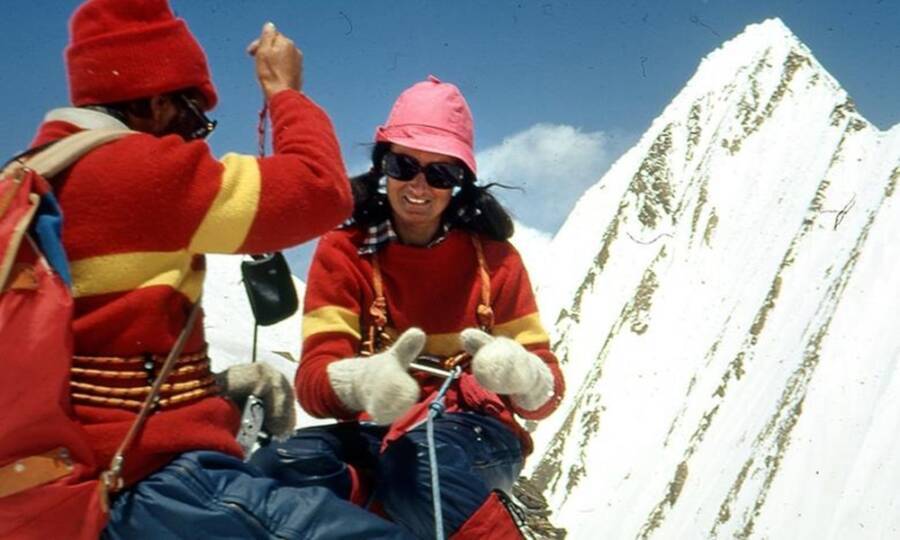 DWHannelore Schmatz and her husband Gerhard were avid climbers.

In 1979, German mountaineer Hannelore Schmatz became the fourth woman in history to reach Mount Everest’s summit. At the same time, her 50-year-old husband, Gerhard, became the oldest person to reach its peak. Both would have been remarkable accomplishments were it not for the tragedy that befell the Schmatzes just afterward, ending with their deaths.

For years before their fateful Everest journey, the Schmatzes’ confidence was riding high following their successful 1973 expedition to Earth’s eighth-tallest mountaintop, Manaslu. The 26,781-foot colossus in Kathmandu is only around 2,300 feet shorter than Everest. To prepare for their Everest expedition, they climbed a new mountain every year until 1979 — the year their names were added to the tragic list of Mount Everest deaths. 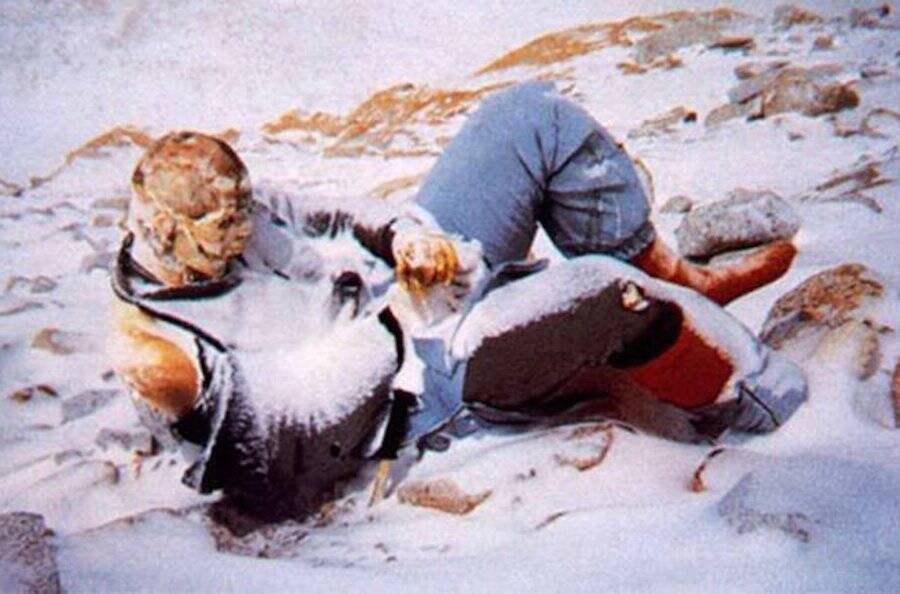 Gerhard described his wife as “a genius when it came to sourcing and transporting expedition material,” while he was in charge of logistics and the more technical aspects of the climb. With equipment at the ready and six other professional climbers by their side, the Schmatzes set out for Everest in July 1979.

After making it through “the yellow band” — a regional altitude level of 24,606 feet — the Schmatzes traversed the Geneva Spur. They reached the South Col camp at 26,200 feet on September 24 and set up the last high camp of their trek. But a days-long blizzard forced them back down the mountain.

During their second ascent, the couple split up — never realizing that their split would be forever. Gerhard’s group made it back to South Col first and began the journey to Everest’s peak. And even though Gerhard and his group reached the summit on October 1, they were forced back down rapidly due to worsening weather conditions.

Meanwhile, the descending group warned Hannelore Schmatz and her team that it was too dangerous to continue. Gerhard’s notes described his wife as “indignant,” and she forged ahead at 5 a.m. the following day. As Gerhard arrived back down at base camp at 6 p.m., he was alerted via radio that his wife had made it to the top. 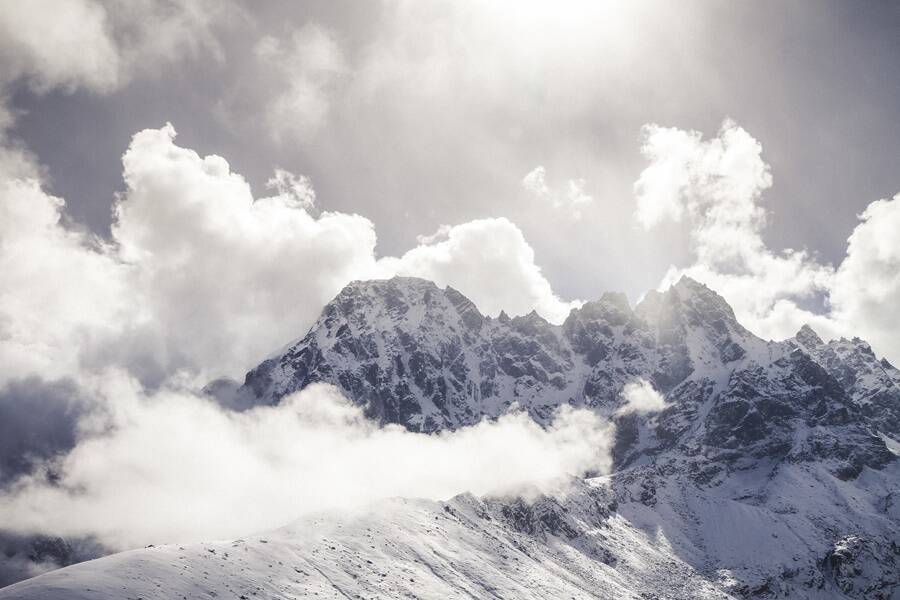 Maurus Loeffel/FlickrSchmatz was the first woman to die on Mount Everest.

Unfortunately, Hannelore and American climber Ray Genet were both overcome with exhaustion during the descent. Despite being warned against taking refuge by their accompanying sherpas, they built a camp and took shelter. But this shelter was built in the Death Zone, and needless to say, the area lives up to its name.

Genet died of hypothermia, leading Hannelore and two sherpas to frantically attempt their descent. Tragically, her body had already begun to shut down. Her last words were simply, “water… water.” Sitting down with no more energy left to spare, she slumped against her backpack and died.

Hannelore Schmatz was the first woman and the first German national to die on Everest’s treacherous environs. She joined hundreds of other climbers who’ve perished on Mount Everest and became its frozen warning signs. Mount Everest bodies like these have indeed served as guideposts for other climbers for years. But in the case of Hannelore Schmatz, the wind eventually threw her frozen corpse from the side of the Kangshung Face, never to be seen again.