Inside Dr. Seuss’ History Of Racism That Explains Why Six Of His Books Were Discontinued

Dr. Seuss' beloved children's books have undergone a reexamination in recent years as many have found them rife with racist images and messaging. 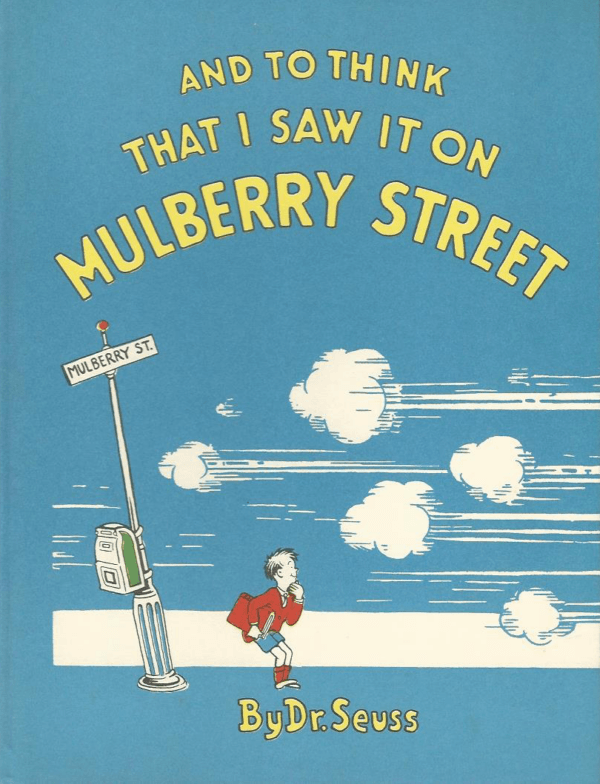 Wikimedia CommonsAnd to Think That I Saw It on Mulberry Street, Dr. Seuss’ first book, is among those that will no longer be published.

Dr. Seuss’ estate celebrated his 117th birthday on March 2 with a surprise announcement. They would no longer publish six of the deceased author’s children’s books — books which they had determined contained “hurtful and wrong” portrayals of various races and cultures. The 133-word statement quickly triggered an avalanche of both accolades and accusations of “cancel culture.”

The six books selected were And to Think That I Saw It on Mulberry Street, If I Ran the Zoo, McElligot’s Pool, On Beyond Zebra!, Scrambled Eggs Super!, and The Cat’s Quizzer.

“Ceasing sales of these books is only part of our commitment and our broader plan to ensure Dr. Seuss Enterprises’ catalog represents and supports all communities and families,” said the estate of Dr. Seuss.

The estate determined that the books in question included portrayals of racial stereotypes. In Mulberry Street, for instance, readers see a Chinese man with slanted eyes, holding chopsticks, and eating from a bowl. Meanwhile, in If I Ran The Zoo, two African men are portrayed as barefoot and wearing grass skirts. 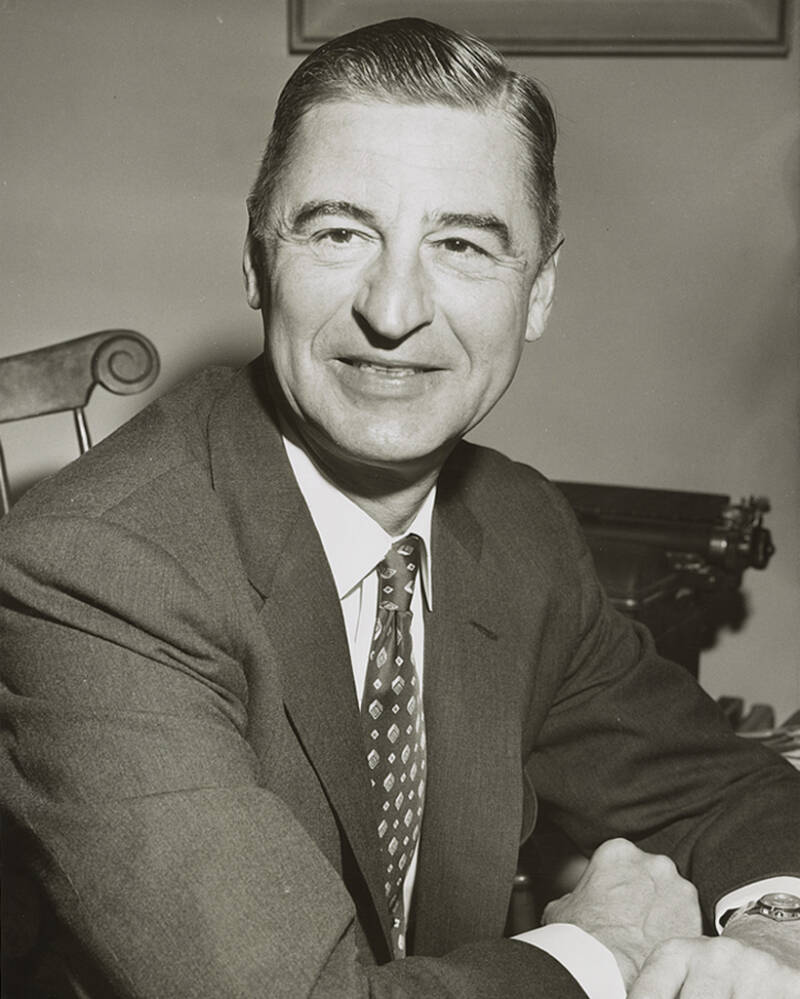 Notably, Dr. Seuss’ most popular books — like Green Eggs and Ham — will continue to circulate following the new decision. Furthermore, titles like McElligot’s Pool and The Cat’s Quizzer already hadn’t been sold for years.

But when the news broke that Seuss’ estate would no longer publish certain books, demand for them suddenly skyrocketed. Copies of Mulberry Street suddenly fetched prices in the thousands of dollars online. Dozens of Seuss’ other books shot to the top of Amazon’s bestseller list.

While the news elicited soaring sales, it was also met with both praise and condemnation.

Shantel Meek, the founding director of Arizona State University’s Children’s Equity Project, applauded the move. Children’s books, she said, should be reflective of the country’s diversity. “For too long, children of color have been under-represented, grossly misrepresented or left out altogether of books and other learning resources,” Meek noted.

Indeed, the Seuss estate’s decision to cease the publication of certain books falls in line with a larger reexamination of Dr. Seuss’ legacy and body of work. In fact, Seuss has long faced significant previous criticism for including racist elements in his work.

Before becoming a children’s author, Seuss was accused of producing racist cartoons during World War II, for which he later apologized. In recent years, some scholars have also questioned whether iconic Seuss characters like the Cat in the Hat were meant to recall blackface minstrelsy. In fact, when he was in high school, Seuss wrote a full-length minstrel show and starred as the main character while wearing blackface.

Furthermore, Seuss’ books are simply not diverse: Of his 2,240 human characters, just two percent are characters of color — and almost all of these characters embody harmful racial stereotypes. 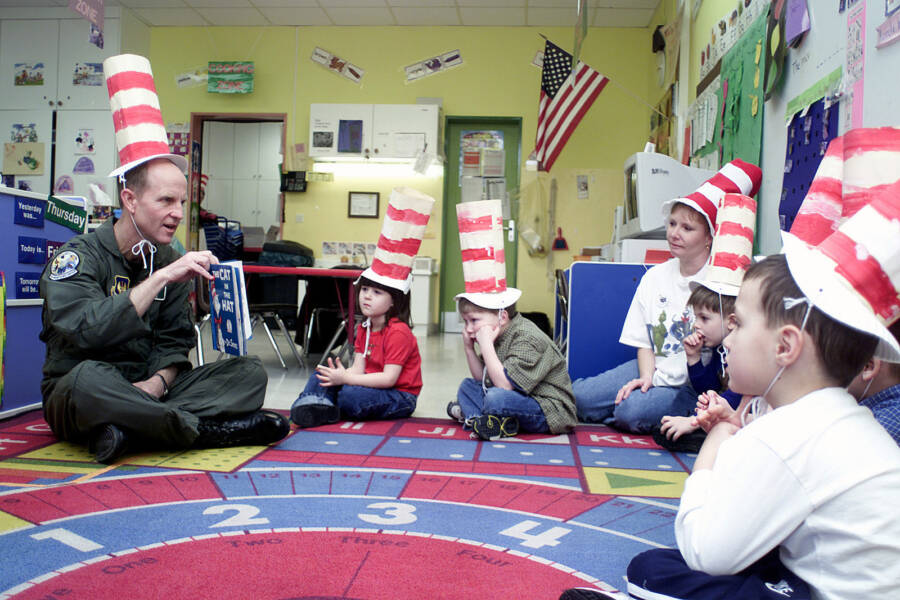 Though the National Education Association purposely designated “Read Across America Day” to fall on Seuss’ birthday, they have moved away from his work in recent years and emphasized more diverse reading lists. Meanwhile, criticism of Seuss from academics has also ramped up in recent years.

“Minimizing, erasing or not acknowledging Seuss’ racial transgressions across his entire publishing career deny the very real historical impact they had on people of color and the way that they continue to influence culture, education, and children’s views of people of color,” said Katie Ishizuka and Ramón Stephens, the authors of a paper entitled: “The Cat Is Out of the Bag: Orientalism, Anti-Blackness, and White Supremacy in Dr. Seuss’ Children’s Books.”

However, many condemned the new move to discontinue some of Seuss’ books as cancel culture gone awry.

Minority Leader Kevin McCarthy accused Democrats of “outlawing” Dr. Seuss. He posted a video of himself reading Green Eggs and Ham (not one of the selected titles) in protest.

Conservative commentator and author Ben Shapiro also criticized the move, tweeting: “We’ve now got foundations book burning the authors to whom they are dedicated. Well done, everyone.”

And Senator Marco Rubio also expressed his displeasure on Twitter, writing: “When history looks back at this time it will be held up as an example of a depraved sociopolitical purge driven by hysteria and lunacy.”

McCarthy, Shapiro, and Rubio argue that Geisel, born in 1904, is being unfairly held to today’s standards.

Nevertheless, other voices in this newly-sparked debate fall somewhere between the two poles of enthusiastic praise and angered outcry. Valerie Lewis, a bookstore owner in California, doesn’t like the idea of taking books off the shelf for political reasons. Offensive books, she argued, can provide “teaching opportunities.”

“We all have a choice as to whether we buy it or not,” Lewis said, “but removing it kind of makes me want to shake my head.”

However, the six Seuss titles will not be pulled from shelves — they simply won’t be printed.

“They haven’t asked for anyone else to remove the books from their collections,” noted Deborah Caldwell Stone, director of the American Library Association’s (ALA) Office for Intellectual Freedom. “Whether it’s libraries, schools or personal collections.”

Notably, however, another of Dr. Seuss’ books — The Lorax — was removed from a California school district’s reading list in 1988. That time, parents complained that the book was too “liberal” on environmental issues and that the book was “brainwashing” children. 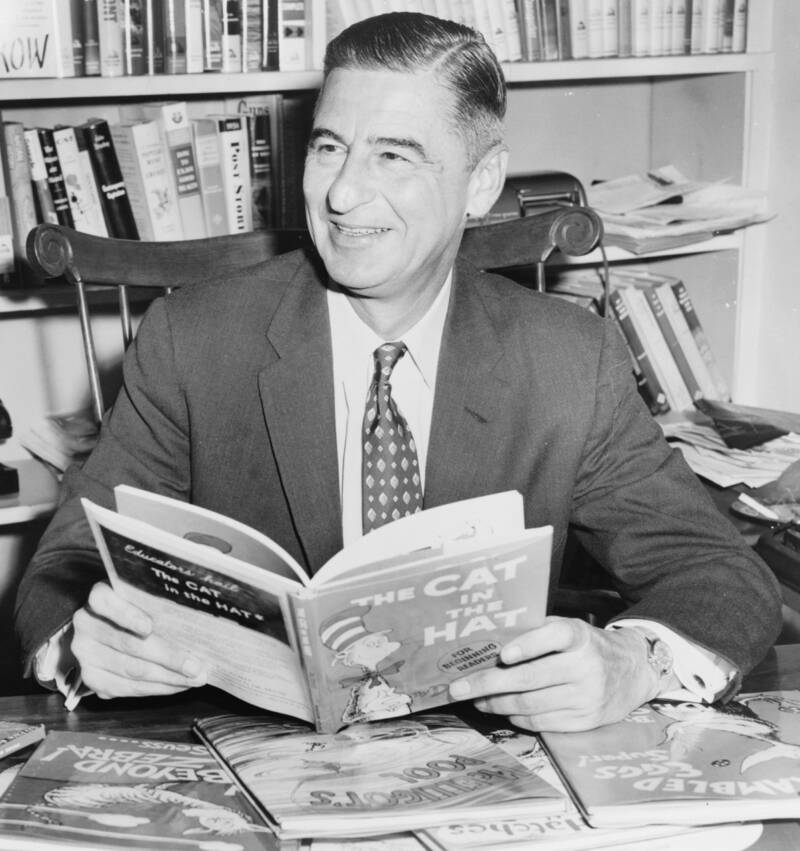 Wikimedia CommonsDr. Seuss holding a copy of his popular book, The Cat in the Hat.

Dr. Seuss’ books aren’t the only ones to undergo reexamination in recent years. Certain editions of classic children’s book series like Tintin and Babar have been removed from shelves following accusations that they perpetuate colonialist and imperialist viewpoints.

Other children’s authors, like Roald Dahl and Richard Scarry, have revised their works in response to similar criticism.

“The books we share with our children matter,” insisted Rebekah Fitzsimmons, an assistant teaching professor at Carnegie Mellon University. “As grown-ups, we have to examine the worldview we are creating for our children, including carefully re-examining our favorites.”

After reading about the Dr. Seuss books that will no longer be published, learn about the dark side of some beloved children’s authors. Then, discover some of the most incredible Dr. Seuss quotes and learn about the scandalous, nudity-filled book hiding in his past: The Seven Lady Godivas.