Millvina Dean, The Two-Month-Old Who Survived The Titanic Sinking

Millvina Dean was just an infant when the Titanic struck an iceberg and sunk to the bottom of the Atlantic Ocean. 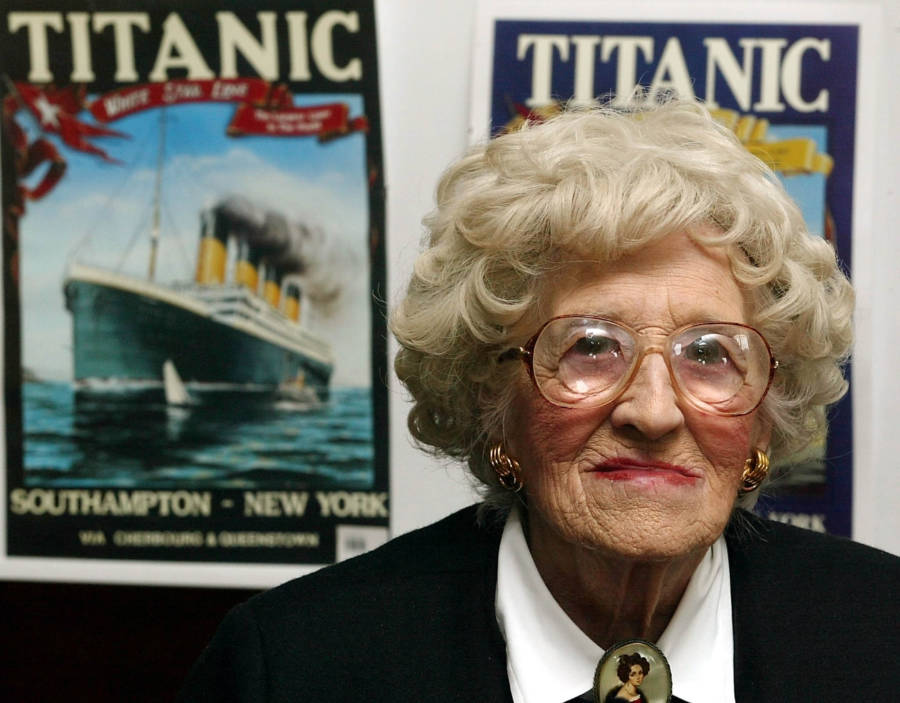 GERRY PENNY/AFP/GettyMillvina Dean in 2002 at a Titanic exhibit opening.

Millvina Dean was born in February of 1912. Two months later, she boarded a passenger ship with her mother, father, and older brother Bertram. The ship was the RMS Titanic, and she was the youngest passenger and last survivor of the disaster, which occurred on April 15, 1912.

She was born in Branscombe, England, and shortly after, her family decided to emigrate to Wichita, Kansas, to find work with some of her father’s relatives, who had emigrated earlier. The Dean family boarded the Titanic at Southampton, England as third-class passengers after a coal strike caused them to be transferred from their original ship.

On the night of April 14th, her father felt the collision and sent her mother and the children up to the deck. They were placed in Lifeboat 10 and were among the first third-class passengers to escape the sinking ship. They arrived safely in New York four days later. Her father died on the Titanic and his body was never recovered.

Originally, her mother planned to remain in America and continue living out the life her father had planned for them when they set out on their journey.

However, after just two weeks of facing the stress of raising two children alone in a foreign country, her mother decided to return to England and not continue on to Kansas. The three of them set sail back home aboard the ship Adriatic. As the youngest passenger of the Titanic, she gained lots of attention and media publicity on her trip back to England. 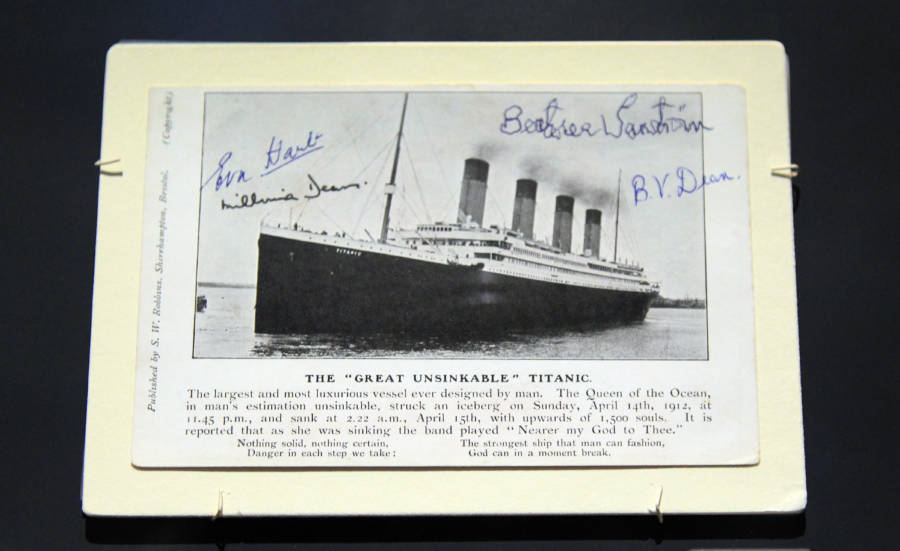 She and her brother were educated with the money that had been granted to survivors of the Titanic. It wasn’t until she was eight years old that Dean became aware that she had even been a passenger on the ship.

However, later in her life, Dean became very active in Titanic commemoration events. She attended several conventions and exhibits throughout the United States and Canada, as well as gave many radio and television interviews and appeared in documentaries. She officially became the final remaining Titanic survivor after Barbara West Dainton, the second to last survivor who died in 2007 at the age of 96.

Millvina Dean died of pneumonia in 2009. Her ashes were scattered from the docks in Southampton, where her family had originally boarded the Titanic almost a century earlier.

Next, check out these rare Titanic photos from before and after the sinking. Then, take a look at these Titanic facts we bet you’ve never heard before.