The atomic arms race inspired some of the most dangerous weapons in history. It also inspired the crowning of a Miss Atomic Bomb. 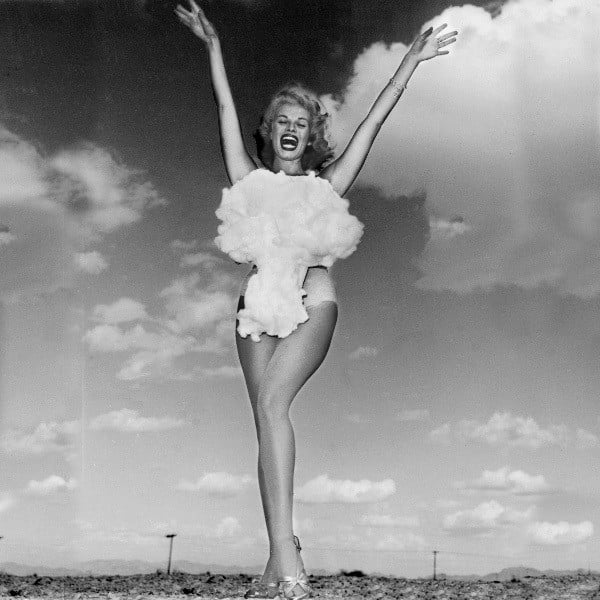 Today Las Vegas is known for showgirls and gambling, but during the 1950s, it was also known for atomic bomb explosions.

A 680-square-mile atomic testing ground was established in 1950 by President Harry Truman just 45 miles from the center of Sin City. Las Vegas isn’t known as a city that lets a money-making opportunity pass, and businesses capitalized on the nearby explosions by hosting viewing parties of some of the nuclear test explosions. Before long, atomic fever inspired the outfits and titles of Las Vegas’ other famous bombshells.

There was never an official Miss Atomic Bomb beauty pageant.

There were, however, four popular beauty queens given bomb-themed titles. Miss Atomic Bomb Lee Merlin, a showgirl at the famed Sands casino, has had some of the most sustained fame since a Las Vegas News Bureau photographer snapped this picture during some down time at a photo shoot.

The story goes that the photographer, Don English, attached the explosion-shaped cotton to Merlin’s bathing suit. The photo was published in 1957 and it has since appeared in numerous publications and was even the cover of The Killers’ Miss Atomic Bomb single.