With a strange body that has both herbivore and carnivore features, the Chilesaurus has baffled scientists — until now.

A new analysis of a recently discovered “Frankenstein” dinosaur has revealed it to be the all-important missing link between disparate dinosaur species.

This week, archaeologists studying the bone structure of Chilesaurus diegosuarezi have concluded that the bizarre dinosaur was not an odd member of the theropod group, but instead an odd member of the ornithischia group of dinosaurs. This group includes spiny and plated dinosaurs like the well-known triceratops and stegosaurus.

Chilesaurus diegosuarezi was first discovered two years ago via fossils uncovered by Chilean fossil hunters in the Aysén region of Patagonia, according to the Guardian.

The bones of the ancient beast were first discovered when the son of a couple of Chilean geologists accidentally stumbled across a fossilized bone while playing at the dig site.

Archeologists were initially shocked by the strange, Frankenstein-like beast that seemed to be created out of a mishmash of wildly different dinosaurs. By analyzing the specimen’s teeth, it was determined that the dinosaur was a plant eater, but had a body shape that seemed to connect it to the carnivorous theropoda group of dinosaurs.

Theropods include such famous species of dinosaurs like the Tyrannosaurs and Velociraptors. At the time, Chilean researchers described the species as “a theropod that turned vegetarian.”

The fossils also revealed that the Chilesaurus had stocky forelimbs and two stumpy fingers rather than the clawed hands of its theropod cousins. 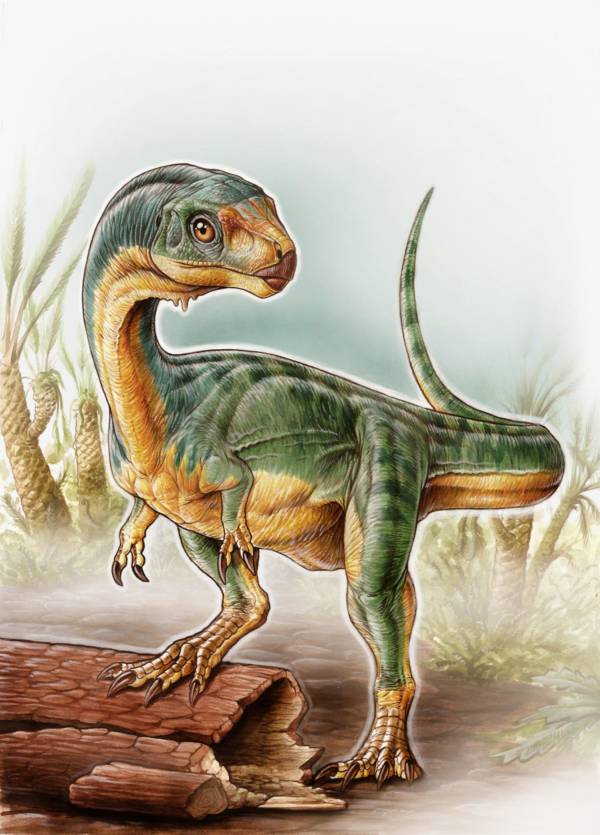 Now, this new evidence has revealed that species within the groups ornithischia and theropoda are evolutionarily tied through this strange, transitionary dinosaur. With this new information, scientists will be able to understand more about the evolutionary history of dinosaurs, and ultimately, of all life on Earth.

Next, learn about the largest dinosaur footprint ever discovered. Then, check out 31 dinosaur facts guaranteed to blow your mind.