Down Syndrome Almost Eradicated In Iceland Thanks To Controversial Prenatal Screenings

"We don't look at abortion as a murder," a counselor for pregnant women said. "We look at it as a thing that we ended." 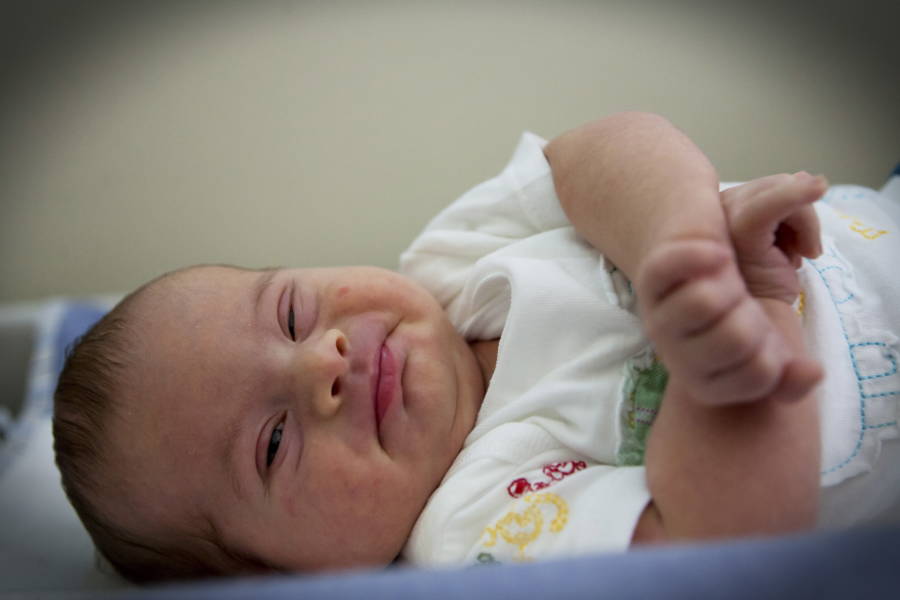 Prenatal screening tests for Down syndrome were introduced in Iceland in 2000. Since then, nearly 100% of women who received a positive test for the genetic disorder terminated their pregnancy.

This has resulted in Iceland nearly eradicating Down syndrome births, with only one or two children born with the disorder each year, according to a new report from CBS News.

For context, in the U.S., about 6,000 babies with Down syndrome are born each year. This number is going down here as well, as roughly 60% to 90% of women who get a prenatal Down syndrome diagnosis for their fetus decide to end the pregnancy.

From 1996 to 2010, 30% fewer babies with Down syndrome were born each year, which has some conservative legislators passing measures to somehow try to control how women make decisions — banning them from ending pregnancies because of positive Down syndrome tests.

Despite the fact that making a decision process illegal is impossible to actually enact, several states have passed this kind of legislation over the years and more similar laws are being proposed across the country.

In Iceland, which has a tiny population of about 330,000, about 80% to 85% of women opt to have the screening tests. They’re permitted to get an abortion after 16 weeks if the fetus has a “deformity,” including Down syndrome.

The country’s abortion law also allows women to end a pregnancy after 16 weeks if they’re unable to care for a child due to financial constraints or poor living conditions.

Due to medical advances, individuals with Down syndrome often live to reach the age of 60 and are increasingly being integrated into society.

Asked what this near-eradication of the disorder says about Icelandic society, geneticist Kari Stefansson expressed some trepidation.

“I don’t think there’s anything wrong with aspiring to have healthy children,” Stefansson added. “But how far we should go in seeking those goals is a fairly complicated decision.”

To anti-abortion activists (including Sarah Palin, who has a child with Down syndrome) this is putting it lightly.

“To try to snuff out a life in the name of building a perfect race hearkens back to Nazi Germany.” https://t.co/9l1qBExa4a

But these arguments bring us back to a belief that most of the people of Iceland — an extremely progressive country — just don’t subscribe to:

That a fetus is the same as a person.

Iceland’s national church supports abortion rights. Some women are even given prayer cards with tiny footprints that represent the aborted fetus.

“We don’t look at abortion as a murder,” Helga Sol Olafsdottir, who counsels women who have a pregnancy with a chromosomal abnormality, told CBS. “We look at it as a thing that we ended. We ended a possible life that may have had a huge complication… preventing suffering for the child and for the family.”

Even people who identify as pro-choice have expressed discomfort with the report from Iceland:

I am fiercely pro-choice and defend the legal right to have an elective abortion, but I still find this unsettling.https://t.co/xFVGyT7WzK

I’m Pro-choice af, but this is gross even to me.
⚡️ “A story about Down syndrome in Iceland is receiving backlash”https://t.co/hhwj4ckpwP

In Okafsdottir’s mind, though, the only opinion that matters with regard to these women’s pregnancies — is the opinion of the women whose bodies and futures are affected.

“This is your life,” she tells them. “You have the right to choose how your life will look like.”

Next, read about the underground, female-run clinic that gave 11,000 women safe abortions before it was legal. Then, learn about the connection between religion and poverty in U.S. states.