This Underground, Female-Run Clinic Gave 11,000 Women Safe Abortions Before It Was Legal 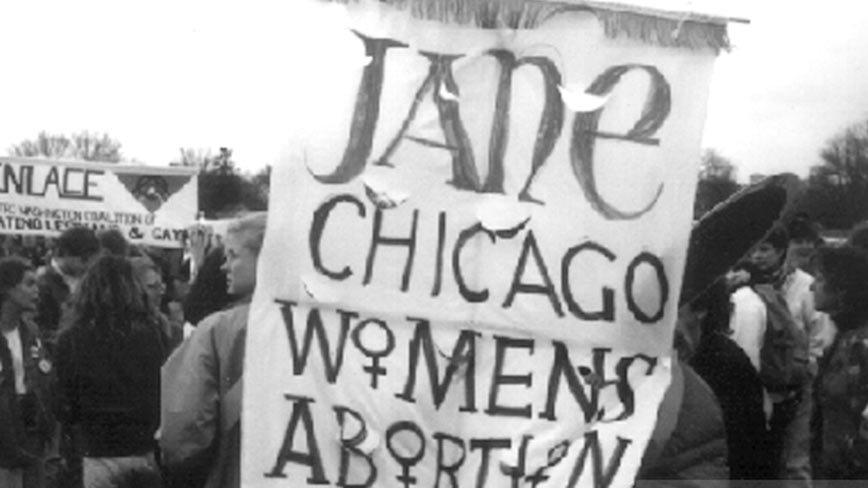 If Jenny didn’t get an abortion, she might die. But first, she had to convince a group of men to give her one.

As a woman with cancer in pre-1973 Chicago, Jenny’s procedure was legal — but just barely.

After almost failing to persuade hospital staff that a pregnancy would endanger her life, she realized that something needed to change.

“Through that whole experience, there wasn’t one woman involved,” she recalled. “It was men — the doctors, the hospital board — controlling my reproductive rights and condemning me to death.”

As a solution, she went on to help found the Jane Collective — officially named the Abortion Counseling Service of Women’s Liberation.

Over the years, this medical underground on Chicago’s South Side would help thousands of women safely end unwanted pregnancies. A life-saving operation some of the former members fear might need to be revitalized under today’s GOP-dominated government.

When it’s illegal, getting an abortion becomes inherently dangerous. Women aren’t only risking getting arrested — they’re risking their lives by visiting unregulated doctors who may or may not have the medical training needed to safely carry out the procedure.

In the 1960s, the underground industry was monopolized by the mob, which charged about $600 — a prohibitive price for many.

The Jane Collective began as a referral service in 1969 — connecting women with abortionists who had proven to be reliable, and negotiating with them to bring prices down.

As they worked with these practitioners, though, they realized that the majority of them were unsavory characters who had money — and not women’s rights or health — at heart.

It would be better, the members decided, if they simply learned to carry out the task themselves.

A friend of Jenny’s (not her real name) trained her — and then she went on to train other members.

They began performing about 60 abortions a week and — according to a doctor who agreed to do post-op checkups on their patients — they were very safe, despite a lack of any official medical training.

“From my examinations, these women were not maltreated and had no ill effects,” the doctor told Laura Kaplan, whose book, “The Story of Jane,” gives a history of the organization. “Their periods had returned; they were in good health; they had no complaints. All that says is that one does not need to be a doctor. You only need good training to do an abortion.”

Their patients, he noted, contrasted sharply with the women he saw after botched back-alley procedures, who were sometimes mutilated in horrifying ways.

The group’s protocol was efficient, discreet, considerate, and cheap.

Their patients would call and leave a message, indicating that they had been referred by a trusted source. Jane members would call back, obtain a basic medical history, note details of the pregnancy, and assign each woman to a Jane counselor. The counselors would then explain the process, answer any lingering questions, and schedule the procedure.

At their appointed time, patients would come to “the Front,” an apartment that served as a reception area. They would then be driven to “the Place,” where other Jane members performed the abortions.

The women would then be taken back to the Front, where they were given painkillers to take home. Over the next few days, their counselors would call to check in and make sure there were no complications.

To terminate pregnancies up to 12 weeks, the members would dilate the cervix, administer a local anesthetic, and then scrape away the fetal tissue.

After 12 weeks, they had to induce a miscarriage.

They only charged $100. But would still perform the procedure for women who couldn’t afford to pay anything at all.

“We figured if we averaged $50, we could make our expenses,” former member Jeanne Galatzer-Levy told Broadly.

This accessibility created a level of diversity uncommon in the women’s rights movement. Women of all incomes and all races came to Jane for help — even the wives of police officers.

It was a sensitive process. But, they figured, better them than a man with a hanger in a warehouse.

“One of the most radical things to come out of the women’s movement was the change in medical culture,” Galatzer-Levy went on. “It was so paternalistic; how dare you even look at yourself or think about your own body! In the process of breaking with that, who knew where the boundaries should be?” 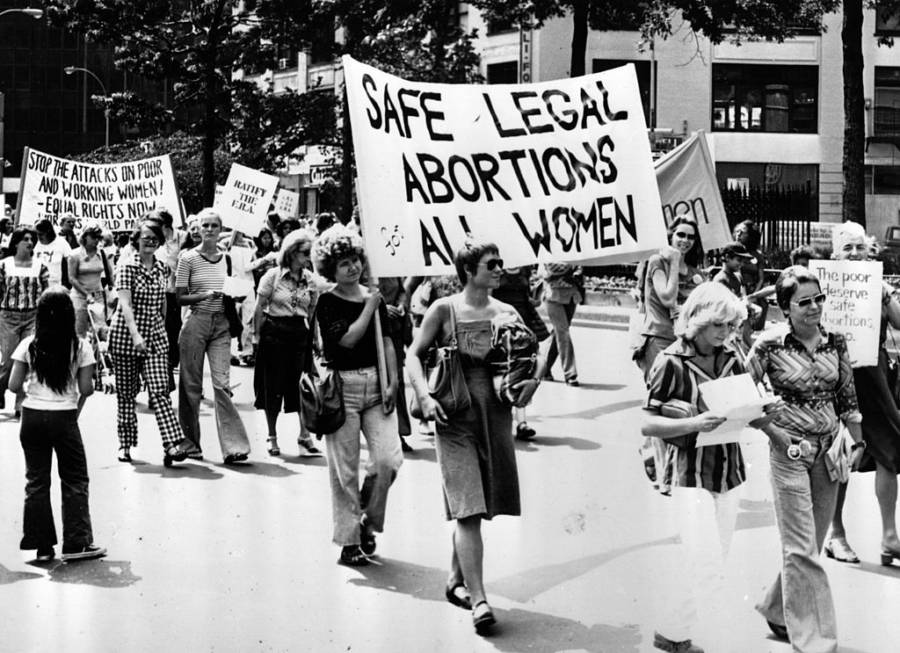 The procedure was legalized that year in the Roe vs. Wade case — which was very lucky timing for Jane’s members, who had been arrested in a police raid just months before the landmark case.

The “Jane Seven,” as they came to be called, were spared a trial and released.

Though the process was then legal, the hard work for equality was far from over. Former Jane members say that today’s anti-abortion climate is even more extreme than it was when they were performing the procedures themselves.

The anti-abortion movement, Jane member Judith Arcana said, “has managed in the past four decades, quite brilliantly, to change the culture, the mindset, the thinking and even the feelings: the emotional responses to abortion, motherhood, pregnancy.”

The strong polarization of the issue has caused facts to get buried. Namely, the fact that there is no correlation between the legality of abortions and the rate of abortions being performed.

“Banning abortion does not stop the practice,” journalist George Monbiot argued in the Guardian. “It merely makes it more dangerous.”

This has been found in multiple studies, conducted around the world and across the decades.

“Where there are restrictive laws, women will still do that but they will have less good access to safe abortion,” Dr. Sally Sheldon, a law professor, told Broadly. “Those who are serious about reducing abortion rates need to focus on reducing rates of unwanted pregnancy. The technology for very safe, very effective abortions already exists — particularly in the form of abortion pills. What needs to be done is to make sure that women can access it (and accurate information). The removal of restrictive laws is part of that process.”

This is an argument Jane’s members have been making since the 1960s.

“Being a mother was very important to me,” Galatzer-Levy explained. “Much of what made it such a pleasure and so comfortable was the choice. I’ve had an abortion; I’ve also had an adoptive daughter; so in some ways I represent the whole spectrum. It’s a contradictory world and there aren’t simple answers, but there has to be an ability to make choices.”

Next, read about Pope Francis’ surprising new take on abortion. Then, check out the suffragettes who defended women’s rights with jiu jitsu.