The Complicated Story Of Norma McCorvey, The ‘Jane Roe’ From Roe V. Wade

As "Jane Roe," she fought for the right to choose in the landmark Roe v. Wade case. As Norma McCorvey, she later took money to push an anti-abortion agenda. 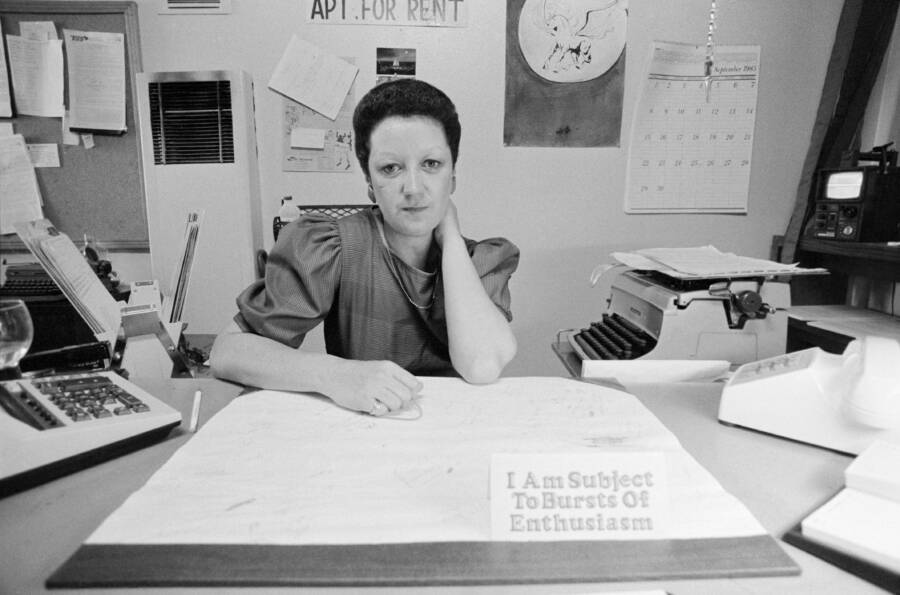 Bettmann/Getty Images Norma McCorvey sitting in her Dallas office in 1985.

In 1973, the Supreme Court announced its ruling in the monumental Roe v. Wade case, which legalized abortion in the United States. “Roe” was “Jane Roe,” a pseudonym given to the pregnant woman who sued District Attorney Henry Wade of Dallas County, Texas. Her real name was Norma McCorvey.

To many, McCorvey was a difficult figure to understand. Although she started out fighting for a woman’s right to choose, McCorvey eventually switched sides to become an anti-abortion activist.

It took a deathbed confession in 2017 to reveal the true motivation behind her change of mind — and the complexity of the woman behind the pseudonym “Jane Roe.” 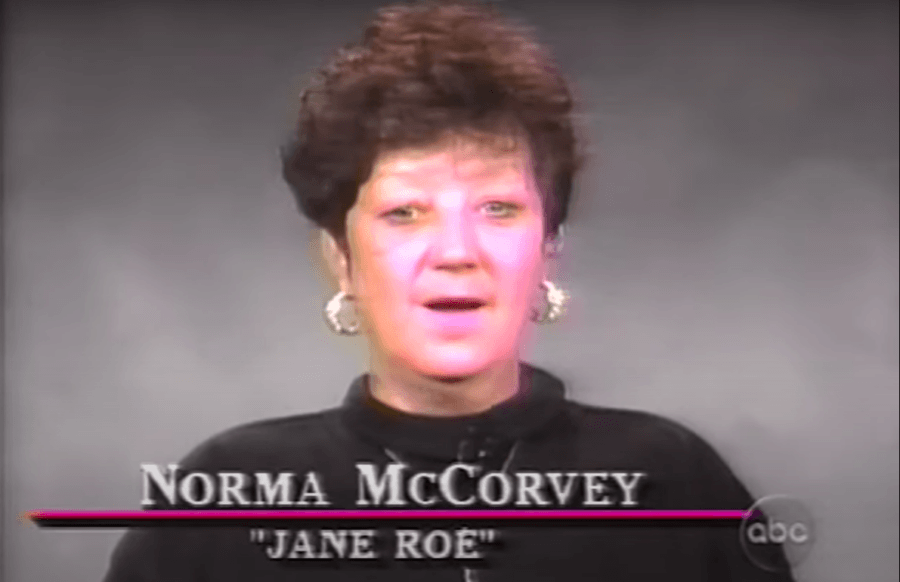 YouTubeNorma McCorvey on Dateline in 1995.

Norma McCorvey had already had two children when she became pregnant for the third time in 1969. Just 21 years old, McCorvey had been dealing with violence, sexual abuse, and drug addiction for much of her life.

She was born Norma Leigh Nelson on Sept. 22, 1947, in Simmesport, Louisiana. There, McCorvey struggled through an unhappy and abusive childhood. McCorvey’s father abandoned the family when she was 13; McCorvey’s mother was an abusive alcoholic.

“I beat the fuck out of her,” McCorvey’s mother told Vanity Fair in 2013. “You can only take so much of nerviness. She was wild. Wild.”

McCorvey was desperate for an escape. As a girl, she robbed a gas station and became a ward of the court in a Texas boarding school.

But she couldn’t escape her abusive family. Five years later, a male relative took McCorvey in and repeatedly raped her.

At 15, McCorvey attempted an escape again. This time, by meeting 21-year-old Woody McCorvey while working at a roller-skating carhop. Within a year, they were married — and McCorvey soon gave birth to their first child.

But her marriage to Woody didn’t provide an escape route from the cycle of abuse. When Woody began beating her, McCorvey left him.

She began abusing drugs and alcohol and announced she was a lesbian. Shortly thereafter, her mother successfully filed for legal custody of McCorvey’s first child. McCorvey became pregnant a second time by an unknown father and placed the child up for adoption.

In 1969, Norma McCorvey became pregnant for the third time. She didn’t want to have another baby, but Texas had just shut down abortion clinics in Dallas.

So, in February 1970, McCorvey reached out to an adoption lawyer, who referred her to Linda Coffee and Sarah Weddington — recent law school graduates looking to test Texas’s abortion law. They filed a lawsuit on her behalf which called her “Jane Roe.”

It would take three years for the case to reach the Supreme Court. By then, Norma McCorvey had already had her baby and given up the child for adoption.

“Jane Roe” And The Aftermath Of The Roe V. Wade Decision 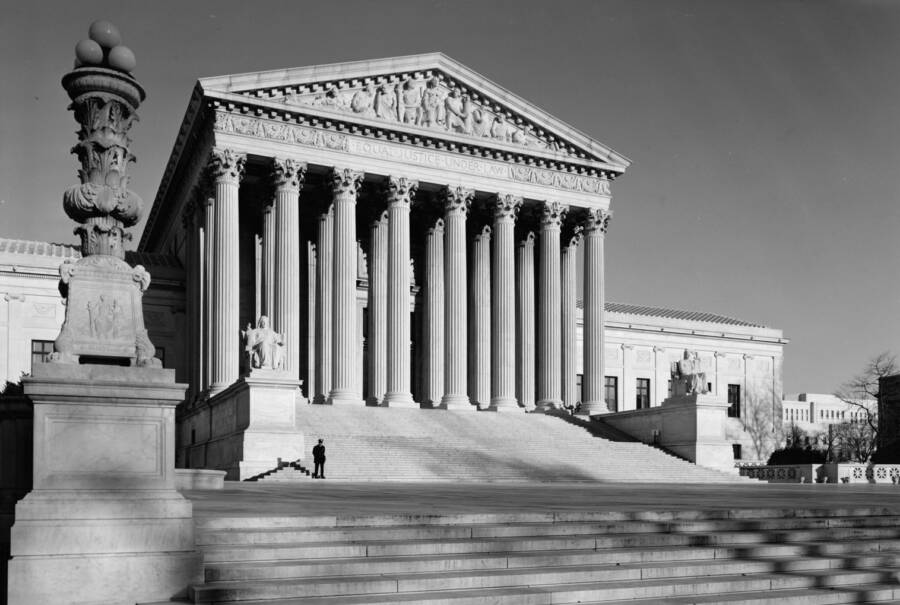 Gilbert Cass/Library of CongressIn 1973, the Supreme Court legalized abortion. “Jane Roe” had already given birth to her child years earlier.

Although her pseudonym “Jane Roe” was used in the landmark Supreme Court case, Norma McCorvey was disengaged from the proceedings. After all, they hadn’t helped her get what she wanted — an abortion.

“Sarah sat right across the table from me at Columbo’s pizza parlor, and I didn’t know… that she had had an abortion herself,” McCorvey later recalled.

“When I told her then how desperately I needed one, she could have told me where to go for it. But she wouldn’t because she needed me to be pregnant for her case. It was one of the most hideous times of my life.”

During the case, Coffee and Weddington argued that the constitutional right to privacy extended to pregnant women who chose to terminate their pregnancies. McCorvey didn’t hear those arguments in court — and she didn’t attend any of the hearings or appeals. She learned about the Supreme Court ruling in the newspaper.

But not long after, McCorvey removed her veil of privacy. She told the world that she was “Jane Roe” and that she’d sought to have an abortion because she was unemployed and depressed.

At first, McCorvey threw her weight behind the pro-choice movement that celebrated her as “Jane Roe.” She appeared at pro-choice events and worked at abortion clinics.

Through it all, however, McCorvey struggled to reconcile her identity with that of “Jane Roe.” One woman was simply someone who wanted to terminate a pregnancy; the other was the face of a movement.

In her 1994 memoir, McCorvey recalled sleepless nights where “I thought about myself and Jane Roe. I realized that she was a big part of me and that I would probably never get rid of her. She and I would have to come to some sort of agreement eventually. And do things together.” 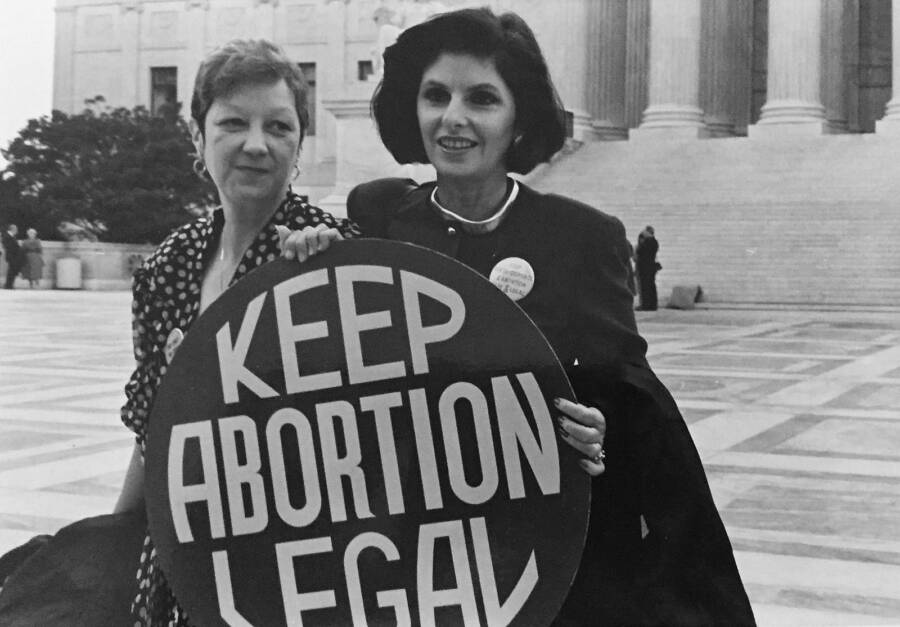 Lorie Shaull/Wikimedia CommonsNorma McCorvey and her attorney, Gloria Allred, outside the Supreme Court in 1989.

By 1995, McCorvey had backed away from the pro-choice movement. In a turnaround that shocked many of her supporters, McCorvey became a prominent anti-abortion activist.

She spent the next several years trying to overturn the Roe v. Wade decision.

Norma McCorvey And The Pro-Life Movement 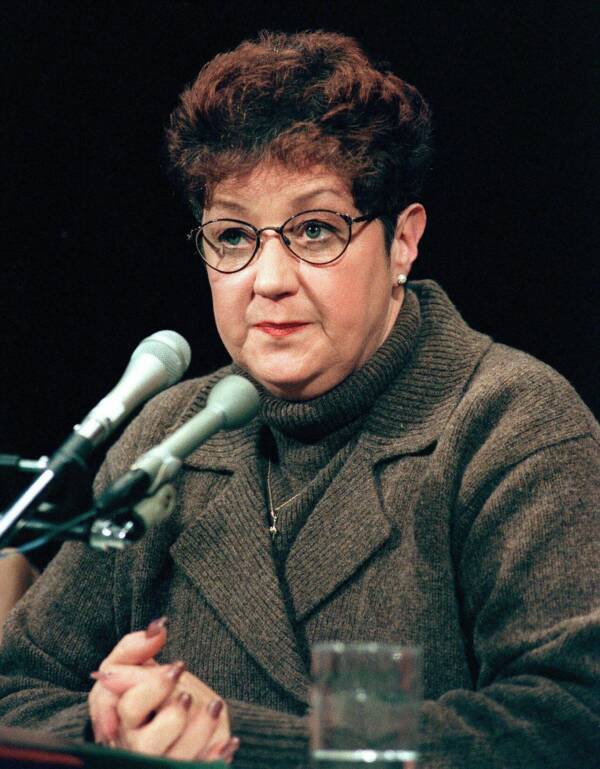 CHRIS KLEPONIS/AFP via Getty ImagesIn 1998, McCorvey testified before the Senate Judiciary Committee where she petitioned for the overturn of Roe v. Wade.

“I’ll be serving the Lord and helping women save their babies,” Norma McCorvey declared after her switch in position. “I will hold a pro-life position for the rest of my life. I think I’ve always been pro-life. I just didn’t know it.”

McCorvey did more than talk about her position. In the 1990s and 2000s, she petitioned the Supreme Court to overturn Roe v. Wade. McCorvey also testified in front of Congress and joined pro-life protests.

For many who’d seen her as a heroic figure — the Jane Roe who helped American women secure abortion rights — this shift was impossible to understand. It wasn’t until the end of her life that McCorvey shed any light on why her opinions had changed.

Shortly before she died in 2017, Norma McCorvey made a shocking confession: she was pro-choice. She had only joined the pro-life movement because she was paid to do so.

“This is my deathbed confession,” McCorvey said. She was never against abortion. Instead, McCorvey said in one of her last interviews, “I took their money and they put me out in front of the camera and told me what to say, and that’s what I’d say.”

In fact, throughout her life, McCorvey never felt fully comfortable with either side of the abortion debate.

“Neither side was ever willing to accept her for who she was,” said historian David J. Garrow.

To pro-life conservatives, McCorvey’s lesbianism — she lived with her partner for 35 years before they split — was a problem. And McCorvey never felt comfortable with the upper-class and educated activists who filled the ranks of the pro-life movement.

“I wasn’t good enough for them,” McCorvey once said. “I’m a street kid.”

On a personal level, McCorvey struggled to understand her own feelings about abortion. At one point, she worried, “the playgrounds are all empty, and it’s because of me.” 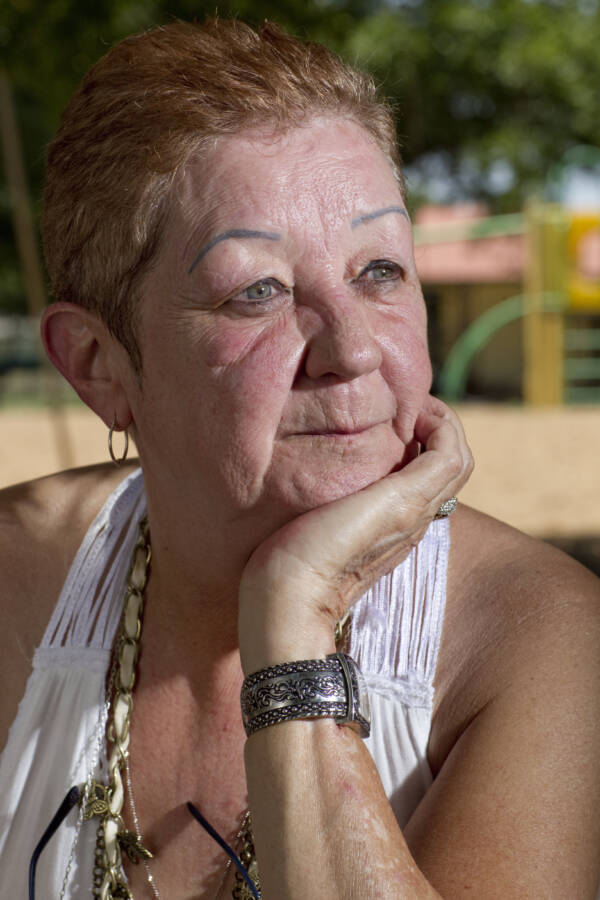 Robert Daemmrich Photography Inc/Corbis via Getty ImagesIn the 2010s, McCorvey admitted that she promoted the pro-life movement for money.

But by the end of her life, Norma McCorvey had come to terms with her identity as Jane Roe. “Women have been having abortions for thousands of years,” she said. “If it’s just the woman’s choice, and she chooses to have an abortion, then it should be safe. Roe v. Wade helped save people’s lives.”

McCorvey said: “If a young woman wants to have an abortion, that’s no skin off my ass. That’s why they call it choice.”

Before Roe v. Wade, Sherri Finkbine, a mother of four, had to flee the country to get an abortion after medication caused deformities in her fetus. But then you have to consider what abortion rights are around the world to get a complete picture of the delicate nature of abortion.