Sherri Finkbine And The 50-Year Fight For Abortion In America

Sherri Finkbine's story is an apt reminder of the hurdles that women have had to cross in order to assert control over their own bodies. 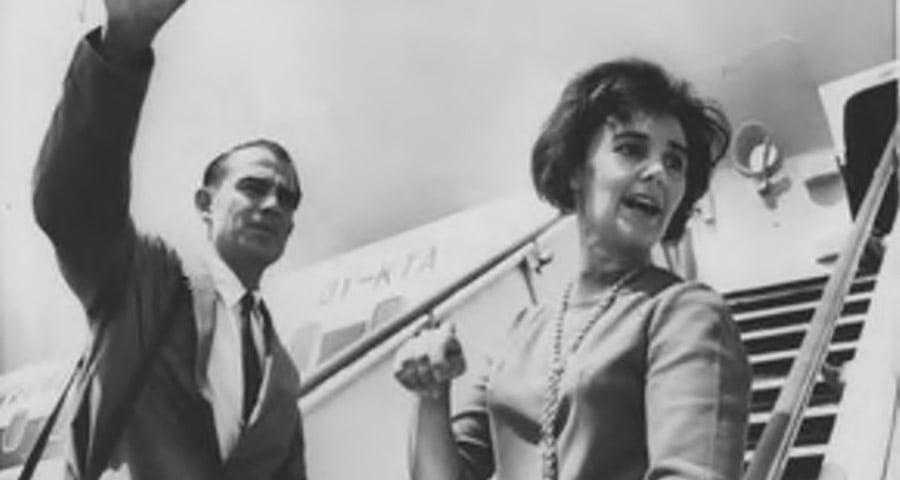 An Arizona woman learns that she may give birth to an infant with fatal defects because of a medication she had taken before she knew she was pregnant. The woman’s doctor advises her to have an abortion.

She then talks to the media, on the condition of anonymity, in an attempt to raise awareness about the dangers posed by the drug. The media publishes her story, reveals her identity, and she is barred from having an abortion. Then she loses her job. Then her entire family receives death threats.

She leaves the U.S. in search of an abortion, and has to go to several countries before finding a hospital, in Europe, that will perform the procedure. The event reveals an extraordinarily deformed fetus, as predicted. Even still, the public continues to malign the woman for her decision.

This isn’t the stuff of nightmares; this is the stuff of a not-so distant past. The woman who endured it is Sherri Finkbine. And given the American government’s continued attempts to police a woman’s body, her story is just as important now as it was in 1962.

In the 1960s, many Arizonans knew Finkbine as “Miss Sherri.” Finkbine, already a mother of four, hosted the Phoenix syndication of a children’s television program called Romper Room. In each episode, the host would lead a studio full of children through a series of activities. Kids watching at home could follow along.

Finkbine’s husband, Bob, worked at Arcadia High School as a history teacher. Sometime in 1961 he accompanied students on a trip to Europe, where a London doctor prescribed him a drug not yet available in the U.S. and which contained thalidomide, a tranquilizer.

Bob didn’t end up using the full prescription, and brought the remainder home. Finkbine, pregnant at the time, also used prescription sleeping pills from time to time. When she ran out of her own, she started taking the ones that Bob had brought back from Europe.

At first, Finkbine thought nothing of it. That changed when she happened to read several local newspaper articles about a drug that grossly impacted fetal development. Within days of being born, the articles said, the infant — lacking arms and legs — would die.

To her horror, Finkbine realized that the drug described in the news articles, thalidomide, was the one she had been taking.

Panicked, Sherri Finkbine called her doctor. He informed her that, given how much thalidomide she had consumed over the previous month, there was a good chance that her baby would be severely deformed.

Finkbine decided it made sense to undergo a therapeutic abortion. Although illegal at the time, a healthcare professional could use his or her best discretion to make an exception. If the mother’s health was at risk, for instance, the doctor might agree to perform the procedure.

Finkbine’s doctor reasoned that since she already had four children — and there was ample reason to believe that the baby she was carrying would either be profoundly deformed or not even survive to birth — an abortion was warranted.

Still, the doctor had to receive approval from the hospital’s medical board before scheduling the procedure, so Finkbine had some time to wait — and think about what else she could do in the meantime.

If this drug had been in her medicine cabinet, Finkbine reasoned, and if she had taken it without a second thought, it seemed plausible that other women might suffer the same fate. But what if there was a way she could intervene and keep that from happening?

Finkbine looked to the media, and reached out to an Arizona Republic reporter to share her experience — on the condition that she remain an anonymous source. The first story, “DRUG CAUSING DEFORMED INFANTS MAY COST WOMAN HERE HER BABY,” ran the following week.

The story spiraled out of control, and soon Finkbine’s doctor called and recommended that Finkbine forget about the abortion procedure. Even though the story did not disclose Sherri Finkbine’s identity, the physician said, the hospital feared that it would be found out and face litigation. Hospital officials refused to accept her request for an abortion.

Shocked, she called a local attorney. He recognized her voice from Romper Room and agreed to help her. His aid wouldn’t be enough, however: Once the attorney filed a suit in a local court for Finkbine, the media put two and two together and discovered that she was the anonymous source.

Subsequent stories on the subject used her name — and the Finkbines’ lives changed for the worse. The family received death threats; both Finkbine and her husband Bob their jobs, and eventually the FBI had to head to Phoenix in order to protect the Finkbine children, who were mercilessly taunted at school.