Dashrath Manjhi, The ‘Mountain Man’ Who Spent 22 Years Carving A Lifesaving Road Through A Treacherous Mountain

After Dashrath Manjhi’s wife was killed traversing a steep mountain path in 1959, he decided he would make a safer one — by hand. 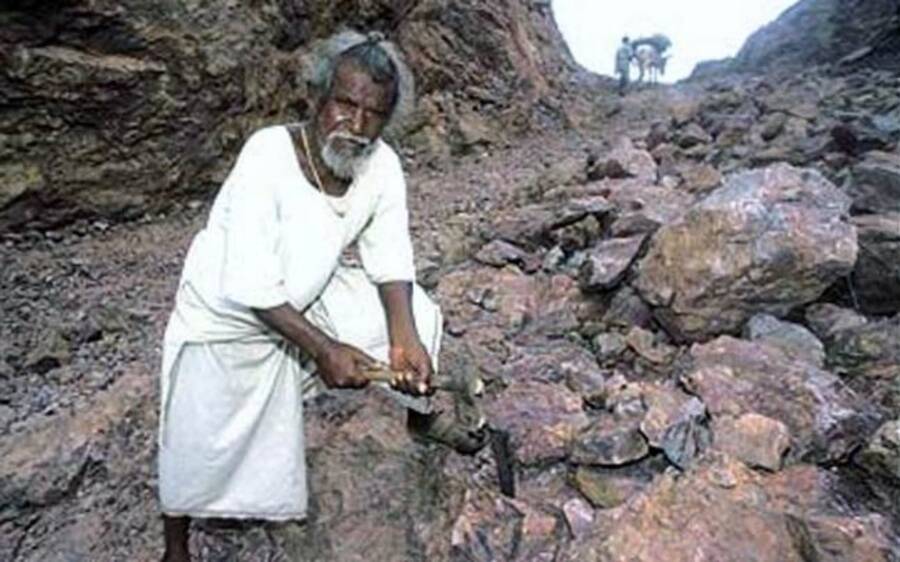 TwitterDashrath Manjhi finished carving his inimitable path in 1982. He died in 2007 and was given a state funeral.

Even though many have never heard of “Mountain Man” Dashrath Manjhi, he’s revered across India as a symbol of perseverance and sheer will.

Born into a lower caste, Manjhi spent every waking hour as an impoverished day-laborer. But his life changed in 1959 when his wife fell to her death off a cliff near their settlement in the Gehlaur Hills. With the nearest clinic 40 miles away, Manjhi was forced to watch her die.

For decades, the perilous terrain that had taken his wife had also divided local settlements from essential services, so Manjhi took matters into his own hands. Over the next 22 years, he handcarved a safer path through the mountains.

And in 1982, the 360-foot path was finally finished. It allowed for car transportation, reduced commutes by miles, and ultimately made the hills a safer place to live. This is his inspiring story.

The Tragedy That Inspired Dashrath Manjhi

On Jan. 14, 1929, Dashrath Manjhi was born into the Musahars, the lowest possible caste in Indian society, and which quite literally translates to “rat eaters.”

Raised in Gehlaur, India, Manjhi was married to a local village girl named Falguni Devi and sent to work and live onsite at the coal mines of Dhanbad. After seven years of hard labor, he finally returned home, became a day laborer, and started a family.

With one child at home and another on the way, he made no qualms about toiling for one dollar per day in order to put food on the table. Tragically, it was during a seemingly normal day at work in 1959 that his pregnant wife had her fatal accident. 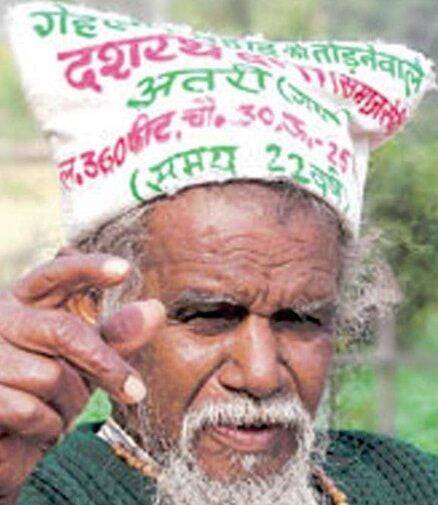 Wikimedia CommonsManjhi carved the life-saving path using only a hammer and chisel. He worked mostly by himself until locals became inspired to help him.

While bringing her husband food and water along the steep, mountainous terrain, Devi slipped. When a villager notified Manjhi of the incident, he ran off to find her at the bottom of a cliff.

The clinic was miles away, however, and too much time had passed to save her life. While his baby girl was born safely, Manjhi was grief-stricken and enraged.

In an effort to prevent such tragedies from happening again, he boldly vowed to carve a path through the mountains. He grabbed his tools.

The Legacy Of The “Mountain Man”

For 22 years, Manjhi worked to make a safer road through the mountains. He burned firewood on the rocky terrain and splashed the heated surface with water to chisel away at the cracked boulders and turn them into rubble.

When a drought struck Gahlour, Manjhi’s family moved to a city, yet he continued to carve the 30-foot wide and 25-foot high path.

“People told Manjhi that he wouldn’t be able to do it,” his nephew Dahu Manjhi said, “that he is a poor man who just needs to earn and eat.”

But Manjhi did more than that. He plowed fields to earn money during the day and resumed his personal project at night. 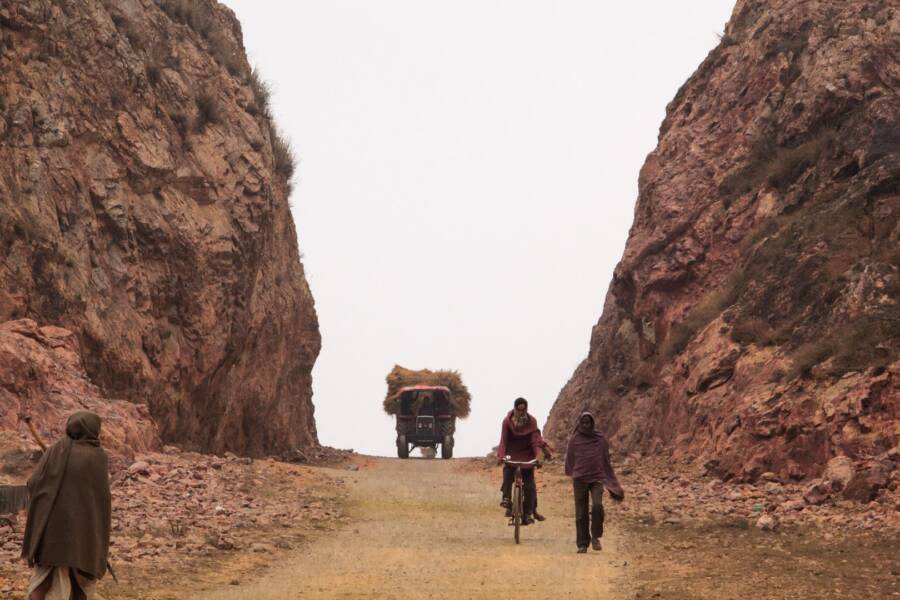 While locals eventually began to help him, not everyone was pleased. Manjhi’s father berated him for abandoning his social and familial duties, and police threatened to arrest him. When they did, the “Mountain Man” had grown so popular that advocates successfully protested for his release.

Dashrath Manjhi was able to complete the path in 1982. It was 360 feet long and changed the lives of local villagers. The 35 miles they previously had to walk in order to reach the next community were now cut down to about 10 — and nobody had to fear dying along the journey.

While Dashrath Manjhi died of gall bladder cancer in 2007 at the age of 73, his legacy lives on. He signed away the rights to his life story on his death bed with a simple thumbprint, and his tale was turned into the 2015 biopic Manjhi — The Mountain Man.

And today, even as his grandchildren continue to struggle with poverty, their name is nonetheless known across India as one of resilience — and not to be forgotten.

After learning about Dashrath Manjhi the “Mountain Man,” read about 11 unfathomable survival stories from around the world. Then, learn about 27 interesting facts about India.