How Do Governments Around The World View Abortion?

Abortion rights remain a hot topic around the world — here's how governments outside the U.S. view the issue. 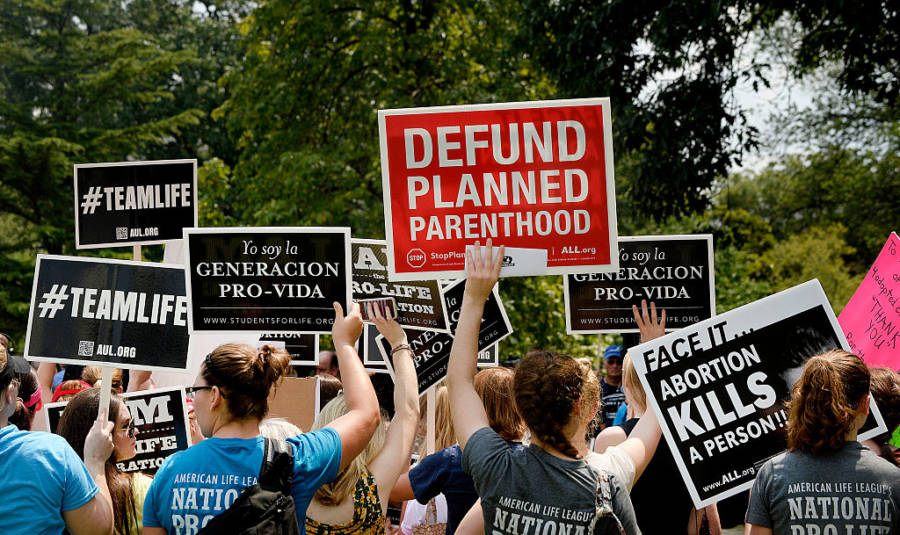 As the new Congress settles in, Republican leaders have vowed to make massive changes to the U.S. healthcare system.

In addition to repealing the Affordable Care Act — leaving millions without health insurance — they have announced plans to defund Planned Parenthood.

This effort is being led by House Speaker Paul Ryan, who in early January gave a news conference stating that the defunding effort would be made in a special fast-track bill that could pass as early as February.

“Reconciliation is a special congressional procedure allowing legislation to bypass a Senate filibuster, meaning it would need only a simple majority of senators to pass rather than a 60-vote supermajority,” The Washington Post wrote, explaining the process Republicans plan to use.

While Planned Parenthood’s 650 centers devote the vast majority of their services to providing health care, HIV testing, mammograms, education, and birth control to prevent unwanted pregnancies to its patients (most of whom come from low-income households), Republican politicians have repeatedly expressed views that the provision of abortions overrides any good the organization may be doing.

“As long as they do the abortion I am not for funding Planned Parenthood,” President-elect Donald Trump, who had previously spoken highly of the organization, said last year.

If the measure were to pass, the country’s largest abortion provider could lose about 40 percent of its funding. It currently receives about $500 million in both state and federal taxpayer funds through Medicaid and Title X, none of which is used to provide abortions except in cases of rape, incest, or threats to life of the mother.

Democrats are vehemently opposed to the measure.

“I just would like to speak individually to women across America: This is about respect for you, for your judgment about your personal decisions in terms of your reproductive needs, the size and timing of your family, and the rest, not to be determined by the insurance company or by the Republican, ideological, right-wing caucus in the House of Representatives,” House Minority Leader Nancy Pelosi said.

This debate isn’t isolated to the United States. Everywhere in the world, people disagree over when human life begins and what freedoms women are granted with regard to how they prevent and respond to unwanted pregnancies.

And though 96 percent of countries can agree that women should be able to terminate pregnancies when their own life is at risk, the differences between nations’ legislation are still significant.

In some countries, the regulations surrounding the issue align with what the international community might expect, but a few countries will surely surprise you. 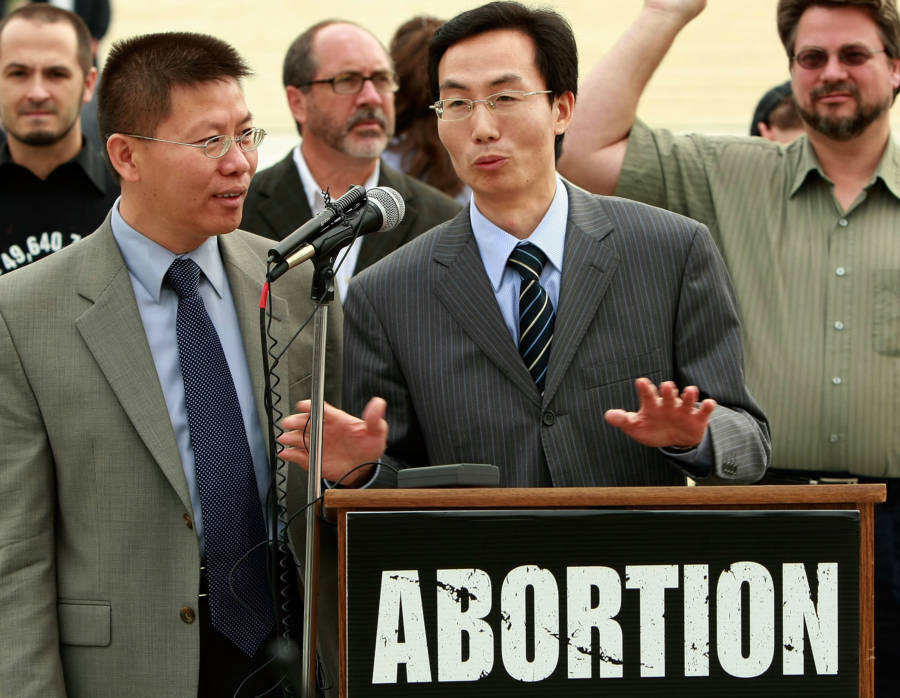 Chip Somodevilla/Getty ImagesChinese human rights lawyer Fangping Li (at podium) speaks during a news conference as about 20 anti-abortion demonstrators gather in front of the Supreme Court in Washington, D.C. in 2008. Li claimed that he had been beaten by police in China when he went to court to in an attempt to end the practice of forced abortion by the state.

China differs from other countries in that rather than restricting women from having abortions, they’ve sometimes insisted on it.

For decades, China enacted a one-child policy, officially to combat what the Chinese government deemed an overpopulation problem in urban spheres. While the nation did away with the 35-year-old piece of legislation in 2015, the government had for years sterilized or forced abortions on women — often poor — who broke the policy.

In cases where women voluntarily seek an abortion, it is free and there are few, if any, enforced restrictions.

Like many countries in Europe, both Finland and Denmark offer abortion on demand and free of charge in the first trimester. These two cases are interesting in particular, though, because of the extenuating circumstances that allow a woman to receive the procedure after the first 12 weeks of pregnancy:

In addition to the common consideration of rape, fetal defects, and physical safety, a woman’s financial resources are also looked at. If they are deemed insufficient to care for a child, the woman is allowed to receive the procedure until up to 20 weeks.