How Do Governments Around The World View Abortion? 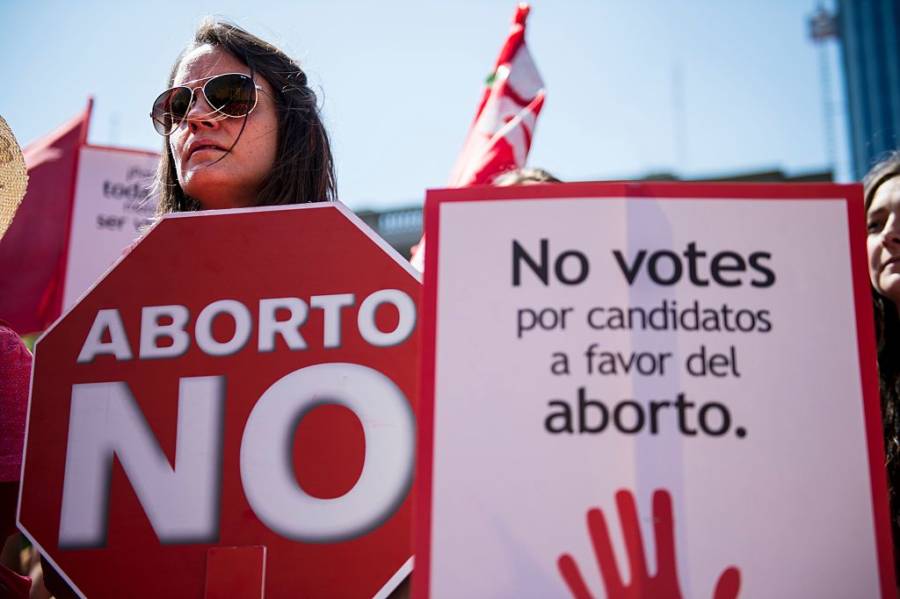 Martin Bernetti/AFP/Getty ImagesAn activist holds a sign reading “Don’t vote candidates in favor of abortion” as she takes part in a protest against abortion in Santiago, Chile on March 21, 2016.

Due, in part, to its status as a Catholic stronghold, Latin America is more strict about abortion rights than any other region in the world. In fact, five out of the seven countries in which abortions are completely banned and criminalized, regardless of safety concerns to the mother, are in this region.

These countries are Chile, Nicaragua, El Salvador, Honduras and the Dominican Republic (the other two countries in the top seven are Vatican City and Malta).

Because of these restrictions, “95% of the 4.4 million abortions performed in the region in 2008 were unsafe,” according to the Guttmacher Institute.

In 2014, the southeast African nation of Mozambique passed a law to legalize abortion for unwanted pregnancies, making it one of the few African nations to do so.

Though many countries in the region allow the procedure when the woman’s life is at risk, Mozambique took the extra step of allowing women to end a pregnancy at their discretion during the first 12 weeks — the first 16 in cases of rape.

The new rules were passed in response to the growing number of maternal deaths from unsafe abortions. About 1.7 million women are hospitalized in the region each year for complications caused by back-alley procedures.

Abortion at up to 20 weeks into pregnancy has been legal and partially covered under health insurance in India since 1971, but with a few conditions.

In India, doctors and prosecutors take the woman’s marital status into account: If the woman is unmarried, she is often refused an abortion or penalized for receiving one due to the social stigma against sex outside of marriage.

In December, the government proposed new regulations that would extend the timeline to cover abortions within 24 weeks of conception and would stipulate that the regulations apply to all women — single and married.