The Japanese-American internment camps serve as a stark reminder of what angry, frightened Americans are capable of. 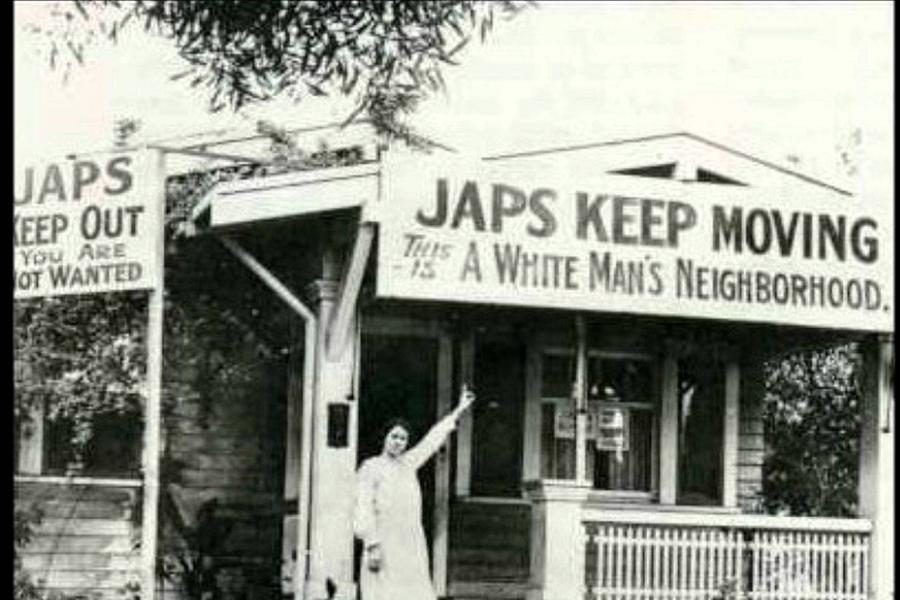 In 1941, more than 100,000 people of Japanese ancestry – two-thirds of whom were natural-born citizens of the United States – lived and worked in the West Coast states. In July of that year, the U.S. government imposed sanctions on the Empire of Japan aimed at breaking its war machine.

It was strongly suspected that this would eventually trigger a war with Japan, so when, on September 24, a Japanese cable was intercepted that suggested a sneak attack was being planned, the Roosevelt Administration took it very seriously. One of Roosevelt’s first acts was to commission Detroit-based businessman Curtis Munson to investigate the loyalty of America’s Japanese population.

The Munson Report, as it came to be known, was assembled in record time. Munson delivered his draft copy on October 7, and the final version was on Roosevelt’s desk a month later, on November 7. The report’s findings were unequivocal: No threat of armed insurrection or other sabotage among the overwhelmingly loyal Japanese-American population existed.

Many of them had never even been to Japan, and quite a few of the younger ones didn’t speak Japanese. Even among the older, Japan-born Isei, opinions and sentiment were strongly pro-American and were not likely to waver in the event of war with their mother country.

Taken in isolation, the Munson Report strikes a hopeful note about Americans’ ability to set aside differences of race and national origin and build healthy communities. Unfortunately, the Munson Report was not taken in isolation. By the end of November, thousands of law-abiding Japanese-Americans had secretly been designated “high-risk” and were quietly arrested. These unlucky people would have to hear about America’s Day of Infamy from inside their jail cells. Worse was yet to come. 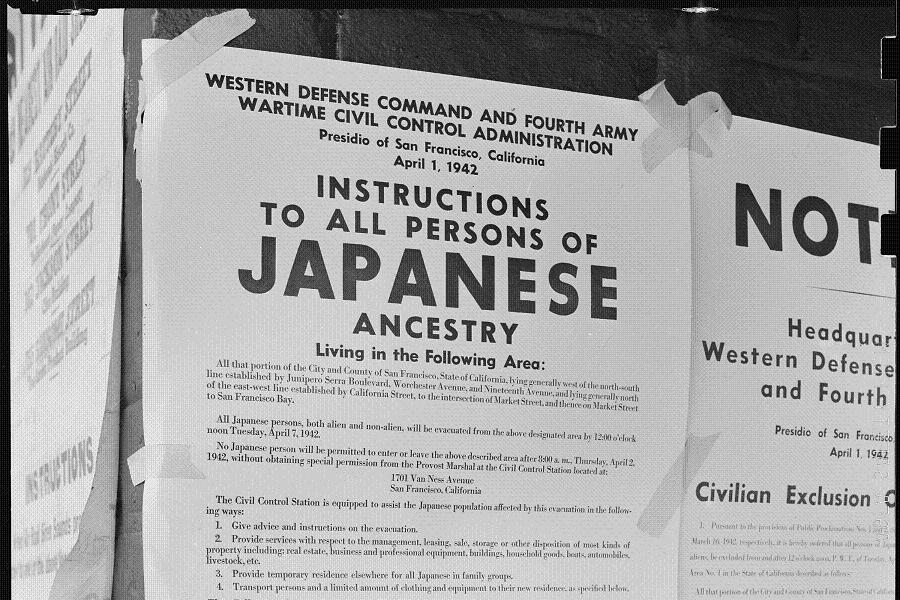 Wikimedia CommonsTens of thousands of families were informed of their outlaw status by publicly posted notices such as these, hung at the intersection of First and Front Streets in San Francisco.

Immediately after the December 7 attack, Americans were angry and looking for a way to deal with the blow. Ambitious politicians were happy to oblige and played to the worst instincts of a frightened public. Then-Attorney General and later California Governor Earl Warren, the man who would later drive the Supreme Court to adopt groundbreaking anti-segregation rulings, wholeheartedly supported the removal of ethnic Japanese in California.

Though removal was a federal policy, Warren’s support paved the way for its smooth execution in his state. Even in 1943, when fear of Japanese Fifth Column activities had become completely untenable, Warren still supported internment enough to tell a group of fellow lawyers:

“If the Japs are released, no one will be able to tell a saboteur from any other Jap. . . We don’t want to have a second Pearl Harbor in California. We don’t propose to have the Japs back in California during this war if there is any lawful means of preventing it.”

Warren wasn’t alone in his sentiments. Assistant War Secretary John McCloy and others in the Army command prevailed on President Roosevelt to sign Executive Order 9066 on February 19, 1942. This order, which the Supreme Court later found to be constitutional, established an “Exclusion Zone” that started on the coast and covered the western halves of Washington and Oregon, all of California to the Nevada border, and the southern half of Arizona.

The 120,000 designated “Enemy Aliens” in this zone were unceremoniously rounded up and shipped out. They were given virtually no time to sell their possessions, homes, or businesses, and most lost everything they had ever owned. Civilians who hindered the evacuations – say, by hiding Japanese friends or lying about their whereabouts – were subject to fines and imprisonment themselves. By the spring of 1942, the evacuations were underway across the Exclusion Zone.

“We Were All Innocent” 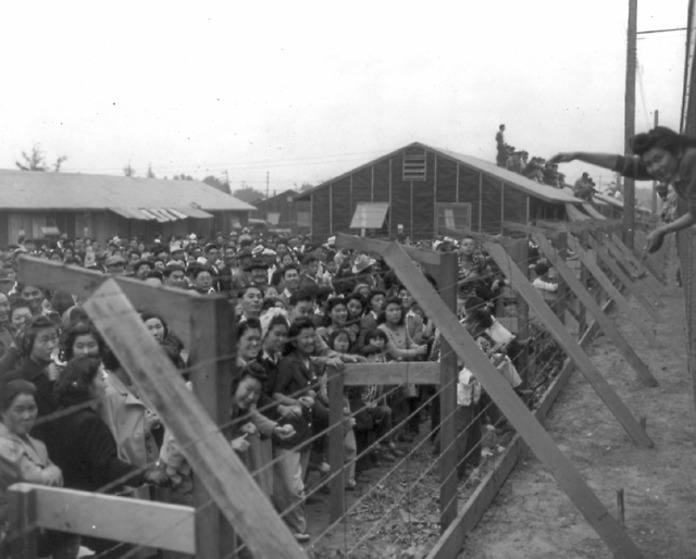 Oral History ProjectWomen and children crowd together behind barbed wire to greet new arrivals to their camp.

For Japanese-Americans caught up in the early arrests, the first sign of trouble came when the FBI and local police knocked on their doors. Katsuma Mukaeda, a young man then living in Southern California, was one of the first caught in the net. In his own words:

“On the evening of December 7, 1941, I had a meeting about a dance program. . . I went home at about 10:00 p.m. after the meeting. At about 11:00 p.m. the FBI and other policemen came to my home. They asked me to come along with them, so I followed them. They picked up one of my friends who lived over in the Silver Lake area. It took over an hour to find his home, so I arrived at the Los Angeles Police Station after 3:00 that night. I was thrown into jail there. They asked for my name and then whether I was connected with the Japanese Consulate. That was all that occurred that night.

Other Japanese-Americans got the news after Public Law 503 was enacted (with just one hour of debate in the Senate) in March 1942. This law provided for the legal removal and internment of civilians, and it sent the message to its intended victims that nobody would be spared. Marielle Tsukamoto, who was a child at the time, later recalled the atmosphere of dread:

“I think the saddest memory is the day we had to leave our farm. I know my mother and father were worried. They did not know what would happen to us. We had no idea where we would be sent. People were all crying and many families were upset. Some believed we would not be treated well, and maybe killed. There were many disturbing rumors. Everyone was easily upset and there were many arguments. It was a horrible experience for all of us, the old people like my grandparents, my parents and children like me. We were all innocent”

Early Days At The Camps 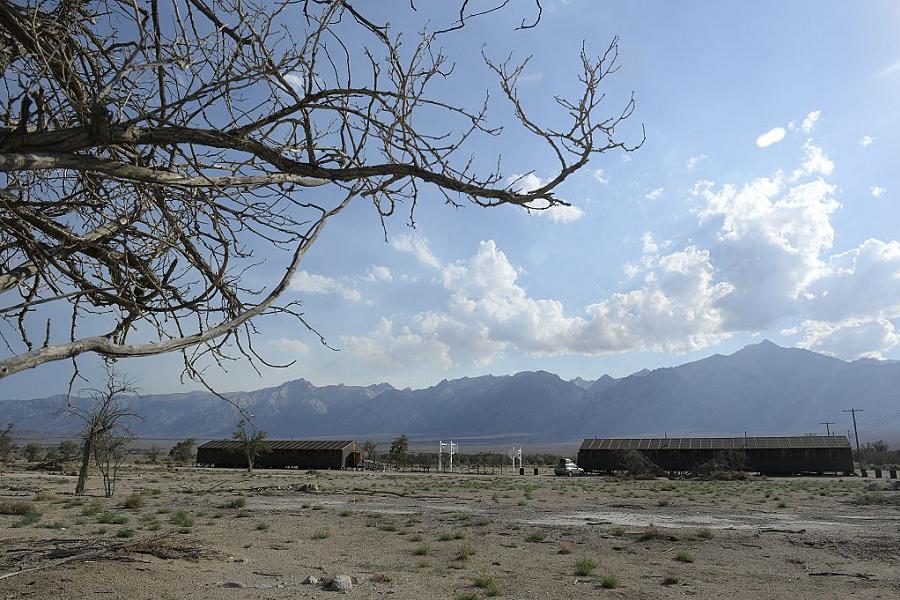 ROBYN BECK/AFP/Getty ImagesMany internment camps were intended to be self-supporting, but poor soil and unpredictable rainfall made farming virtually impossible at camps such as Manzanar, in the California Desert.

When Katsuma Mukaeda and his friend were arrested, they had to be taken to local jails because there was no other place to house them. As the number of internees increased, space became scarce and the authorities began thinking about solutions to the logistical challenges of housing over 100,000 people.

The answer, which only took a few months to put together, was to build a network of 10 concentration camps for the Japanese. These were usually situated in very remote, very harsh locations, such as California’s Manzanar camp, which sat in the baking desert of Inyo Country, or the Topaz center, where Marielle Tsukamoto’s family was sent, along with future actor Jack Soo of Barney Miller fame, which squatted on an empty desert flat in Millard County, Utah.

Camp planners had intended these facilities to be self-supporting. Many Japanese-Americans at that time worked in landscaping and agriculture, and planers expected that the camp facilities would grow enough of their own food to operate independently. This was not the case. The average camp held between 8,000 and 18,000 people and sat on almost completely unproductive land, which made attempts at large-scale agriculture futile.

Instead, adults in the camp were offered jobs – often making camouflage netting or other War Department projects – that paid $5 a day and (theoretically) generated the revenue to import food to the camps. In time, a stable economy grew inside the centers, with families earning some money and local traders plugging the gaps with black market items bought from guards. Unbelievably, life started to stabilize for the inmates.