While wearing a mask similar to the one from the Scream franchise, the workers called the children "monsters," then chased them around the room as they cried. 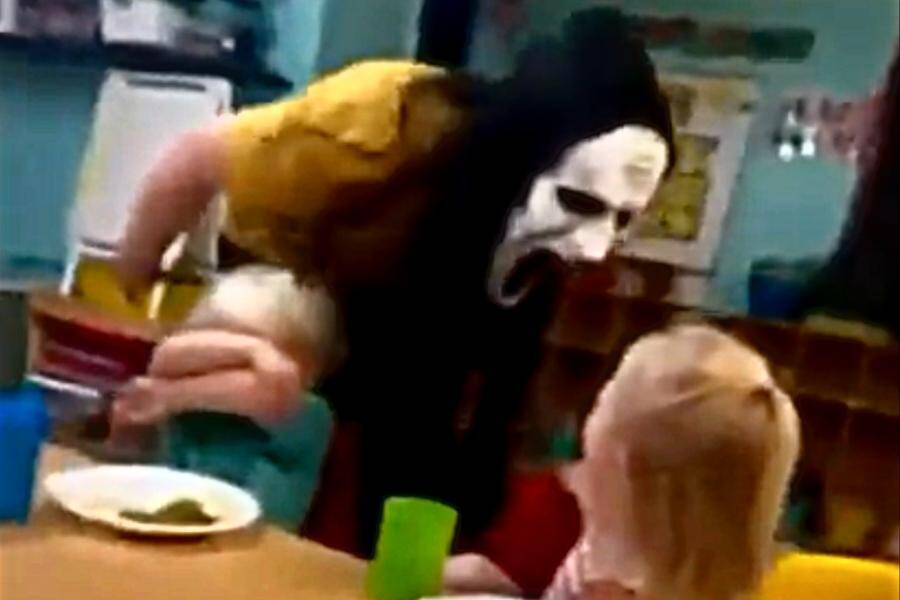 Twitter“Are you being bad? Do I need to take you outside?” one of the workers in the video asked a crying, petrified child. “No,” the child replies, hiding their face.

Five former employees of Lil’ Blessings Child Care and Learning Center in Hamilton, Mississippi are facing charges of child abuse after a video of the workers terrifying the young children in their care surfaced online on October 6, 2022.

The Independent reports that the individuals were identified as Sierra McCandless, Oci-Anna Kilburn, Jennifer Newman, Shyenne Shelton, and Traci Hutson.

What is WRONG with people? I will never understand sick adults who get off on terrorizing children. It’s not funny or cute. It’s hateful and perverse and they should never be allowed to work with kids again pic.twitter.com/krBXkIjUNd

In the video, the women wear Ghostface masks and sneak up on the unsuspecting children, taunting them and calling them “monsters.”

At one point in the clip, one of the masked employees can be seen chasing a crying child around the room while, off-camera, the other children in the room scream and wail in fear.

Each of the women now faces three felony counts of child abuse, and Traci Huston faces two additional misdemeanor charges for failure to report abuse and simple assault against a minor. 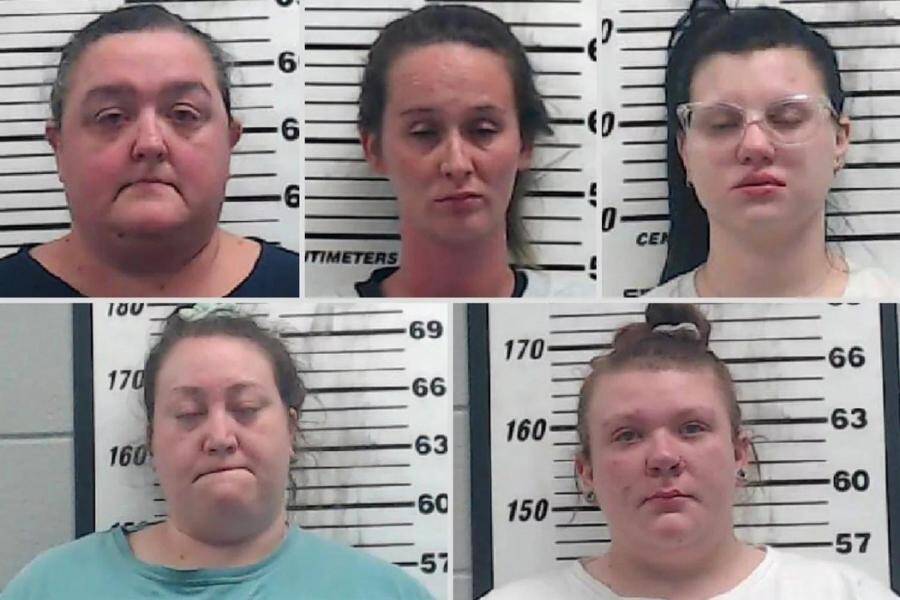 The videos from the daycare were filmed on two separate days, one in September and one in October, but daycare owner Sheila Sanders was not present at the time and claimed she was unaware of either incident until the videos blew up online.

“The people that did those acts are no longer with me,” Sanders told local news outlet WTVA. “I do not condone that. I just wanted to say that it is being taken care of.”

As The Daily Mail reports, Sierra McCandless, who refers to herself as CeeCee, took to Facebook to address the abuse in a 19-minute video.

McCandless appears in the viral video donning the Ghostface mask, getting within inches of children’s faces, and grabbing children who tried to run away — all of which she said “wasn’t meant to harm anybody and it wasn’t ill-intentioned.”

“The teachers asked me if I would do it or if they could use [the mask] to get their class to listen or clean up,” she said. “I’m not a child abuser.”

“I was in complete shock of what I witnessed,” Katelyn Johnson, the mother of a child who attends Lil’ Blessings, told ABC News. “Whether they had a mask on or a mask off, their behavior was unacceptable. My blood pressure was raised. It broke my heart for my child. I was angry.”

In the video, as McCandless prowls the room scaring the children, the employee filming is heard laughing off-camera.

“I didn’t go in there with intentions to literally traumatize those children,” McCandless added. She also said that the children reacted in different ways, some crying, others laughing, and a few staring blankly at her. 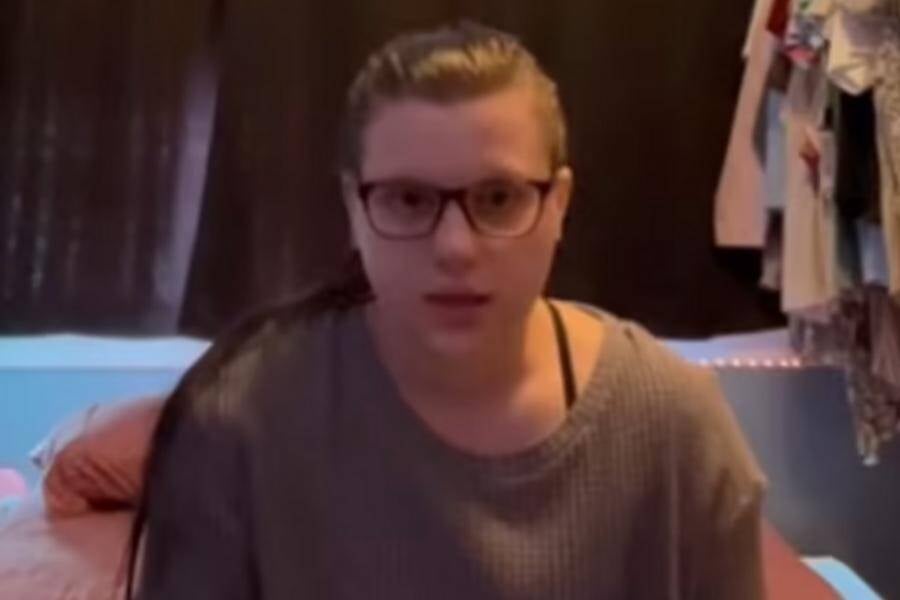 The mask, she said, was purchased to scare her coworker — not the children.

“What you all didn’t see was after I had left the room, I took it off and I went back into the classroom,” she continued, “and I said, ‘CeeCee got the monster. It’s not coming back.’ And they would hug me. I’ve known those kids their whole life.”

She also cited what she claimed to be a similar stunt that took place around Christmas.

The children, she said, reacted the way they did “because they are children.” 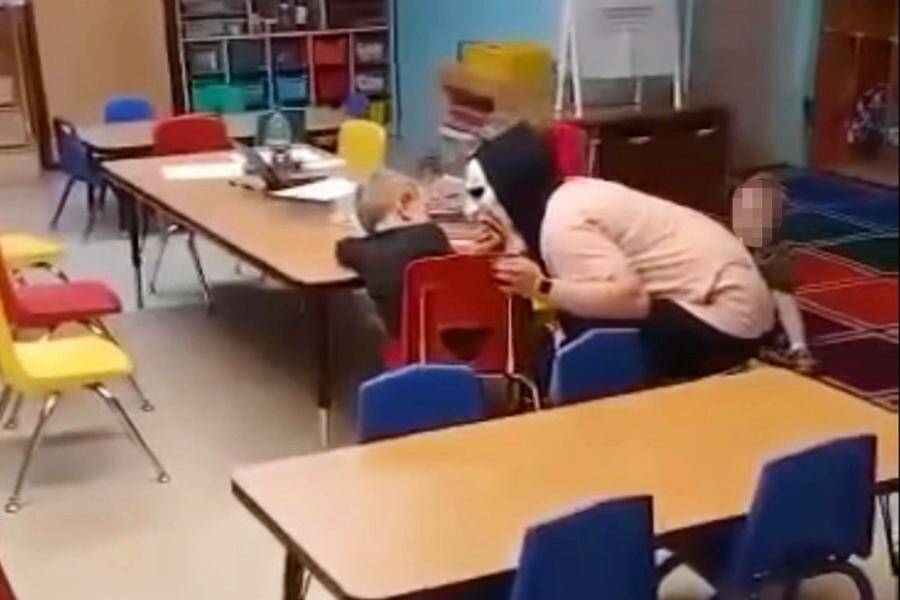 TwitterSierra McCandless, wearing a scary Halloween mask, inches away from a child’s face.

“I want them to see the terror on [my daughter’s] face because that is what I see every night,” Alyssa Hayes, another parent whose child was a victim of the “prank,” told ABC News.

The employee who filmed the video, Jennifer Kayla Newman, also wrote a post on Facebook explaining why she took the recording.

“A couple of weeks ago some girls at the daycare bought Halloween masks to scare the kids, they did it and I never got it on video,” she said. “When I heard she was going to do it again, I recorded to get the proof and then the video was sent to parents to show them how their child was being treated… I did not video this for sh*ts and giggles.”

After the video went viral, local authorities, the County Prosecuting Attorney, and the District Attorney met with the children’s parents to discuss options and informed them of potential criminal charges they could file against the daycare workers.

“I admit it was very hard to watch these videos,” Sheriff Kevin Crook wrote on Facebook. “It made me sick to my stomach to think of the terror those kids were enduring.”

Unfortunately, Lil’ Blessings isn’t the first daycare to create an unsafe environment for children. Read about the Michigan daycare that kept guns on the premises — leading a toddler to shoot two others. Then, read about five shocking acts of child abuse that used to be completely legal.