Officials now grapple with the multimillion-dollar question of what exactly to do with all of these corpses. New findings indicate that thousands of corpses are buried on the grounds of a Mississippi mental asylum that shut down nearly a century ago.

Underground radar shows that as many as 7,000 patients’ bodies lie underneath what was once the Mississippi State Insane Asylum. Shuttered in 1935, the asylum sat on what is now the site of the University of Mississippi Medical Center (UMMC) in Jackson, reports The Clarion-Ledger.

Now UMMC, which wants to build on the ground in question, must decide how exactly to deal with all of these bodies. Exhuming and reburying the bodies would cost about $3,000 each for a total of approximately $21 million. However, UMMC is now also weighing a cheaper, in-house exhumation alternative that would cost closer to $3.2 million.

Furthermore, the university would like to establish both a memorial and a lab at which researchers could study these remains and investigate what life was like inside a mental institution 100 years or more ago. 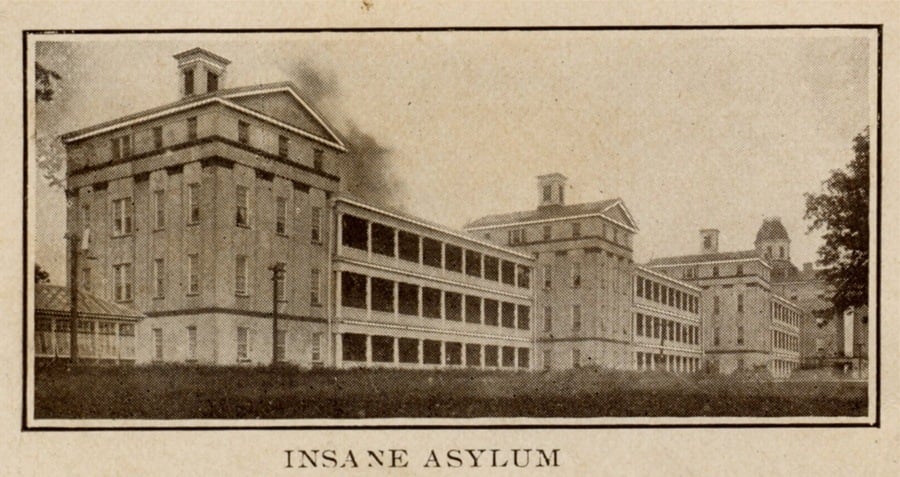 Founded in 1855, the Mississippi State Insane Asylum was the first in the state. And while it was a step up from the conditions in which the state’s mentally ill had been held (including attics and prisons), “life remained harsh” inside the asylum, The Clarion-Ledger writes. Indeed, between 1855 and 1877, more than one in five of the facility’s patients died.

And so the bodies that have now been discovered began to amass. Officials first made this discovery in 2013, when they found 66 coffins while building a road on the campus grounds. the following year, radar scans revealed another 1,000 coffins.

But now, additional radar work has revealed at least 2,000 coffins spread across the campus’ 20 acres.

Although these coffins may be the legacy of a benighted past, the university now aims to handle the matter with the utmost sensitivity. “We have inherited these patients,” UMMC’s Dr. Ralph Didlake told The Clarion-Ledger. “We want to show them care and respectful management.”

Next, take a look at 44 haunting photos captured inside mental asylums of decades past. Then, travel back even further and see what life was like inside the mental asylums of Victorian England. Finally, step inside Bedlam, London’s notoriously horrific asylum.