British scientists use brain scans to officially prove for the first time ever that drugs like LSD and magic mushrooms truly do open the mind. 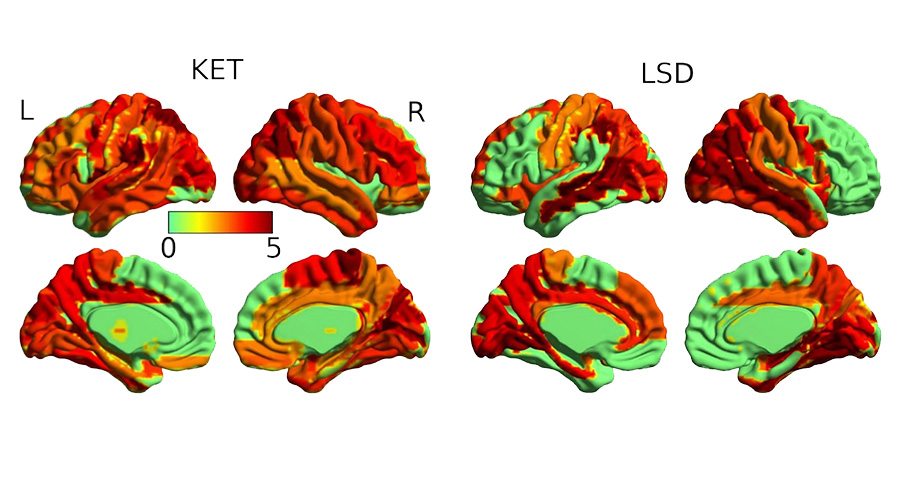 For the first time ever, scientists have demonstrated what so many users have been preaching for decades: Psychedelic drugs do in fact create an “elevated level of consciousness.”

That summation comes from new research published in Scientific Reports in which scientists administered either LSD, ketamine, and psilocybin (the compound found in magic mushrooms) to healthy subjects in order to monitor their brain activity while they were under the drug’s influence.

Sure enough, the University of Sussex and Imperial College, London researchers found that random brain activity increases to significantly above average levels in people who are using psychedelic drugs. Specifically, neurons begin firing in unpredictable ways that researchers simply haven’t observed under other circumstances.

“What we find is that under each of these psychedelic compounds, this specific measure of global consciousness level goes up,” University of Sussex’s Anil Seth told the Guardian.

Specifically, the researchers found in their subjects increased neural activity in the parts of the brain that deal with perceptions.

“I think people would have the intuitive idea that their experience on psychedelic compounds is a bit more random, a bit less constrained, that there’s a mixing of the senses, and all kinds of connections that are experienced between things that are previously unconnected,” Seth said.

With conclusions like these, the researchers are no interested in understanding more about different levels of consciousness in humans and in further investigating how various drugs can affect psychiatric patients so that doctors can give the most appropriate prescriptions.

But for now at least, this study seems to push psychedelics further into the realm of hard science.

“People tend to associate phrases like ‘a higher state of consciousness’ with hippy speak and mystical nonsense. This is potentially the beginning of the demystification, showing its physiological and biological underpinnings,” Seth said. “Maybe this is a neural signature of the mind opening.”

Next, read the recent report indicating that magic mushrooms have long-lasting health benefits. Then, see what krokodil, the Russian zombie drug, can do to the human body.