What Happens To Your Body When You Do Krokodil, The “Zombie Drug”

The drug currently known as krokodil was born in the early 1930s as desomorphine, a fast-acting medical alternative to morphine. But by the 1990s, Russian doctors began noticing reptilian patches of skin on some drug addicts in Siberia and Far East Russia.

Today, the drug’s cheap, concentrated power makes it ideal for smuggling all over the world–including, recently, the United States. And those scaly patches are just the beginning. The effects of krokodil–fittingly, also known as the “zombie drug” or “cannibal heroin”–get far, far worse… 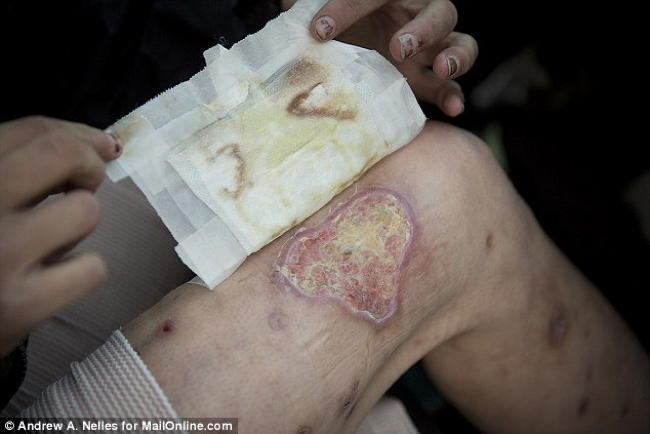 Krokodil's popularity owes something to the immense pressure Russia has put on the heroin trade...Daily Mail 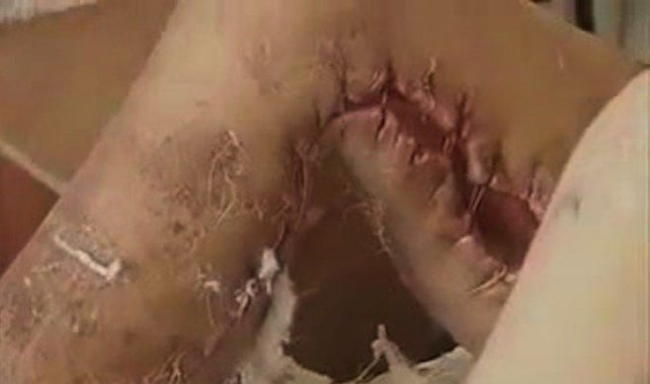 Authorities have seized so much heroin that its price has risen, making it too expensive for most users.Pinterest 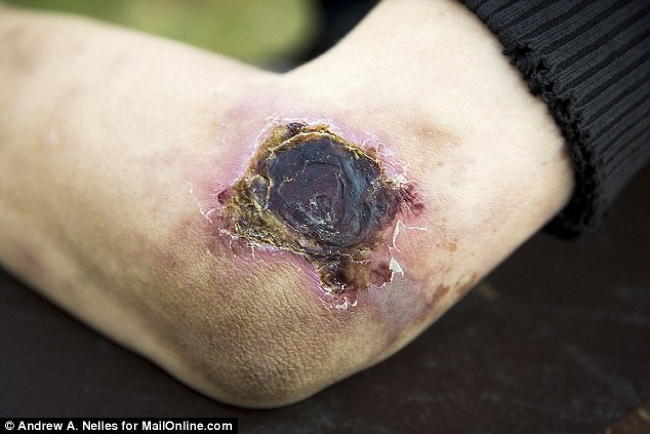 Krokodil, on the other hand, is extremely cheap.Daily Mail 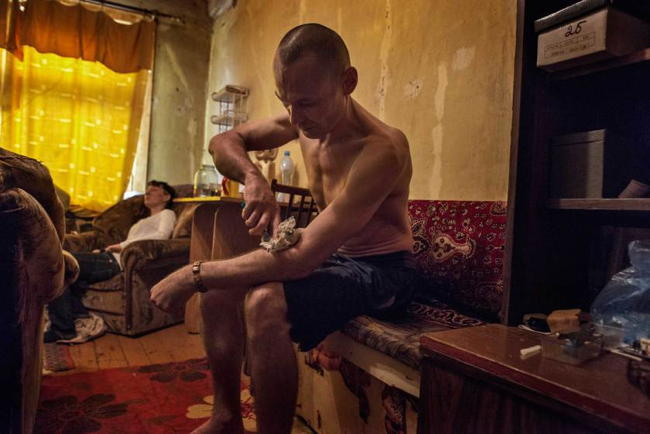 Its price has made it a popular alternative to other drugs -- in just the first three months of 2011, Russian authorities confiscated 65 million doses of krokodil. TIME 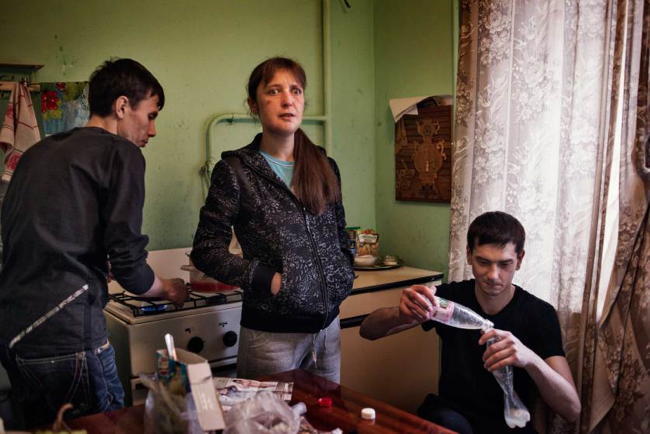 At the peak of krokodil's popularity, there were over 1 million addicts in Russia alone, all taking advantage of its low cost.TIME 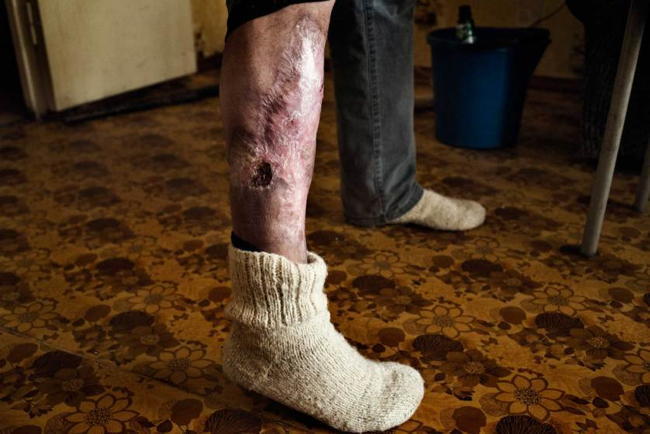 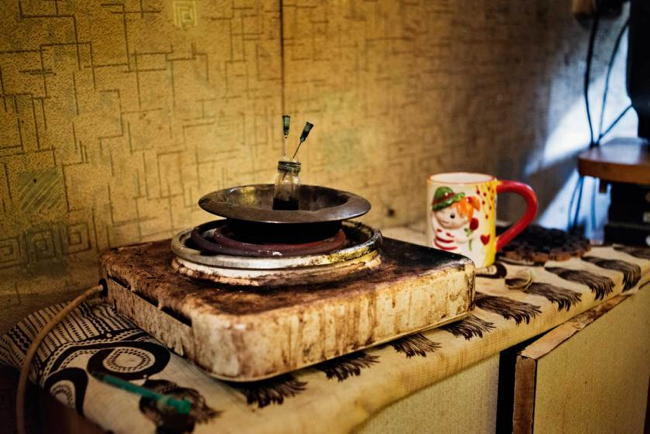 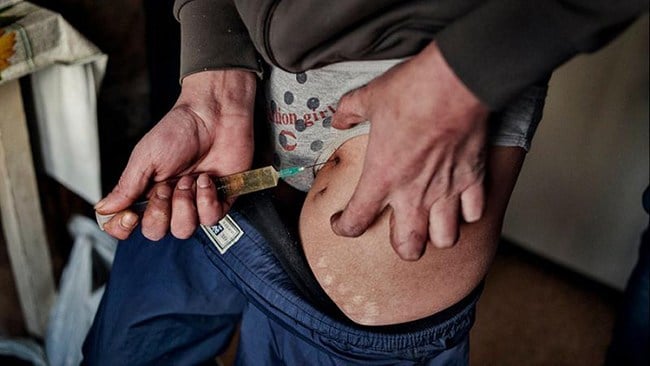 The cooking conditions and poisonous additives make the drug so dangerous that it causes users' veins to burst after just a few shots.ANIMAL 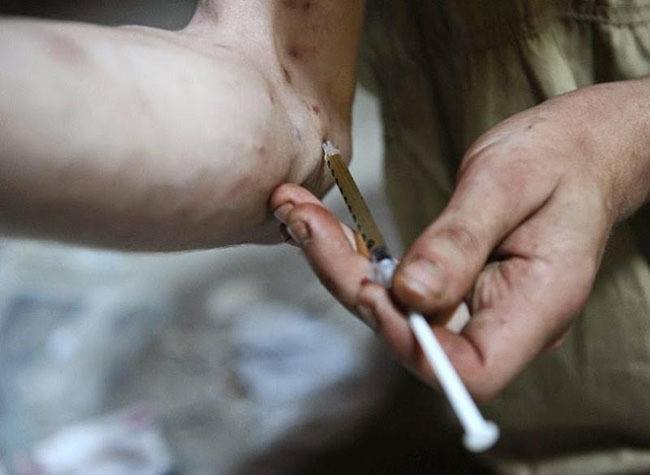 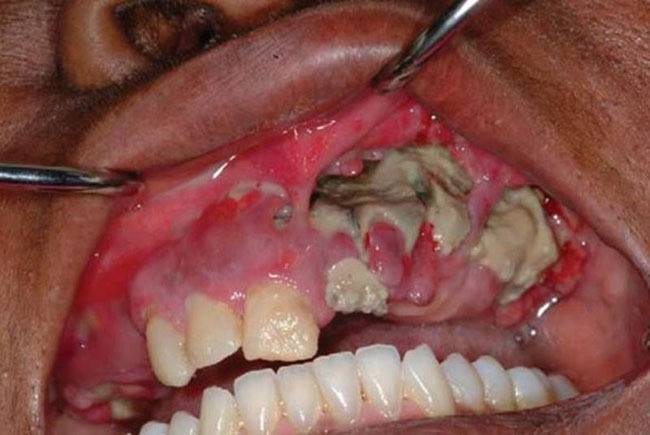 The hunt for new injection sites sometimes gets desperate. That gray tissue is receding bone.SPYR 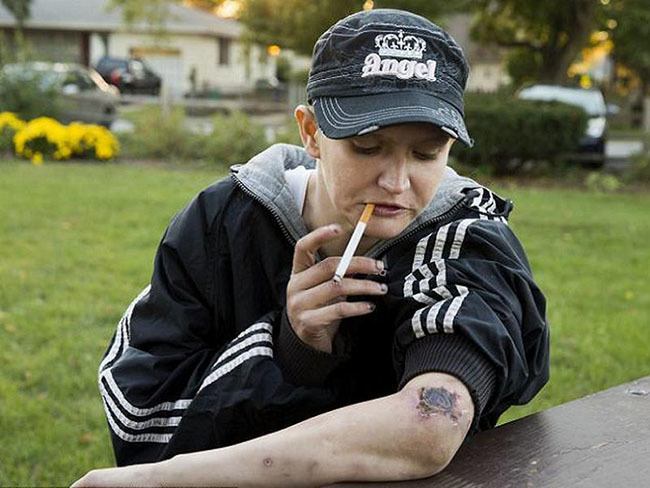 It isn't long before greater damage starts to show. First, users experience hematomas, painful swellings that are basically pockets of the drug pooling under the skin.Nyugat 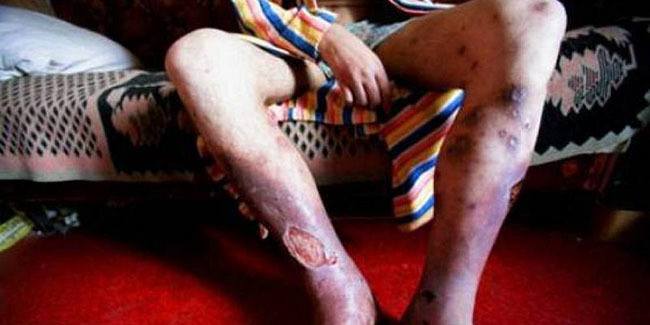 Blood seeps out of the user's capillaries and causes painful swelling.The Huffington Post 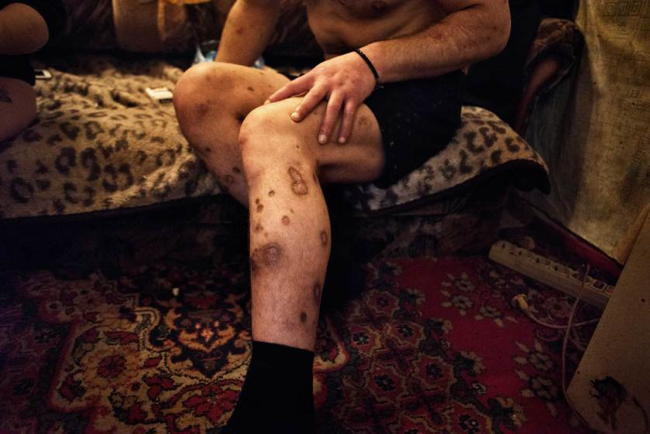 Next, gangrene sets in and the flesh starts to rot. Lesions like the one above will not heal.TIME 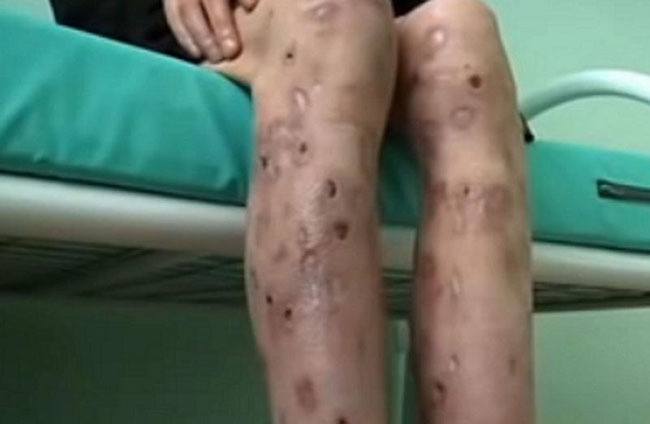 Eventually, the flesh starts to die at every injection site.The Independent 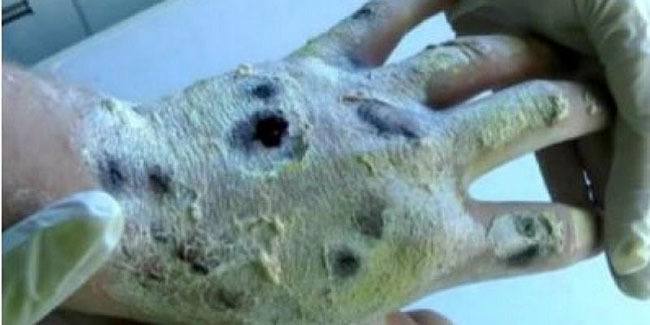 The dead flesh causes scales, which are the source of the drug's street name.The Huffington Post 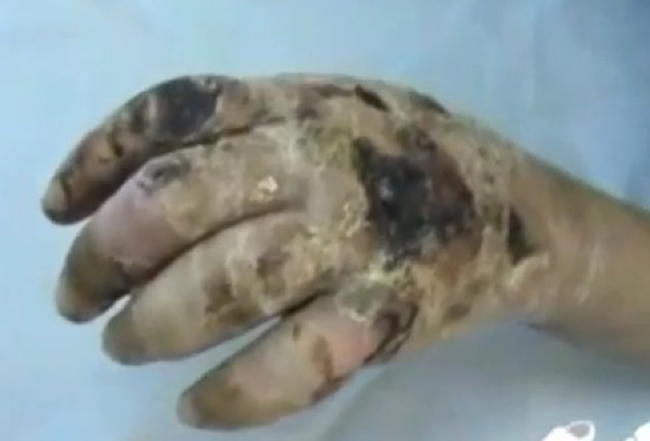 In addition to scales, some users' skin turns black and green.Pinterest 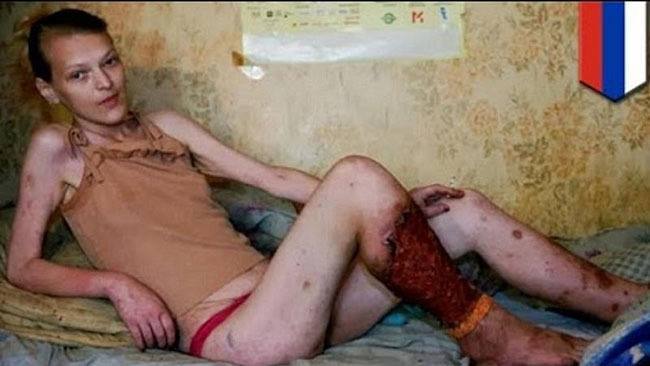 When the layers of skin have been damaged enough, they detach from the underlying muscle and bone. Dailymotion 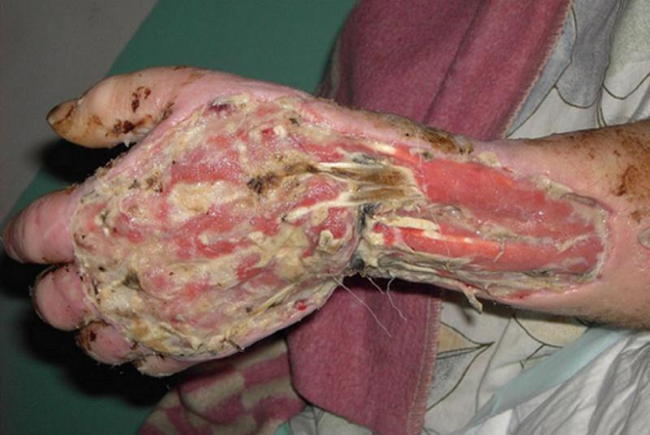 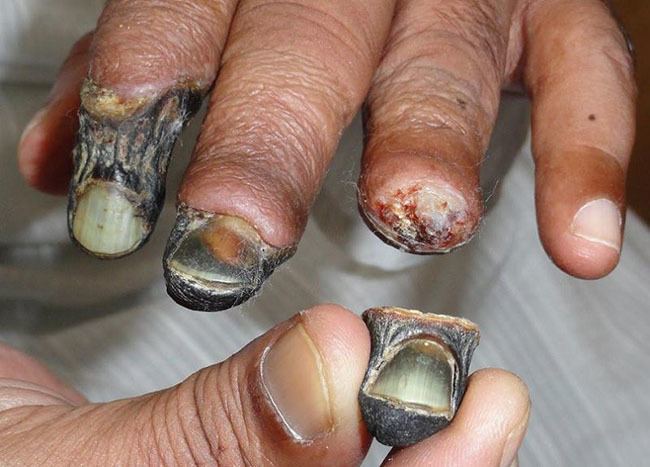 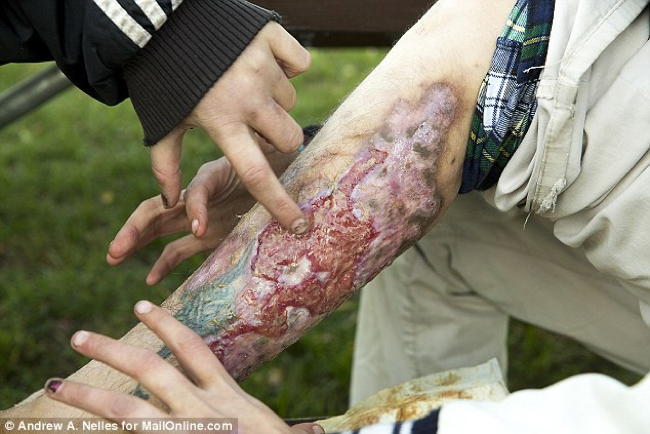 Finally, death is, of course, the end result. Estimates place the average krokodil user’s life expectancy at a little under one year, once they start using regularly.Daily Mail 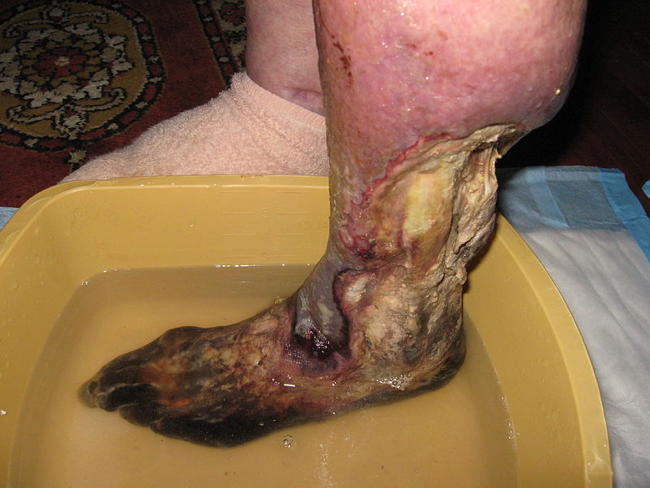 Some life expectancy estimates are as high as two to three years, but few users can last longer than that.Imgur

VICE went to Russia to learn more about the zombie drug — you can check out its chilling effects in the video below:

If you liked this post on krokodil, check out our other features on life inside the home of a Mexican drug lord and fascinating facts about Pablo Escobar. Then read up on the dangerous drug known as Devil's Breath (a.k.a. burundanga). And be sure to like All That Is Interesting on Facebook!