A brutal look at how Nyaope (a.k.a. Whoonga) -- the devastating drug made with rat poison and HIV meds -- is wreaking havoc in South Africa.

One day last July, South African photographer Mujahid Safodien followed a few local addicts as they scored their dose, injected it, crashed, started a fire to stay warm in the abandoned building they were squatting in, then finally got up and walked off, out to do the same thing all over again. The drug was nyaope — also known as whoonga or wunga — and for the past decade, it’s been eating away at the slums of South Africa… 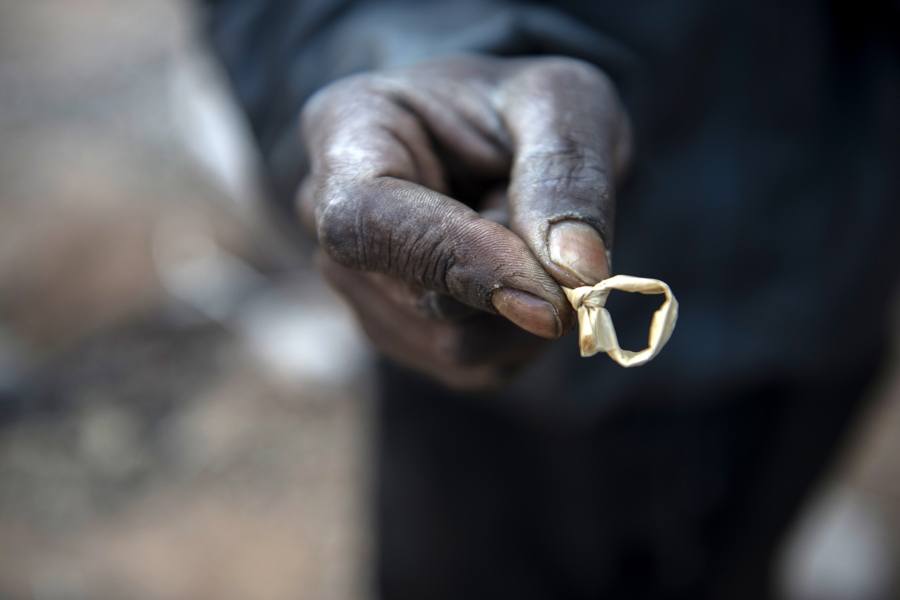 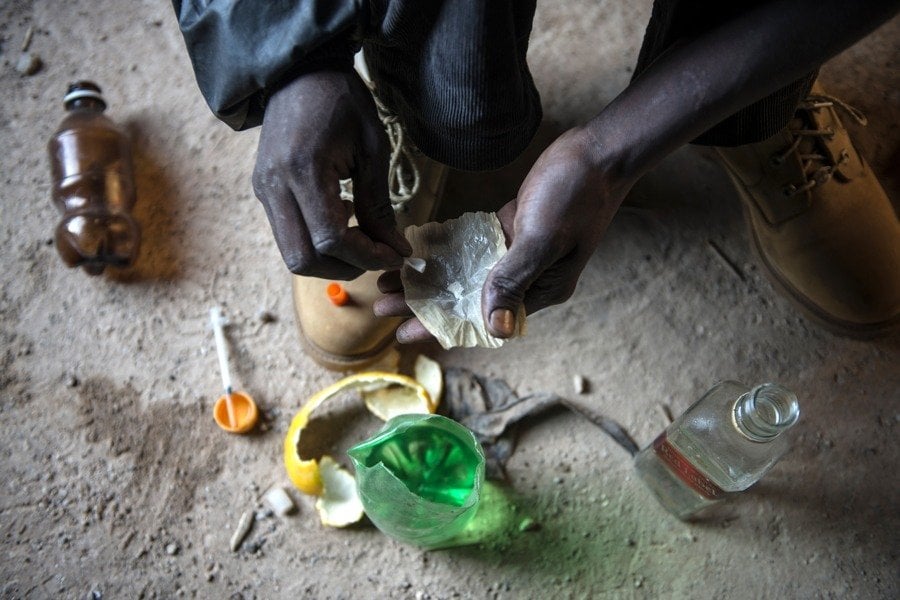 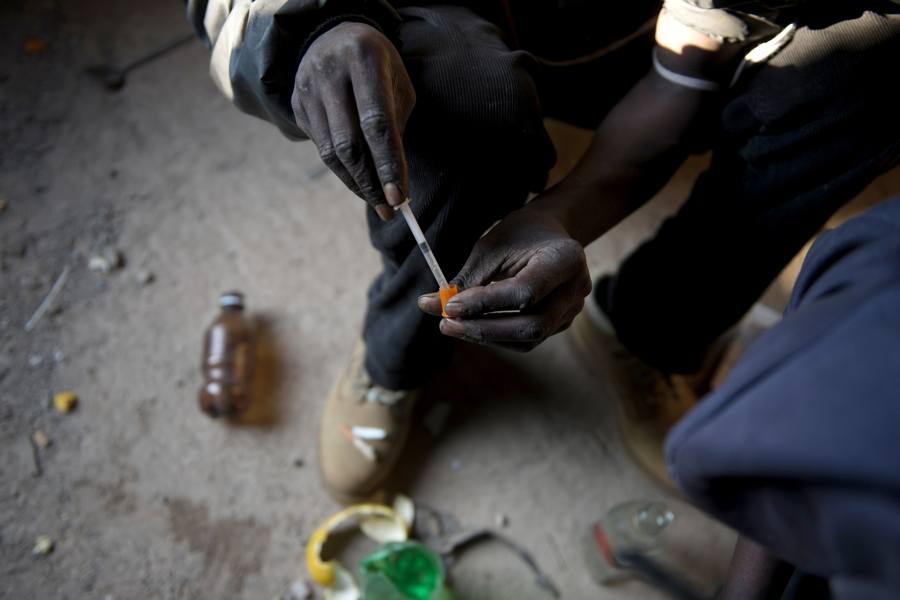 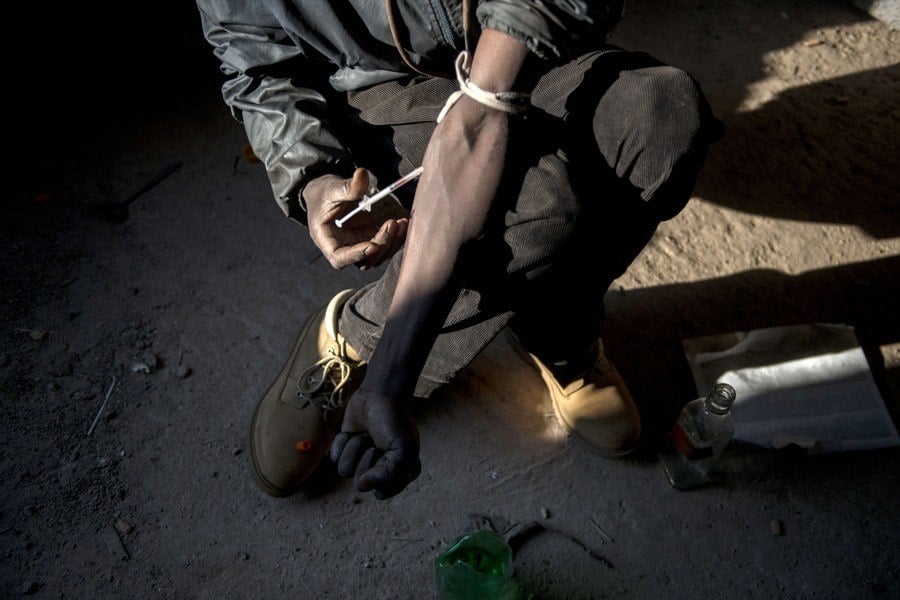 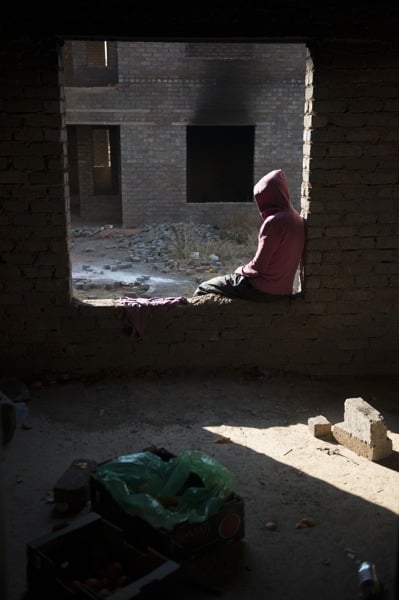 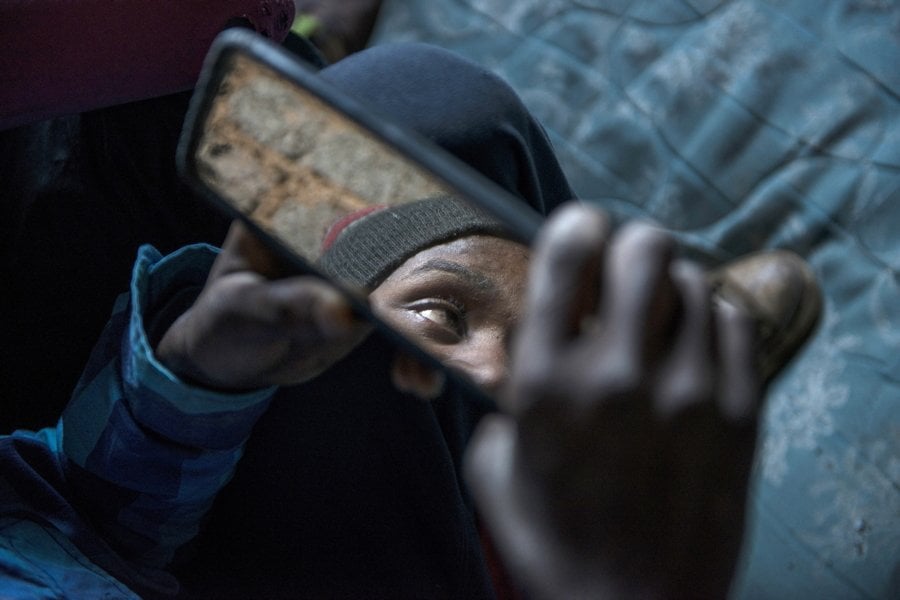 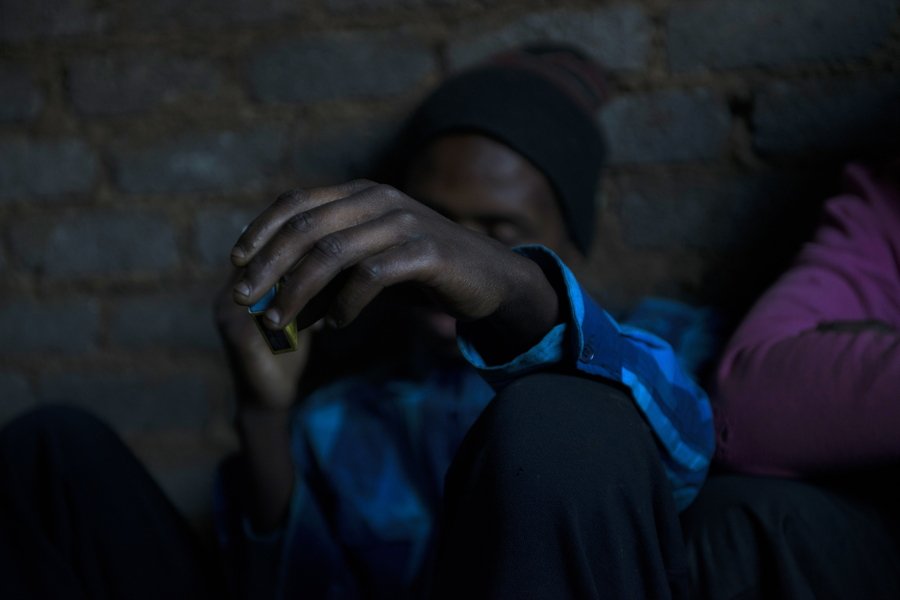 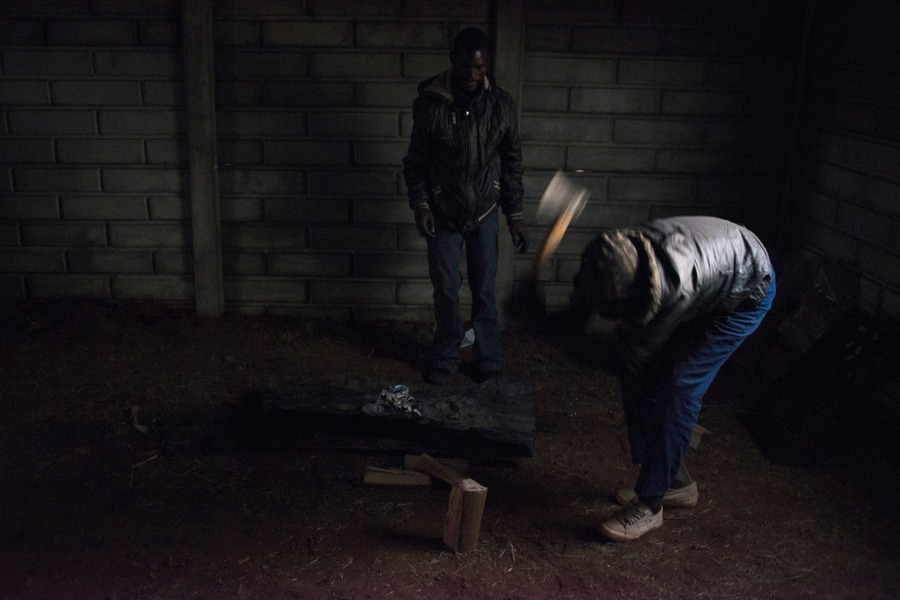 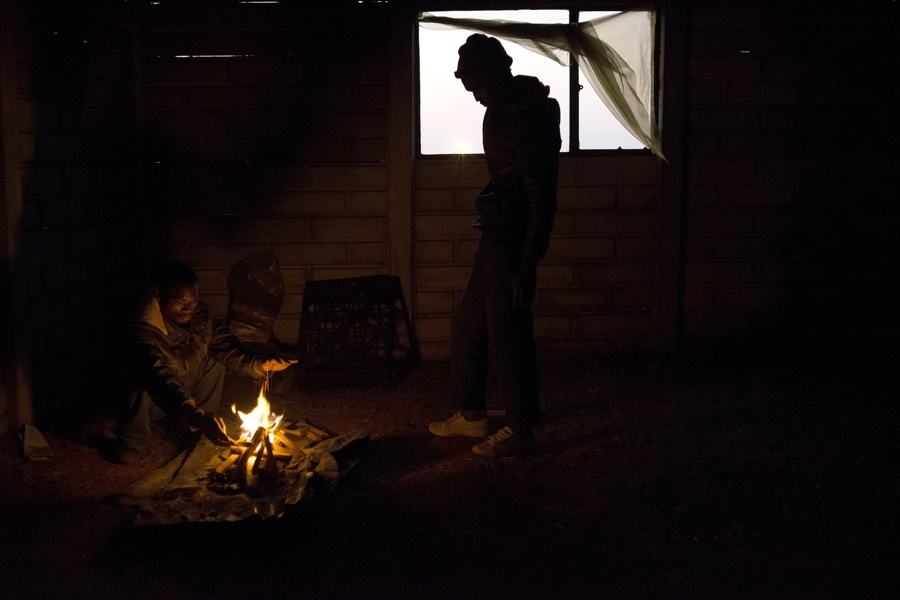 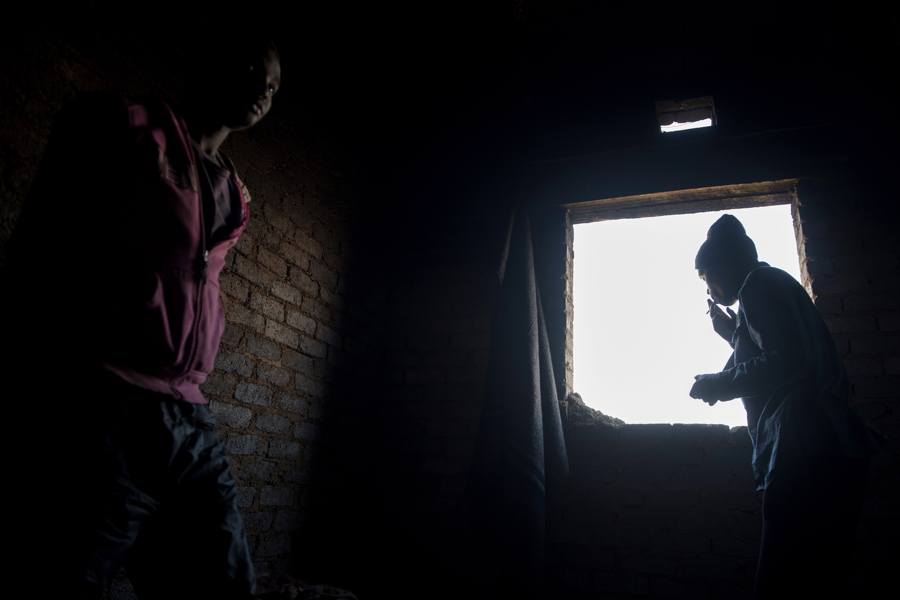 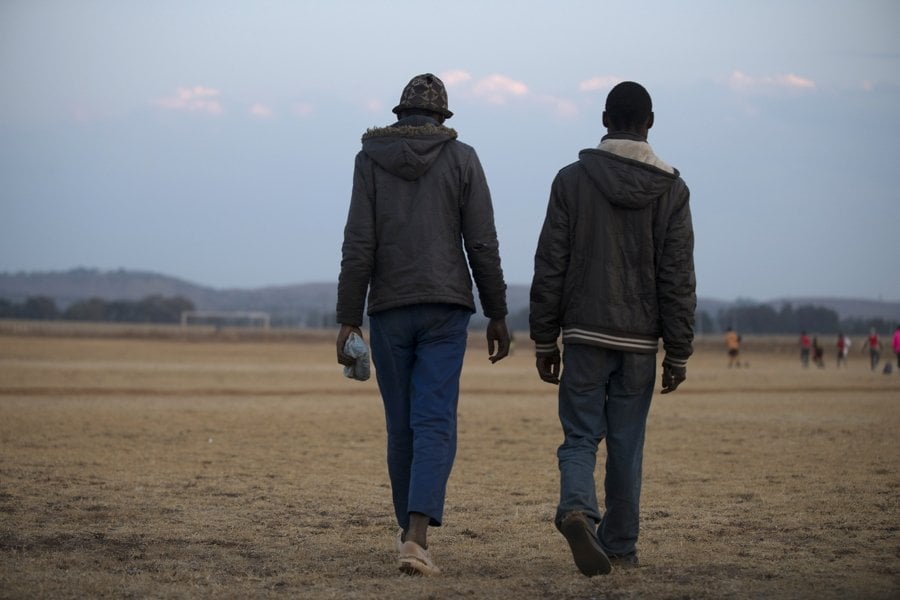 While the scary stats about South Africa's supposedly severe drug problem haven't yet been backed up by national studies, what we can say for sure is that South Africa, particularly its slums, does have extraordinarily severe problems with both homicide and income inequality, which goes hand-in-hand with crime of all kinds.

Although such data on the actual extent of South Africa's drug problem aren't available, the 2016 U.N. World Drug Report states what so many locals have already known for a long time: South Africa has been a consistent leader in developing new psychoactive substances.

With income inequality so high, and necessity the mother of invention, the poor of South Africa's slums have been experimenting with homemade drug cocktails made of cheap and readily available ingredients. Perhaps the most harmful, appalling, and tragic of those cocktails is nyaope.

The main reason for nyaope's reputation is simple: its ingredients. Although it's built upon a base of heroin and often smoked with marijuana (when it's not being injected), the substances used to pad it out and give it an extra kick include rat poison, cleaning detergents, and HIV medication.

If those first two ingredients intuitively make sense as low-cost drug additives, the third almost certainly does not. And the international shock over the use of HIV medication in street drugs reveals both the state of South Africa's slums, and how little attention its residents otherwise receive.

While the world generally understands that HIV has ravaged Africa like nowhere else on Earth, few likely realize that South Africa ranks fourth out of all the world's countries in terms of the prevalence of HIV and has the highest raw number of cases -- and that South Africa and its immediate neighbors have HIV rates as much as eight times greater than the other African nations that rank in the top 20 worldwide.

And because of that epidemic, HIV medication is far more accessible in South Africa than people in developed nations might imagine. But the psychoactive side effects of medications like efavirenz is not something most anyone would have imagined.

Yet, sometime in the mid-2000s, South Africa's poor took notice and began combining these medications with existing street drugs -- and nyaope was born.

Although -- and perhaps because -- it wasn't actually classified as an illegal drug until 2014, nyaope's far-reaching effects have been devastating.

Its intense high (something like a heroin mellow with hallucinogenic elements coming from the HIV meds), equally intense withdrawal symptoms, and low cost (about $2 per hit) keep the addiction rate up. And with that addiction comes crime and -- in the particular case of nyaope -- resistance to HIV medications.

One 2013 study on the matter found that between three and five percent of people living in areas where nyaope was common showed resistance to HIV medications. And in a country with more HIV infections than anywhere else on Earth, that finding is truly tragic.

The HIV epidemic has been knocking South Africa to its knees for more than two decades. And now, nyaope has found a tragic way to kick the country while it's down.

For more on nyaope, watch the short documentary from VICE below:

Next, step inside the terrifying world of krokodil, the Russian zombie drug. Then, have a look at one concise drug diagram that tells you almost everything you need to know about uppers, downers, and everything in between. Finally, learn all about the dangerous drug known scopolamine (a.k.a. burundanga).