From the woman who woke up in a body bag to the man who was abandoned on Mount Everest, these wrongly declared deaths will chill you to the bone.

It’s a nightmare situation — waking up in a dark, enclosed space, screaming for help with no clue how you got there or why. For some people, however, that nightmare became a horrifying reality.

It should be easy to tell if someone is dead, but that isn’t always true. Some of the people on this list made it all the way to the morgue before anyone realized they were still breathing. Others were found alive in their caskets, only to die for real soon afterward. And a select few lived through experiences that, for all intents and purposes, should have killed them.

But in each case — whether it has a happy ending or a tragic conclusion — one thing remains consistent. All of these people were believed to be dead, but they weren’t. Here’s what happened to them after they were found alive.

Jean Hilliard: The Teenager Who Was “Frozen Solid” In The Snow For Six Hours 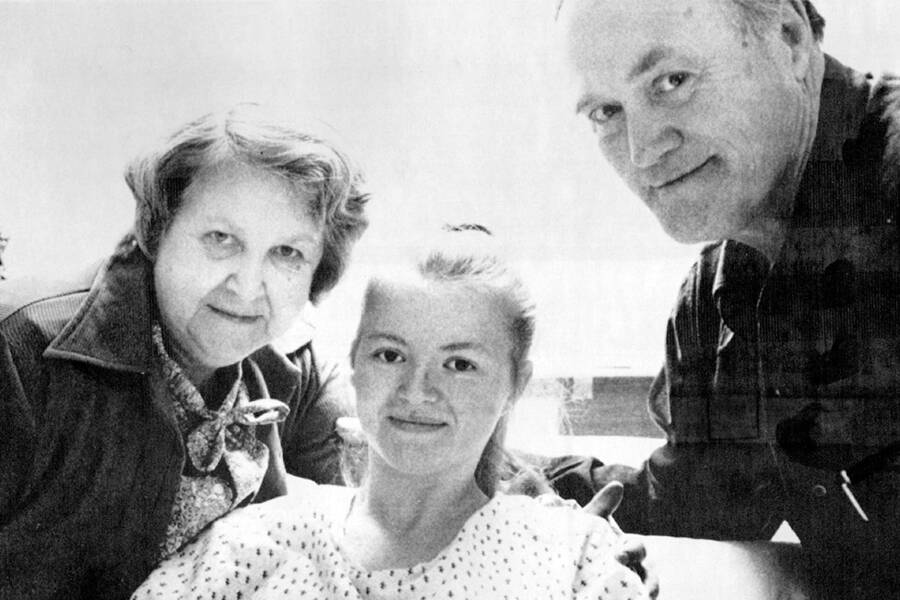 Vickie Kettlewell/StarTribuneJean Hilliard and her parents, after she recovered from being frozen.

On a December night in 1980, 19-year-old Jean Hilliard was driving back home after a night out with friends in Lengby, Minnesota. The air was bitterly cold, and the temperature was around -22 degrees Fahrenheit.

She had taken her dad’s Ford LTD — a rear-wheel-drive vehicle lacking anti-lock brakes. The car ended up skidding into a ditch, so Jean got out to walk the two miles to her friend Wally Nelson’s house to ask him for help.

But the cold temperatures and dark of the night made the trip seem far longer than it ought to have been, and when Jean Hilliard finally saw the lights of Wally Nelson’s house, her vision suddenly went black.

Nelson awoke the next morning with a woman he’d taken home the night before to find a shocking surprise in his yard, about 15 feet from the door. It was Jean, his best friend’s girlfriend, frozen stiff, eyes wide open.

“I thought she was dead,” Nelson said. “Froze stiffer than a board, but I saw a few bubbles coming out of her nose.” He loaded the frozen girl into his companion’s car and rushed her to the nearest hospital in Fosston.

Doctors weren’t optimistic about Jean’s condition. Her skin was so frozen that it couldn’t be pierced with a hypodermic needle. Her body temperature didn’t register on the thermometer. Her face was ashen. According to The New York Times, the attending physician Dr. George Sather said, “The body was cold, completely solid, just like a piece of meat out of a deep freeze.”

Yet, by some miracle, as doctors gradually thawed her out with heating pads, they detected a weak pulse. Jean’s body temperature was still well below normal, but she was alive. Within hours, she was speaking coherently, worrying that her father would be upset about his wrecked car.

Jean had no idea that her family — and several other members of her community — had spent the whole morning simply praying for her survival. And of course, they were overjoyed to find out she had lived. But what seemed to others to be a miracle, felt like nothing special at all to Jean.

“It’s like I fell asleep and woke up in the hospital,” she said. “I didn’t see the light or anything like that. It was kind of disappointing. So many people talk about that, and I didn’t get anything.” In the end, Jean Hilliard went on to lead a normal life, with no ill effects lingering from her time on ice.