Jean Hilliard: The Woman Who Froze Solid And Thawed Back To Life 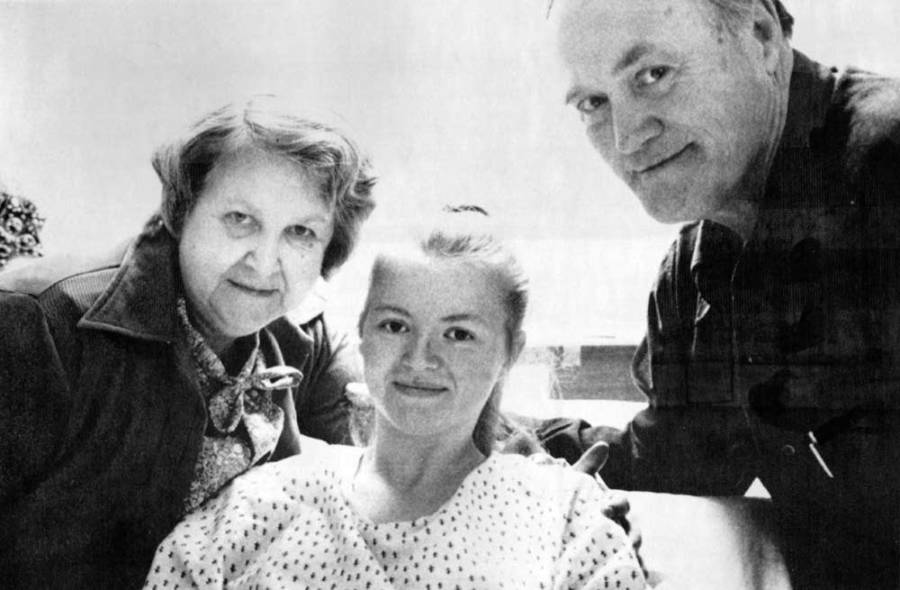 Vickie Kettlewell/StarTribuneJean Hilliard in December 1980 with her parents in the hospital.

All Jean Hilliard remembers is blackness, falling asleep, and then waking up. Unbeknownst to her, doctors had declared Hilliard a medical miracle after she recovered from being frozen for six hours in subzero temperatures. Indeed, the baffling case of this “hibernating woman” remains a medical marvel nearly 40 years later.

19-year-old Jean Hilliard was living in her small hometown of Lengby, Minnesota in December 1980. As of 2017, the town had a population of a mere 87, and just outside its limits are forests, lakes, and farmland in the north-central part of the state.

Lengby is in the middle of nowhere and so was Hilliard on the night of December 20, 1980, when she made her way home from a night out with friends in -22-degree weather at around midnight.

“I had gone into town and met some friends,” Hilliard recalled to Minnesota Public Radio.

Hilliard had just left the Fosston American Legion, where young adults in Lengby typically spent the evening as it was the coolest hang-out for townsfolk in this part of Minnesota. Her dad’s Ford LTD had rear-wheel drive and no anti-lock brakes, which made for a dangerous vehicle to have while navigating a frozen, icy road.

When the car slid into a ditch, Hilliard in her cowboy boots, began to walk for help. Her friend, Wally Nelson, was but two miles down the road after all.

But Nelson’s home seemed further away that night than Hilliard could remember and she grew frustrated. “I’d get over one hill, thinking his place would be there, and it wasn’t,” she reported.

When she finally saw the lights of Wally’s place, everything went black.

At dawn around 7 AM, Nelson woke up with a woman he’d brought home the night before. He then noticed a “little hunk” in his snow-covered lawn about 15 feet from his door. It was Hilliard, in a coat and mittens. 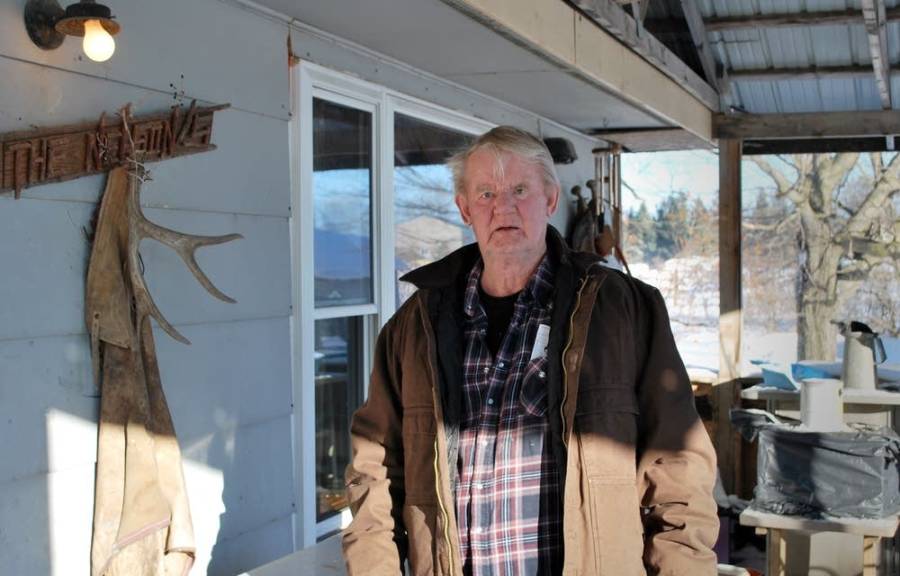 John Enger/MPR News Wally Nelson, the friend of Jean’s who found her face-up in his yard.

Nelson knew Hilliard well because, at the time, she was dating his best friend. But here she was frozen stiff, her eyes wide open, on his front lawn. She had collapsed mere seconds before she would have reached her friend’s door.

“I grabbed her by the collar and skidded her into the porch. I thought she was dead. Froze stiffer than a board, but I saw a few bubbles coming out of her nose,” Nelson recalled.

It was evident that after she had collapsed, Jean Hilliard had crawled a few feet in the snow before freezing to stillness.

Suffice it to say that finding a frozen body on his front yard was an awkward end to the evening, especially when they discovered that Hilliard’s body was so stiff that the couple couldn’t fit her into the cab of his pickup truck. They had to take the young woman’s car instead.

They drove 10 minutes to the nearest hospital in Fosston. There, doctors were not optimistic about reviving Jean Hilliard.

The attending medical staff had little hope for the teenager. Her skin was so frozen that they couldn’t pierce it with hypodermic needles — the needles just broke on contact. Her body temperature was so low that it didn’t register on a thermometer. Her face was an ashen-gray color and her eyes didn’t respond to changes in light.

Even though they figured she was dead, medical staff decided to gradually warm up her body with heating pads. Physicians determined her temperature was 88 degrees, a full 10 degrees below normal. Eventually, they got a faint pulse of 12 beats per minute.

At this point, doctors believed their patient might still be alive.

Dr. George Sather, the attending physician, said, “I thought she was dead, but then we picked up an extremely faint whimper. We knew there was a person existing then.”

It took a little bit for the medical staff to realize this. 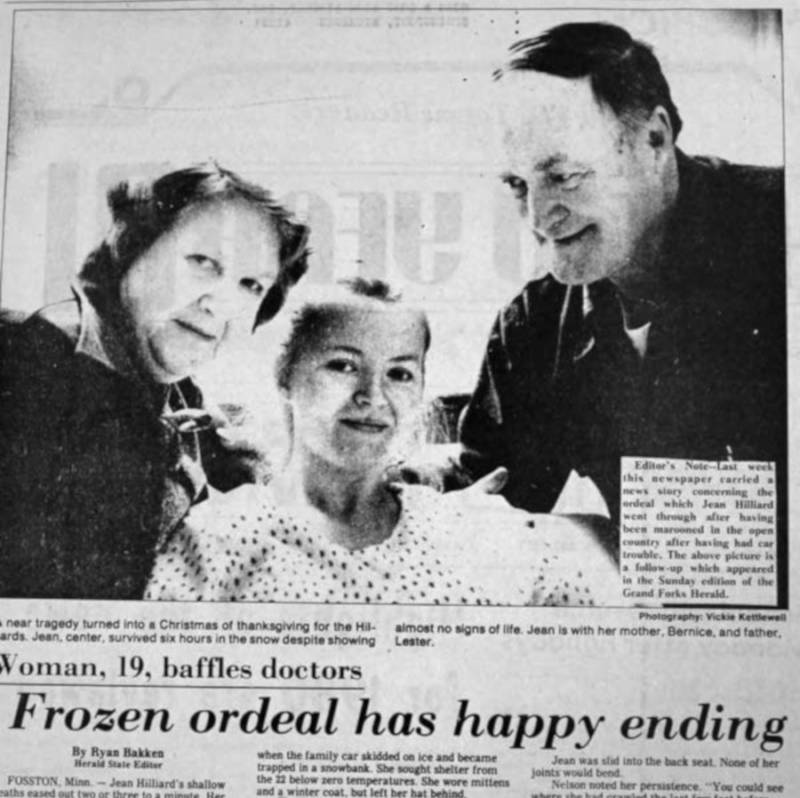 Thirteen Towns newspaper, Fosston A clip from Jean Hiliard’s hometown paper. Her mother, Bernice, is on the left, and her father, Lester, is on the right.

“The reaction didn’t appear until two or three hours after she started thawing out,” Dr. Sather said. “The body was cold, completely solid, just like a piece of meat out of a deep freeze.”

By the middle of that morning, Hilliard awoke with spasms. At noon, she was talking coherently, worried what her father might think about wrecking his car.

Hilliard felt normal, and the whole ordeal proved to be but a casual speedbump in the overall path of her life. “It’s like I fell asleep and woke up in the hospital,” she said. “I didn’t see the light or anything like that. It was kind of disappointing. So many people talk about that, and I didn’t get anything.”

But to everyone else, Jean Hilliard was a miracle.

Her story was told to local churches, the national media, and she was even on the ‘Today’ show. “I was interviewed by Tom Brokaw. I took my mother on that trip. That was fun,” Hilliard recalled.

Despite her miracle on ice, the incident didn’t seem to shake the young woman. 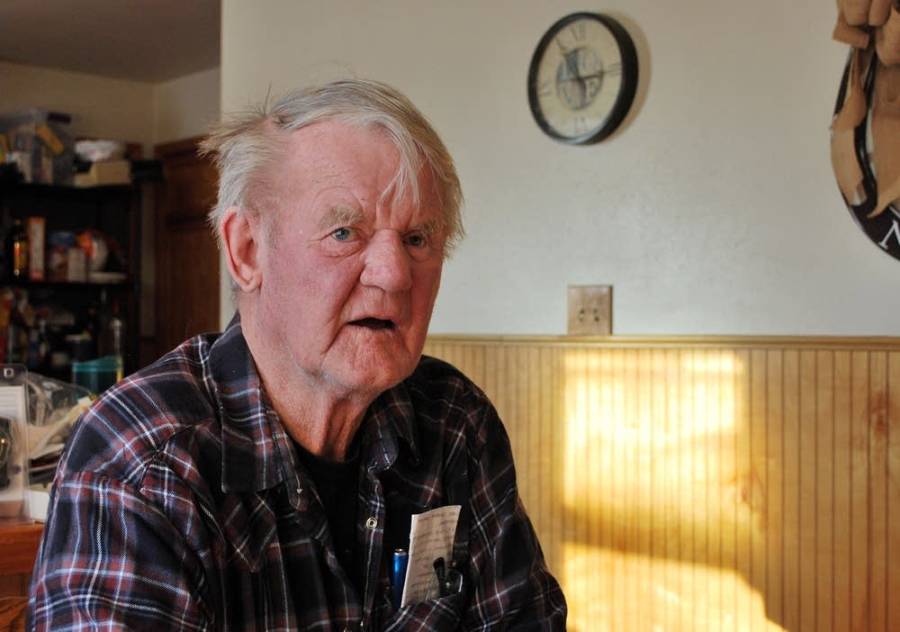 John Enger/MPR News Wally Nelson remembering the story of finding his friend, Jean, in the snow.

Dr. David Plummer of the University of Minnesota is an expert on reviving people with hypothermia, a condition wherein the human body shuts down because it gets too cold.

He says he’s handled about a dozen cases of reviving someone who has been frozen over 10 years of his career.

Plummer said, “We have patients you can knock on like wood. They feel rock solid frozen. That in no way dissuades us from the resuscitation attempt. And we do have a track record of success with that… no one is dead until they’re warm and dead.”

Medical science determined that as a person’s body cools, blood flow slows down to a crawl — just as it would for a bear in hibernation. At this point, a person’s body requires less oxygen. When a person’s blood flow increases at the same rate as their body temperature, they often recover.

That’s what may have happened with the heating pads when used on Jean Hilliard, which Plummer said was nothing short of a miracle.

Modern medicine uses a special device that warms a patient’s blood before sending it back into their body. The warm blood, in turn, heats up internal organs.

This same technique saved Justin Smith’s life in February 2015. He was walking home in subzero weather in Pennsylvania when he collapsed. Smith was 25 and headed home from a party. His father found his frozen body 12 hours later.

At the emergency room, doctors determined his internal temperature was 68 degrees. They immediately started CPR and did so for two hours until they could get Smith to a more advanced medical facility in Allentown.

Doctors gradually brought Smith back to life from the brink of death. He spent two weeks in a coma, but his brain showed no signs of damage due to lack of oxygen.

At 68 degrees, doctors say Smith is the lowest body temperature from which they have ever brought someone back. The young man says his case is nothing short of a miracle.

Just like Hilliard, Smith’s biological processes slowed his body down to where it conserved oxygen enough to keep him alive for several hours. 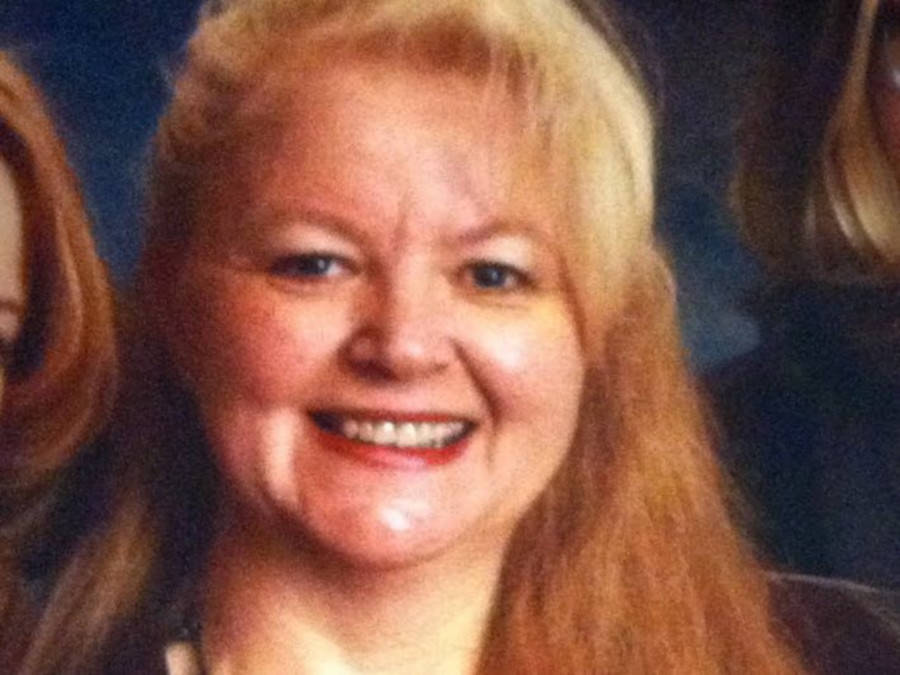 Courtesy Jean Vig Jean Hilliard as she is now, nearly 40 years after her ordeal in the snow.

While the circumstances of being frozen solid aren’t ideal, the notion that deep hibernation can save people’s lives is optimistic. Doctors continue to find out more and more information about this hibernation-like state as they try to save lives from not only freezing to death but also gunshot wounds, head trauma, and heart attacks.

Jean Hilliard now leads a pedestrian life. She suffered no ill effects from her ordeal and she has since married, had kids, and divorced. She also never drives on icy roads at night.

After this look at Jean Hilliard’s remarkable survival story, read about the world’s oldest frozen man, Otzi, who died 5,300 years ago. Or, discover what it’s like to encounter frozen bodies as you climb the summit of Mount Everest.