7 Modern Border Walls You May Not Know About

Donald Trump has invigorated the idea of the border wall. Historically, he isn't alone. 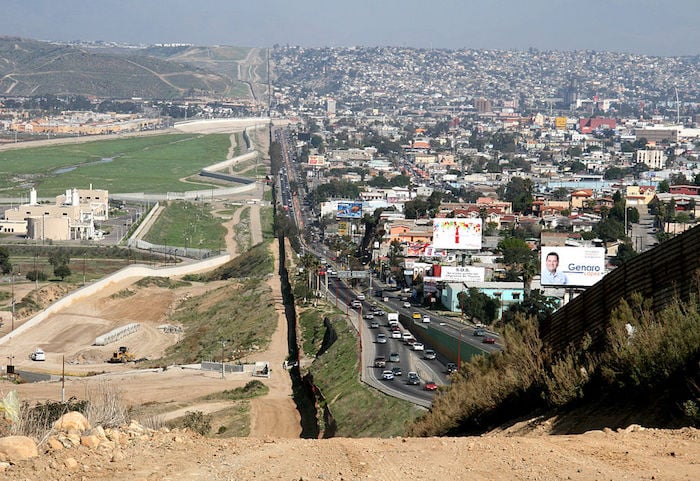 On June 23, 2015, Donald Trump announced a crucial detail of his plan for a U.S.-Mexico border wall: he was going to build it (and “very nicely”), but Mexico was going to pay for it.

This wall along the southern border of the United States — which Trump argued would keep the Mexican “rapists” and “criminals” out of the country — has since become a key component of Trump’s successful bid for the Republican presidential nomination.

Trump and his supporters aren’t alone in viewing a physical wall as a way to secure a given region — and they never have been. Border walls have composed an integral part of both inter- and intranational relations throughout human history. There is of course the Great Wall of China, which was built to keep out nomadic Mongols.

The walls between South and North Korea survive to this day as a physical remnant of the Cold War, which symbolically ended with the fall of yet another wall — the Berlin Wall.

When the Berlin Wall fell in 1989, the world was, on its face, more united. Yet walls continue to divide populations across the globe, and since the attacks on the World Trade Center in 2001, walls have seen an increase in popularity.

Here are seven border walls you might not know about, and the ways in which they have and — more often than not — haven’t worked. 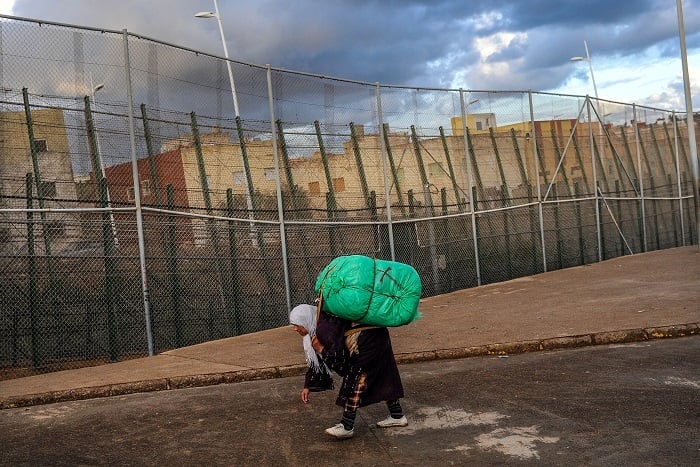 David Ramos/Getty Images A Moroccan woman carries a package on her back as she crosses the “Barrio Chino” border crossing point between Melilla and Morocco on January 20, 2015. Hundreds of women, known as Porteadoras or Mule women of Melilla, carry heavy bales of goods across the border every day. According to the American Chamber of Commerce in Morocco, more than €1.4 billion worth of goods are carried across the border each year.

Contrary to popular belief, Spain doesn’t fit neatly into the Iberian Peninsula alone. Two of its southernmost cities, Ceuta and Melilla, spill into the neighboring north African country of Morocco. In both cities, walls keep African refugees and potential immigrants out of Spain, and therefore out of the European Union.

Spain’s control of these two cities dates back hundreds of years. But it wasn’t until 1995 that Spain built the first modern fence — with funding from the EU –with the specific goal of keeping immigrants out. Support for the wall, as well as its expansion, increased in recent years out of ISIS-related fears.

To an extent, the wall has worked. Fewer migrants make it into Spain and the EU from Africa, but a fair amount still make it in by swimming around the border. Unfortunately, many are also simply killed right there in the water.

Egypt and the Gaza Strip 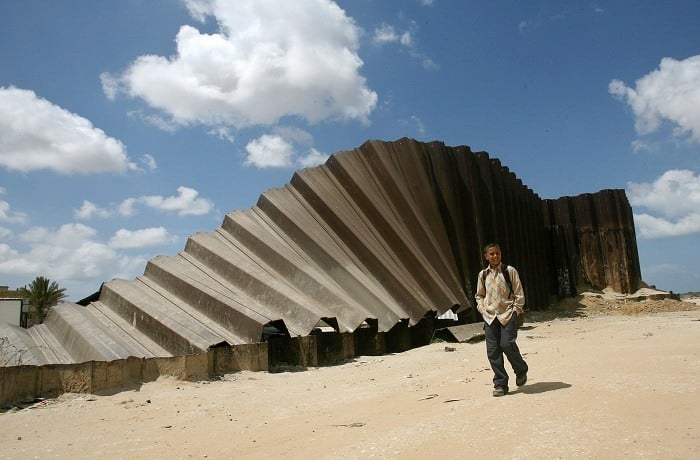 SAID KHATIB/AFP/Getty ImagesA Palestinian boy walks near the wall destroyed near the border between Egypt and the Gaza Strip on April 8, 2008 near Rafah. A leader of the Islamist Hamas group warned on Tuesday the Gaza Strip’s border with Egypt could soon be breached again, saying an “explosion” was imminent if the frontier remained closed.

Thanks at least in part to walls, the Gaza Strip has a severe import problem. Residents find it hard to get the goods they need to survive due to the Israeli wall on its eastern border and accompanying trade embargo.

Gaza’s western side doesn’t fare any better. Tight border barriers have long existed there, particularly at the crossing point at Rafah, but Egypt has recently become more strict about sealing it off. After the Islamist group Hamas took control of Gaza in 2007, Egypt made their wall even more imposing.

In some ways, these borders compound the problems they were meant to solve — and justify their further use. For instance, some have built tunnels to get goods and weapons into Gaza from Egypt, giving way to a constant and literally explosive battle. In response, Egypt’s government built their latest wall of solid, bomb-proof steel and extended it as much as 100 feet down into the ground to keep smugglers out.

Still, some Egyptians oppose the wall because it can hurt trade. Nevertheless, the Egyptian government, as well as the United States government, supports the wall. As for its effectiveness, the Associated Press reports that within a year of the wall’s construction, it had been breached hundreds of times.