7 Modern Border Walls You May Not Know About 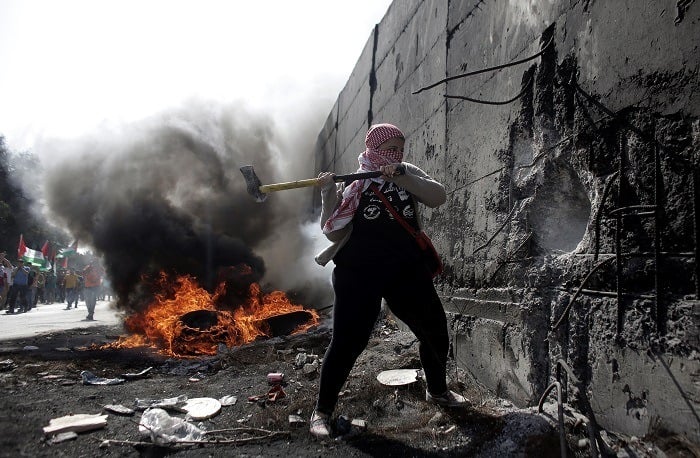 AHMAD GHARABLI/AFP/Getty ImagesA female Palestinian demonstrator uses an axe to try and destroy a part of the Israeli controversial separation wall separating the West Bank city of Abu Dis from east Jerusalem, during clashes with Israeli security forces, on November 2, 2015.

Still under construction, the wall separating Israel and the West Bank will ultimately be about 440 miles of concrete and barbwire. Since that construction began in 2002, this hotly-contested barrier has been called everything from a security necessity to an “apartheid wall,” depending on who you ask.

Israel unilaterally began construction in order to, it claims, keep Palestinian attackers from entering Israeli territory. However, the wall has since veered into Palestinian territory that doesn’t fall within Israel’s borders, causing many Palestinians to claim that the barrier is a tool used for unlawful annexation.

Indeed, the International Court of Justice at The Hague deemed the wall illegal and called on Israel to take it down in 2004 (the United Nations likewise condemned it by a vote of 150 to 6). Instead, it has spread even further, and reaches heights of 26 feet in some locations.

In making their case for the wall, Israeli wall proponents cite the sizable decreases in violent incidents since the wall has gone up. However, fact checkers have shown that those decreases — sometimes quoted as being larger than 90 percent — are substantially inflated.