Rich plantation owners in the 1880s were so desperate to combat the rats eating their sugarcane that they brought the mongoose to Hawaii — and the government still can't get rid of them to this day.

Colonialism and white supremacy have caused many problems all over the world, and those problems even extend to the animal kingdom — like the case of the mongoose in Hawaii. Originally brought to the island nation in the hopes of controlling the rat population, today’s mongooses have threatened other flora and fauna on the Big Island.

And despite officials’ best efforts, it’s become difficult — if not impossible — to control the population.

Let’s take a look at the efforts that are being made to get the mongoose population in Hawaii under control — and why it hasn’t been an easy task for anyone involved.

Important Things To Know About The Mongoose 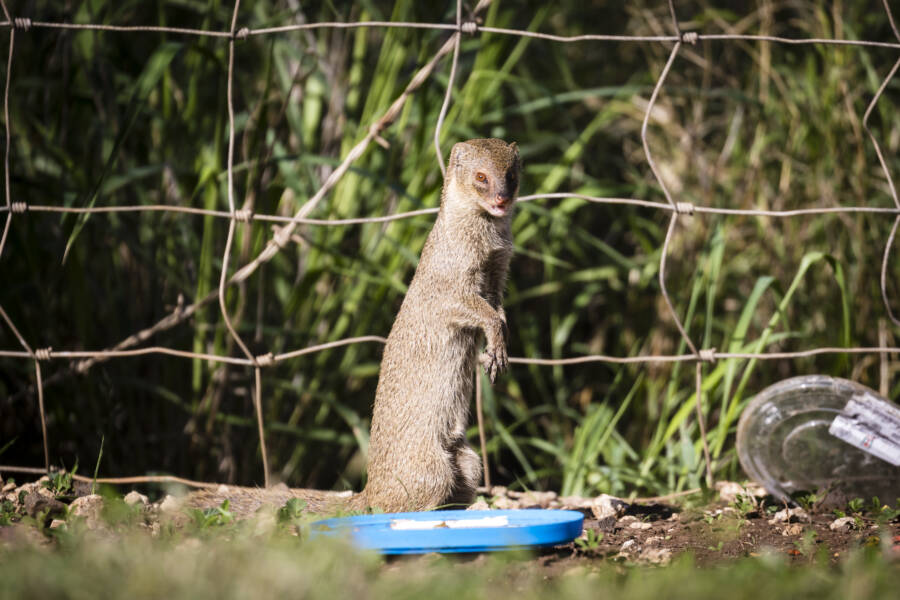 On the surface, the mongoose is a cute and furry creature with its pointed face and bushy tail. It was even immortalized in Rikki-Tikki-Tavi, the classic children’s tale by Rudyard Kipling. However, for Hawaii, the mongoose has been nothing but trouble.

Various mongoose species can be found in Africa, southern Asia, and southeast Europe. The Hawaiian islands are inflicted with an infestation of the small Asian mongoose, a native of Java, which is considered one of the world’s most invasive species.

In addition to being introduced to Hawaii and the Bahamas, the small Asian mongoose has been introduced to Cuba, Croatia, Jamaica, Hispaniola, Puerto Rico, the Lesser Antilles, Belize, Honduras, Panama, Trinidad and Tobago, Colombia, Suriname, Venezuela, Guyana, and Mafia Island.

As for how these omnivorous critters — who are related to the meerkat more than the mouse — got to all these places, credit (or blame) goes to colonial settlers, who were hoping to capitalize on the burgeoning sugar trade.

Why Is The Mongoose In Hawaii?

Before it became known as the island paradise of the United States, Hawaii was best known for one important export: sugar cane. The popular crop grew especially well on the Hamakua Coast, which is located just north of Hilo on the so-called Big Island of Hawaii. In 1883, the biggest sugar cane plantations on the island could be found on this beautiful coast.

But there was just one problem: The sweet taste of sugar brought rats, who love to munch on sugar cane all day, and who destroy all the crops in their wake. The plantation owners — who were almost universally white colonialists — then got the brilliant idea of introducing the mongoose to Hawaii. They expected that the mongoose would spot the rats and kill them on sight, thus saving the sugar cane from certain destruction.

Their theory, however, fell apart once they realized that the rats and the mongoose kept different schedules. The mongoose only came out during the day, while the rats foraged for their sugary treats at night.

How The Mongoose Became An Invasive Species 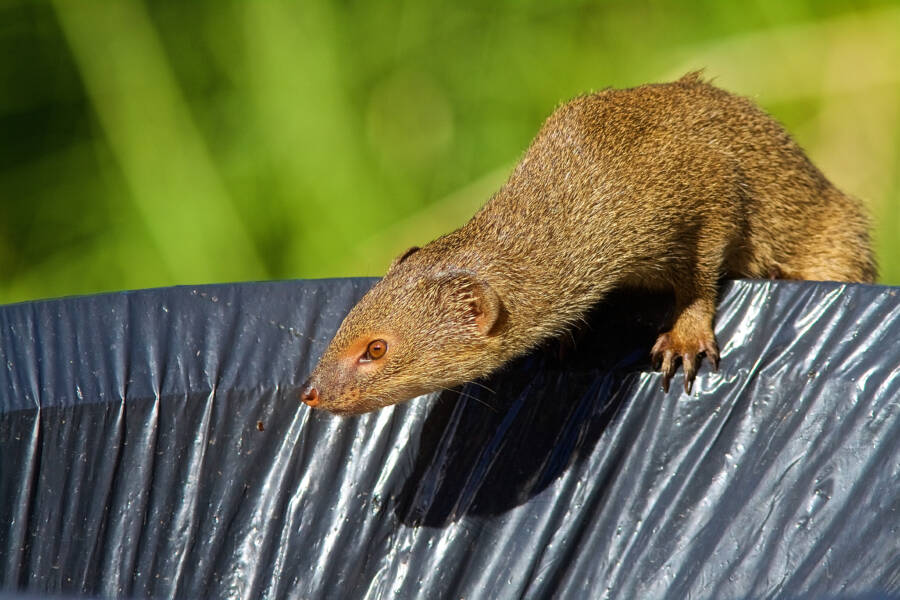 In addition to having a presence on the Big Island, the mongoose in Hawaii can be found on the islands of Oahu, Maui, and Molokai, with a rare sighting on Kauai from time to time.

But these opportunistic animals have disrupted the natural flora and fauna of any island they touch. Their favorite treats are small birds and their eggs, but they’re also known to eat plants, fruits, and insects. The mongoose also eats sea turtle eggs, thus disrupting that population as well.

And, worst of all, the mongoose is responsible for the deaths of at least eight species of birds that are native to Hawaii — birds that were on the federally endangered list and whose existence continues to be threatened by this cute, but annoying, creature.

To combat the presence of the mongoose in Hawaii, locals have learned to set traps all around their properties and report any sighting of the creature to 643PEST, an organization endorsed by the Hawaii Invasive Species Council whose sole purpose is to contain invasive species on the island.

The Council also tells residents not to worry about reporting any mongoose sightings to the government itself, as it’s proven to be a bit of an issue that takes up most of their time.

But the Hawaii Invasive Species Council also warns its residents against mistaking cats and rats for mongooses, which also seems to be a pervasive problem on the big island. But with more than $50 million in annual damages caused by the mongoose in Hawaii, it’s safe to say that the Council would love nothing more than to be rid of the critter once and for all.

Now that you’ve read all about the issues that the mongoose in Hawaii has caused, learn about Queen Liliuokalani, the last monarch of the island paradise. Then, take a look at the story of Princess Ka’iulani, whose tragically short life has become a symbol of Hawaiian defiance in the face of an increasingly colonial presence from the United States.