Known affectionately as "Evita," Eva Perón worked her way out of poverty to become a voice for Argentina's poor and working class as the wife of President Juan Perón.

Eva Perón was an actress, an activist, and the First Lady of Argentina. The platform gave Perón a loudspeaker to champion issues like poverty and women’s rights.

A beloved figure in her country, Perón became affectionately known as Evita – and her rags-to-riches story inspired a musical and a movie. 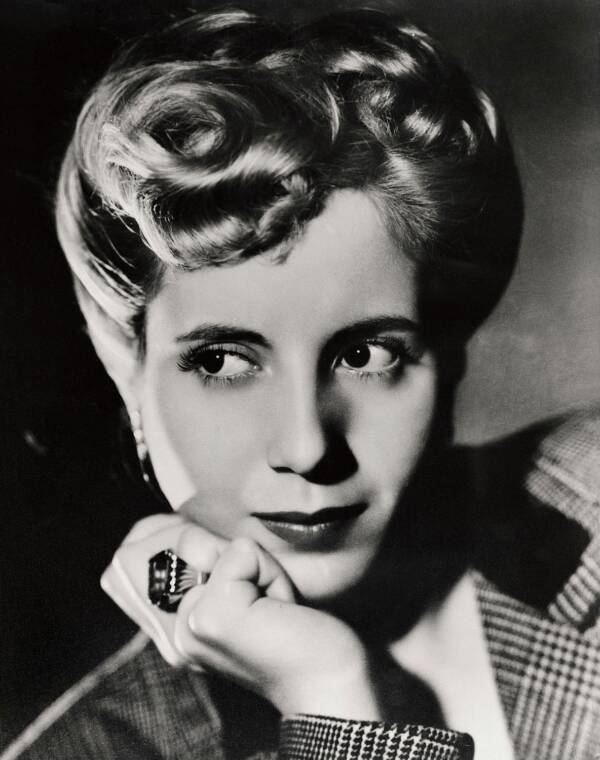 But who exactly was the woman behind the legend?

Born in the Argentinian village of Los Toldos out of wedlock on May 7, 1919, Eva Maria Ibarguren had something of a Cinderella story. Her father, Juan Duarte, was upper-class, and it was not uncommon for wealthy men like him to have second families with their mistresses.

Duarte gave his daughter his name, “Maria Eva Duarte,” as this was fashionable amongst the bourgeoisie. But when Eva Perón was just a year old, her father abandoned his second family altogether, leaving Perón and her mother and siblings in abject poverty.

Tragedy struck when she was six years old and her father died in a car crash. But when young Perón and her family appeared at Juan Duarte’s funeral, his legitimate family reportedly shunned them.

Perón’s mother, Juana Ibaguren, continued to struggle to raise four children after this. The family consequently relocated outside of Buenos Aires where Perón’s siblings found jobs. Her mother earned money as a seamstress. 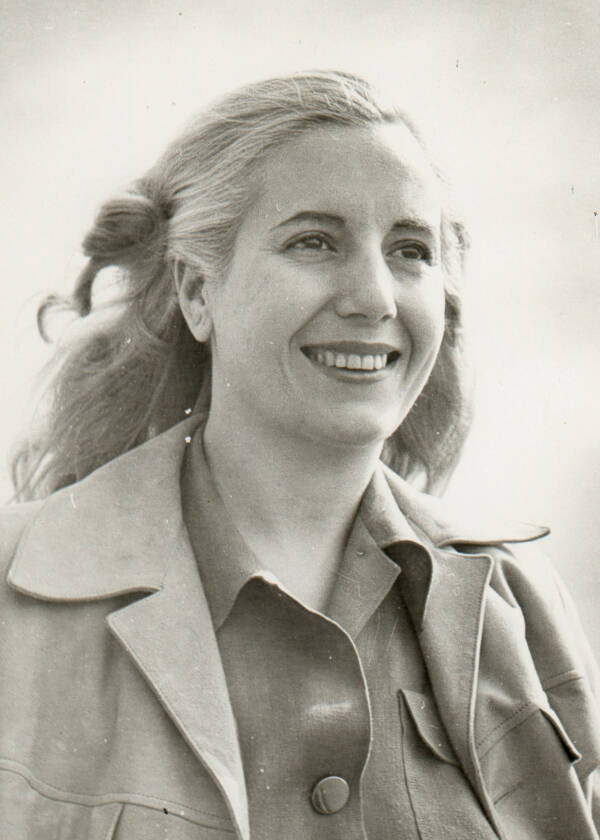 Now at 15 years old, Perón dreamed of a bigger life. She wanted to become an actress, and so she ran off with a musician to the city of Buenos Aires. Though the relationship quickly fizzled out, she found a new love: the theater. She landed her first role in a movie in 1937.

Then, at just 20, the daring Perón created her own entertainment company, The Company of the Theater of the Air. It put out radio shows, and Perón soon found herself in high demand, taking on the roles of powerful women rulers in a radio series she titled “The Biographies of Illustrious Women.” It was, perhaps, practice for her own future.

While working for the radio, she founded the Argentine Radio Syndicate (ARA), which saw her invited to a gala in 1944. There, she fatefully met Colonel Juan Perón, an up-and-coming government official. They reportedly left the gala together at 2 A.M.

Everything changed for Eva Perón when they married in 1945. Just one year later, Juan won the race to become Argentina’s president.

The Peróns were a power couple. Both believed that Argentina’s poor had suffered for too long. With strong support from the working class and the poor, Juan Perón promoted a populist agenda. But his wife – known to the poor simply as Evita – eclipsed the president in popularity. 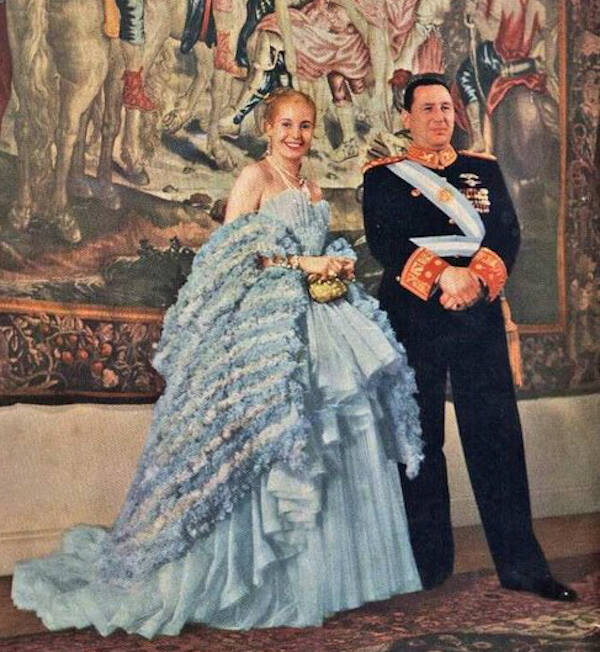 As First Lady, Eva Perón publicly championed her husband’s agenda. Not long after her husband’s election, Argentina passed a law extending the right to vote to women. Evita took credit for that win, founding the Female Perónist Party and registering new voters to support her husband.

Behind the scenes, Perón had even more power in her husband’s administration. She ran two ministries – health and labor – and her husband was urged to select her as his vice president for his reelection bid. 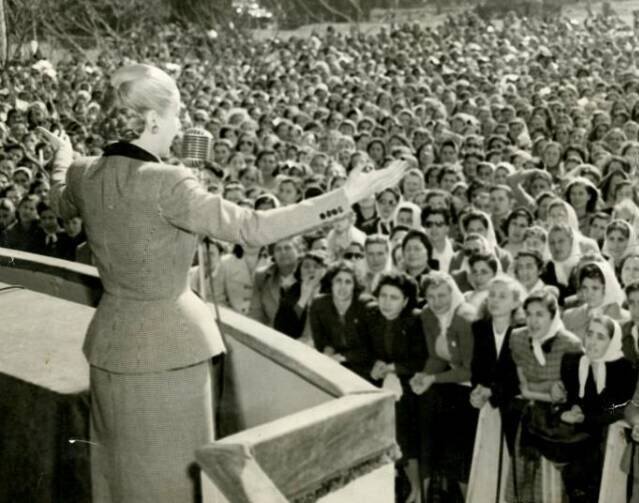 It funded homes for the impoverished and offered pensions to the elderly. The foundation opened new schools and libraries, and it cemented Evita’s reputation as Argentina’s greatest patron of the poor.

But Eva Perón also had enemies. Argentina’s upper class was slow to accept the actress who grew up in poverty. So was the Army, which did not want a woman on Juan Perón’s reelection ticket.

By the time Juan Perón sailed to a second term in 1951, Eva Perón had begun to struggle with cervical cancer, a condition with few treatments in the early 1950s.

The Tragedy Of Eva Perón’s Death

Although a massive crowd cheered Evita on, encouraging her to run on her husband’s ticket anyway, Perón declined. Publicly, she devoted herself to the poor. Privately, she underwent a serious health battle.

In the months before Eva Perón’s death, the First Lady grew noticeably ill. In her last public appearance in June 1952, she accepted the title “Spiritual Leader of the Nation.” She died on July 26, 1952, at just 33 years old.

Argentina fell into deep mourning for its beloved First Lady. Millions filled the streets. Flowers were placed outside the presidential palace. 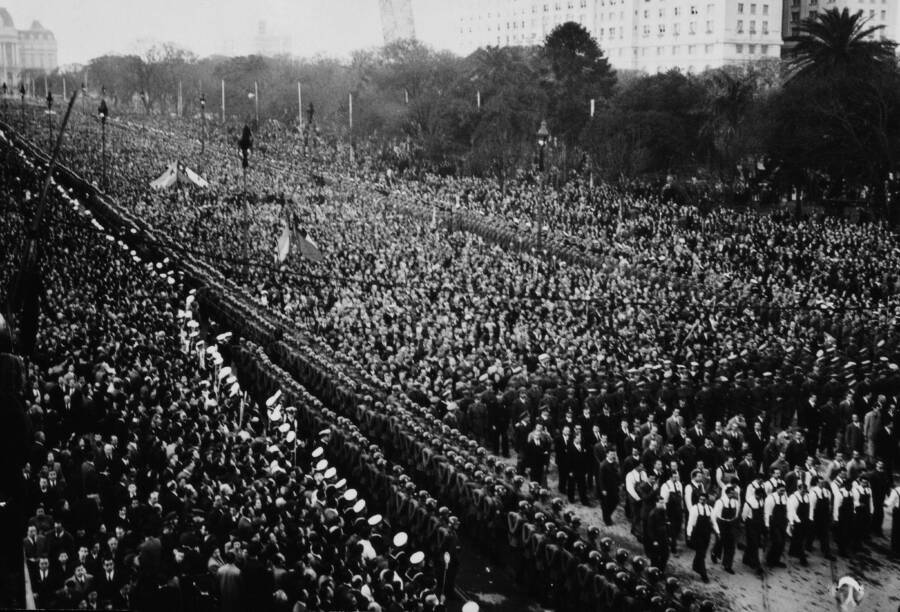 The mourning president called on Dr. Pedro Ara to preserve Eva Perón’s body so she could lie in state. Ara mummified Evita in preparation for a memorial that would display her body.

Then, in 1955, Perón fled Argentina during a military coup. Evita’s body stayed behind. Uncertain what to do with the body, Perón’s successors sent her to Italy. Eva Perón’s remains didn’t return to Buenos Aires until 1971.

Eva Perón was deeply beloved. As 88-year-old Clementia Beba Gill recalled of her decades later, “I saw her in the lift in Congress and she held my hand. I told her she meant everything to me.”

After Eva Perón’s death, her dedication to the poor earned their undying loyalty. Her foundation continued its charitable mission. And the myth of Evita grew so large that it threatened to obscure Eva Perón the person.

In 1974, writer V.S. Naipul traveled to Argentina to write an essay on Eva Perón. Frustratingly, he found it nearly impossible to separate the truth from the fiction surrounding the beloved Evita. “So the truth begins to disappear,” Naipul declared, “it is not relevant to the legend.”

While Perón’s detractors derided her as a social climber who did not know her place, her legend only grew more blinding with the award-winning musical written by Andrew Lloyd Webber and Tim Rice, followed by the 1996 movie starring Madonna.

Was Evita the striving optimist depicted on stage and screen? The fictional Evita was perhaps more libertine than the true woman, but both rose to the highest levels of power for a woman of their time and devoted their lives to helping the powerless.