The Fearless Tale Of Manuelita Sáenz, The Ecuadorian Revolutionary Who Saved The Life Of Simón Bolívar

In the 19th century, Manuelita Sáenz shirked convention for noblewomen of her time by becoming a colonel in the fight for South American independence. 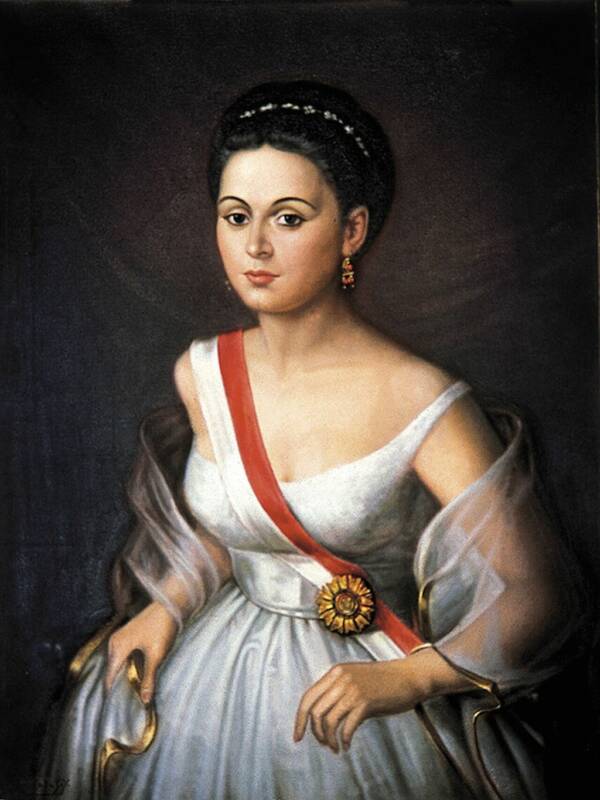 Marcos Salas/Wikimedia CommonsManuelita, or Manuela, Sáenz wearing the Order of the Sun medal.

History largely remembers Manuelita Sáenz as the beautiful lover of Venezuelan revolutionary and president, Simón Bolívar. Known for the passionate letters she wrote to Bolívar throughout their torrid affair, Sáenz was much more than a mistress.

A colonel in the revolutionary army and a military strategist herself, Sáenz saved Bolívar’s life in more than one way — more than once.

Despite the limited expectations of women in 19th-century South America, Sáenz used her gender as a tool and weapon to support the independence movement of her country.

Manuela Sáenz was born on Dec. 27, 1797 in Quito, Ecuador, “in a magnificent bed covered with velvet lined in satin and adorned with an abundant fringe and a precious gold ornament, with a coverlet in the same style and sheets embroidered in Belgian lace,” it is said of her birth.

But Sáenz’s luxurious birth covered up a dark scandal: she was born out of wedlock.

Her father, a married Spanish adventurer, never managed to convince his legitimate children to accept her. Consequently, her mother, a wealthy Ecuadorian aristocrat, sent young Sáenz to a prestigious convent for her education.

But Sáenz had little interest in the life of a demure, respectable woman. Instead, she rode horses, donned men’s clothing, and learned to fight with weapons. 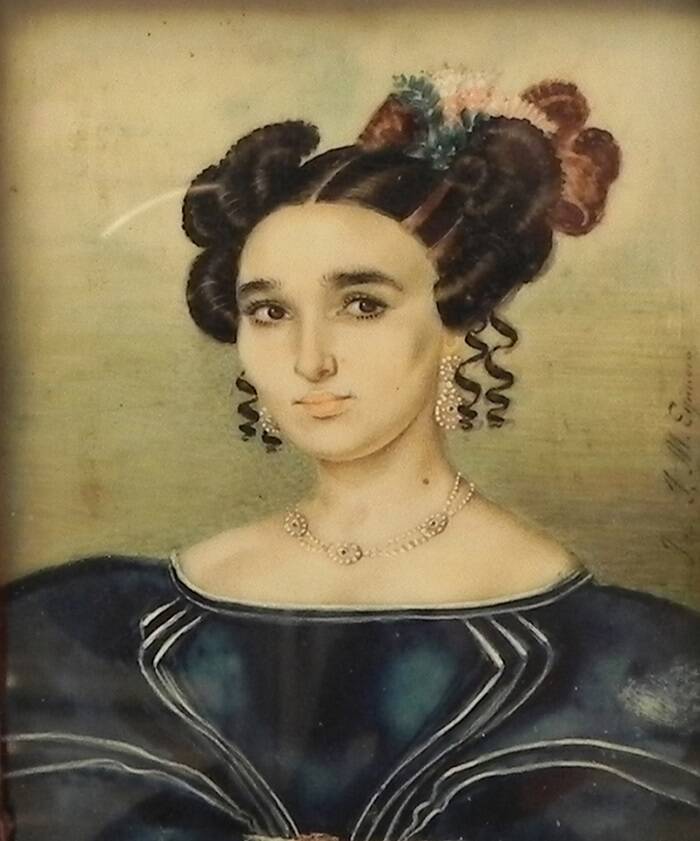 Nonetheless, Sáenz agreed to marry a wealthy merchant. It was her father’s idea – but Sáenz called her marriage “supremely ridiculous.”

Her husband moved his life to Lima, Peru, hoping she would settle down there with him. Instead, Sáenz became an important figure in South America’s revolutionary movement.

The Relationship Of Manuela Sáenz And Simón Bolívar

In 1822, Sáenz left her husband to return to Ecuador. On June 16, she fatefully met Simón Bolívar there.

Bolívar was known as “the Liberator” for his role in leading Venezuela, Colombia, Ecuador, Panama, Peru, and Bolivia out of Spanish rule. And that summer, Sáenz’s hometown of Quito was hosting him. She watched his soldiers march through the city, and when Bolívar passed her window, she tossed a flower that landed on him.

Later that night, as they danced at the reception in his honor, Bolívar quipped, “If all my soldiers had your aim, I would have won all the battles.”

The pair of revolutionaries quickly fell in love. Bolívar wrote to Sáenz, “Learn to love and do not leave me, not even to go with God Himself.” 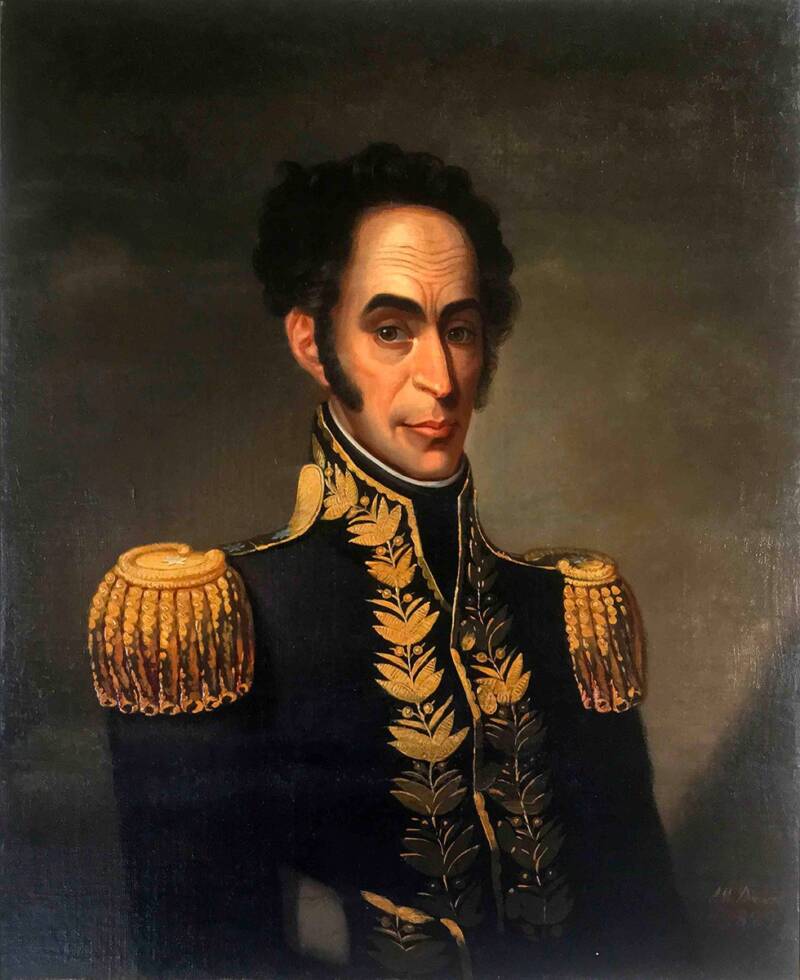 Francis Martin Drexel/Wikimedia CommonsAn 1825 portrait of Bolívar, who was 39 at the time he met Sáenz.

Their affair went beyond an emotional connection as Sáenz became a key confidante and ally to Bolívar, who named Sáenz the official secretary of his personal archive. In that role, Sáenz had to keep Bolívar’s military plans hidden from enemy forces.

The role also earned Sáenz a spot in the Colombian Army, with whom she traveled on horseback — and engaged in combat.

Her gumption did not go unnoticed. After one battle, a Colombian general wrote to Bolívar to declare Sáenz’s actions “heroic.” She had reportedly organized the soldiers before the clash and rescued troops shot during the battle.

The general recommended promoting Sáenz to colonel, which Bolívar did.

However, some of Bolívar’s allies complained that Sáenz only attained her rank because of her relationship with the Liberator. But Sáenz put her life on the line multiple times for the cause.

In 1827, Saenz helped subdue a rebellion in Lima. Wearing her colonel’s uniform, she appealed to the unhappy army officers to stand with Bolívar. The rebels threw Sáenz in prison and expelled her from Peru. Undaunted, Sáenz continued to support the cause and acted as Bolívar’s personal bodyguard, saving his life multiple times.

In August 1828, Manuela Sáenz learned of a plot against Bolívar. His enemies planned to murder him at a costume party when the clock hit midnight.

Sáenz warned Bolívar not to attend, but he went anyway. Sáenz consequently donned her military uniform and accompanied him as his protector. At the door to the party, one of the conspirators refused to let her in unless she changed into clothes more suitable for a woman. 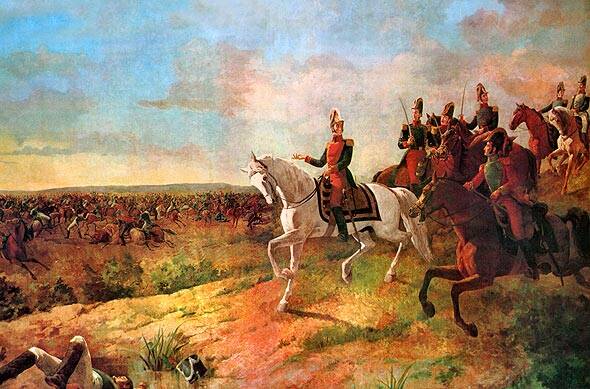 Martín Tovar y Tovar/Wikimedia CommonsThe Battle of Junin in the Peruvian War of Independence, which Sáenz was a part of.

So Saenz disguised herself in rags and disrupted the party by shrieking “Que viva el Libertador!” on the street outside. Bolívar rushed from the party before midnight to quiet Sáenz, she thus saved his life.

Her second rescue occurred a few weeks later, when Sáenz and Bolívar thought they were safe at a house in Bogota. There, Sáenz heard assassins break into the house. She rushed to Bolívar, thrusting a sword and gun into his hands, and told him to leap from the window.

After Bolívar escaped, the would-be killers pressured Sáenz into giving up information about her lover. She refused — and she might have died if the conspirators hadn’t felt it wrong to kill a woman.

For her bravery, Bolívar declared Sáenz the “Liberator of the Liberator.”

When Simón Bolívar died in 1830, Manuela Sáenz faced a backlash from his enemies. Colombia’s president exiled her after she attacked a garrison. Sáenz claimed she was innocent, coyly claiming “there is nothing a poor woman like me could do.”

But then the president of Ecuador also exiled Sáenz, declaring, “It is women who most foment the spirit of anarchy; because of this … Manuela Sáenz must be made to leave the territory of Ecuador.” 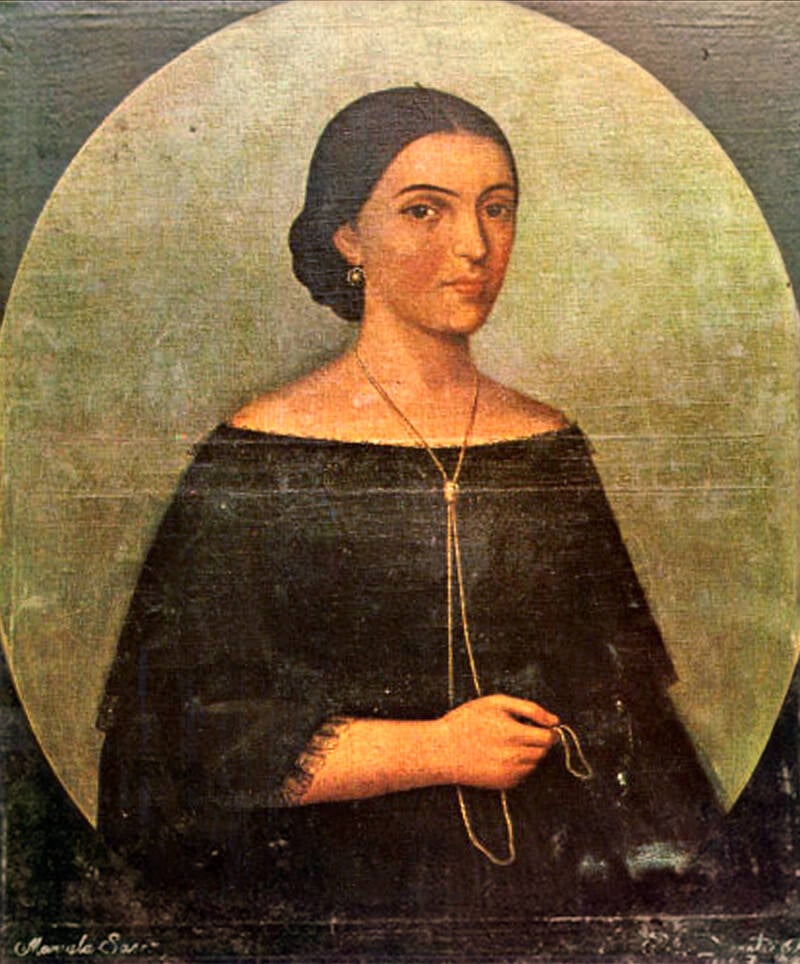 In 1847, her husband was murdered and she was denied her 8,000 pesos inheritance. Disabled after the stairs in her home collapsed, Sáenz died on Nov. 23, 1856, during a diphtheria epidemic. Her body was buried in a mass grave.

For years after her death, many wrote off Manuelita Sáenz as the lover of an important man. Her daring rescues were chalked up to “feminine intuition,” and even Bolívar seemed to dismiss Sáenz’s contributions when he wrote to his sister, “A woman should be neutral in public matters. Her family and domestic duties are her first obligations.”

Only recently have scholars uncovered Sáenz’s critical role in Bolívar’s political and military strategies and come to view her as a feminist icon who shirked convention to support the movement that she believed in.