Meet The Soldaderas, The Fierce Female Warriors Who Fought In The Mexican Revolution

During the Mexican Revolution, soldaderas fought valiantly and sometimes even outranked men on the battlefield. But their story was almost forgotten. 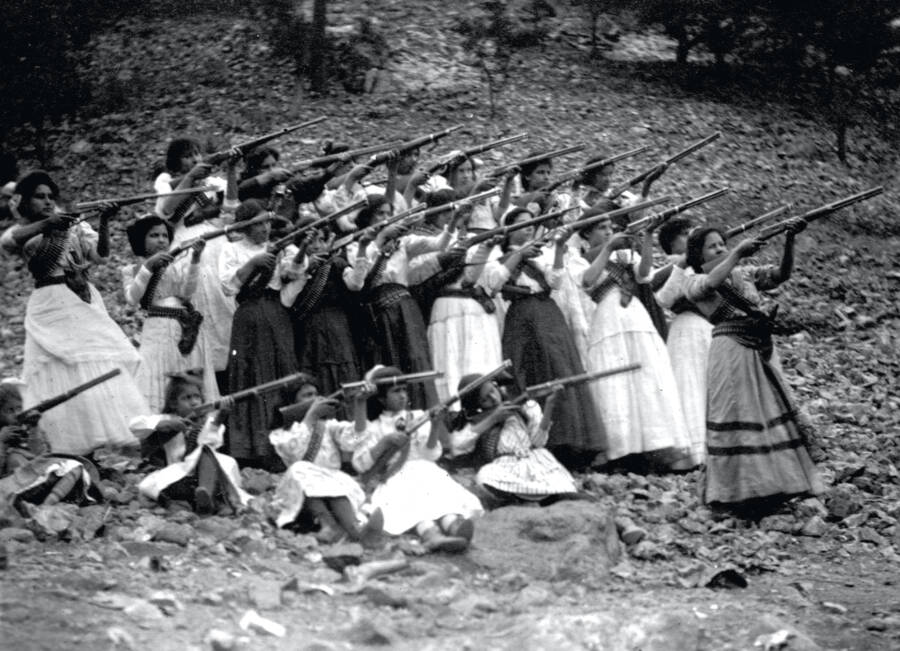 Library of Congress/Corbis/VCG via Getty ImagesA group of rebel women and girls practice their shooting skills during the Mexican Revolution. 1911.

During the Mexican Revolution, some of the strongest warriors were women. Known as the soldaderas, many of these female fighters joined revolutionary groups that were trying to help Mexico break free from the oppressive regime of Porfirio Díaz in the early 20th century.

But much about these brave women remains misunderstood to this day. First off, many assume that the term soldadera comes from the Spanish word soldado, which means “soldier.” However, the term is actually derived from the word soldada, which means “the pay of the soldier.”

This refers to the practice of male soldiers giving their wages to women — so that the women could pay for food and other domestic necessities during a war. But while some soldaderas stuck to this traditionally feminine role during the revolution, others took up arms to fight on the front lines.

Sometimes also called adelitas, soldaderas broke barriers and defied gender norms during a chaotic time in Mexican history. Despite enduring severe sexism from male troops, some women warriors climbed the ranks to become officers — and even led some of those same men into battle.

How Women Joined The Mexican Revolution 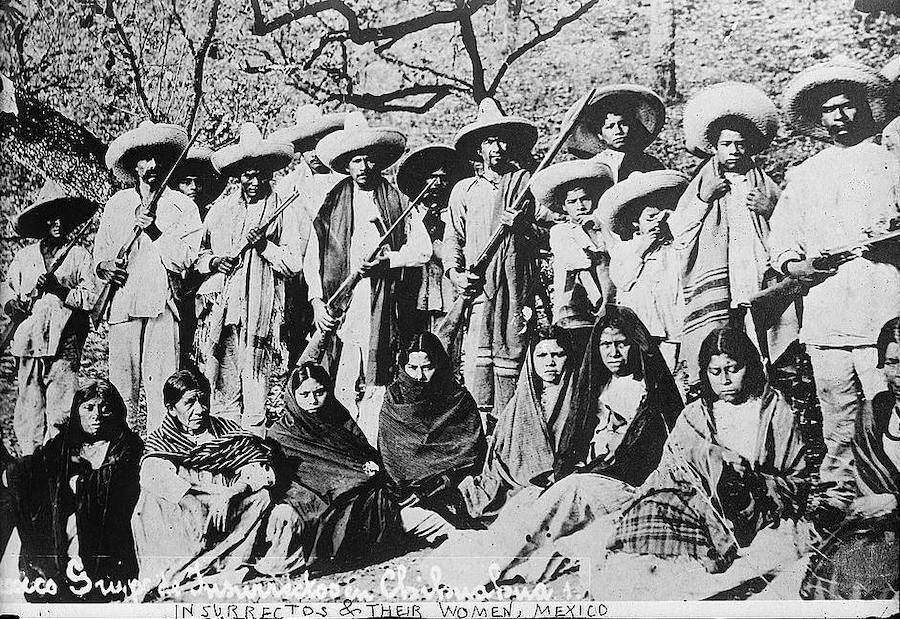 Wikimedia CommonsArmed revolutionary soldiers with their adelitas (unarmed in this photo). Circa 1910-1915.

Wars are known to upend gender norms, and the Mexican Revolution is no exception. In the early 1900s, most Mexican women were expected to take on domestic roles as housewives and mothers.

But when the Mexican Revolution began in 1910, many women were suddenly able to fight on the battlefield with men. This was mostly due to the complicated nature of the war — which saw thousands of revolutionary soldiers from different factions rise up against the federal government.

Not all of these small armies allowed women to participate in warfare — especially the more organized groups. The unstructured armies were far more willing to let soldaderas learn how to fight.

Some women thrived as soldiers. The best female fighters even rose to the upper ranks of the troops. Women who became officers were known as coronelas, and some were informally called generalas.

One famous revolutionary woman named Petra Herrera posed as a man to fight on the front lines. She took the name Pedro and committed to a fake male identity, pretending to shave her “beard” at dawn and hiding her braids. But once she established a reputation as a fearsome soldier, she revealed her female identity by letting her braids down.

Herrera eventually commanded a brigade of 200 men — many of whom were stunned to find out she was actually a woman. Meanwhile, another female revolutionary named María Quinteras de Meras was so highly respected that she ended up outranking her own husband.

The Stunning Impact Of The Soldaderas 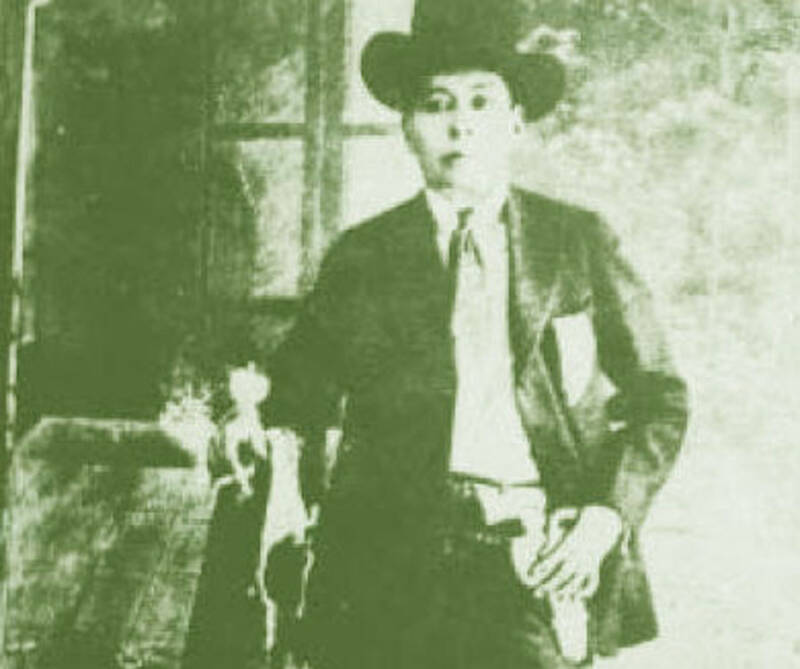 Wikimedia CommonsBelieved to be one of the first transgender figures in Latin American history, the soldadera Amelio Robles committed to a male identity during the Mexican Revolution. He continued living as a man after the war was over.

Even when they weren’t leading hundreds of troops or outranking men, soldaderas still played a crucial role in many revolutionary groups. To name a few, soldaderas were known to fight for the armies of leaders like Pancho Villa, Emiliano Zapata, and Venustiano Carranza.

Many gunslinging soldaderas took on male identities while fighting in an effort to protect themselves from sexual harassment or even violence from male troops. But despite fending off threats from men, they still managed to break barriers — both on and off the battlefield.

As one of the most respected soldaderas, Amelio Robles assumed a male identity all throughout the Mexican Revolution. While he obviously wasn’t the only soldadera to do this, he was the only one known to continue living as a man after the war was over. It’s now believed that he was one of the first transgender figures in Mexican history.

While most famous soldaderas — like Robles, Herrera, and Quinteras de Meras — were in revolutionary armies, there were also small numbers of women enlisted in the Federal Army of Porfirio Díaz. And of course, many men linked to the federal government often expected their soldaderas to help them out in many of the same ways that the revolutionary soldiers did.

It’s difficult to say exactly how many soldaderas took up arms during the war, but the number was certainly high enough for male authorities to notice. And many of them were not pleased.

But even though Secretary of War Ángel García Peña tried to prevent the soldaderas from fighting, federal leaders warned that the troops would revolt if he succeeded in sidelining the women. And so the fight continued.

The Struggles Of The Soldaderas 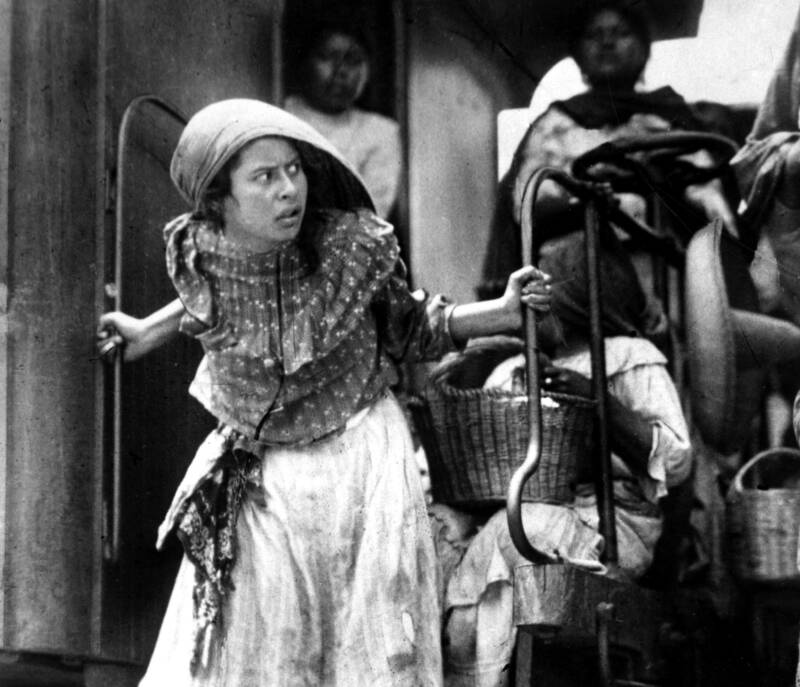 Soldaderas didn’t always join the war because they believed in the cause. As journalist John Reed learned while traveling with Pancho Villa’s army, many women were pressured into their wartime roles by husbands or lovers.

One soldadera told Reed that her partner had insisted that she join him in the service — even though she was pregnant at the time. She had asked him, “Why must I come?” He replied, “Shall I starve, then? Who shall make my tortillas for me but my woman?” Her baby later died because she could find no water for her child while they were in the desert.

Tragically, some soldaderas had been kidnapped by male soldiers, who rode into villages and demanded that women follow them to camp. If they refused, they risked getting shot.

But even when soldaderas weren’t forced to join the army, that didn’t necessarily mean they were eager to fight. Some joined because they needed protection. After all, if the men from their villages were getting drafted, they might have no one to defend them from rival armies if they stayed. So in some cases, it was actually safer for women to leave home.

After all, not every soldadera was a battle-hardened fighter. In fact, for every woman who fought on the battlefield, there were at least a handful of women marching along with the army who never held a gun.

For the latter women, their job wasn’t to go into combat, but to cook, clean, and provide company for the men they came with. Sometimes, they took on roles as nurses, tending to battle wounds of the men in their armies.

They also had another important task: foraging. Every time an army blasted its way through a new town, soldaderas searched the place for food, money, or valuables. Anything that would help the army survive was worth taking.

The Legacy Of The Soldaderas

Author Christine Arce discusses her 2017 book Mexico’s Nobodies: The Cultural Legacy of the Soldadera and Afro-Mexican Women. The soldaderas are believed to have included women of various ethnicities, including Afro-Mexicans.

Though the soldaderas fought valiantly during the Mexican Revolution, most were forced to return to domestic roles after the decade-long war was over, with little recognition for their hard work during this turbulent time. And despite the revolutionary win, little progress had actually been made on women’s rights outside the battlefield.

“It’s uncommon to see women in combat, especially leading troops, but you have to put them in context,” said Pablo Piccato, a professor of Latin American history at Columbia University. “It’s not like it was a feminist movement. This didn’t advance the situation of women at large.”

Indeed, during the Mexican Revolution, the story of the soldaderas was largely told by men. While some men wrote affectionate songs about these female soldiers, these tunes mostly emphasized their beauty and desirability. Oftentimes, they all but erased their role in the actual war.

And according to Delia Fernández, an assistant professor of history and core faculty in Chicano Latino studies at Michigan State University, these stereotypes of the soldaderas as sex objects persisted for quite a long time.

“It was hard for people to reconcile: ‘How do we remember these courageous women who were fighting in this war, but we also still continue to treat them badly?'” Fernández told Teen Vogue. “And one way to negate their contributions is to say, ‘Oh, these sex objects were there as well. These people are very nice to look at, and if you put a gun on them it makes them sexy and dangerous at the same time.'”

But in the late 20th century, Mexico finally began to properly recognize the soldaderas — who were clearly more than just the love interests of male soldiers. And by the 1970s, a female Mexican American civil rights group had named themselves after these brave women warriors.

As Mexican and Mexican American feminists continue to fight for equality in Mexico today, some still take inspiration from the soldaderas — who fought for their country’s freedom even when they didn’t have their own.

Now that you’ve learned about the soldaderas, read about the most heroic women who fought in World War II. Then, check out these fierce women warriors of the ancient world.