For 17 months in the mid-1980s, the Glico Morinaga case saw a mysterious gang use kidnapping, extortion, and blackmail to cripple Japan’s candy industry — and they never got caught. 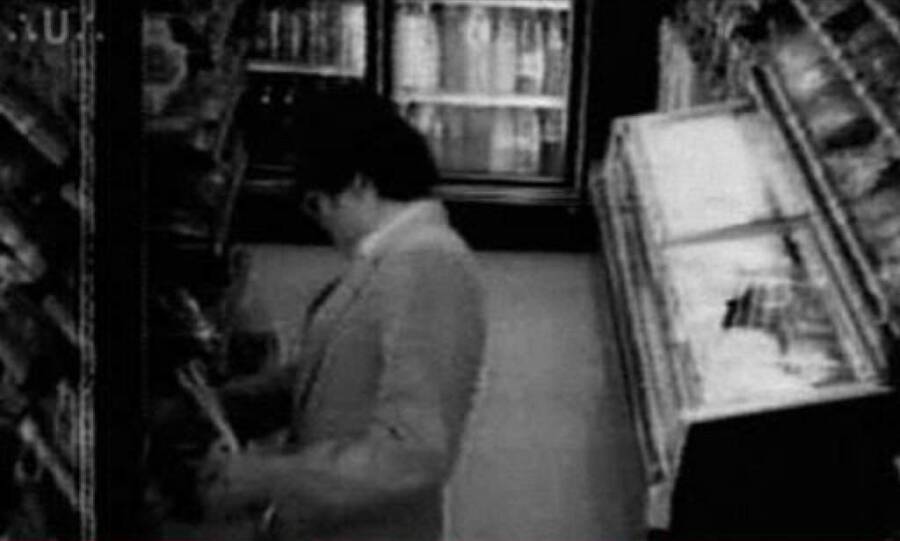 National Police AgencySecurity footage shows “The Videotaped Man,” believed to be the ringleader of The Monster with 21 Faces, putting supposedly poisoned Glico candy on store shelves in 1984.

The Glico Morinaga kidnapping and blackmail case is one of the most notorious mysteries in Japan’s modern history. Then, a mysterious entity called “The Monster With 21 Faces” threatened to poison Japanese candies — and did.

For a year and a half in the 1980s, this elusive group terrorized two Japanese candy companies, Ezaki Glico and Morinaga, as well as other food companies. They demanded ransoms, kidnapped executives, and even slipped boxes of cyanide-laced candy into stores.

By the time their reign of terror came to a sudden end, The Monster With 21 Faces had slashed companies’ profits, terrified the Japanese, and frustrated police. To date, the people behind the threats have never been caught.

The Glico Morinaga Case Kicks Off With a Kidnapping

The Ezaki Glico company, famous for its beloved Pocky confections, is one of Japan’s most popular candy companies. But on March 18, 1984, Glico was thrust into the spotlight for an entirely different reason.

That night, two masked men broke into the home of Glico president Katsuhisa Ezaki. Around 9 p.m., they tied up Ezaki’s wife and daughter and dragged Ezaki naked from his bathtub. They threw the candy executive into the back of a car and sped off into the night.

To the shock of many in Japan, the kidnappers then demanded one billion yen (about $9 million today) and 220 pounds of gold bullion. Though Ezaki managed to escape before the company paid his ransom, it soon became apparent that his torment had just begun. 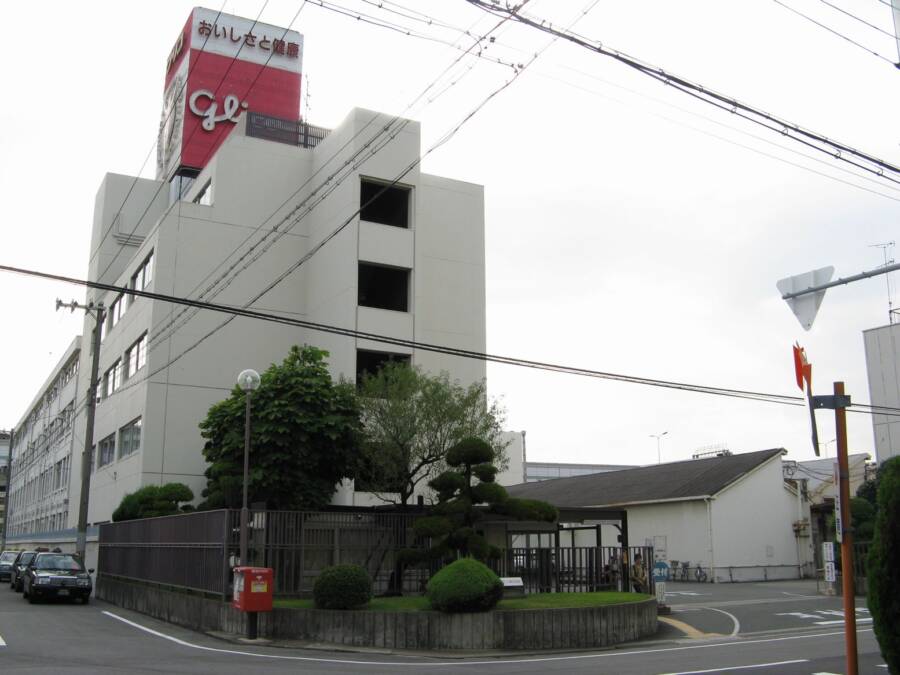 Before long, six cars at a Glico factory were set on fire. Then someone sent the company a container of hydrochloric acid. And, as if Ezaki hadn’t already gotten the hint, his tormentors also started sending threatening letters that were quickly published by newspapers.

“To the police fools,” their April 8, 1984 letter starts, “Are you all stupid? What the hell are you doing with all that manpower?”

They dangled clues like the color of their car — gray — and where they bought their food — Daiei Supermarket, a large chain — adding that this information should be enough to catch them. They finished the letter with a threat: “Shall we kidnap the head of the prefectural police, too?”

Ezaki’s kidnappers signed the note as “The Monster With 21 Faces,” a nod to a shape-shifting thief from Edogawa Rampo’s 1963 novel The Fiend with the Twenty Faces. But neither that nor the clues they offered helped police track them down.

In fact, their threats got worse. In mid-May, The Monster With 21 Faces claimed they’d placed several packs of cyanide-laced Glico candy on store shelves.

How The Monster With 21 Faces Injected Cyanide Into Candy

Following the May 1984 letter, panic erupted across Japan. The Monster With 21 Faces had not specified which candies they poisoned — so Glico recalled all of it. Not that anyone wanted to eat it.

As a result, the company saw its profits plummet and laid off some 1,000 workers. And Ezaki soon admitted that the kidnapper’s gambit had cost Glico $130 million in sales. 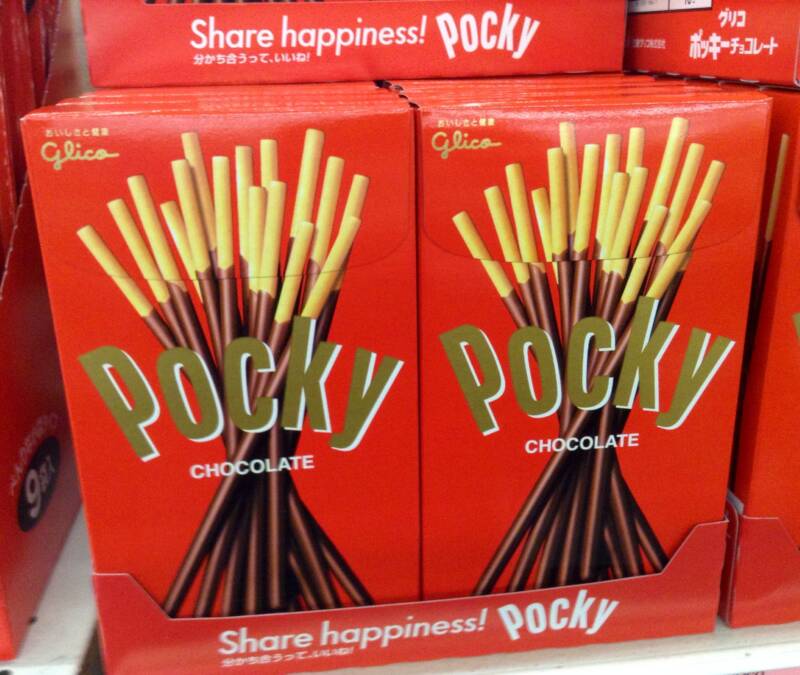 Mike Mozart/FlickrThe threats by The Monster with 21 Faces led to a recall of all Glico candy across Japan, including their famous Pocky confections.

But police never found evidence that The Monster with 21 Faces had poisoned any Glico candy.

Indeed, by that June, the strange gang seemed ready to abandon its torment. “The president of Glico has already gone around with his head hanging down long enough,” The Monster With 21 Faces wrote.

They added: “In our group there’s also a 4-year-old kid — every day he cries for Glico… It’s a drag to make a kid cry cause he’s deprived of the candy he loves.”

Though Japanese candy lovers may have breathed a collective sigh of relief, The Monster With 21 Faces hadn’t given up. Instead, they focused on another candy company.

In September 1984, the “Morinaga” part of the Glico Morinaga case began when The Monster with 21 Faces demanded money from the Morinaga candy company. When Morinaga refused to comply, they sent out another threatening letter that upped the ante.

“We’ve added some special flavor,” the group said in an October letter. “The flavor of potassium cyanide is a little bitter.”

They explained that they had left “twenty boxes in stores from Hakata to Tokyo” filled with cyanide-laced candies. But don’t worry, they added, they’d left a note on the boxes.

Sure enough, police found boxes of poisoned candy with a sticker affixed to them that read, “Danger, contains poison. You’ll die if you eat this. The mystery man with 21 faces.”

For months, police in Japan did everything they could to find The Monster With 21 Faces. As threats mounted against other companies, they examined hours of surveillance footage and even released audio of a woman and a child demanding money on behalf of the group, hoping someone could identify them. No one did.

They had a couple of clues. A security camera caught a man placing Glico candy on a shelf. Police later dubbed him “The Videotaped Man.” Then, police noted a bystander acting suspiciously during an attempted money drop. They called him “The Fox-Eyed Man.” But investigators could never identify either of them. 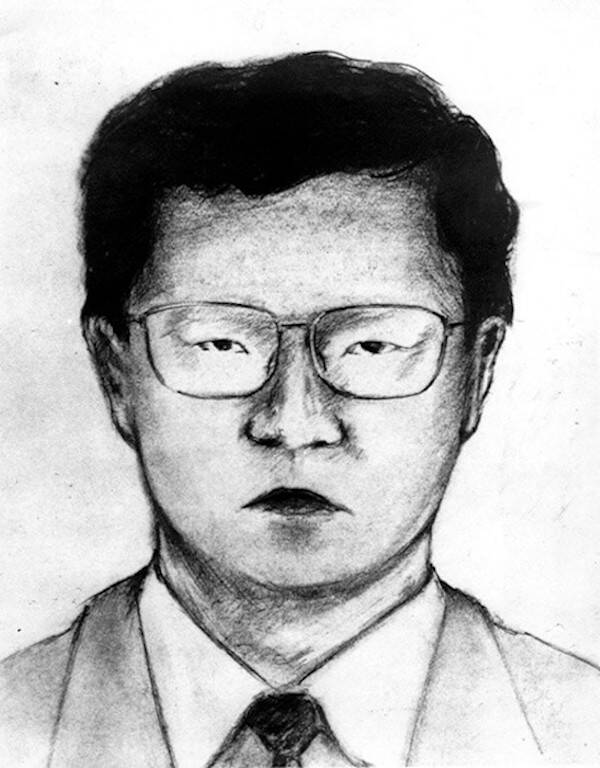 National Police AgencyA police sketch of “The Fox-Eyed Man,” the only suspected member of The Monster with 21 Faces that anyone ever saw in person.

By August 1985, the stress of the case — and the constant failure of the police — grew too much for the head of the Shiga Prefecture police, Shoji Yamamoto. He died after pouring kerosene over his head and setting himself on fire.

Though The Monster With 21 Faces reacted to Yamamoto’s death with derision — “how stupid of him!” they wrote in a letter — they also seemed mollified.

Signing off, they added: “We are bad guys. That means we’ve got more to do other than bullying companies. It’s fun to lead a bad man’s life. Monster with 21 Faces.”

That was the last time anyone ever heard anything from The Monster With 21 Faces ever again. By the end of their reign of terror, no one had ever been poisoned, and the entity had never shown up to accept any extortion money.

Though the police investigated 125,000 people — everyone from Yakuza mobs to North Koreans — and chased thousands of tips, they never were able to identify The Monster With 21 Faces.

And, today, the statute of limitations has expired. Even if The Monster With 21 Faces took off their mask, police couldn’t charge them.

As such, the Glico Morinaga case remains one of the strangest — and sweetest — unsolved murders of the 20th century.

Now that you know about the Glico Morinaga kidnapping and blackmail case, read about the gruesome murder of Junko Furuta. Then, read about the WWII-era atrocities committed by the Japanese — whose cruelty defies explanation.