Government incompetency at its most interesting. 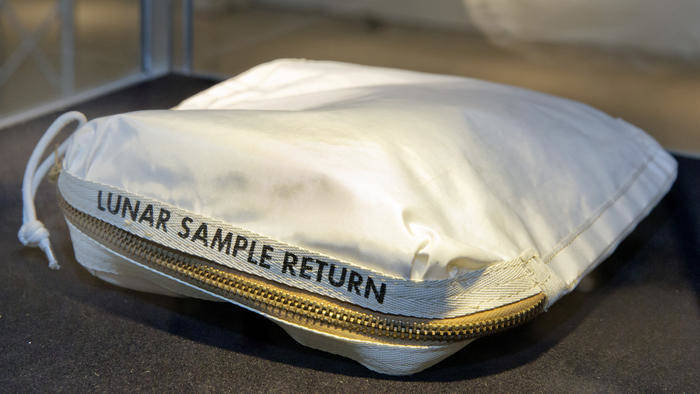 There, astronaut Neil Armstrong took a bag with him across the cratered lunar surface, collecting space sediment as he went. He then zipped the white cloth pouch — clearly labeled “LUNAR SAMPLE RETURN” — shut, and it flew back to Earth with the rest of the Apollo 11 crew.

Decades later, in the 1970s or 1980s, the bag was misplaced, lost among other artifacts in the garage of a Kansas museum director in whose facility the bag had spent time.

The director, Max Ary, eventually began selling the items that were never his to sell, which law enforcement officials soon noticed. When government investigators finally uncovered the missing moon bag in 2003, they didn’t recognize the sack for what it was.

Though the government suggested a price of $20,000, the highest bid for the bag was a mere $995. Nancy Carlson, a collector from the Chicago suburbs, was the lucky buyer — and even she didn’t know the true value of her purchase. 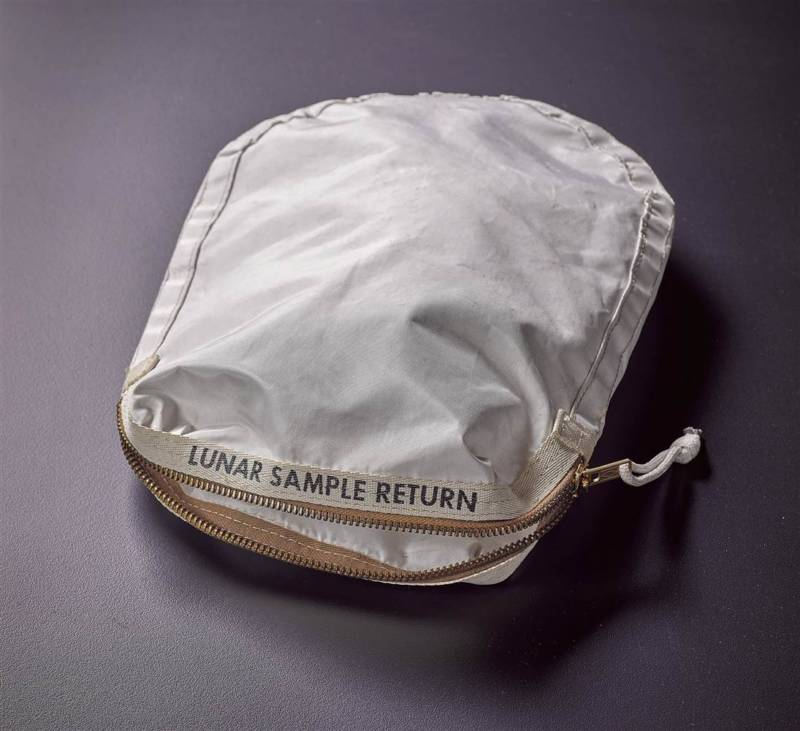 Carlson sent the bag to NASA, where agency workers were shocked to realize that it hadn’t come from just any space mission, but instead from Apollo 11.

“This artifact was never meant to be owned by an individual,” NASA said in response. They argued that the bag “belongs to the American people,” and refused to return it to Carlson.

The case was taken up by a federal court in December 2016, which ruled that Carlson did own the moon dust fair and square.

U.S. District Judge J. Thomas Marten said that the object was a testament to the NASA workers, whose “amazing technical achievements, skill and courage in landing astronauts on the moon and returning them safely have not been replicated in the almost half a century since the Apollo 11 landing.”

For this reason, he admitted that it should never have been put up for auction. But also conceded that there was nothing legally wrong with the process, and there was no way he could reverse the sale.

“I’m thrilled we won,” Carlson told The Chicago Tribune at the time of the court ruling. “This is like the Holy Grail.”

She’s a bit wary of all the publicity, though. While she used to keep the moon satchel in her bedroom closet, she moved it to a secure location after the trial.

Now, however, Carlson has gotten rid of the bag entirely and put it up for auction. On Thursday, the bag of lunar dust sold in a New York auction for $1.8 million.

The bag’s new owner hasn’t been announced, but it’s market value has now rocketed from $995 to $1.8 million.

And that’s a giant leap for anybody.

Next, check out some incredible Apollo 11 facts that you’ve never heard before. Then, find out why some people think that the moon landing was faked.