The species is not native to the area, but since their introduction to Olympic National Park, have become dangerously addicted to human sweat and urine. 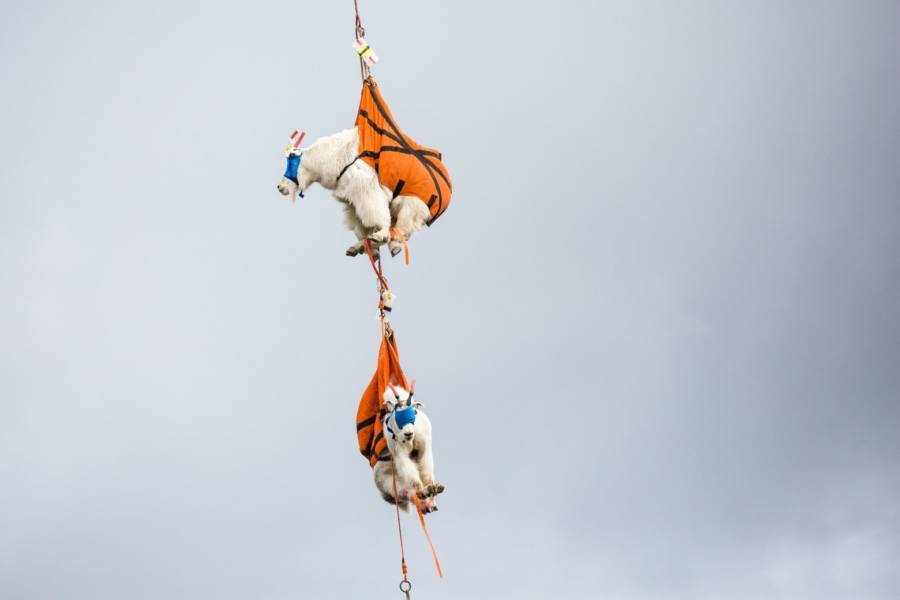 We’ve all heard the saying “when pigs fly,” but what happens when goats fly?

So far, more than 75 mountain goats have been flown out of Olympic National Park in Washington state as part of a larger plan to remove the species from the area.

According to NPR, the non-native goats have been wreaking havoc on the park by both disrupting the alpine ecosystem and assaulting visitors. The animals crave salt and because the park is not their natural environment, there are no salt licks for them to enjoy, so the goats have to turn to the next best thing: humans.

The mountain goats have been harassing hikers because they are attracted to the salt in human sweat and urine. When the goats see a human, they basically see a walking, talking salt lick.

Goats have been disrupting the natural ecosystem of the national park and attacking humans, even killing a man in 2010, which sparked concern from officials over the aggressive animals.

The National Park Service, the Washington Department of Fish and Wildlife, and National Forest Service thus came up with a three- to five-year plan to get rid of the goat problem in the park. The plan is to capture roughly half of 700 of the animals in the park and safely transport them to the North Cascade mountains, where they are a native species. 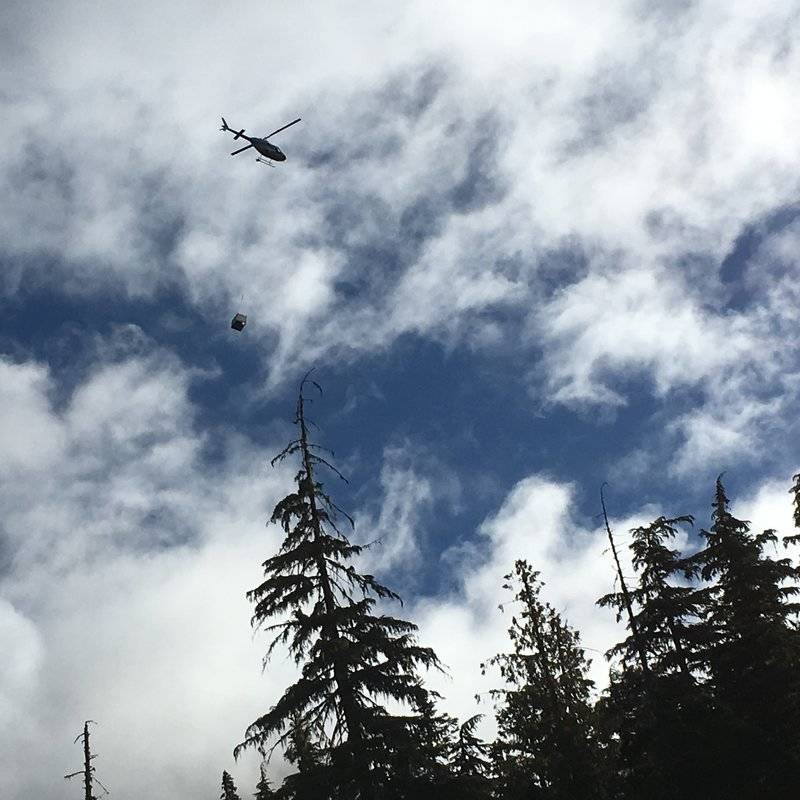 Ashely Ahearn/NPRA mountain goat in a crate being transported to its new home.

This most recent removal is just one of many planned relocation events. Two more are scheduled for sometime later this year and in 2019.

Ruth Milner, who has been studying mountain goats with the Washington Department of Fish and Wildlife for decades, told NPR that moving the goats to the North Cascades is a “win-win.”

The Olympic National Park needs the goats out of the area and the North Cascades has seen a recent dip in its mountain goat numbers, so the hope is that moving the goats to the area can help make up for the dwindling numbers. However, David Wallin, a professor in the environmental sciences department at Western Washington University, warns that this plan is just one step in the right direction, not a complete solution.

“This translocation effort isn’t going to solve the problem,” Wallin told NPR. “But we figure we can move 300 to 400 goats over and that’s a 10 percent bump in the population [in the North Cascades]. Our hope is that will help jump-start the recovery.”

The non-native mountain goats first arrived in the area before it was even officially a national park, according to The Seattle Times. In the 1920s, a hunting group from British Columbia and Alaska brought a dozen goats to the area and since then they have multiplied into several hundred.

Now, the mountain goat population in Olympic National Park hovers around 700. The teams hope they can relocate half of those animals but unfortunately, the ones they can’t remove will be killed.

According to The Seattle Times, the process to relocate the goats is intensive. The animals are first sedated with drugs, airlifted and placed inside of trucks, and transported to a collection of tents under which they have a wide range of tests conducted on them. 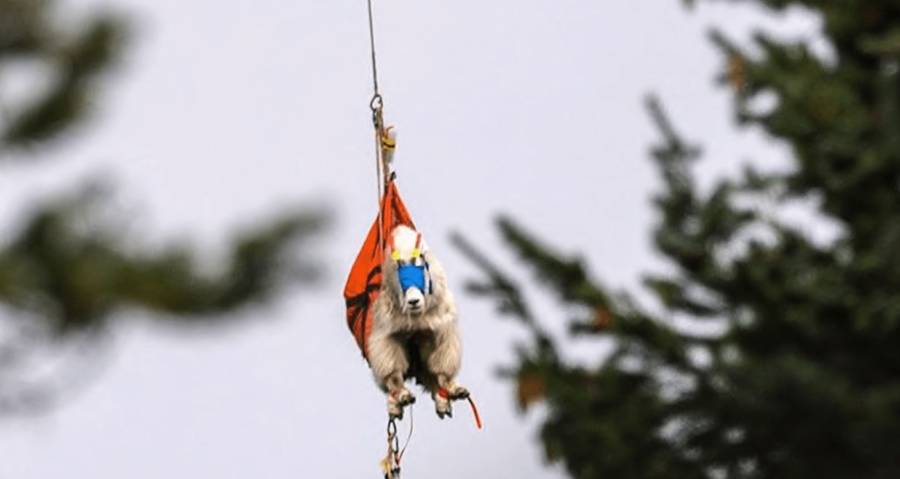 Next, they are fitted with GPS tracking collars, loaded into crates and driven via a refrigerated truck to the North Cascades. All in all, the animals will travel by helicopter, multiple trucks, and a ferry on the journey to their final destination.

This is not the first attempt to help with the mountain goat problem in the national park. According to NPR, several hundred mountain goats were captured across the West in the 1980s. Even though it wasn’t a smashing success, the Olympic National Park saw some improvements once some of the environment-trashing goats were gone.

“We saw the ecosystem bounce back,” Patti Happe, a wildlife biologist at the park, told NPR. “When you get a group of goats hanging out in an area they move around and trample the soil and fragile vegetation. Goats have this habit that they like to dust bathe. They form these wallows and create big patches of exposed soil, and with erosion, they get bigger and bigger.”

However, because all of the goats weren’t removed, the populations returned to normal and have risen steadily each year since.

It seems counterintuitive to remove mountain goats from mountains but in this case, it’s key for the survival of both the national park and the animals themselves.

Next, read about Project Isabela where 250,000 goats were slaughtered to save a species. Then, check out this video of the Canadian government airdropping Bison into a national park in order to repopulate the area.