In the 1990s, the Galapagos Conservancy launched Project Isabela, an all out war against 250,000 goats in the Galapagos Islands to save the dwindling population of Galapagos tortoises. 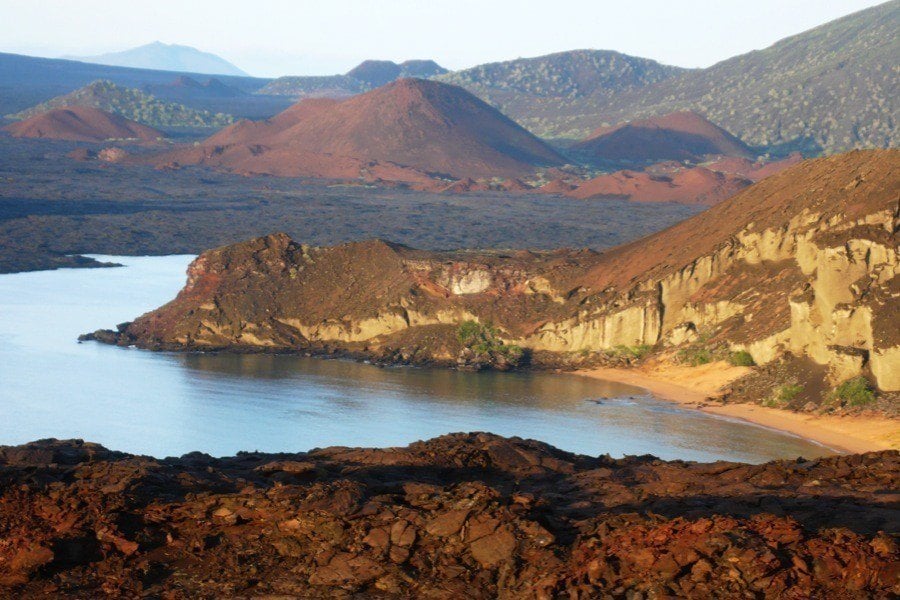 Charles Darwin called the Galapagos Islands “a little world within itself.” It’s hard to imagine what his life and work would have looked like without this Pacific Island archipelago, and it’s just as challenging to think of the island chain without the giant tortoises which give the islands their name.

For a time, though, those tortoises were at risk of disappearing. To save them, Galapagos enthusiasts began to think about conservation in new, lethal and not-so natural terms.

The massive Galapagos tortoises roam the islands like living boulders. They can weigh in at more than 500 pounds and most live longer than 100 years, with some living past the age of 150. The islands themselves are actually named after these gentle titans — in Spanish, galápago means tortoise. 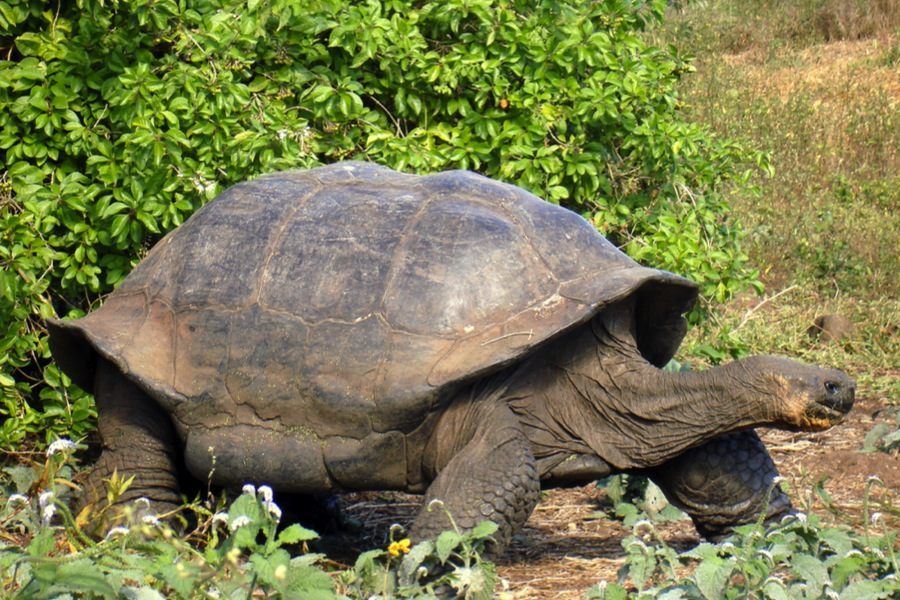 The Galapagos tortoise lives longer than 100 years and can weigh over 500 pounds.

At the end of the 20th century, these iconic creatures were inching toward extinction. Over the course of 150 years, the giant tortoise population fell from an estimated 100,000 to around 15,000. Behind the plummet in population was an unexpected menace: goats.

The Start Of Project Isabela

Left behind by explorers, merchants, whalers and pirates, goats arrived in the Galapagos in the 16th and 17th centuries. Over time their numbers multiplied. By the 1990s, around 250,000 goats were bleating across the Galapagos. They ate everything and stripped the islands of their vegetation in the process. The islands’ tortoises, those ancient standard-bearers of biodiversity, began to die out.

Concerned environmentalists, conservationists, and evolutionary biologists began to wrangle with how to save the tortoises from the goats. Wild strategies emerged, such as a plan to introduce lions to the islands to devour the invasive goat population. In the end, though, the environmentalists decided on the most obvious, straightforward solution: all-out slaughter.

After years of debating, planning and consensus-building, the Galapagos Conservancy (formerly called the Charles Darwin Foundation) initiated Project Isabela, a systemic eradication of all of the goats, feral pigs and donkeys on the main Galapagos islands.

The project began with a ground hunt, but eventually the team brought in helicopter pilots and sharpshooters from New Zealand.

As one of the sharpshooters explained to WNYC’s Radio Lab, the normal procedure was to have two gunmen on either side of the helicopter. They would drive the goats into a tight herd, then open fire. 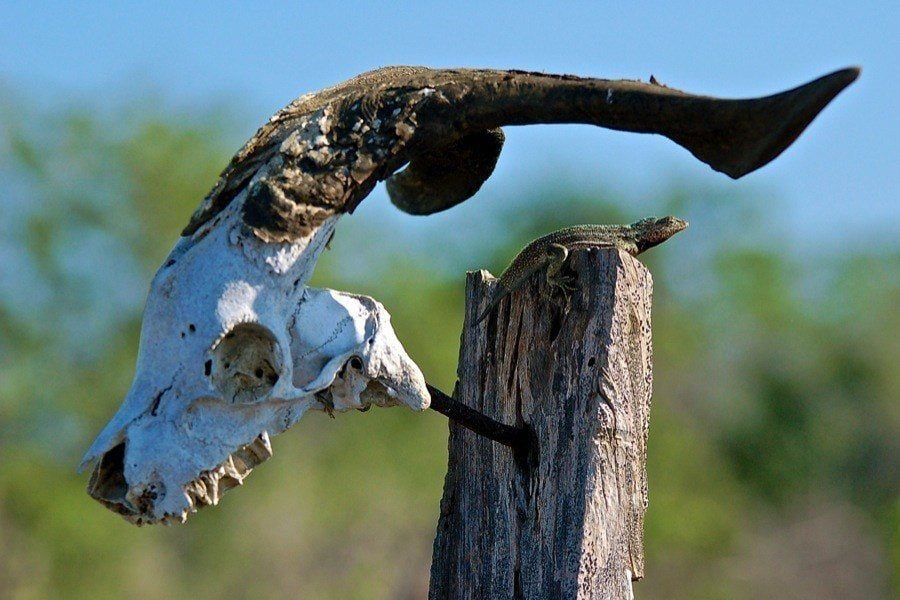 A Galapagos lizard sits in the shade of a goat skull on Santiago Island. Source: Flickr

90 percent of the islands’ goats were killed within the first year of aerial hunting. But that still left thousands of goats on the islands – and goats can’t keep their hooves off each other. The scattered remainder, now clued into the lethal significance of a helicopter’s appearance, began to breed and repopulate in hidden enclaves. To find these final, wily packs, the Project Isabela team turned to “Judas goats.”

A Judas goat was a female who would be captured from the wild, tagged with a GPS tracking device, and then released to find other goats, especially lovelorn males.

The sharpshooters would take to the air again, track the Judas goat, find her hidden companions and gun them down, always leaving the Judas goat alive so that the whole process would begin again. Track, slaughter, repeat. The team eventually used 900 Judas goats over the course of a couple of years. 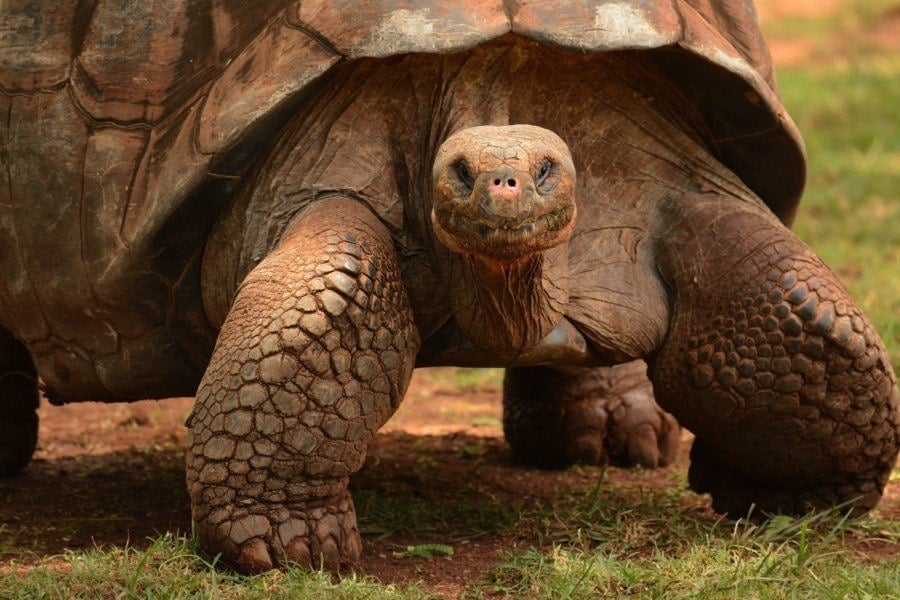 Yes, it did. As of 2006, according to Galapagos Conservancy, the main islands were “declared free of all large introduced mammals – goats, pigs, and donkeys.” Today, the goats are gone–250,000 of them. The vegetation they destroyed has started to regrow. Tortoises endure.

Strangely, though, the story of Project Isabela upends the theory of natural selection that Darwin began to develop in the Galapagos. Goats, of course, weren’t native to those islands.

But they had lived there for centuries, and during that time, they became better adapted to survive and thrive while the tortoises they displaced seemed unable to do so.

Instead of the “survival of the fittest,” the salvation of tortoises has depended on the far-from-natural intervention of human beings armed with helicopters and high-powered rifles. What would Darwin make of that?