Researchers used seismic data from Bolivia's 1994 earthquake to map out a boundary 410 miles beneath the surface — and made a huge discovery. 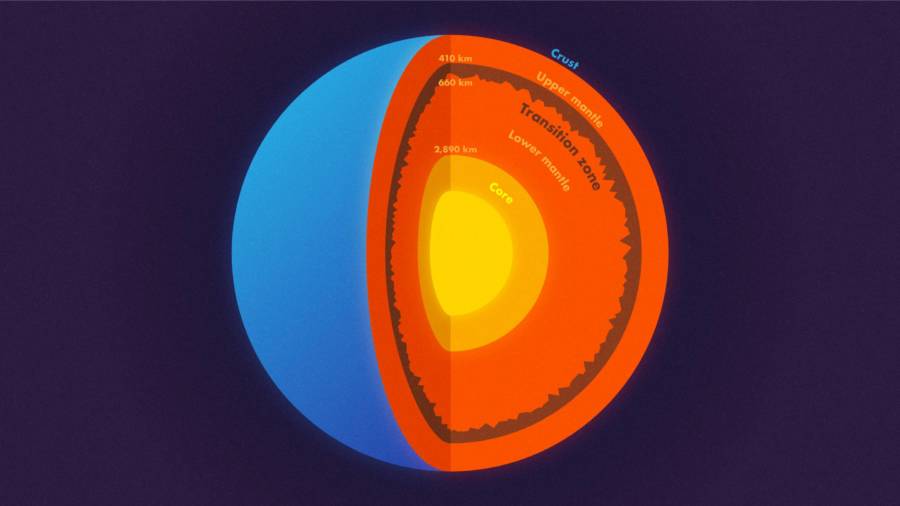 When children learn about the layers of our planet, the components are often simplified into three easily understandable parts: crust, mantle, and core. However, a new study published in Science this week has complicated that notion by suggesting that mountains perhaps bigger than Everest also lie deep inside Earth.

Princeton geophysicists Jessica Irving and Wenbo Wu worked alongside Sidao Ni from the Institute of Geodesy and Geophysics in China to analyze the seismic data of Bolivia’s massive 1994 earthquake to look at what lies beneath, Science Daily reported.

What they found were mountains situated on a layer 410 miles below the Earth’s surface.

The team’s preliminary name for this section between layers, which seems to have housed these mountain ridges and other topography all along, is “the 660-km boundary.” 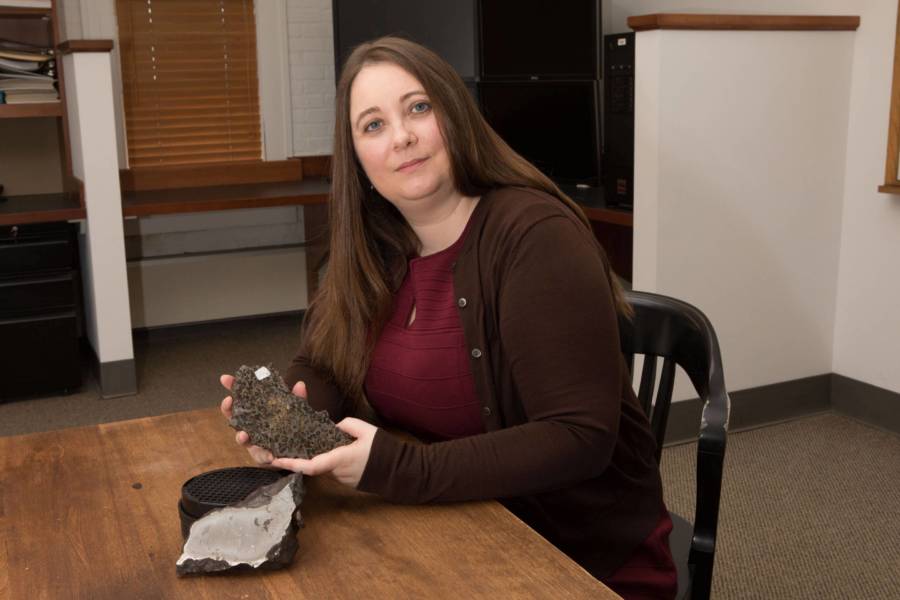 For Irving, only earthquakes and their seismic shifts have provided scientists like her with the kind of data they need to encounter findings like these.

“You want a big, deep earthquake to get the whole planet to shake,” she said.

While the seismic data of smaller quakes can certainly be studied just as well, big ones produce 30 times more energy with every single step up on the Richter scale — allowing Bolivia’s disaster in 1994 to provide prime data for the Princeton team to wade through.

The most useful information Irving gets comes from earthquakes with a magnitude of 7.0 or higher, as those produce shockwaves that shoot across all directions and are capable of traveling through the earth’s core to the other side of the planet — and back.

The seismic data of larger, deeper quakes, “instead of frittering away their energy in the crust, can get the whole mantle going,” explained Irving.

With an 8.2 magnitude, Bolivia’s quake in 1994 was the second-biggest deep earthquake ever recorded, allowing the researchers to get as clear a look beneath the Earth as possible. 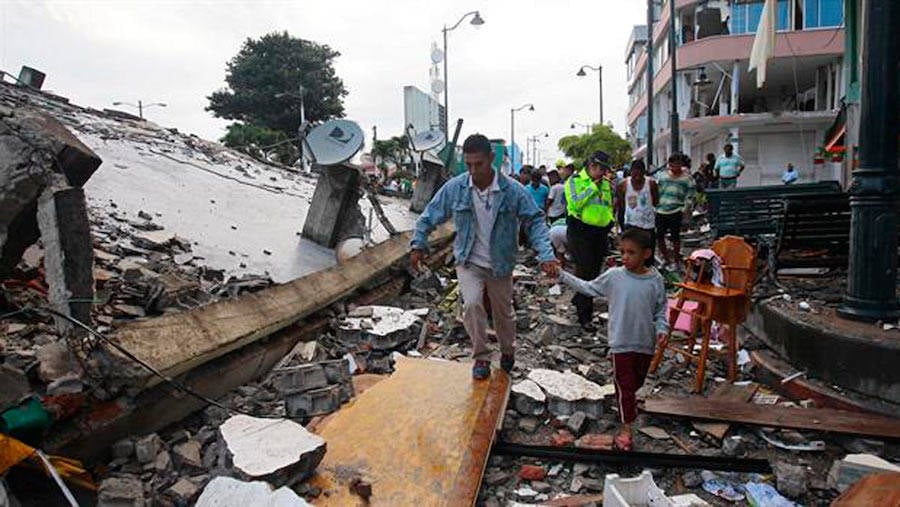 CNNA father and son walking through La Paz, Bolivia after the earthquake in 1994.

“Earthquakes this big don’t come along very often,” said Irving. “We’re lucky now that we have so many more seismometers than we did even 20 years ago. Seismology is a different field than it was 20 years ago, between instruments and computational resources.”

The researchers used Princeton’s Tiger supercomputer cluster, technology that allows one to simulate the complex behavior of waves scattering around deep beneath the surface.

The tool essentially graphs seismic data similar to how lightwaves are recorded reflecting or refracting off surfaces. In this case, it presents scientists with data about seismic waves and how they travel through rocks — or don’t. In other words, knowing where the path of these waves is obstructed can present a pretty clear, informative picture of the inaccessible landscape deep below the Earth.

“We know that most all objects have surface roughness and therefore scatter light,” said Wu, lead author of the study. “That’s why we can see these objects — the scattering waves carry the information about the surface’s roughness. In this study, we investigated scattered seismic waves traveling inside the Earth to constrain the roughness of the Earth’s 660-km boundary.” 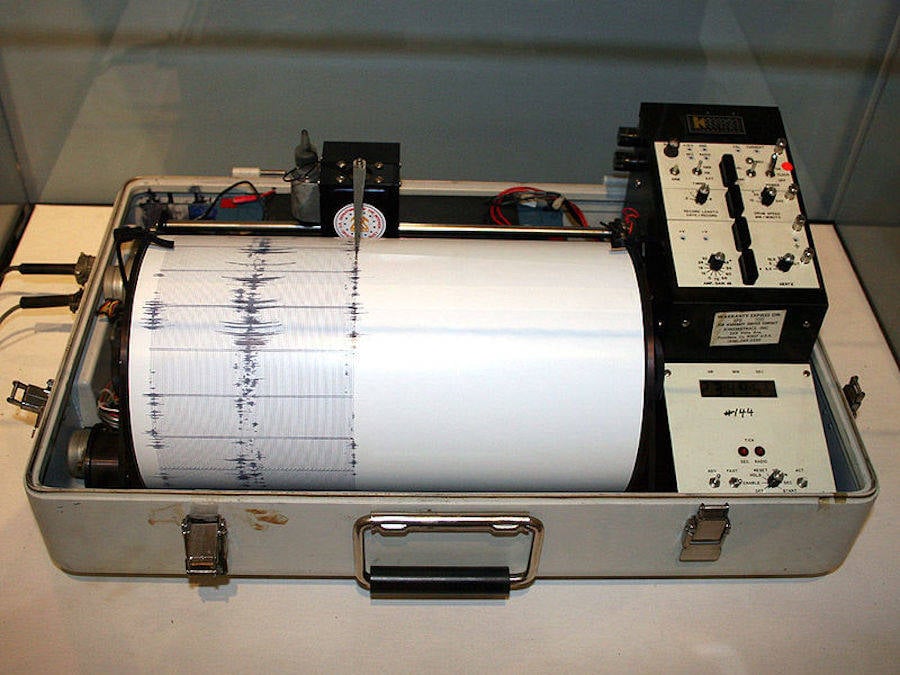 Wikimedia CommonsA kinemetrics seismograph used by the Department of the Interior.

What they discovered genuinely surprised them — the boundary had a surface layer far rougher than the one all of us on Earth live upon.

“In other words, stronger topography than the Rocky Mountains or the Appalachians is present at the 660-km boundary,” explained Wu.

While the team’s model couldn’t provide the precise heights of these subterranean structures, it’s likely that they far outmatch any mountains found on the Earth’s surface — a rather colossal discovery.

Another layer discovered at the top of the mid-mantle’s “transition zone,” 255 miles down, showed the scientists that this environment between the layers of Earth’s core is just as varied as those on the surface. The “transition zone” was far smoother than the roughness on the “660-km boundary.”

“They find that Earth’s deep layers are just as complicated as what we observe at the surface,” said seismologist Christine Houser, an assistant professor at the Tokyo Institute of Technology who was not involved in this project.

“To find 2-mile (1-3 km) elevation changes on a boundary that is over 400 miles (660 km) deep using waves that travel through the entire Earth and back is an inspiring feat… Their findings suggest that as earthquakes occur and seismic instruments become more sophisticated and expand into new areas, we will continue to detect new small-scale signals which reveal new properties of Earth’s layers.” 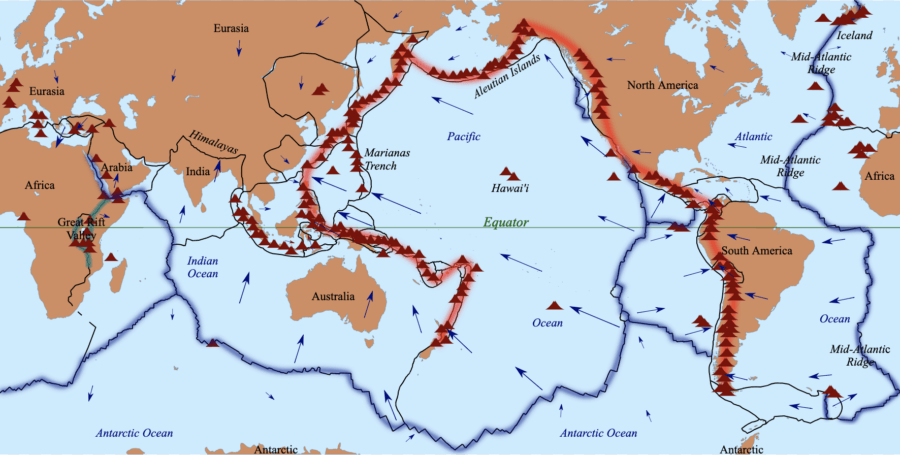 The ramifications of this newfound data have substantial implications on our understanding of both Earth’s formation and how it operates. The “660-km boundary” essentially divides the mantle — which comprises 84 percent of the planet’s total volume — into its upper and lower halves.

Scientists have pondered how instrumental this layer really is for years now, how heat permeates it and travels between layers, and how the hot rocks 2,000 miles below Earth’s surface traverse those areas.

There’s been mineralogical and geochemical evidence that suggests the lower and upper mantle are inherently different in terms of their chemical makeup, while other theories argue it to be a cohesive, “well-mixed mantle” with both sides providing key reactions in the heat-transfer cycle.

“Our findings provide insight into this question,” said Wu, as her team’s research suggests both sides of this argument are correct in different aspects of their claims. The smoother areas of the discovered boundary might’ve been produced by vertical mixing of the mantle’s chemicals, while the rougher, mountainous parts may have been shaped by areas where the mantle’s two halves don’t mix as harmoniously.

Additionally, the Princeton team may have contributed to the scientific debate surrounding tectonic sea floor slabs that push into the mantle’s subduction zones — collisions which have been discovered all over the Pacific Ocean.

“It’s easy to assume, given we can only detect seismic waves traveling through the Earth in its current state, that seismologists can’t help understand how Earth’s interior has changed over the past 4.5 billion years,” said Irving.

“What’s exciting about these results is that they give us new information to understand the fate of ancient tectonic plates which have descended into the mantle, and where ancient mantle material might still reside. Seismology is most exciting when it lets us better understand our planet’s interior in both space and time.”

Next, discover the most interesting facts about Mount Everest. Then, read all about the dead bodies lining Everest’s peaks.