Previous evidence put the first humans in Australia some 65,000 years ago. But these blackened stones say it's more like 120,000. 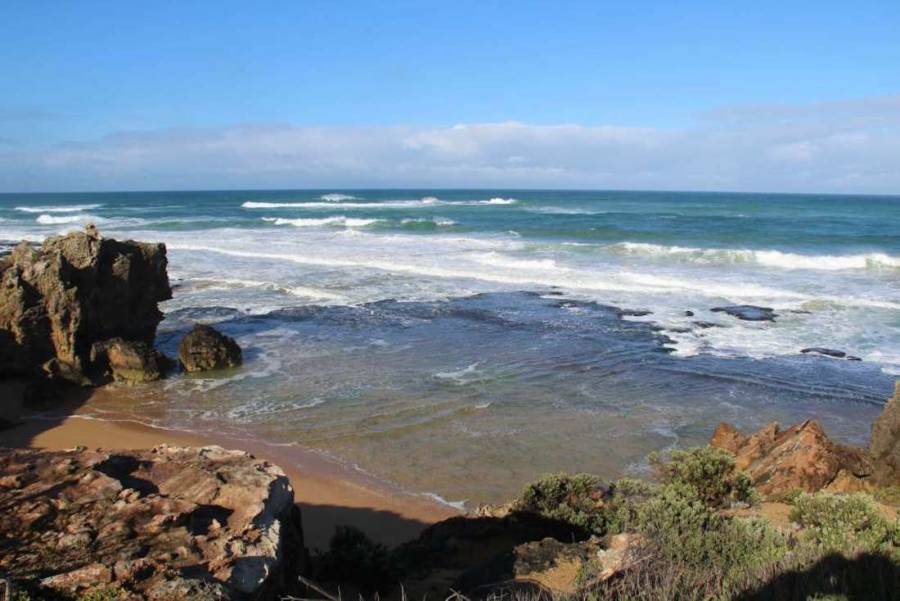 A site filled with blackened stones in southern Victoria, Australia has raised the possibility that humans existed on the continent 120,000 years ago — twice as long as the previously established timeframe of early human life in the land “down under.”

According to The Guardian, the research at the site was led by renowned geologist Jim Bowler, and presented to the Royal Society of Victoria. The 88-year-old famously discovered the bones of Mungo Lady and Mungo Man in 1969 and 1974, respectively, which are the oldest human remains ever found on the continent.

With his esteemed track record, Bowler may have now revolutionized the timeline of civilization in Australia for good.

Published in the Proceedings of the Royal Society of Victoria journal, his study essentially posited that the stones at Moyjil (or Point Ritchie) by the Hopkins River in Warrnambool were blackened by man-made fires instead of brush fires. The research also suggested that the scattered remains of edible shellfish discovered in the area were strong evidence of early human activity. 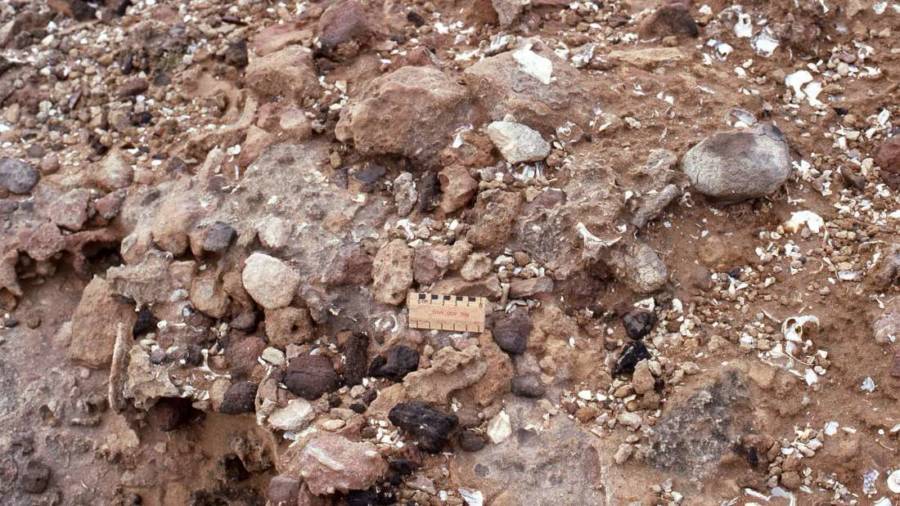 Together with David Price from the University of Wollongong, John Sherwood from Deakin University, and Stephen Carey from Federation University, Ballarat, the abstract of the six-paper study — titled “The Moyjil Site, South-West Victoria, Australia: Fire And Environment In A 120,000-Year Coastal Midden – Nature or People” — explains the central thesis quite succinctly:

“Thermal luminescence analyses of blackened stones provide ages in the…range…100-130 ka (thousands of years), consistent with independent stratigraphic evidence and contemporaneous with the age of the surface in which they lie.

“The distribution of fire-darkened stones is inconsistent with wildfire effects. Two hearth-like features closely associated with the disconformity provide further indication of potential human agency. The data are consistent with the suggestion of human presence at Warrnambool during the last Interglacial.”

A Warrnambool City documentary on Moyjil (Point Ritchie) and its earliest inhabitants.

When Bowler discovered the continent’s oldest human remains at Lake Mungo in New South Wales nearly half a century ago, it changed essential truths of regional archaeology forever. It essentially proved, according to IFL Science, that humans had been in Australia for 40,000 years.

Since then, tools dating back an additional 25,000 years before Mungo Man were found, once again recalibrating the timeline, and marking the earliest date for human activity in Australia at 65,000 years ago.

But Bowler’s new theory could push even that latest industry-wide date back by 55,000 years, provided his study is fundamentally sound and sufficiently supported by the evidence. And while the site at Moyjil lacked any signs of tools or human bones, it did contain findings inexplicable without a human factor.

The Gunditjmara people settled at Moyjil for easy access to both food and water, for tens of thousands of years.

This has been scientifically accepted fact, unlike what exactly caused the blackened stones beneath the oldest Gunditjmara remains — the archaeological community has long argued that it was wildfires, which is certainly natural to the Australian environment. Bowler, however, is convinced by the pattern of said blackening and fracturing that these were caused by campfires instead. 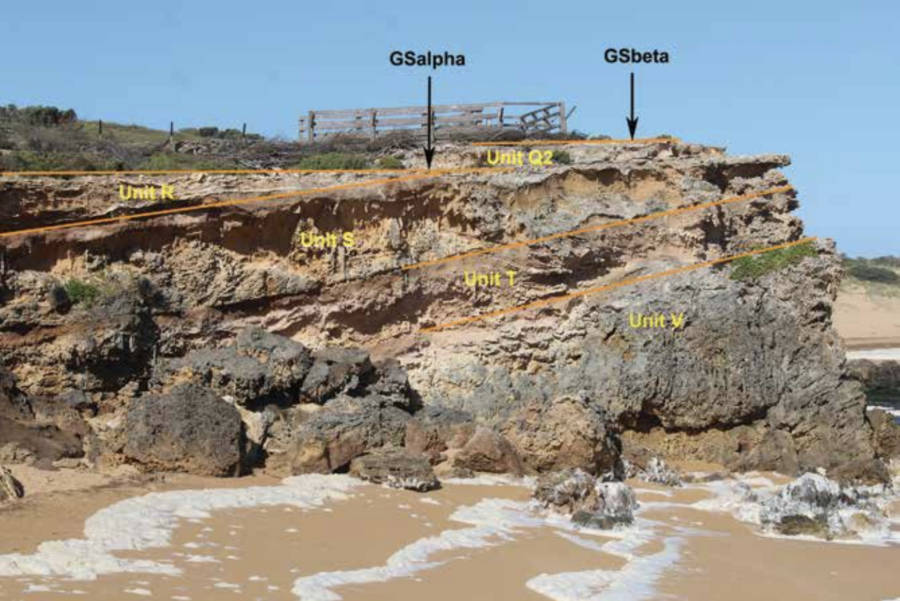 As for the shellfish remains Bowler and his team discovered on the site, it was largely the distribution of these shell middens that suggested they were left by humans, rather than left by birds or for other possible reasons.

The Moyjil theory is a big argument to make in Bowler’s field, as all previous regional studies pushed back the dating of human settlements incrementally, and “there has been continuity.” The geologist’s latest theory, of course, literally doubles the accepted timeframe, which makes it harder to swallow.

Bowler did explain, however, that there have been numerous other sites with evidence suggesting that the timeline should be pushed back but that they had been ignored due to academic dismissal. Now, he hopes the Moyjil study will have luminaries in the field reassess those previous theories.

In terms of bias, Bowler is adamant that he merely studies the evidence and reports on his findings. When asked about a 2017 study regarding humans reaching America 130,000 years ago, and who they might’ve been, his response entirely reaffirmed that claim of fact-based perspective.

“I’m a geologist,” he said. “I don’t enter into such speculative areas, I have no idea who these people were.” 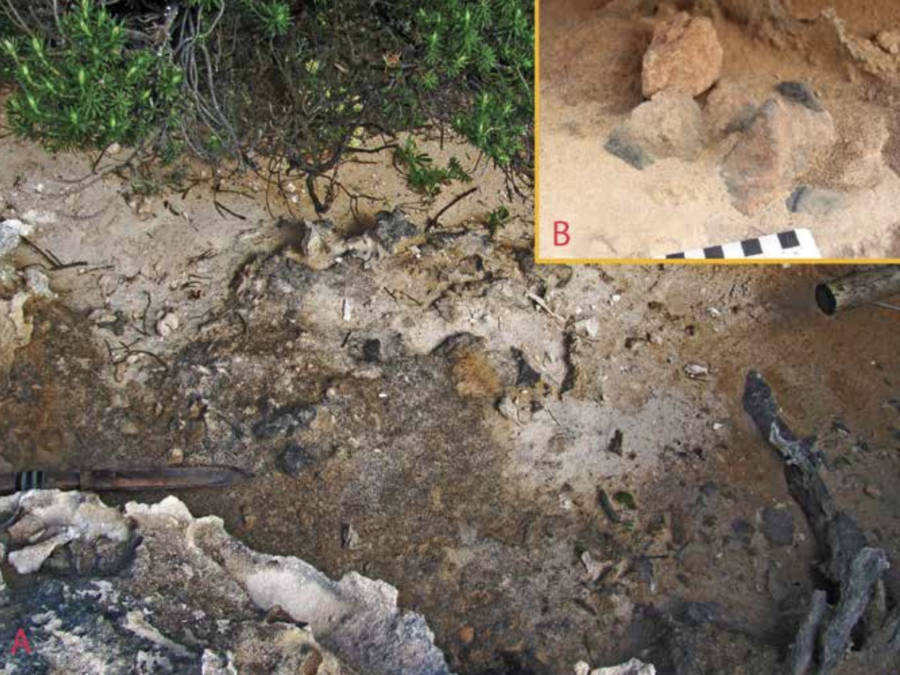 Ultimately, Bowler didn’t claim to have all the answers — merely a few, warranted questions.

“Who were they? Why here and not elsewhere? Why no legacy of any toolkit, no traces of food let alone human remains? In the absence of bones, stone flakes or any independent trace of people, the notion of occupation at 120 ka currently remains difficult to credit,” he said.

“However, marine shells, stones in unexplained depositional context and fire resemblance to hearth, successively diminish the possibility of a natural explanation,” Bowler argued. “That absence leaves the currently unlikely option of human agency as the most likely alternative.”

After learning about the new study suggesting humans have lived in Australia as far back as 120,000 years ago, read about aboriginal Australians living with giant reptiles and marsupials for more than 17,000 years. Then, look at this ancient skull and find out what humans looked like 9,500 years ago.