Man Dies After Being Sucked Into MRI Machine

The man, who wasn't even a patient at the hospital, was assured that the room was safe before he entered. 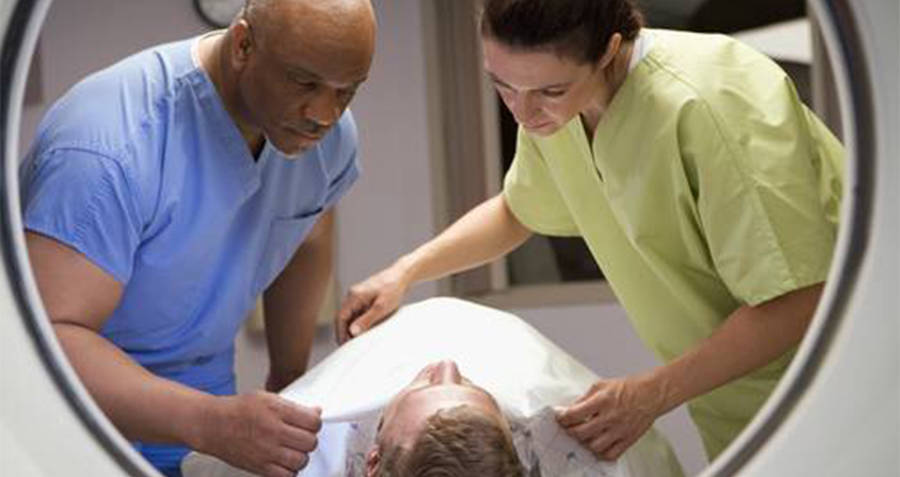 IndependentThe man was dragged across the room by the magnetic force of the MRI machine.

If you’re claustrophobic, you may want to stop reading now.

An Indian man just dealt with every claustrophobic’s biggest fear, when he died after being sucked into an MRI machine in a hospital in Mumbai – where he wasn’t even a patient.

Rajesh Maru, who carried a metal oxygen tank, was told that the machine was off when he walked into the MRI room at the BYL Nair Charitable Hospital. However, upon entering, it became clear that it was not.

The MRI machine’s magnetic force immediately pulled Maru across the room by the oxygen tank, so quickly that he didn’t even have time to let go. Upon being sucked into the machine, the oxygen cylinder burst, causing a huge leak.

The excess oxygen from the tank traveled directly into Maru’s lungs, causing an oxygen overdose. Though it seems counterintuitive, too much oxygen in the lungs can actually cause severe damage.

By the time the hospital staff managed to pull Maru out of the MRI machine, it was too late. Though they were able to rush him to an emergency ward, Maru was dead within minutes.

The autopsy showed that Maru had died to a pneumothorax, also known as a collapsed lung, a side effect of an overdose of oxygen.

“Excessive quantity of oxygen entered his body from the cylinder, which is also harmful. He seemed to have died instantly because of that,” a forensic doctor told The Indian Express.

Maru’s family is now accusing the BYL Nair Charitable Hospital of negligence, claiming that the doctors assured him it was okay to carry his oxygen tank into the room. Mumbai police have arrested one doctor and one staff member, who allegedly gave Maru the okay to enter the room.

“He went there to visit my ailing mother, but we did not know he would meet such a fate. We all are in shock,” said Maru’s brother in law. “It all happened because of the carelessness of hospital’s doctors and administration.”

In addition to the police investigation, the hospital is also conducting their own investigation, and the family has been awarded €6,300, or $7,802.80 in compensation.

Next, read about the girl who died after eating her own hair. Then, check out the guy who everyone thought was dead, who started snoring right before his autopsy.