The face behind the mask originally belonged to a Scythian warrior; a race made up of skilled horsemen and archers. 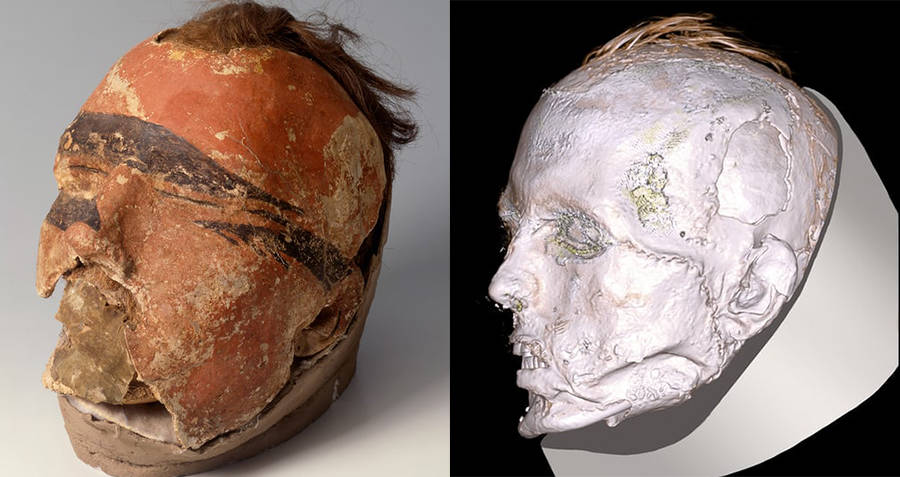 British Museum Left: The clay mask as it was found by archaeologists. Right: The scan of the warriors face.

For the first time in almost 2,000 years, the face of a mummified warrior hidden behind a clay mask has been revealed thanks to 3D scanning technology.

The head and the accompanying scan taken at the St. Petersburg hospital will be on display in a new exhibit at the British Museum. The scan reveals that the warrior had fine teeth, a mustache, a pierced ear, and a scar running from his eye socket to his jawline.

The face behind the mask originally belonged to a Scythian warrior; a race made up of skilled horsemen and archers, most notably known for terrorizing villages of people from the Black Sea to the Chinese border.

The Greek historian Herodotus left vivid accounts of the terrors, and his stories have been recently vindicated by recent archaeological finds.

He wrote that when these warriors died, a concubine was often buried with him, along with servants and his horse.

British Museum curator St. John Simpson said that they often find horses and servants in the tombs of the warriors.

“The horses we find in tombs were usually killed by a single blow between the eyes from a pointed battle ax – quite humane, like a captive bolt for a fallen racehorse – so that could be another consideration,” he assured the public.

The exhibit, called “Scythians: Warriors of Ancient Siberia,” will feature insight into the Scythian culture. 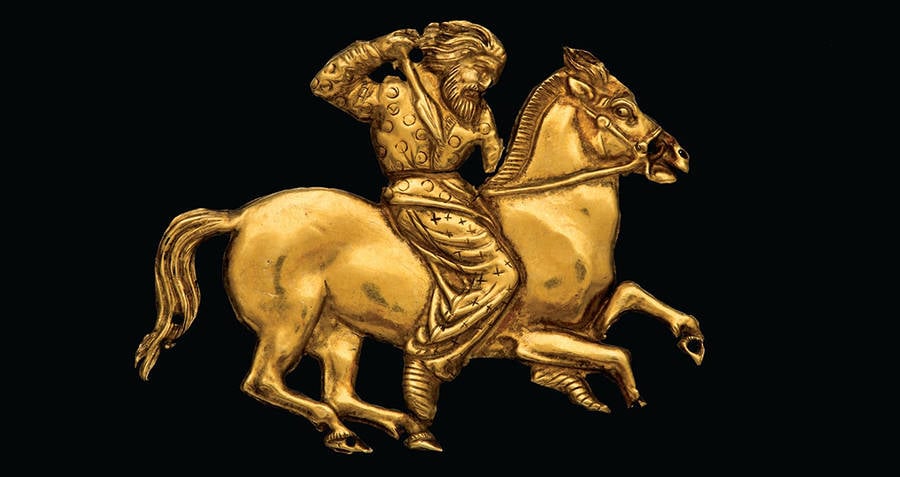 They were a nomadic group, who had no writing system. The only permanent thing they built was their tombs, in which they buried everything they believed the dead would need, such as golden decorations, weapons and utensils, and furs. Due to the Siberian climate and permafrost, the furs and other perishables were incredibly preserved.

Textiles, wooden furniture, tattooed human skin, horse harnesses and saddles, two lumps of cheese, as well as the oldest pair of chopsticks found in China will be on display at the museum along with the warrior’s head.

A woman, most likely a concubine, was also found with the warrior, wearing a similar clay mask. Researchers hope to do another scan of her head to discover what her face looked like.

Enjoyed this? Check out another human skull reconstruction from the British Museum. Then check out these human skulls from an unknown origin found in China.