Inside Murphy Ranch, The Abandoned Nazi Camp In The Middle Of Los Angeles

Buried behind L.A.'s skyscrapers lies Murphy Ranch, a graffiti-laden trail, and compound that was once a haven for Nazis. 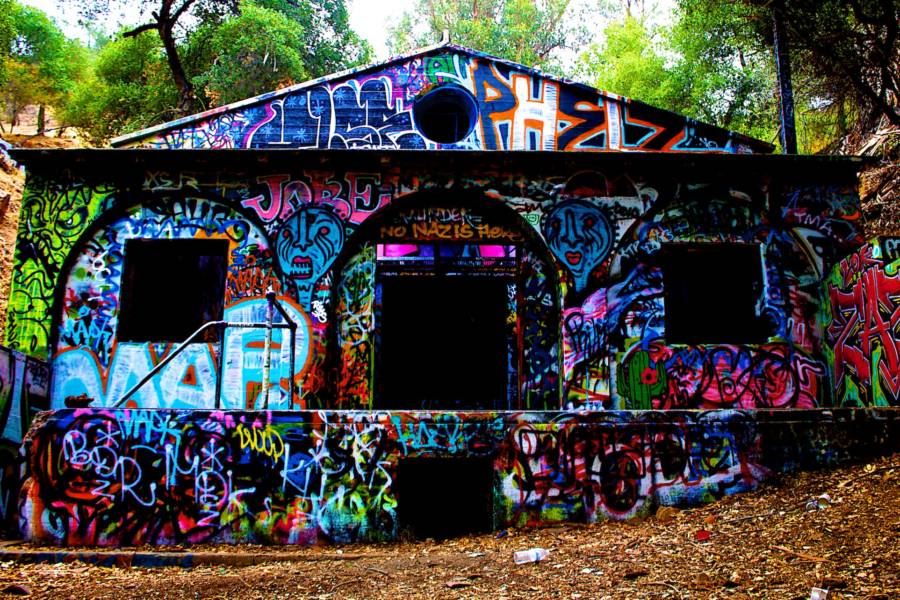 FlickrGraffiti on the Murphy Ranch ruins claiming “No Nazis Here.”

In 1948, Dr. John Vincent, a UCLA professor and director of the Huntington Hartford Foundation, went to go speak with a couple who were hoping to sell their ranch in Rustic Canyon, Los Angeles. When Dr. Vincent showed up at the remote property, a guard admitted him through a locked gate, the only entrance through the barbed wire fence surrounding the compound.

He noticed that there were a few people strolling around as well as plenty of goats, sheep, and cows. The owners, Norman and Winona Stephens, claimed to have come to California from out east and were very eager to sell the property.

Vincent’s record of his visit is the only first-hand description of Murphy Ranch that exists. Everything else known about the mysterious compound has come down through local lore from area residents over the decades.

The ranch gets its name from the mysterious “Jessie M. Murphy, widow” who purchased the 50 acres of property in 1933 and of whom no other record or documentation exists. Local historians suspect the Murphy name was just a front used by the Stephens to buy the land. 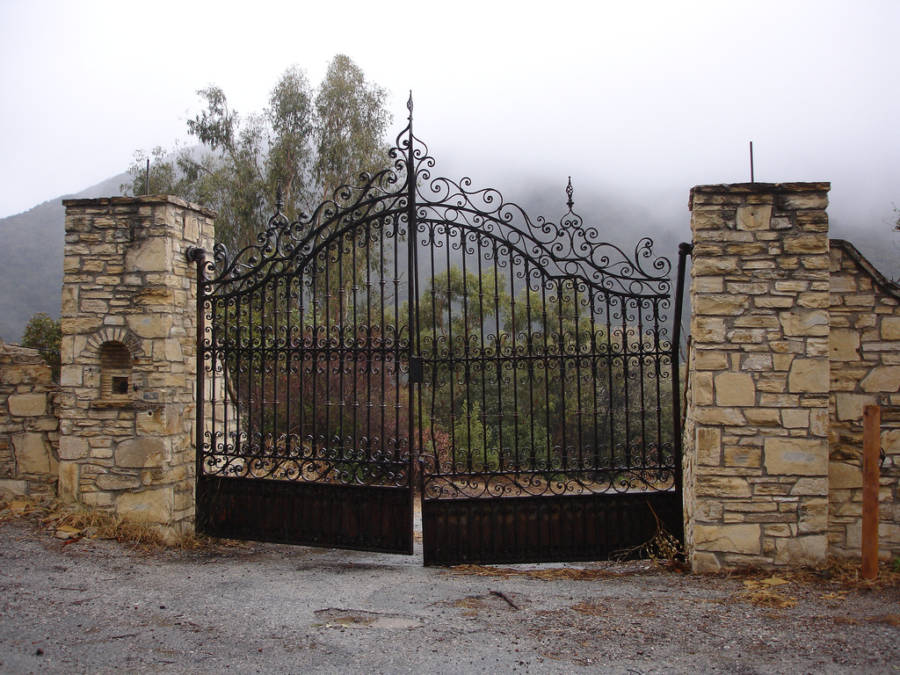 Why would such a well-off couple need to use a pseudonym just to purchase some property? Perhaps because during the 1930s, Southern California was teeming with Nazi sympathizers and fascist groups, and the Stephens had some strange intentions for their new ranch.

According to local legend, although the couple bankrolled the construction, the mastermind behind the ranch was a German known only as “Herr Schmidt,” who convinced the Stephens to finance the construction of a massive, self-sustaining compound. 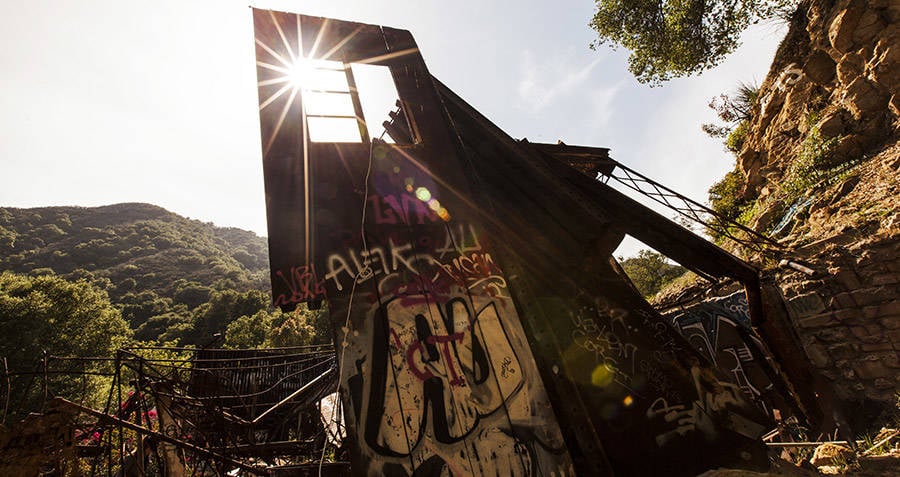 Depending on the different versions of this strange story, the mysterious Schmidt either claimed to have supernatural powers that informed him a Nazi victory was nigh and the United States would soon descend into chaos, or he was simply a clever German agent sent to garner support in America. Either way, he convinced the Stephens to pour an estimated four million dollars of their money into this extravagant project.

The idea was that the inhabitants of the compound would be able to live entirely cut off from society for years if necessary, whether this isolation would serve to protect them from the presumed postwar chaos or to better indoctrinate them is a matter of debate. Although only a fraction of the buildings for the compound were actually completed, the architectural plans, show the massive and mysterious scale of Schmidt’s dream. 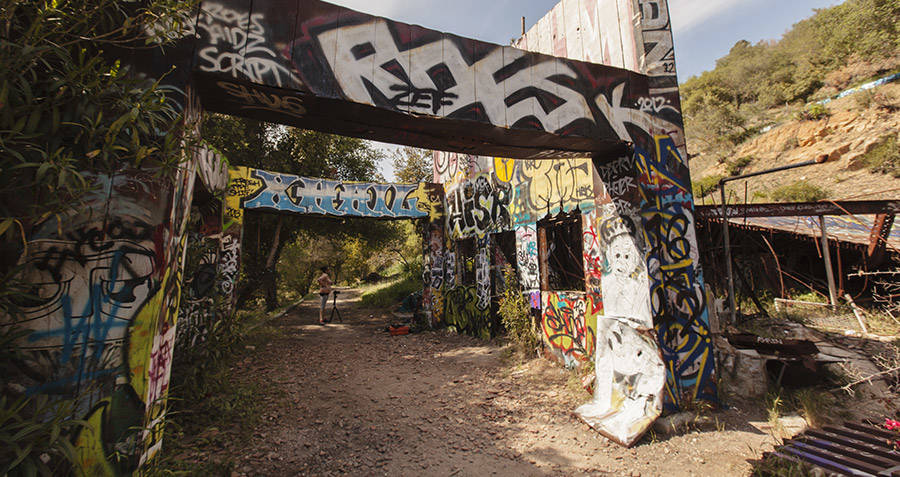 Ted Soqui/Corbis/Getty ImagesThe ranch turned in to a artist colony and home to novelist Henry Miller, but is now abandoned.

These blueprints lay out a four-story mansion complete with servants quarters, a swimming pool covered with a glass terrace, a four-car garage, and an enormous fountain in the mansion’s foyer surrounded by zodiac signs that were sketched out in particular detail.

The designs seem less concerned with surviving an apocalypse than ensuring the compound’s inhabitants had every comfort available to them. This fact spawned the theory that the project was intended as a residence for the American Nazis who would soon be in power. Some speculated that it would have been used by Führer himself, should he decide to visit America. 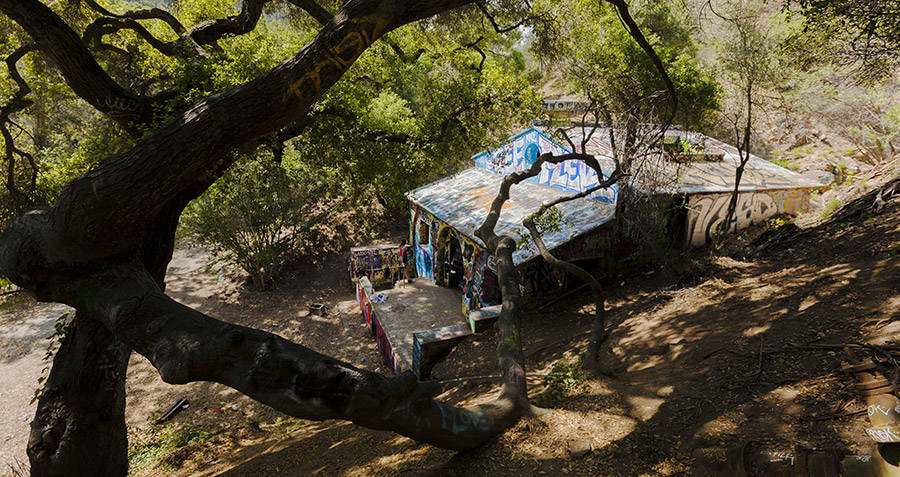 Ted Soqui/Corbis/Getty ImagesMurphy Ranch was built by Hollywood Nazi sympathizers, but was raided by federal authorities shortly after the bombing of Pearl Harbor.

The locals claim Schmidt’s plans were derailed by Pearl Harbor; after the attack, federal agents supposedly stormed the compound and dragged off most of its inhabitants. The property was eventually sold to the Hartford Foundation and became an artists’ colony during the 1950s and 1960s.

The parts of the compound that were actually constructed included a few concrete buildings, staircases, and a massive water tank, which remained for curious hikers to explore (and graffiti) until they were closed off in 2016.

Enjoy this look at Murphy Ranch? Next, learn about the crazy weapons that the Nazis tried to create. Then read about how Hitler and the Nazi Party convinced Germany to vote for fascism.