Sky Burial: When Dead Bodies Are For The Birds

Sky burial, which isn't a burial at all, is one of the most prevalent funeral rites in Tibet, and involves a long trek, juniper berries, and a whole lot of vultures. 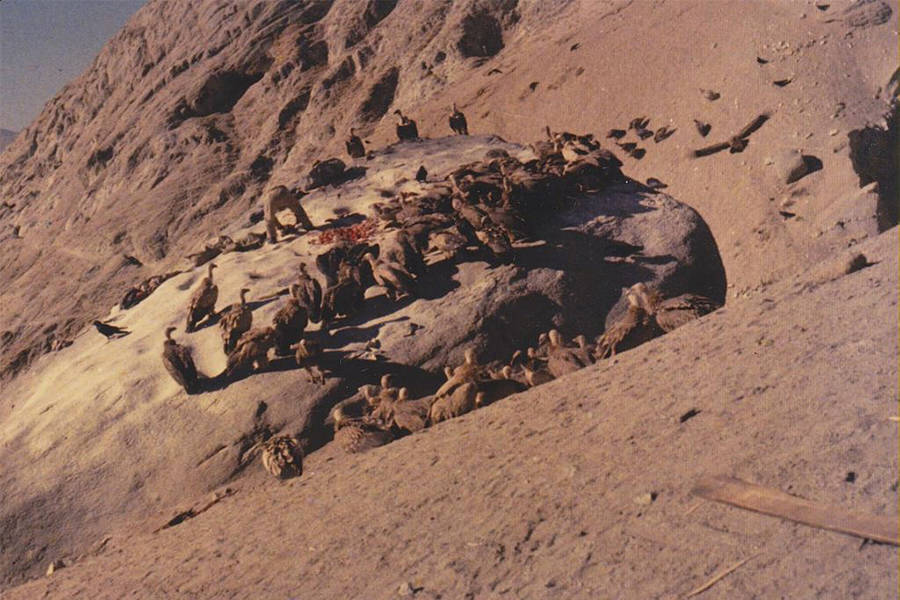 In most Western nations,burying the dead is the most common practice. For centuries, humans everywhere have been laying their dead to rest in holes in the ground, as evidenced by the thousands of cemeteries scattered across the globe. Sure, they occasionally choose cremation over burial, but for the most part, the dead rest underground. However, there are certain Asian provinces that defy these norms and choose to honor their dead with a sky burial — a burial which isn’t a burial at all.

Unlike a traditional burial, a sky burial involves no internment at all. In fact, it’s quite the opposite.

The first part of the ceremony, traditionally practiced in the Vajrayana Buddhist religion, the body of the deceased is placed in a sitting position. For two days it is left untouched, while the lama says the necessary prayers. Then, the corpse’s spine is snapped, to make it easier to fold in half for transport. 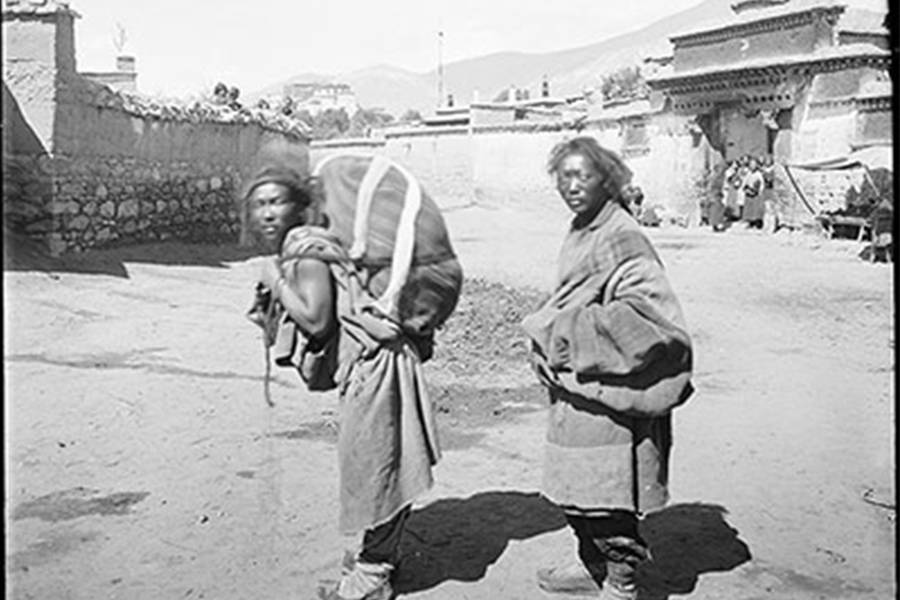 Wikimedia CommonsA Tibetan woman carries a body on her back, for a sky burial.

Like funeral processions in the western world, the family often accompanies the body on these treks. Unlike western processions, however, the end goal is not a cemetery, but a mountain. The top of the mountain, to be specific.

Instead of being placed underground on the mountaintop, the corpse is shaved, and then cut into rough pieces. The meat is taken from the bones, and tossed about, while the bones are then ground into a powder that’s mixed with barley and yak butter.

After dismembering the body, juniper is burned, to attract vultures and other carrion birds. The pieces of the body are then left uncovered, exposed to the elements, free for the birds and other carnivorous animals to feed upon. It’s considered a bad omen if the birds won’t eat, which is why embalming and other hospital treatments after death are discouraged. 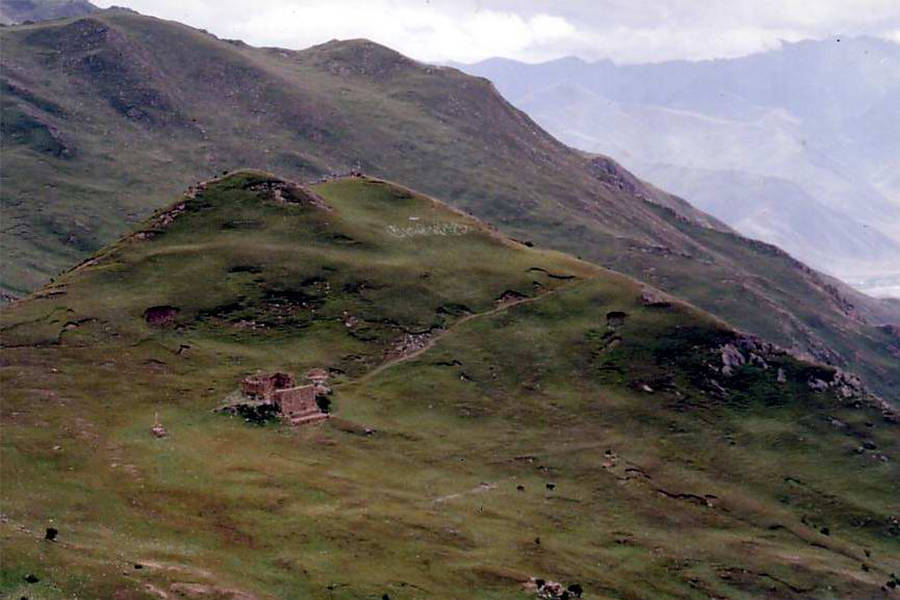 Followers in countries such as Tibet, Qinghai, Sichuan, Mongolia, and India all observe sky burial, also known as excarnation, though it is most prevalent in Tibet. Aside from religious beliefs, the sky burial ritual could also be an easier one than traditional ground burial, as the ground in Tibet is often covered in a layer of permafrost.

Other religions also practice sky burial, for various different reasons. Zoroastrianism, for instance, a religion observed in Iran and India perform sky burials to cleanse the bodies of the dead, as they are considered generally unclean.

The Zoroastrianism sky burial is slightly different than the Vajrayana Buddhist one, in that instead of birds, the sun is used to cleanse the bones. The bodies are left on special outdoor podiums, known as dakhmas, where they dry in the sun. When the bones are bleached, which can take years, they are then ground up, mixed with charcoal, and washed away with rainwater.

Some Aboriginal Australians also followed sky burial, in a way similar to the Vajrayana Buddhists, though they used scaffolding to support their dead, instead of a mountaintop, and the bodies were left intact.