The Harpe Brothers were America's first recorded serial killers and their murders are proof that serial killing didn't get off to a slow start. 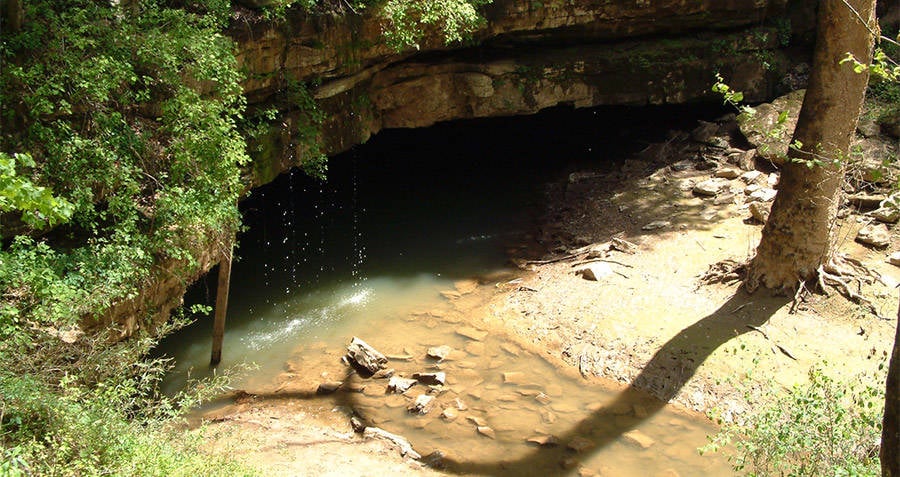 Wikimedia CommonsIn 1799, near Mammoth Cave in Kentucky, the world’s longest cave was the scene of a horrific murder, when the Harpe brothers killed a young black man by slamming his head against a tree.

You wouldn’t call the Harpe brothers pioneers. As America’s first recorded serial killers, however, they definitely started what would become a long and a twisted history of people notorious for killing sprees.

But don’t think the level of atrociousness attributed to serial killers was a gradual incline. The Harpe brothers were not only the first serial killers in America but also two of the most gruesome.

It is said that they killed at least 39 people, though no one can say for sure what the true number was. And, like many serial killers to come, they had a signature move. If a body was found with the guts ripped out and an open chest cavity filled with stones, then it was a telltale sign that the Harpe brothers committed the murder.

The Rampage Of The Harpe Brothers

Originally from North Carolina, Micajah “Big” Harpe and Wiley “Little” Harpe were born as Joshua and William Harper around the 1770s. As they traveled across the country through Tennessee, Kentucky, Illinois, and Mississippi, they killed whenever they were provoked. And, easily provoked, they wound up killing a lot.

During the American Revolution, Captain James Wood provided an eyewitness account that stated the Harpe brothers had joined a Loyalist gang who took advantage of wartime lawlessness. They gang would steal, destroy property, rape, and murder.

Little Harpe would marry too — a minister’s daughter, Sarah Rice.

During these early years, accounts of the Harpe brothers’ exact whereabouts and activities remain murky. 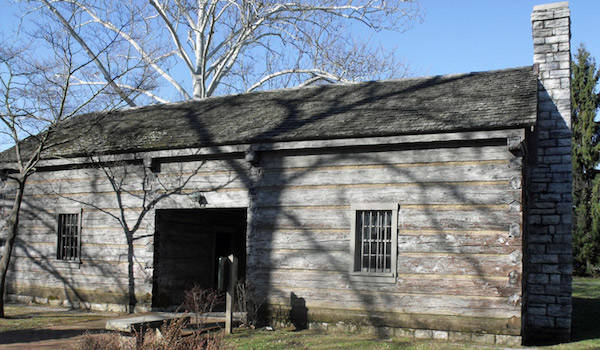 Wikimedia CommonsA replica of a Kentucky jail that the Harpe brothers were likely kept in.

However, it is estimated that 1797 was the year that their murder streak began. The brothers were living in Knoxville, Tenn., but they fled town after they were charged with stealing hogs and murdering a man found by a river. In the first instance of their signature characteristic, the man was cut open and weighted down with stones.

In between their criminal activities, the brothers managed to have children with their wives, and the families would travel together from place to place.

Their next stop after Tennessee was Kentucky, where they murdered a peddler and at least three out-of-town travelers.

A local innkeeper linked the killers with the murders and notified the authorities, who are able to catch and arrest the brothers along with the rest of their brood. But their time in jail didn’t last long as the group managed to escape.

Soon after in April of 1799, James Garrard, the governor of Kentucky, placed a reward of $300 for the heads of each Harpe Brother.

Meanwhile, the newly freed Harpe brothers continued to kill and spent the summer doing so, leaving a trail of dismembered bodies from Kentucky back to Knoxville. The brothers were indiscriminate when it came to their victims. They murdered men, women, and children.

They killed a girl before they cut her body into one-inch strips. They slaughtered a family and the family’s slaves, a massacre that took eight lives.

The Harpe Brothers appreciated the opportunities for financial gain, but their true motivation for killing seemed to stem from blood lust.

Near the end of that summer in 1799 while in Kentucky, “Big” Harpe’s daughter would not stop crying. Out of reflex, he smashed the child’s head, either against a tree or a wall, killing her instantly. It was the only one of his murders he expressed remorse over.

On Aug. 24, 1799, the brothers were finally tracked down by the authorities who had been searching for them.

The Law Catches Up With Micajah And Wiley

They were told to surrender, but they tried to flee instead. In the process, “Big” Harpe was shot twice and then subdued with a tomahawk ax. He confessed to 20 murders as he lay dying.

Moses Stegall was one of the members of the posse who caught Micajah and Wiley Harpe. He was also an avenging husband and father, whose wife and child were killed by the Harpe brothers. While “Big” Harpe was still conscious, Stegall sawed off his head.

In a seemingly unending slew of lucky breaks, Wiley Harpe managed to escape. He rejoined a gang, the Mason Gang, that he and his brothers had previously spent some time holed up with. “Little” Harpe took on an alias name for four years while he ran with the gang.

When the gang leader, Samuel Mason, was shot, Wiley Harpe tried to claim the reward that was out for his head. However, he was soon recognized as an outlaw.

Finally, in 1804, the last Harpe brother was executed by hanging, concluding the tale of the Harpe Brothers and America’s first serial killers.

After learning about the Harpe brothers, read serial killer quotes that will chill you to the bone. Then, find out how how 20 of the most famous serial killers met their end.