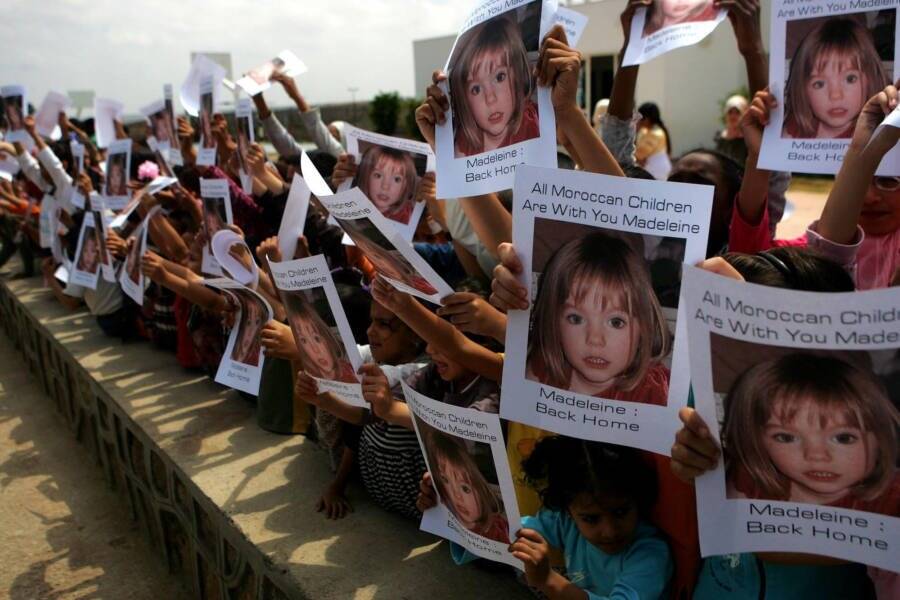 Cathal McNaughton, PA Images/Getty ImagesWhen it was reported that McCann was in Morocco, a local search party was launched — but no answers were found.

The mysterious disappearance of Madeleine McCann in 2007 continues to baffle investigators to this day. The British three-year-old vanished while on vacation with her family in Portugal, and is now considered “the most heavily reported missing person case in modern history” — and for good reason.

The story of McCann’s mysterious disappearance began on the night of May 3, 2007, at a resort in Praia da Luz (“Beach Of Light”) in Portugal. Kate and Gerry McCann left Madeleine and her two twin siblings asleep in their rental apartment at the resort, which was on the ground floor, and went to have dinner with friends at a nearby tapas restaurant. The adults returned two hours later at 10 p.m. to find their eldest child gone.

Later, the McCanns remembered how their daughter had asked them over breakfast the morning of her mysterious disappearance: “Why didn’t you come when [my brother] and I cried last night?” The devastated parents were then led to believe that someone uninvited may have been in their apartment — and maybe even more than once. 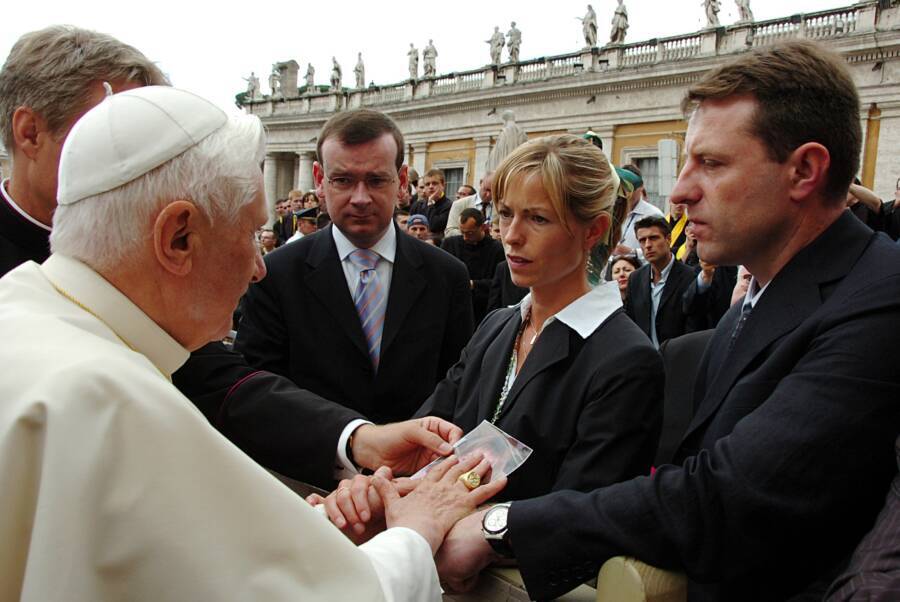 MAURIX/Gamma-Rapho/Getty ImagesKate and Gerry McCann attended Pope Benedict XVI’s weekly audience at the Vatican, where the pope blessed a photo of Madeleine for them.

One of the first promising suspects in McCann’s missing person case was 33-year-old Robert Murat. The British-Portuguese real estate consultant not only lived nearby, but a man matching his description was seen around 9:15 p.m. on the night of McCann’s disappearance walking toward his home carrying a child. But the Portuguese police cleared him when they found no evidence of his involvement with the children.

Next, the McCanns themselves were added to the list of suspects. Some investigators posited that Madeleine McCann actually died in the Praia da Luz apartment and that her parents fabricated this narrative of child abduction in order to cover it up. This theory seemed to hold some water, considering the fact that dogs that were brought on the scene seemed curiously alert inside the apartment and around the McCann family car. Alas, no body was ever found.

The grieving parents were officially removed as suspects in 2008, and the missing person case grew to become an unprecedented media phenomenon in the United Kingdom.

Official trailer for Netflix documentary The Disappearance of Madeleine McCann.

Ever since a 2009 report found that the region of Portugal in which McCann went missing was “awash with pedophiles,” many have posited that the toddler was abducted by local sex traffickers. “There are 38 known sex offenders in the Algarve,” the report went on, “the area is a magnet for pedophiles.”

In an ominous turn of events, former M.P. Sir Clement Freud, who had a home nearby and knew the McCanns, was later outed as a pedophile.

From later claims that Hillary Clinton’s campaign adviser John Podesta and his brother snatched the girl from her home to theories she simply walked off, McCann’s mysterious disappearance has never been solved. Whether by accidental death, sex trafficking, or abduction, McCann’s remains one of the strangest missing persons cases in modern history.