The Parker Solar Probe will come seven times closer than any previous mission to the sun. 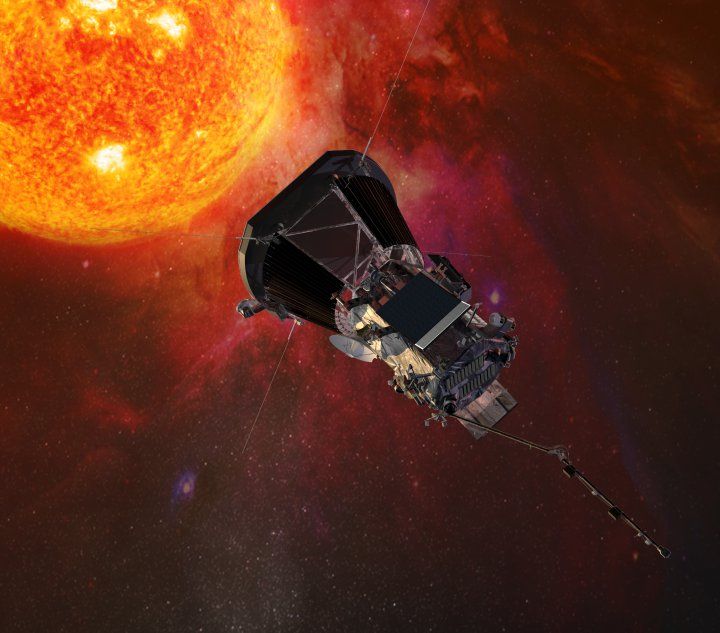 In its 60-year history, NASA has ventured extremely far into space. The farthest-traveling probe, New Horizons, is currently 3.5 billion miles away — having passed Pluto in 2015.

But in their quest to explore the universe, NASA the astronauts of the world have carefully avoided one key neighbor in our solar system: The sun.

Over a 22-hour period, strands of plasma at the sun’s edge shifted and twisted back and forth. In this close-up, the strands are being manipulated by strong magnetic forces associated with active regions on the sun. To give a sense of scale, the strands hover above the sun more than several times the size of Earth! Learn more: http://go.nasa.gov/2qT2C4B

Posted by NASA – National Aeronautics and Space Administration on Monday, May 8, 2017

The reason for this seems fairly obvious: the sun is really hot.

But NASA, it seems, is no longer afraid of this giant, blistering, 1-million-degree ball of gas.

On May 31, the organization announced it’s new Parker Solar Probe mission — which will likely become the first human-made machine to ever touch a star.

We've renamed our first mission to touch the sun as the Parker Solar Probe in honor of astrophysicist Eugene Parker:…

Posted by NASA – National Aeronautics and Space Administration on Wednesday, May 31, 2017

The 10-foot-high spacecraft will leave Earth in the summer of 2018 and travel within 3.8 million miles of Earth’s most valuable star — seven times closer than any other mission before.

Parker will be the first craft to go within the sun’s corona (the aura of plasma around the sun), but it won’t stop there.

The $1.5 billion ship will continue to orbit the star all the way through June, 2025 — making as many as 24 individual approaches.

With an 88-day orbit, the spacecraft will be moving at about 450,000 mph — fast enough to get you from Philadelphia to Washington D.C. in one second, according to TIME.

The ship will be equipped with a 4.5-inch heat shield made from carbon composites, as well as a camera.

But besides really cool images from inside the sun’s corona, the mission will also serve the more practical purpose of answering long-standing scientific mysteries about the star.

“Why is the corona hotter than the surface of the sun?” Nicola Fox, a mission project scientist, said. “That defies the laws of nature. We have not been able to answer these questions without actually taking a probe into the sun.”

Scientists are also hoping to gain insight on the nature of solar storms — seemingly random eruptions that have the potential to cause as much as $2 trillion in damage to the U.S. and black out the entire Eastern seaboard for a year.

Seems like an appropriate goal for what Fox calls the “coolest, hottest, fastest mission under the sun.”

Next, check out these 26 amazing photos of NASA landings through the decades. Then, enjoy these incredible images of Jupiter like you’ve never seen it before.