The probe's data transmissions meanwhile are rewriting what we thought we knew about the origins of our solar system. 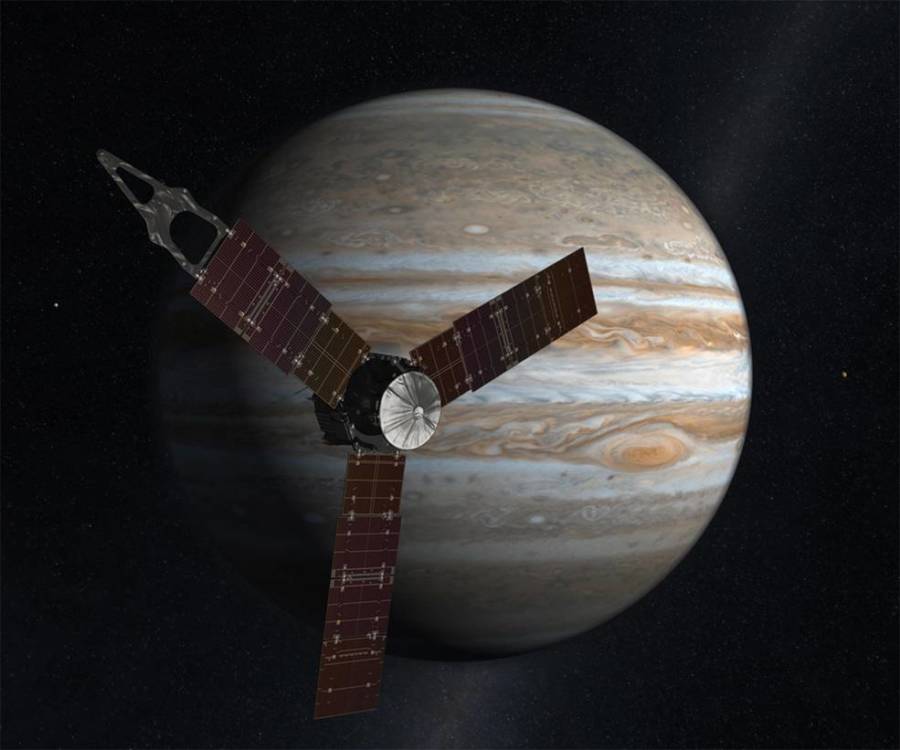 An artist's rendering of Juno.NASA/JPL-Caltech 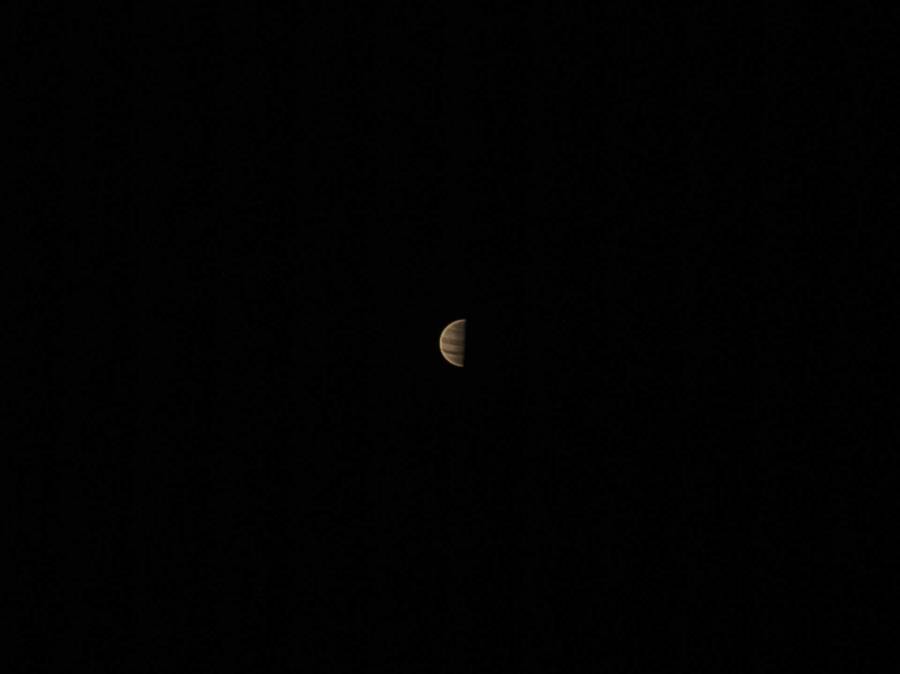 A shot from Juno on the way to Jupiter.NASA 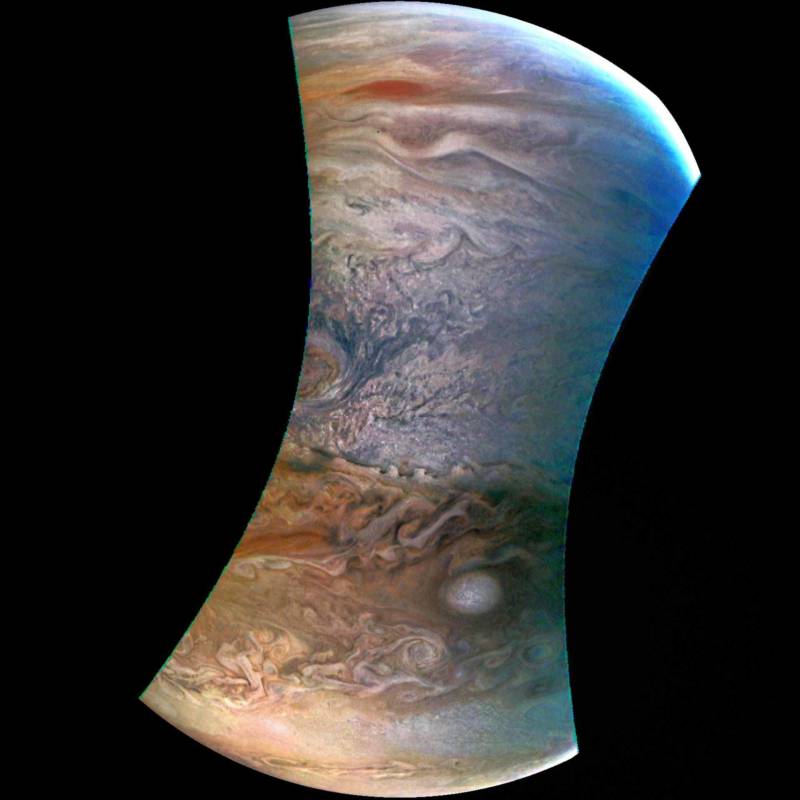 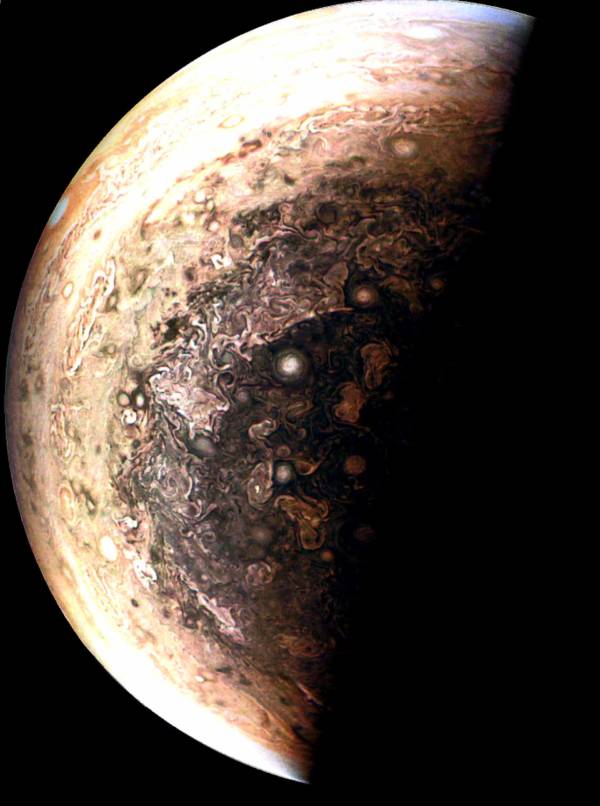 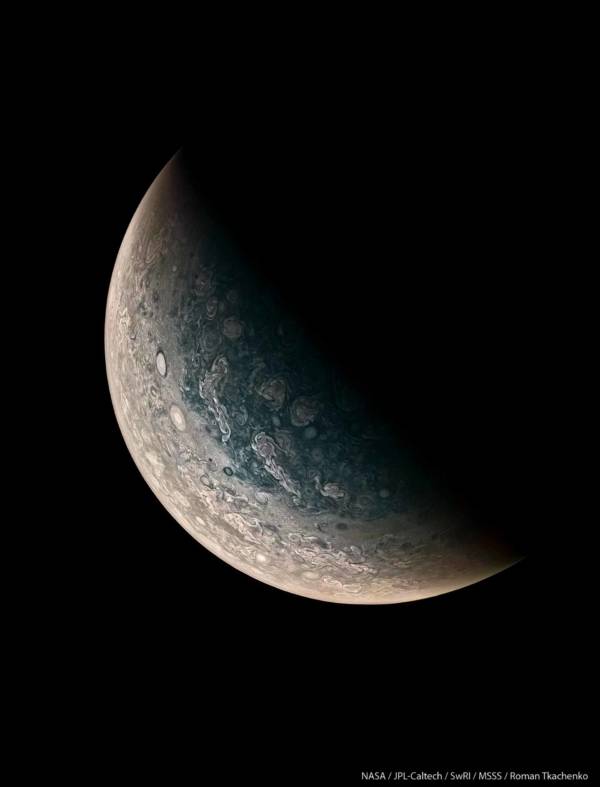 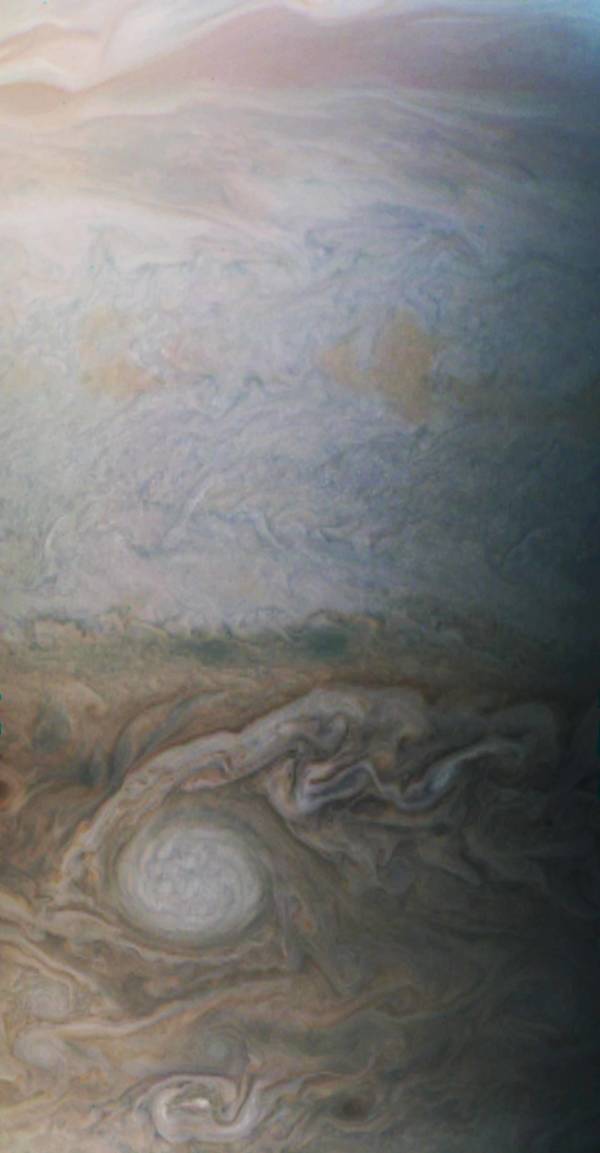 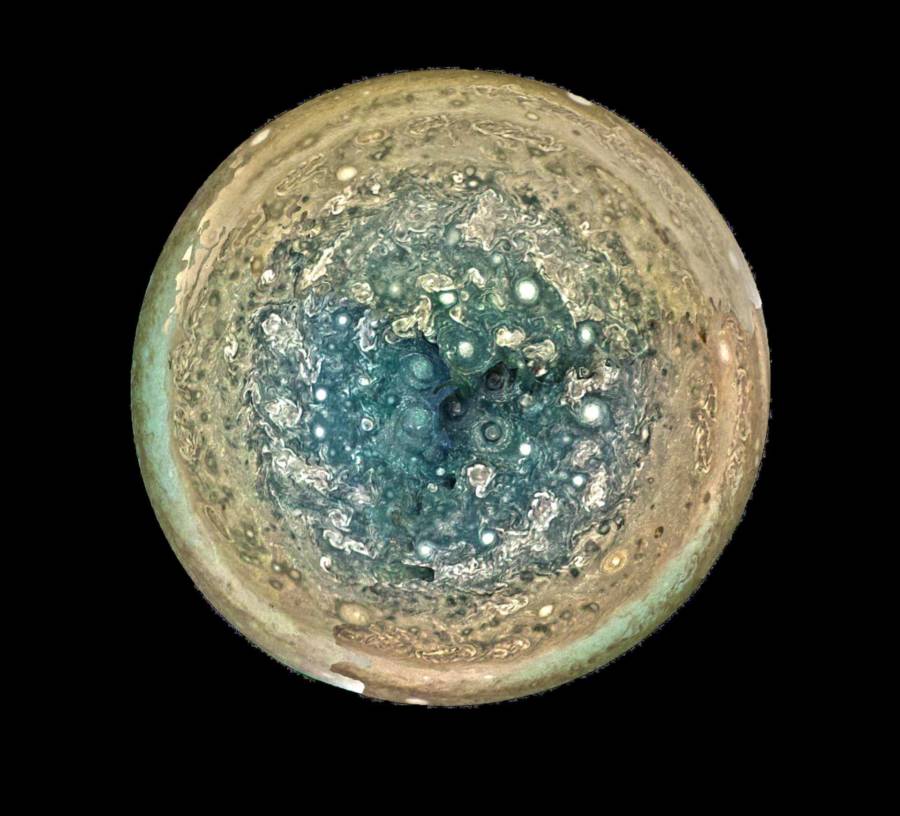 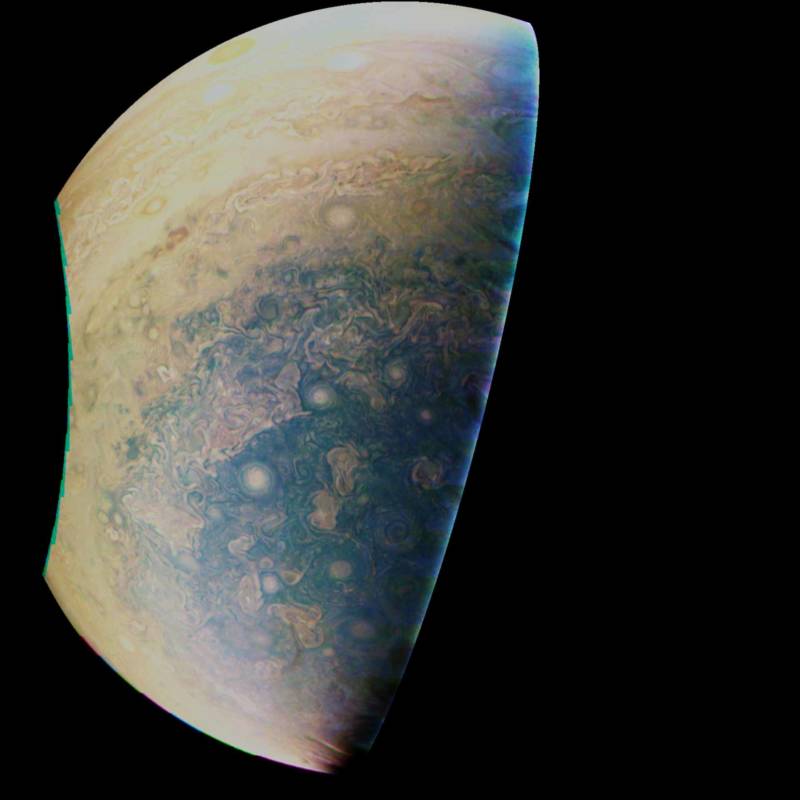 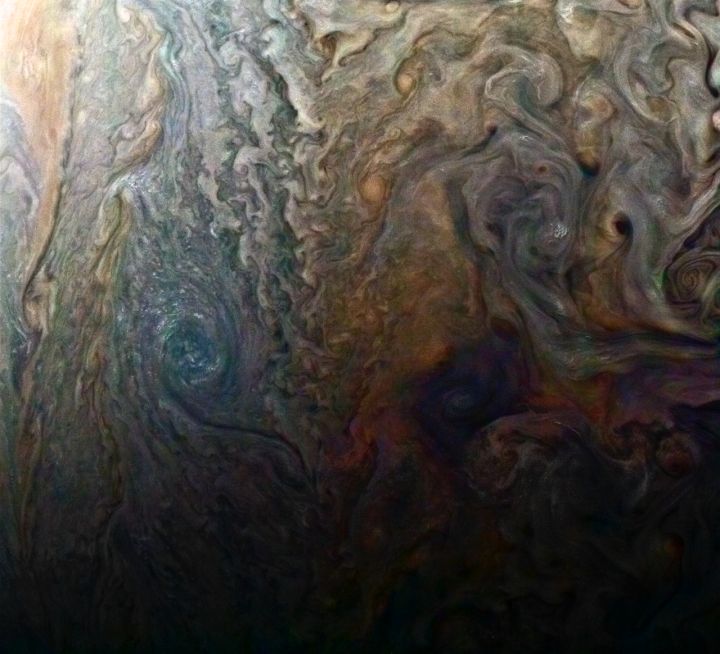 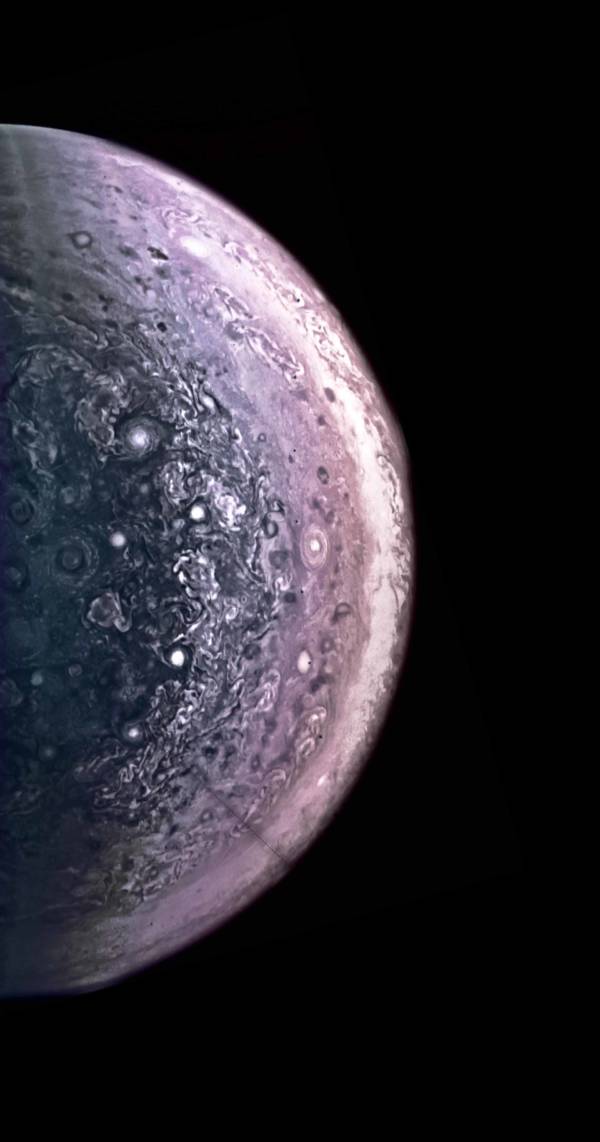 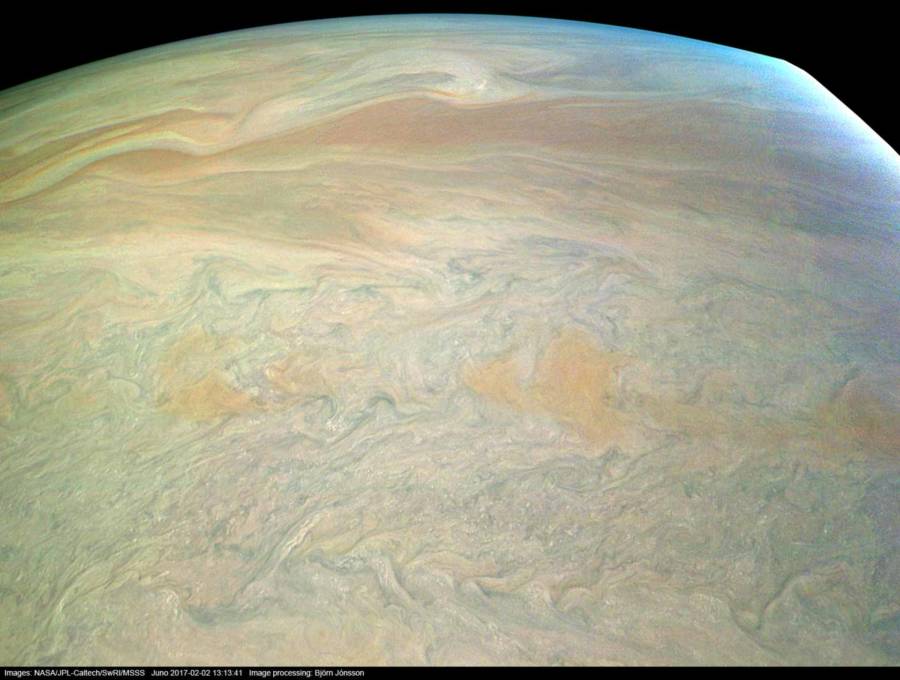 This is a perspective view that shows Jupiter from Juno's vantage point when the original image data was obtained.NASA/JPL-Caltech/SwRI/MSSS/Björn Jónsson © CC BY 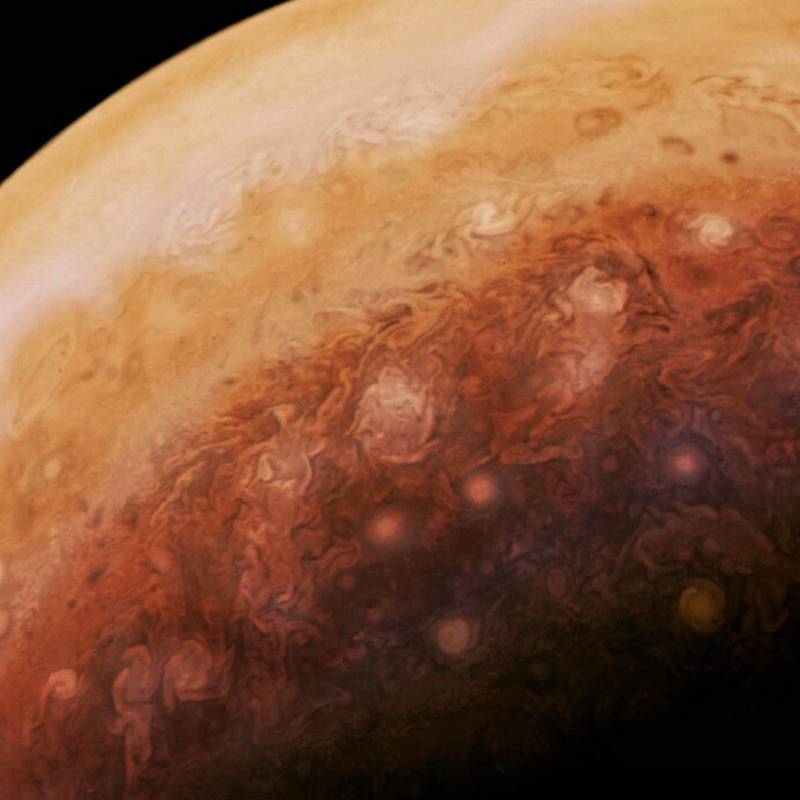 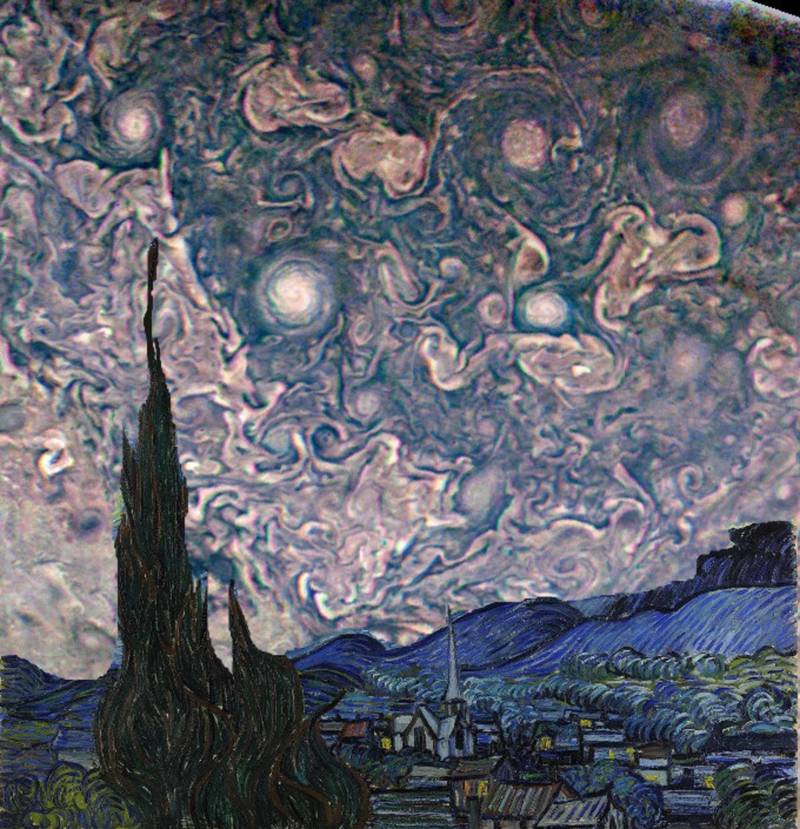 Photos from the probe have also been used to make more abstract art, including wallpaper, paintings, and this mashup with Van Gogh's "Starry Night."Public Domain

Roughly the size of a basketball court, NASA's Juno probe departed in 2011, hurtled through space for five years and finally made itself comfortable in Jupiter's orbit in July 2016.

Now, at about 415 million miles from Earth, it has made its fifth close flyby of the Gas Giant and the images it sent home are breathtaking.

"Every time we get near Jupiter's cloud tops, we learn new insights that help us understand this amazing giant planet," Scott Bolton, a principal Juno investigator said of the solar system's largest resident.

So far, they've discovered what Jupiter's poles look like for the first time (unlike any other planet's), and are continuing to study the swirling clouds and storms covering the planet's atmosphere (it's thought they might be linked to complicated currents from the planet's moon, Io).

Each batch of data sent back from the probe has been released to the public so that anyone can use editing tools to enhance the unprocessed photos into stunning images that combine science and art.

Traveling 129,000 miles per hour, Juno itself will never get closer than 2,700 miles from the cloud tops. Though that seems far, the data from the probe has already allowed scientists to rewrite what they thought they knew about giant planets and, possibly, the origins of our entire solar system.

Next, learn about NASA's bold new plan to make Mars habitable. Then, check out why a Harvard professor thinks aliens may have already come into contact with humans.