Aliens May Have Already Come Into Contact With Humans, Harvard Professor Says

A Harvard academic believes that humanity is misinterpreting a certain radio signal -- and it could be aliens. 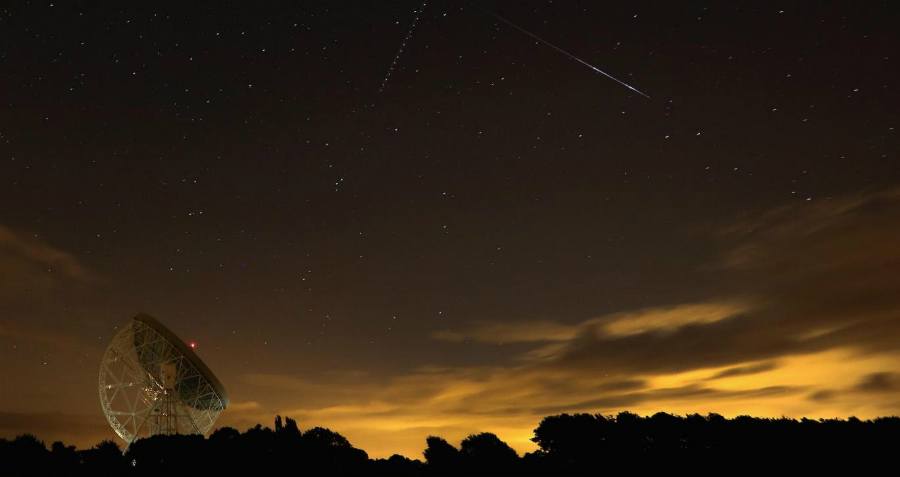 Avi Loeb from the Harvard-Smithsonian Center for Astrophysics published a paper online this past February claiming that fast radio bursts (FRB), a type of bizarre radio wave discovered in 2007 that researchers cannot explain, may be evidence that aliens exist.

Loeb speculates in “Fast Radio Bursts from Extragalactic Light Sails” that FRBs could be a side effect of planet-sized transmitters pushing interstellar spaceships through space by powering light-sail technology from afar.

“Fast radio bursts are exceedingly bright given their short duration and origin at great distances, and we haven’t identified a possible natural source with any confidence,” Loeb wrote in the paper. “An artificial origin is worth contemplating and checking.”

The Astrophysical Journal Letters plans to publish the paper, which Loeb co-wrote with Manasvi Lingam, another Harvard academic.

In the paper, Loeb and Lingam speculate that a device capable of transmitting that much energy across the universe would need to be water-cooled and roughly double the size of Earth to avoid melting from its power.

However, building such a device is possible and could theoretically push a spaceship weighing a million tons — or 20 times the biggest cruise ship humanity has ever constructed, according to The Independent — through space.

“That’s big enough to carry living passengers across interstellar or even intergalactic distances,” Lingam writes, adding that FRBs operate at the exact optimal frequency for powering light sails at a long-distance.

The theory would also explain why FRBs only hit the Earth intermittently. The ship, the transmitter and the Earth would all be constantly moving in relation to each other.

While there is no concrete evidence that FRBs are some alien light-sail technology, in case they are — let’s just hope they come in peace.

Next, check out how the exact odds on whether aliens exist, before finding out the story behind why Stephen Hawking has launched a $100 million search for aliens.