The True Story Behind Project Blue Book: When The United States Government Actually Hunted For Aliens

For centuries, humans have wondered if they are alone in the universe. In the early 20th century, the US government set out to figure it out once and for all. 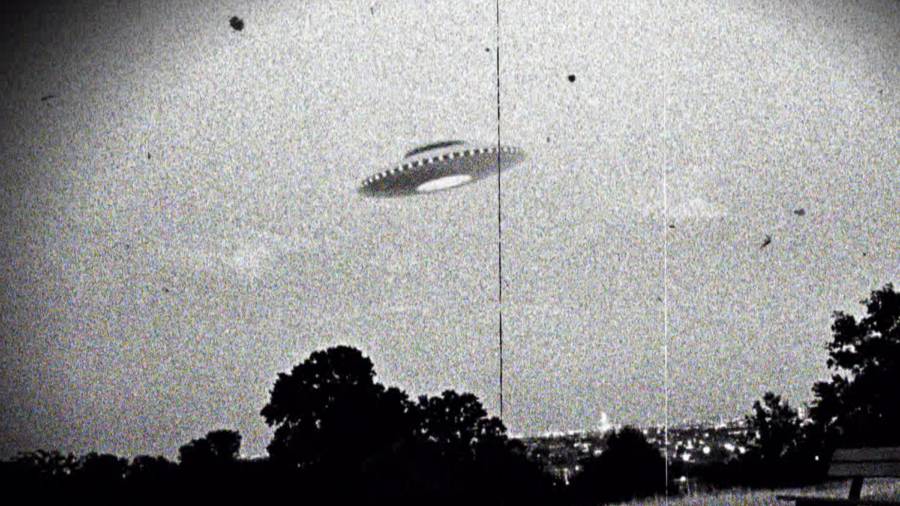 Universal History Archive/UIG via Getty ImagesPhotograph of the supposed Westall UFO. More than 200 students and teachers at two Victorian state schools allegedly witnessed this UFO, 1966. Project Blue Book would have sought to explain this such incident.

In their new drama series, the History Channel dives into the murky world of UFO sightings and explores a very real, but now defunct, project funded by the US government known as Project Blue Book. The project was responsible for separating fantastic myths from real-life mysteries.

Since man first walked the earth – and especially since he first walked the moon – one question has plagued humankind; are we really alone in this wide, unending universe? In ancient times the appearance of shooting stars sparked interest in extraterrestrial life forms. Now, the so-called signs are much more advanced – floating lights, drone photographs, and first-hand accounts of actual abductions.

But where does the fantasy end and the reality begin? Just how many of those floating lights or grainy photos or wild accounts are real? And if they are, is the government hiding it all from us? Project Blue Book hoped to answer each of these questions.

The Birth Of Project Blue Book

While extraterrestrial enthusiasts are the butt of many a joke, especially where aliens are concerned (looking at you, Guy From Ancient Aliens), it may surprise you to know that they were once taken seriously.

In fact, there was once a very official project, run by the United States Air Force, that specialized in pinpointing unidentified flying objects (UFOs) and determining their purpose. This endeavor was known as Project Blue Book.

It all began in 1947, when an army general named Lt. General Nathan Twining sent a classified memo to the Pentagon. Titled “Flying Discs,” the memo detailed an encounter Twining had had with a group of disc-like aircraft. He claimed that the discs demonstrated “extreme rates of climb, maneuverability (particularly in roll), and motion which must be considered evasive when sighted or contacted by friendly aircraft and radar.” 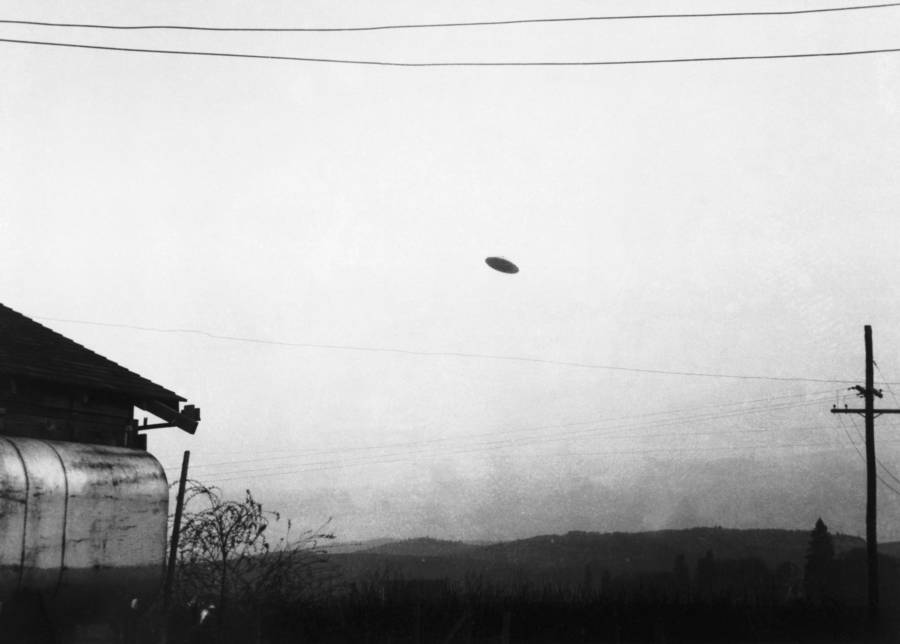 Getty ImagesA picture of a flying saucer photographed by farmer Paul Trent shown flying over his farm, May 11, 1950, in Minnville, Oregon.

Per Twining’s memo, Project Sign was started at the Wright-Patterson Air Force Base near Dayton, Ohio. Project Sign was later replaced by Project Grudge, though neither collected sufficient data or turned out any viable conclusions. Thus, Project Blue Book was born.

According to government documents released under the Freedom of Information Act, Project Blue Book ran officially from 1952 to 1969. Even though the facts of Project Blue Book have been released to the public, there remains a certain amount of mystery surrounding the events, fueling conspiracy theories and casting a veil of doubt over any real facts that stand out.

To sort out fact from fiction is, depending on who you ask, impossible. However, in any mention of the project, two things are consistently conveyed as fact: that the project aimed to a.) determine if UFOs were a threat to national security, and b.) to scientifically analyze any and all collected UFO-related data.

With those two aims in mind, the project was born. Though it wasn’t the first of its kind it was the first to be run effectively and collect usable conclusive data.

Under the guidance of a handful of Air Force generals, the operatives working for the project spent their time essentially on the lookout for UFOs. Cold War panic had instilled in the American public the fear of all things unknown – especially things that came from the sky, and from the general direction of Russia.

Project Blue Book was, in part, supposed to dispell some of this panic and to debunk theories that the Russians were colluding with aliens, or that the United States was under attack from yet another foreign foe.

The first head to Project Blue Book was Captain Edward J. Ruppelt, an experienced airman and was decorated for his efforts in World War II with the Air Corps. He officially coined the term “Unidentified Flying Object” and was dedicated to scientifically and genuinely researching each UFO sighting. He looked into such popular cases as the Lubbock Lights, which was a UFO in Texas, and a 1952 radar case over Washington D.C.

Ruppelt’s lead scientific consultant was J. Allen Hynek, a prominent astronomer from Chicago. In the TV series, Hynek is be played by Aidan Gillen, a.k.a Little Finger from Game of Thrones.

As a scientist, Hynek’s participation legitimized the project in a way; it wasn’t just a bunch of soldiers searching the sky for mysterious lights, it was now a scientific study of life beyond earth. 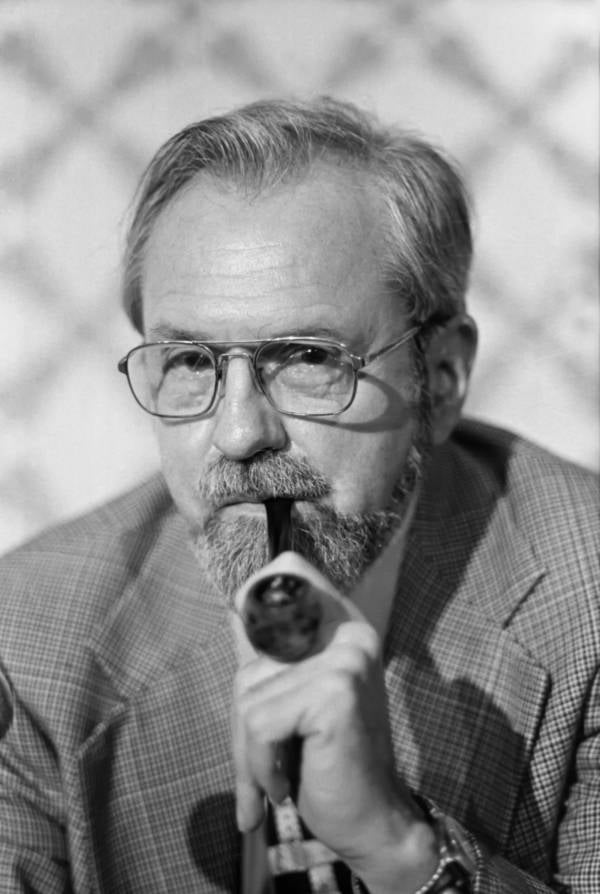 Most of Hynek’s job involved explaining away mysterious lights as a natural phenomenon or attributing flying objects to planes, asteroids, or sometimes simply clouds. Hynek went into the project a self-proclaimed skeptic and admitted that sometimes he tried too hard to explain the strange phenomenon away with implausible reason.

However, there were a few events that took place during the project that sparked Hynek’s interest enough for him to continue his own UFO studies long after Project Blue Book shut down. In fact, it was Hynek who would go on to coin the infamous alien term “close encounters.”

Of his change of heart, Hynek once told an interviewer that “You can’t assume that everything is black no matter what…the caliber of the witnesses began to trouble me. Quite a few instances were reported by military pilots, for example, and I knew them to be fairly well-trained, so this is when I first began to think that, well, maybe there was something to all this.”

Several Army generals oversaw Project Blue Book during the almost two decades it ran. Each general had a different regime, different goals and different interpretations of what they were looking for, and sometimes, their findings disputed those of their predecessors.

Perhaps the most change-ridden era in Project Blue Book was that of Major Hector Quintanilla. Under Major Quintanilla’s watch, the project underwent changes, some of which were performed under suggestion from outside forces, something that had rarely been done under previous generals.

One of the first changes to the project was the verification of several lights that had been popping up for years in the same place. Quintanilla’s officers found that many previous researchers had been mistaking Jupiter for UFO lights for several years. He found several similar misidentifications as well.

Perhaps the most important event that happened under Major Quintanilla was a congressional hearing. 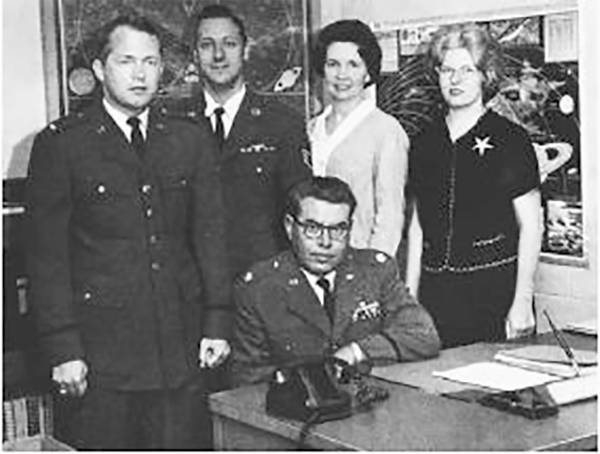 Wikimedia CommonsMembers of Project Blue Book in 1962, Major Hector Quintanilla is seated at the center.

In 1966, the northern area of New England began to experience a string of potentially extraterrestrial encounters. Lights flashed across the sky in patterned formations and residents reported flying discs hovering in the air.

It got to the point where a congressional hearing was ordered by the House Committee on Armed Services. The lights were explained away as a flying billboard and an airforce training exercise, but speculation still abounded. It took Hynek testifying that he had “not seen any evidence to confirm” extraterrestrial existence to put the matter to bed, but many believe that Hynek may have been fibbing.

Major Quintanilla also oversaw the suggestion of other changes at Project Blue Book. Under direction from Hynek, the project intended to improve upon communication between the scientific community and the researchers. Hynek believed that there was less attention to scientific detail being paid than there was to the public relations aspect of the project.

In other words, Hynek wanted to find real UFOs, while the army was focused on making sure that the public knew that UFOs weren’t real. While the changes were almost implemented, and some of the focus started shifting to real science, the payoff wasn’t what Hynek expected. Before much further research could be done, the project began to come to an end.

“The entire Blue Book operation was a foul-up based on the categorical premise that the incredible things reported could not possibly have any basis in fact.”

Indeed, Hynek would later admit that many of his investigations simply defied explanation, though he publicly went along with the skeptical sentiments of the Air Force. Hynek would later reveal that Quintanilla’s “method was simple: disregard any evidence that was counter to his hypothesis.” He added that under Quintanilla, “the flag of the utter nonsense school was flying at its highest on the mast.”

Throughout the 17 years that it operated, Project Blue Book collected 12,618 UFO reports. 11,917 of them were explained away as the result of cloud coverage obscuring aircraft lights, classified Airforce training exercises, or mirages in the deserts of the southwestern United States.

However, to conspiracy theorists delight, 701 of those cases remain “unsolved.” Whether the researchers didn’t have time to solve them, or whether they really were aliens flying overhead remains unknown. 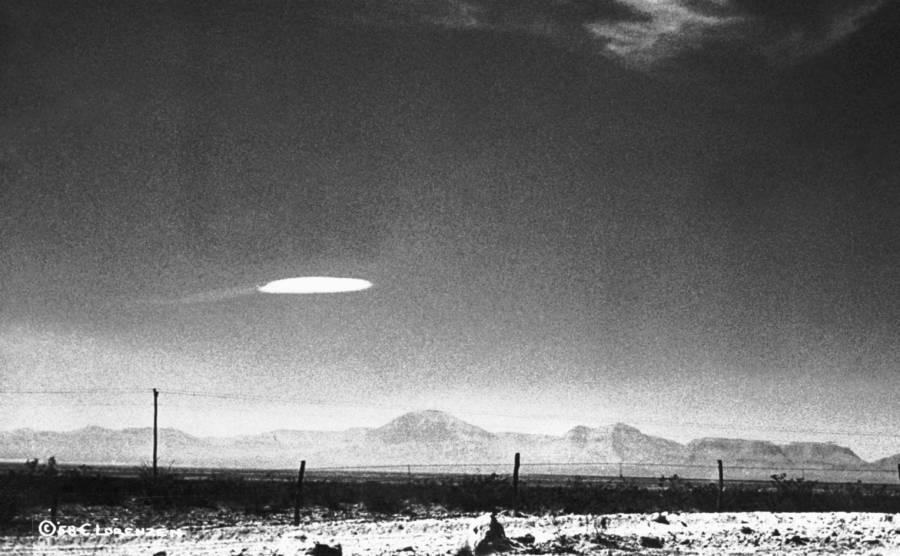 Getty ImagesThis UFO hovered for fifteen minutes near Holloman Air Development Center in New Mexico. The object was photographed by a government employee and was released by the Aerial Phenomena Research Organization after careful study. There is no conventional explanation for the object.

In late 1969, Secretary of the Air Force Robert C. Seamans, Jr. announced that Project Blue Book was coming to an end, as there was no further scientific evidence to prove that UFOs were a matter of national security. The project officially ceased to exist on Dec. 17, 1969, though some research efforts continued until January of the following year.

The findings also provided a firm response to the existence of UFOs claiming the following:

1. No UFO reported, investigated, and evaluated by the Air Force has ever given any indication of threat to our national security.
2. There has been no evidence submitted to or discovered by the Air Force that sightings categorized as “unidentified” represent technological developments or principles beyond the range of present-day scientific knowledge.
3. There has been no evidence indicating the sightings categorized as “unidentified” are extraterrestrial vehicles.

In short, Project Blue Book, while sparking interest in the existence of UFOs, claimed to have solved the mystery once and for all by chalking it up to natural phenomenon.

Hynek went on to continue his own investigations and established the Center for UFO Studies (CUFOS) in 1973. Of the myriad investigations CUFOS undertook, roughly 80 percent of them can be explained. 20 percent remains a mystery.

But, while the US Airforce may believe the final report of Project Blue Book to be true, the question still lingers in the minds of skeptics and experts alike today: Are we really alone in the universe?

Next, check out some other government projects that researched alien existence. Then, read about another interesting project known as Project Blue Beam.