Though Shamima Begum described life as an ISIS member as "normal," she also said it was exactly like what the propaganda videos depicted — and that decapitations didn't bother her. 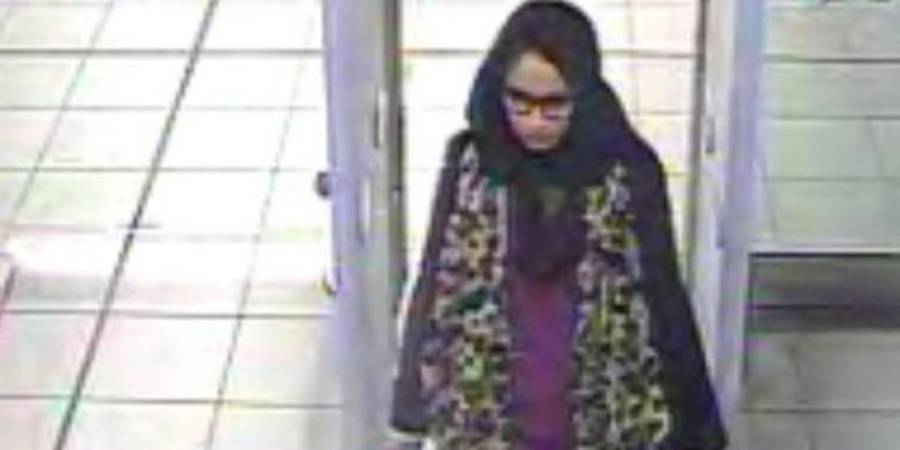 Shamima Begum left her home in Britain to join ISIS in Syria when she was a teenager in 2015. Together with two of her classmates, the young girl was recently found in a refugee camp by UK newspaper The Times.

Begum is now nine months pregnant and wants to come home. The 19-year-old said she “just wants to come home to have my child,” and that while she has no regrets over joining the Islamic terrorist group, “the caliphate is over.”

The upcoming childbirth won’t be Begum’s first, CNN reports, as Begum has had two other children during her time in Syria, who died from illness and malnutrition.

As for her desire to come back to England, the motivating factors are essentially comprised of having a healthy environment for her child and an admission that her stay in Syria is no longer worth it. She fled the caliphate’s last stand in the village of Baghouz two weeks ago.

“They’re just getting smaller and smaller and there’s so much oppression and corruption going on that I don’t really think they deserve victory,” she explained. 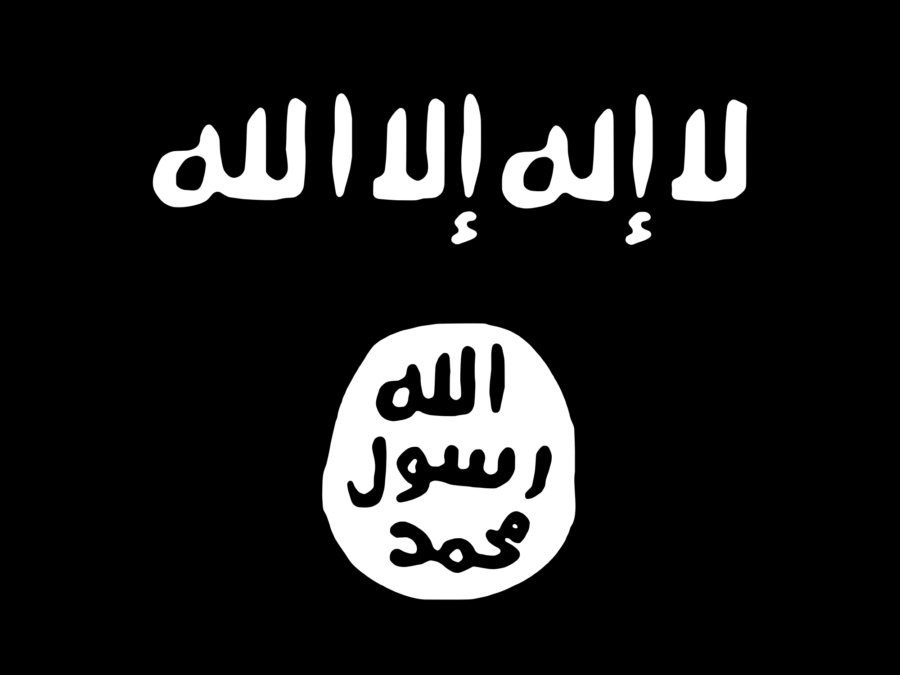 Begum’s 27-year-old husband fought for ISIS but surrendered to US-backed Syrian troops a few weeks ago. She hasn’t seen or heard from him since.

“In the end, I just could not endure any more,” she said. “I just couldn’t take it. Now all I want to do is come home to Britain.”

As far as the backlash Begum will have to face — as a Brit who fled Europe to join ISIS and is now pleading for help in garnering safe passage back — she’s well aware of “what everyone at home thinks of me as I have read all that was written about me online.”

“But I just want to come home to have my child,” she said. “I’ll do anything required just to be able to come home and live quietly with my child.”

Life For Shamima Begum Under ISIS 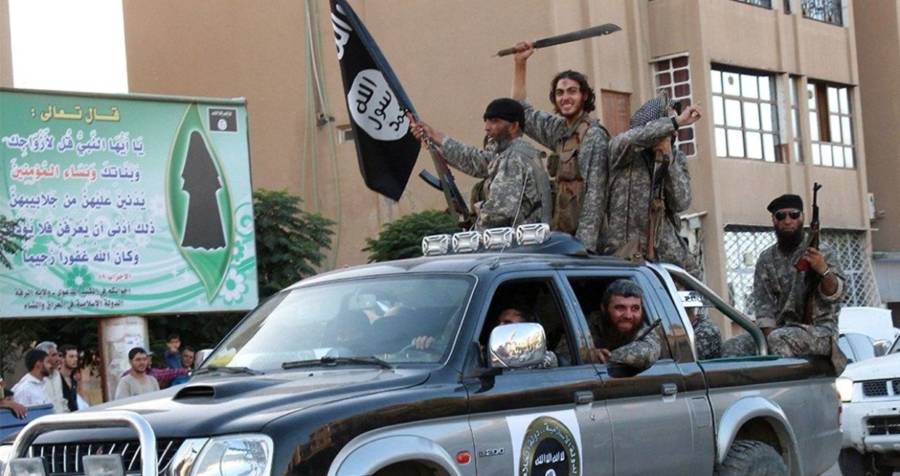 The teenage girl left Gatwick Airport with Bethnal Green Academy classmates Kadiza Sultana and Amira Abase in February 2015. The plan was to meet a friend of theirs who had traveled to Syria a few months earlier. When they got to Raqqa, however, they were detained under suspicion of being spies.

Shortly after, Begum was separated from her friends and placed in a “house for women,” where she applied to “marry an English-speaking fighter between 20 and 25 years old.” Whether this process was voluntary or not is unclear.

10 days later, she was officially wed to Dutch national Yago Riedijk. The other three girls reportedly also married foreign-born ISIS fighters, pointing toward an established system in place for these types of non-Islamic expats.

Begum said the first few years with ISIS were largely identical to what she’s seen in the propaganda videos, yet described that time as “normal life,” suggesting substantial detachment from Western norms most of her UK-based compatriots would define as normal.

“When I saw my first severed head in a bin it didn’t faze me at all,” she said. “It was from a captured fighter seized on the battlefield, an enemy of Islam.”

Shamima Begum and her husband left Raqqa in early 2017, traveling along the Euphrates valley while Syrian Democratic Forces (SDF) were on their heels. Eventually, the arrived in Baghouz.

Sultana was reportedly killed in an airstrike in 2016.

After Begum and her husband were separated, she left the caravan of remaining ISIS fighters she felt were doomed to die, admitting she felt “weak” for doing so, and that she “saluted” those who stayed. As it stands, she’s now in a refugee camp comprised of 39,000 people in al-Hawl, in northern Syria.

Begum did hear some promising news from women in the camp that her two other classmates were alive and well in Baghouz — “But with all the bombing, I am not sure whether they have survived,” she said.

Will She Be Allowed Back In?

In the end, all Begum has on her mind is getting out of Syria alive — how the UK government will receive those pleas is not as clear. 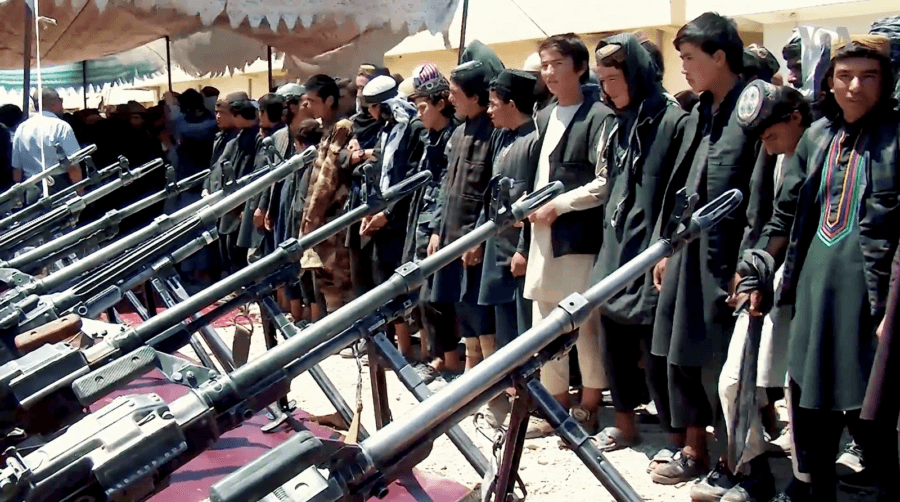 Wikimedia CommonsSurrendered ISIS fighters who turned themselves in to Afghan force in 2018.

UK security minister Ben Wallace recently stated on BBC’s Radio 4 that “actions have consequences,” in reference to the UK Home Office’s strict laws for citizens hoping to come back home after traveling to terrorist hotspots.

He said that nationals who want to return should be “prepared to be questioned, investigated and potentially prosecuted for committed terrorist offenses.”

“We recognize that there are children involved in this who had no choice about being out there, but ultimately what we have to do is protect the public,” he said. “People who went out there often as amateurs are now professional terrorists or professional supporters of terrorism, and we have to make sure we mitigate that threat should they come back.” 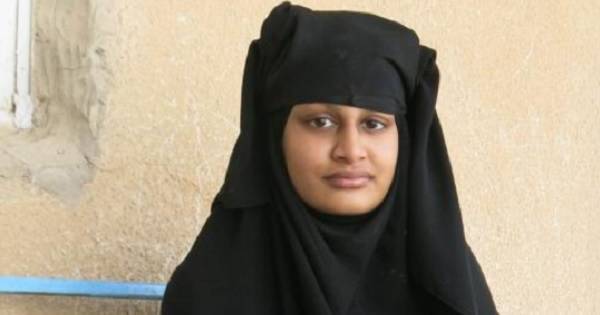 Shamima Begum in northern Syria in 2019.

With some analysts and authorities urging the government to consider people like Begum victims — and others reminding them that the girl herself seems to have been poisoned by ISIS’ barbaric violence — the push and pull between opposing strategies will have to be meted out in court.

After reading about Shamima Begum, the British teen who joined ISIS and now desperately wants to come home, read about the British punk rocker turned ISIS recruiter. Then, learn about a British Muslim teen being killed and stuffed into a refrigerator.