Opioid Addiction Is So Pervasive That U.S. Hospitals Need ‘Baby Cuddlers’ To Help Newborns In Withdrawal 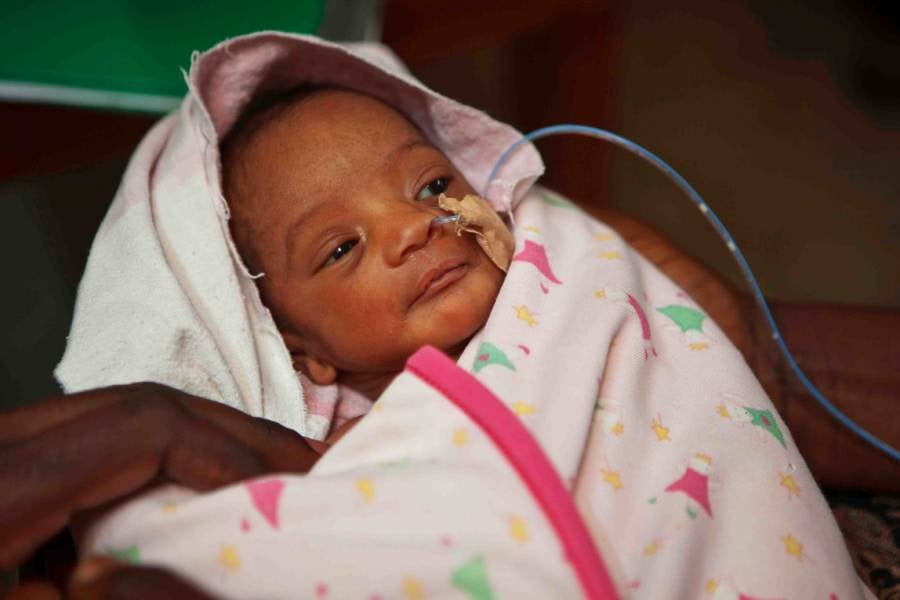 The opioid epidemic has become a national crisis. While most victims of this modern phenomenon are addicted adults, there are newborn babies born of those addicts who suffer from withdrawal the moment they enter the world. These babies end up in the Neonatal Intensive Care Unit (NICU) — an ICU for infants — and experience pain and suffering before they can experience anything else in their world.

The nationwide consequences of America’s opioid epidemic have become so stark and prevalent that the National Institute on Drug Abuse reported that a baby is born suffering from opioid withdrawal every fifteen minutes.

In response, hospitals across the country have received volunteer aid by regular citizens who serve as “baby cuddlers” and rock the ailing infants to sleep, provide a necessary human connection, and allow them a small semblance of peace.

Hospitals across the country are opening up individual “cuddler” programs as part-time jobs to combat the crisis and can be found from Iowa and Virginia to Massachusetts and San Antonio. 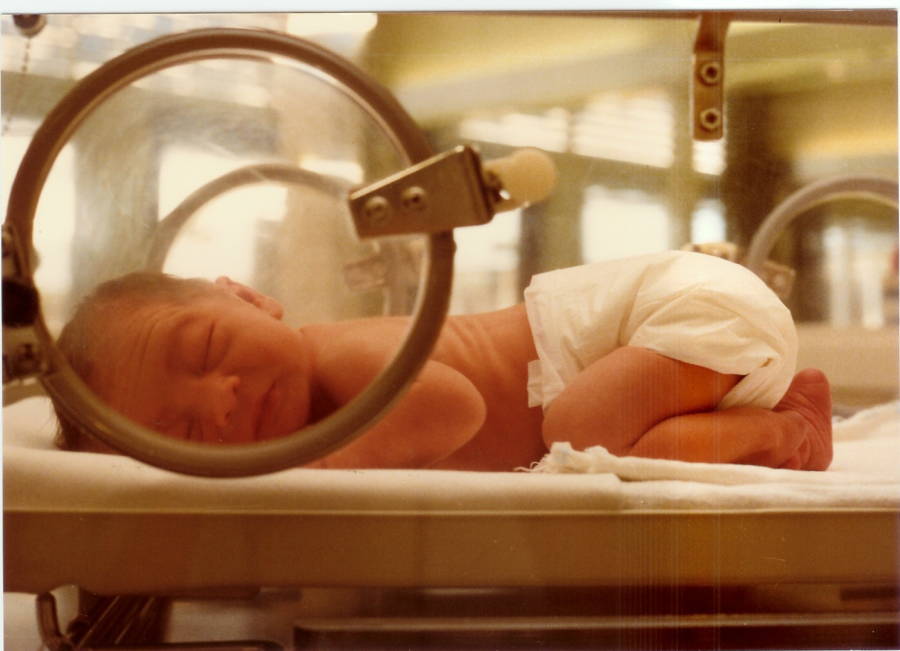 So when the University Hospital put out a call for its cuddling program in the NICU, Army veteran Doug Walters was quick to volunteer Texas Public Radio reported.

“Jonathan is supposed to be going to sleep, but we’re having some challenges right now,” said Walters in reference to an infant he volunteered to care for. “He’s three and a half months. So he’s been a resident for a little while.”

Walters has been a part-time baby cuddler for over three years now and said he has specialized on those who enter the NICU with neonatal abstinence syndrome (NAS) — opioid withdrawal inherited from their mothers. 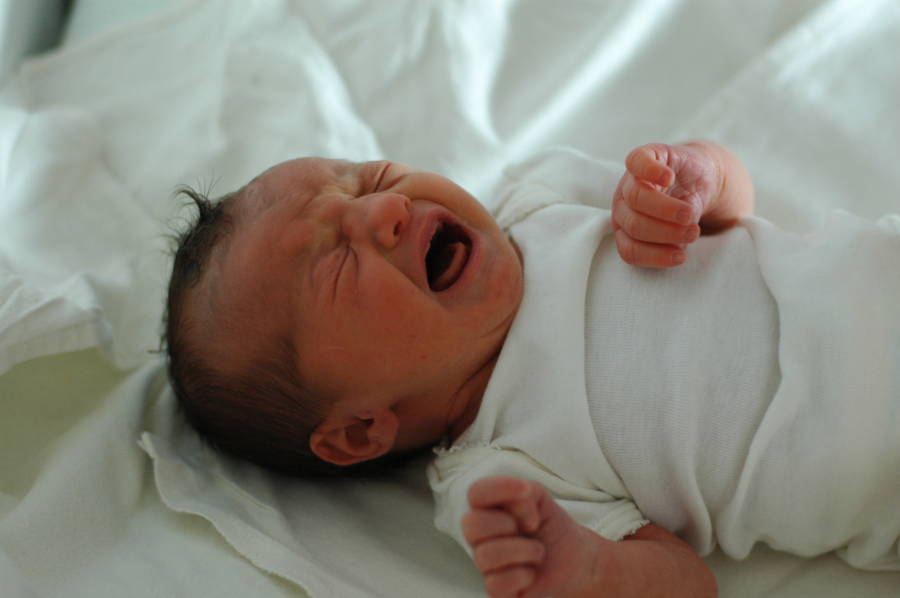 The symptoms of NAS include tight muscles and subsequent body stiffness, tremors, seizures, and overly increased reflexes. Newborns with NAS are prone to gastrointestinal problems, and thus, have trouble with being fed. These babies can also have trouble breathing.

All of the infants suffering from NAS let out a unique, high-pitched shriek which Walters said is immediately identifiable as a cry stemming from that particular syndrome.

Laurie Weaver has been a nurse in the University Hospital NICU for 27 years and has come to care for babies with NAS more than any other type of patient. For her, it’s the fairness factor — a tipping of the scales that dealt these infants a heavy hand — that draws her to them.

“I just feel like they were given a rough start, and I just like holding them and comforting them,” she said. 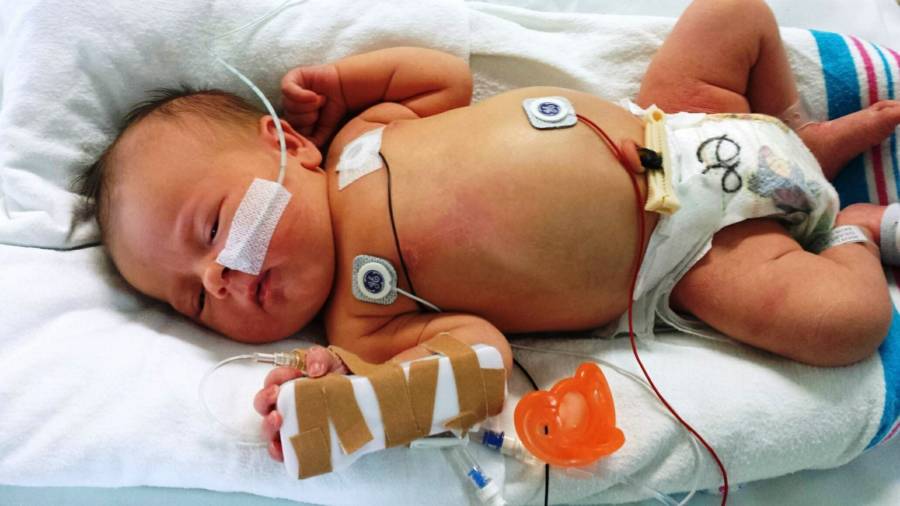 “Touch is so important to babies,” said Vicki Agnitsch, a former nurse now part of the 22-person Cuddler Volunteer program at Blank Children’s Hospital in Des Moines, Iowa. “Without that, there would be failure to thrive.”

Agnitsch said that the more cuddling and physical touch these infants get has a direct correlation to fewer required and administered medications. The human connection provided through these programs literally supports the immune systems of babies born with NAS.

“When they know someone else is touching them, it gives them that warmth and safety and security that they crave,” she explained. “They had that inside the mom, and then they come out into this cold, bright world. They don’t have that, so all of that swaddling, touch, and talk helps their development.”

Agnitsch said that the simple act of spending a few hours per week with newborns with NAS can help physically course-correct the very direction of their early lives. She also said that thee Cuddler Volunteer program, which she’s been a part of since 2011, is “the best part of my week.”

She doesn’t seem to be the only one who finds catharsis in that, as the Blank Children’s Hospital Cuddler Volunteer program — one of many across the country — has a two-year waiting list of volunteers. 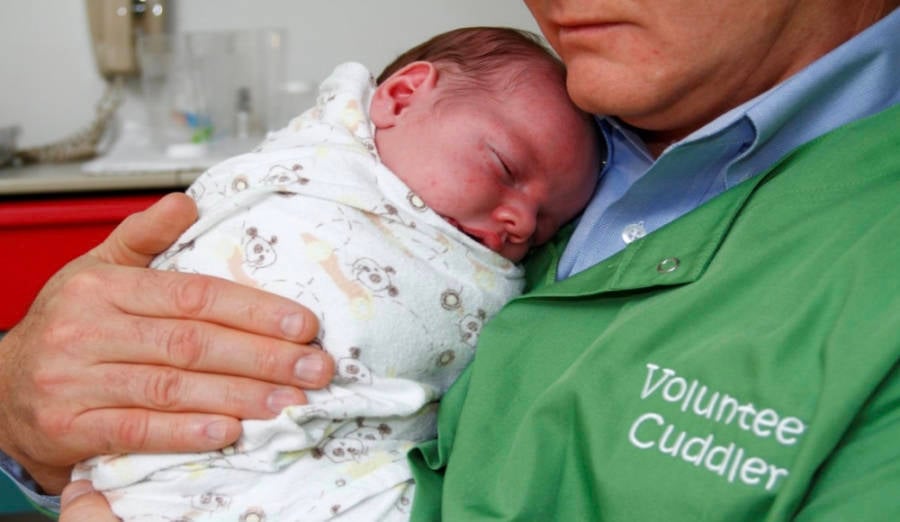 Halfway across the country, Warrenton, Va.’s Fauquier Hospital has established a cuddler program of its own. Director of women services Cheryl Poelma told WTOP that infants born with NAS received morphine shortly after birth to help assuage their withdrawal symptoms.

Babies in withdrawal “tend to be irritable, they aren’t coordinated with their suck, they can’t eat well, they can sneeze a loot, have loose stools — it’s all part of withdrawing,” she said. Fauquier Hospital decided to implement a two-pronged cuddler program in conjunction with the administering of morphine.

“They sit, and they rock infants and hold them tight,” she said. “They tend to like to have their hands close to their chests, they like a tight blanket swaddled around them. They also like to suck on pacifiers, so it’s rocking, sucking, keeping them in a quiet environment, reducing stimuli.”

Poelma explained that volunteer cuddlers have shown results in a matter of weeks.

“You’ll see them engaging you more, their eye contact will be better, they’ll start feeding better, not being so fussy, and they’ll start to sleep better,” she said. 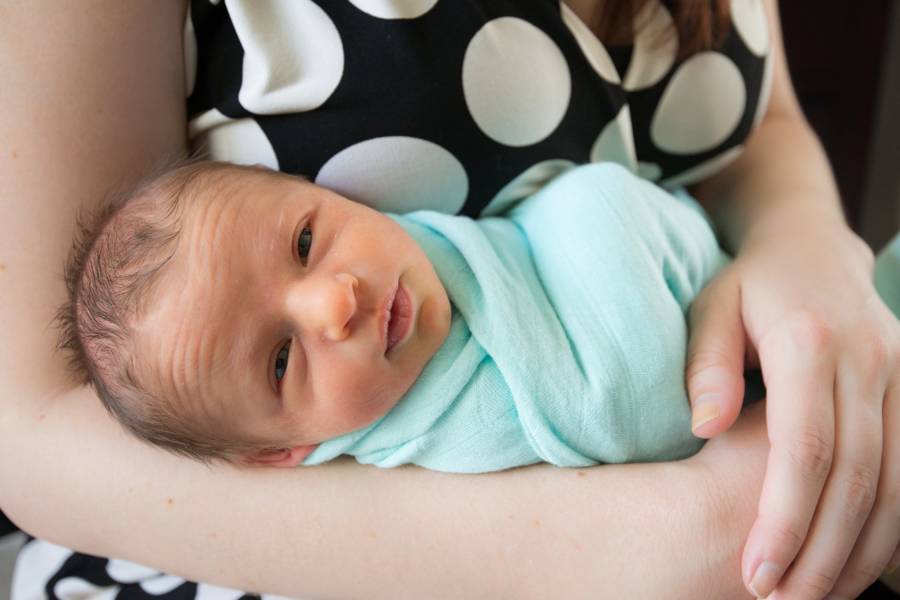 PixabayA newborn being cuddled, wrapped in a blanket, 2015.

A study published in 2014 in the Biological Psychiatry journal suggested that infants born in the NICU formed healthier sleep habits and showed increased attention if they were regularly cuddled from birth.

The New York Presbyterian Brooklyn Methodist Hospital, UCI Health in Orange County, Calif., the Blank Children’s Hospital in Des Moines, Iowa — these programs are springing up all over the United States, and those are just the ones currently at capacity.

It’s proactive empathy like this that makes all the difference in the world — especially for those least able to help themselves.

Next up, read about how the Financial Crisis of 2008 affected both U.S. and Europe’s mortality rates. Then, read about the pro-life mom who refused chemotherapy and died alongside her child .