Turns out the giant planet is packed with equally big surprises. 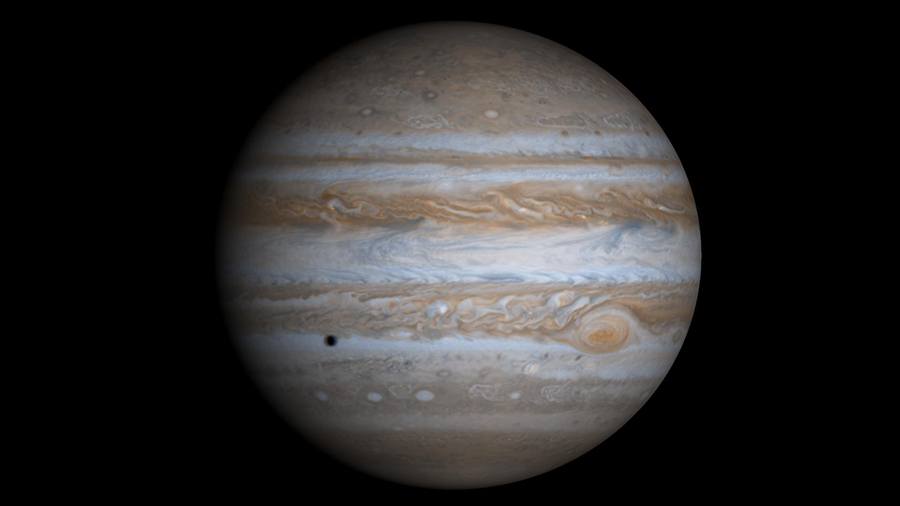 Early photos from a recent NASA mission to Jupiter show that the giant planet has some big surprises for scientists.

On Thursday, the U.S. space agency released photos recently taken by the Juno spacecraft, which was launched in August of 2011 and entered Jupiter’s orbit nearly five years later on July 4, 2016.

The visuals that the spacecraft captured after its five-year journey are nothing short of stunning: 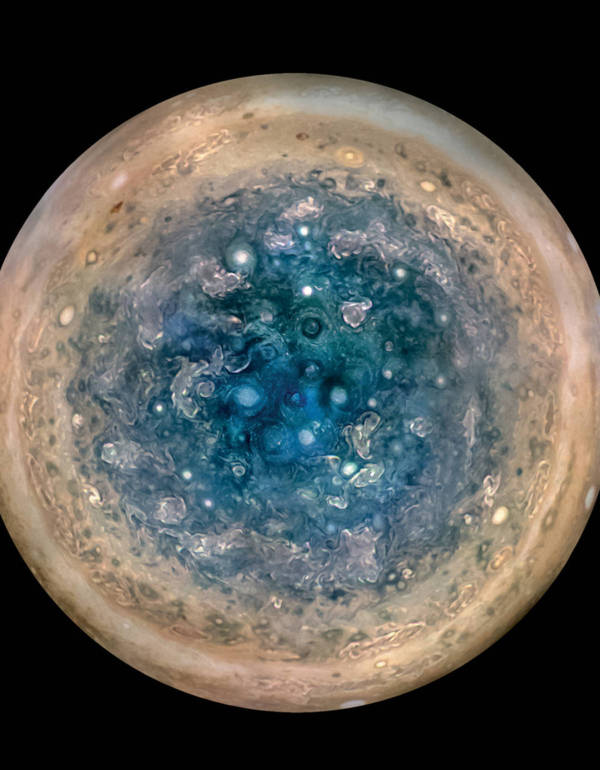 NASA/JPL-Caltech/SwRI/MSSS/Betsy Asher Hall/Gervasio RoblesThis image shows Jupiter’s south pole, as seen by NASA’s Juno spacecraft from an altitude of 32,000 miles (52,000 kilometers). The oval features are cyclones, up to 600 miles (1,000 kilometers) in diameter. Multiple images taken with the JunoCam instrument on three separate orbits were combined to show all areas in daylight, enhanced color, and stereographic projection.

Indeed, as NASA stated in the press release, the solar system’s largest planet is covered in “Earth-sized polar cyclones” and a “mammoth, lumpy magnetic field.”

Suffice it to say, these images are not exactly what scientists anticipated to see below the planet’s thick cloud cover.

“The general theme of our discoveries is really how different Jupiter looked from how we expected,” Scott Bolton, Juno principal investigator, from the Southwest Research Institute in San Antonio, said in a Thursday teleconference.

“This is a close-up and personal look at Jupiter. We thought it was uniform inside and relatively boring. What we’re finding is anything but that. It’s very complex. Jupiter from the poles doesn’t look anything like it does from our usual view.”

Particularly interesting to NASA researchers are the massive cyclones, which present in Jupiter’s poles.

“We’re puzzled as to how they could be formed, how stable the configuration is, and why Jupiter’s north pole doesn’t look like the south pole,” said Bolton. “We’re questioning whether this is a dynamic system, and are we seeing just one stage, and over the next year, we’re going to watch it disappear, or is this a stable configuration and these storms are circulating around one another?”

But before Bolton and his team develop answers to those questions, new ones will likely be raised this summer when Juno — currently in a polar orbit around Jupiter, according to the release — does another fly by of the planet, this time at one of the solar system’s most iconic “spots.”

“On our next flyby on July 11, we will fly directly over one of the most iconic features in the entire solar system — one that every school kid knows — Jupiter’s Great Red Spot. If anybody is going to get to the bottom of what is going on below those mammoth swirling crimson cloud tops, it’s Juno and her cloud-piercing science instruments.”