The long-raging storm is actually bigger than Earth. 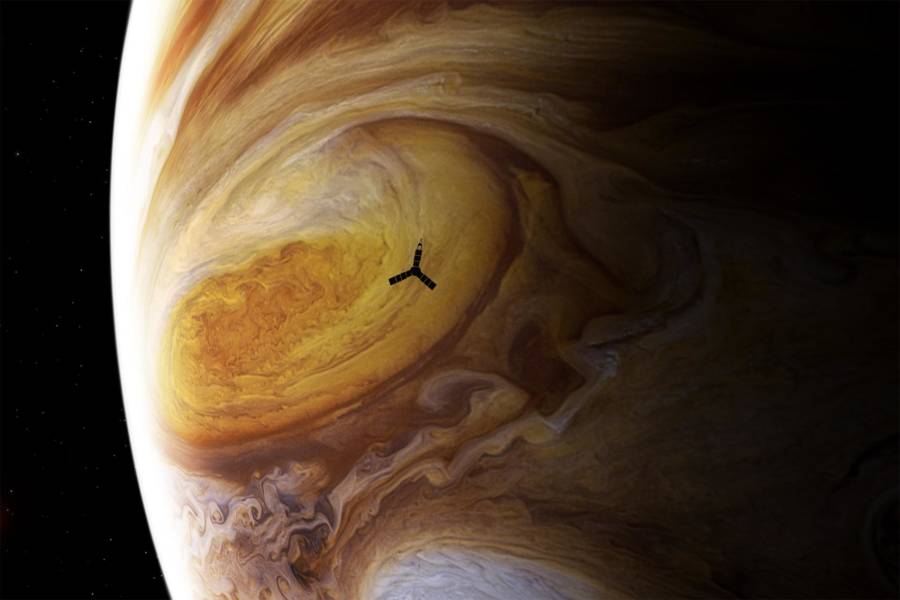 Humans have never gotten a closer look at Jupiter than we did on July 10. And that means the clearest shot yet of the gas planet’s famous beauty mark: the Great Red Spot.

From a mere 5,600 miles away, the Juno probe snapped breath-taking photos of the 10,000-mile-wide storm — a swirling red cloud formation 1.3 times bigger than Earth.

NASA researchers hope that the close-up’s will help them solve the mystery behind the spot, which has been twirling around on Jupiter for as many as 350 years.

“This monumental storm has raged on the solar system’s biggest planet for centuries,” Juno’s principle investigator Scott Bolton said in a NASA news release. “Now, Juno and her cloud-penetrating science instruments will dive in to see how deep the roots of this storm go, and help us understand how this giant storm works and what makes it so special.”

People have been keeping track of the spot, easily visible even from backyard telescopes, since 1830.

After Juno’s five-year journey to Jupiter’s orbit, the release of these photographs is really the culmination of nearly two centuries of work.

“From the three swirls inside the deep red core to the waves and vortices orbiting it, the images reveal the power and chaos of this iconic storm,” Juno researcher Jonathan Nichols told the BBC of the images. “The light and dark shades reveal the wind flow in the spot and potentially the 3D structure of the cloud decks.”

“But the images are also a perfect convergence of science and art, revealing the awesome beauty of the giant planet,” Nichols went on. “The quality of these data are superb, and it bodes well for further Juno data that will reveal how deep into the atmosphere the Great Red Spot extends.”

Where were you the night of #July4 2016? I was arriving at #Jupiter! Relive the drama… pic.twitter.com/AdeaDFi51h

The spot has been shrinking over the past 150 years and scientists say they don’t know when or if it could disappear entirely. So be sure to a good look at the solar system’s most famous storm before it’s gone: 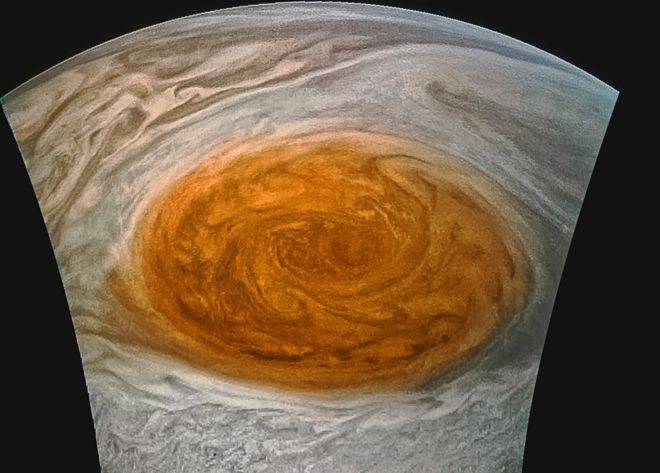 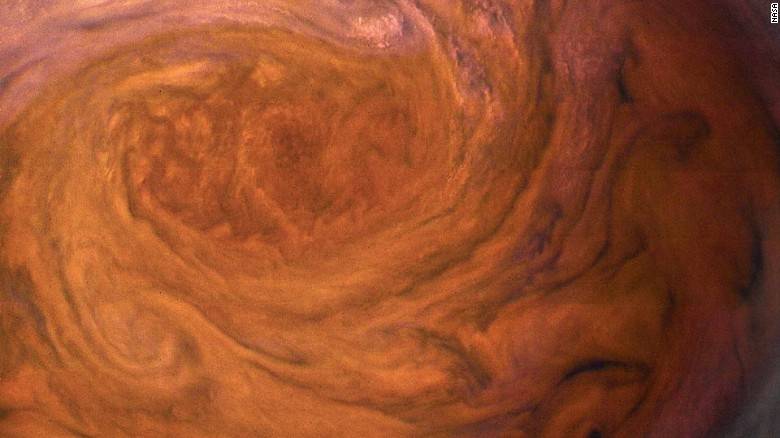 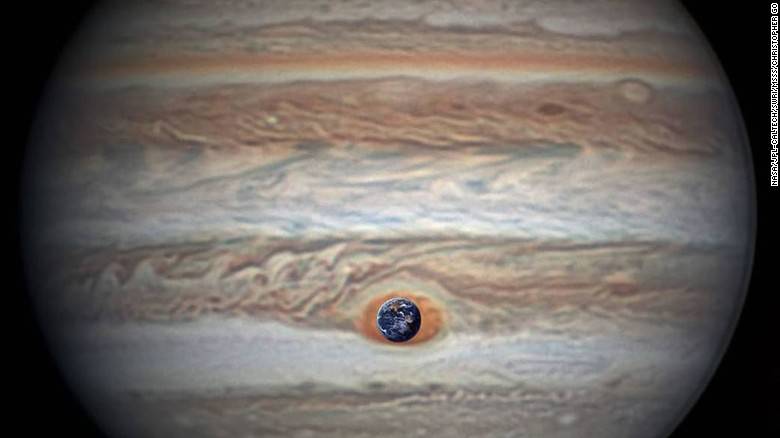 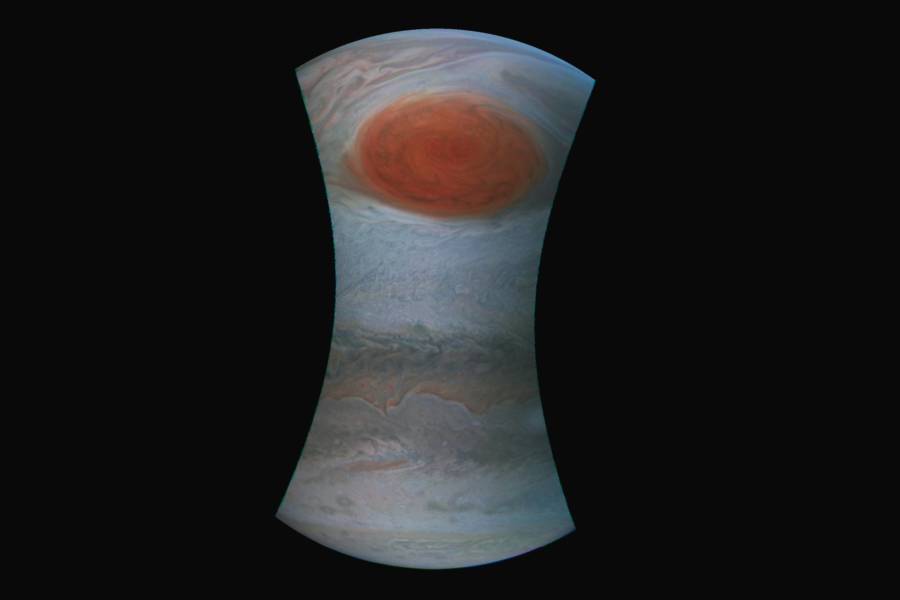 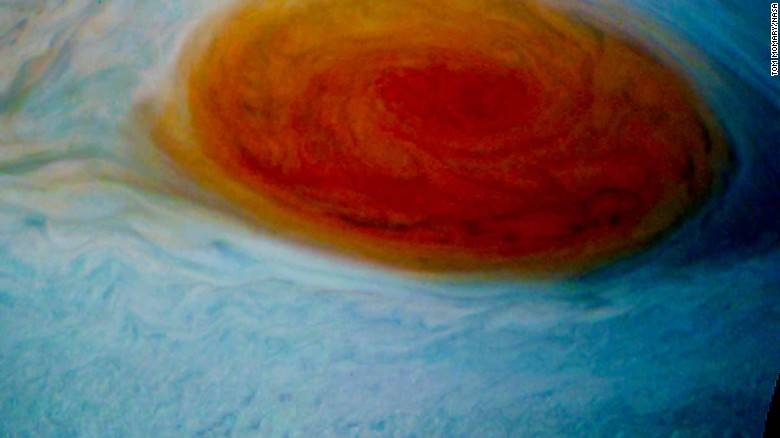 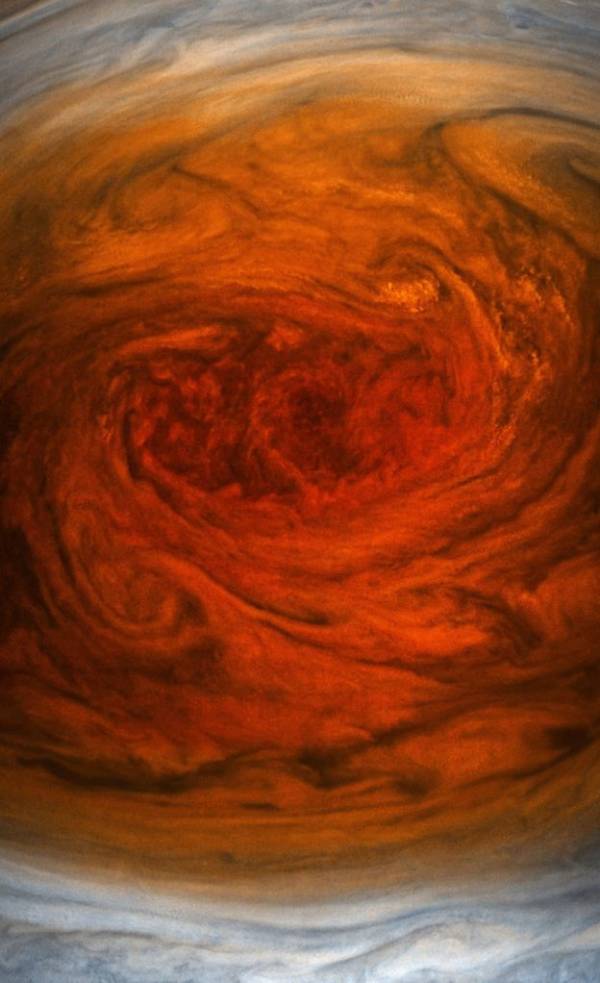 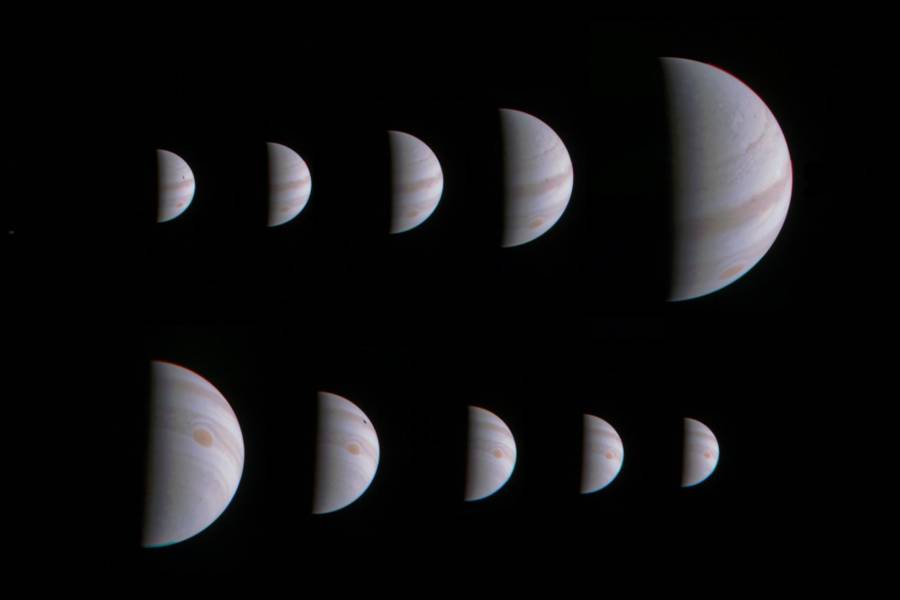 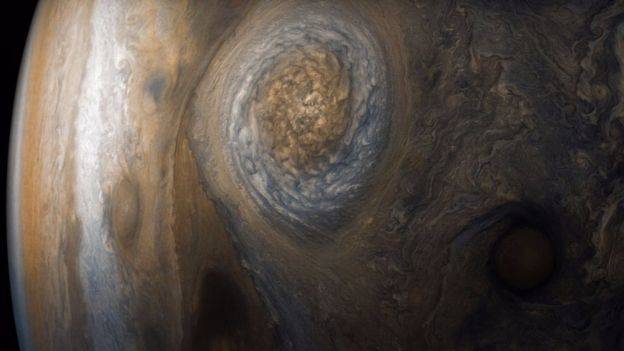 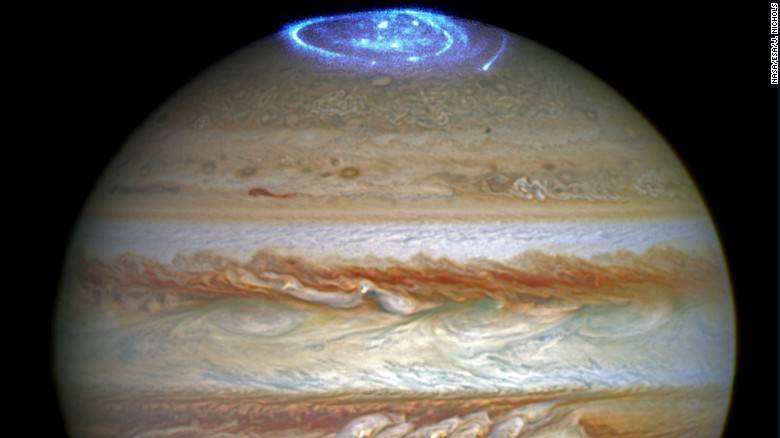 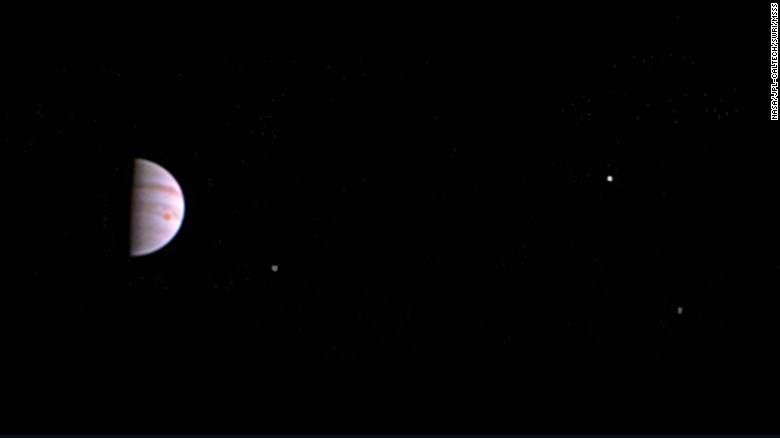 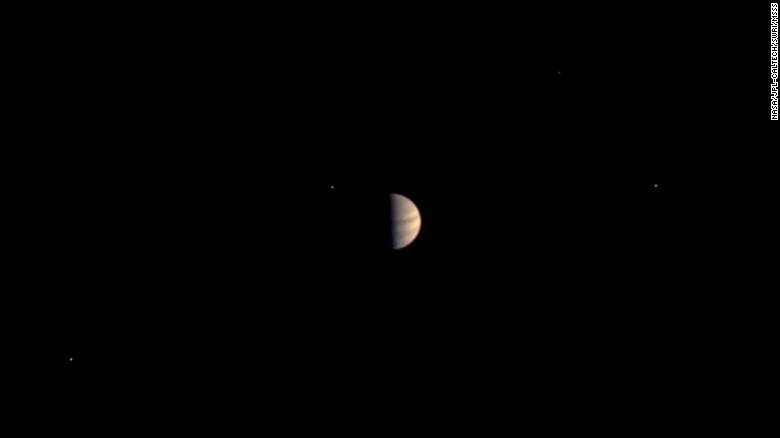 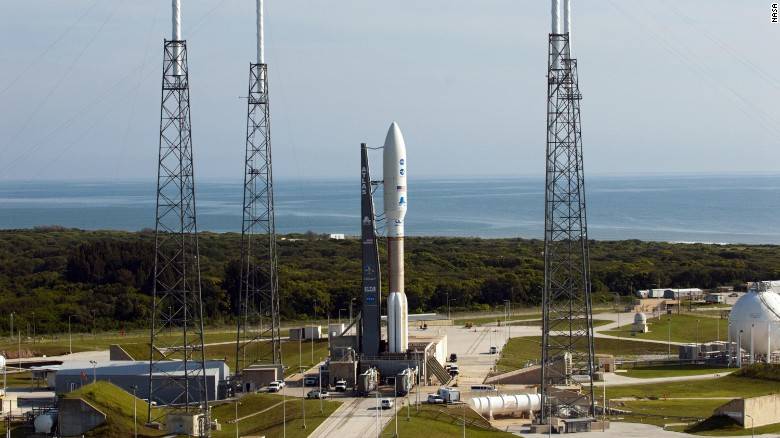 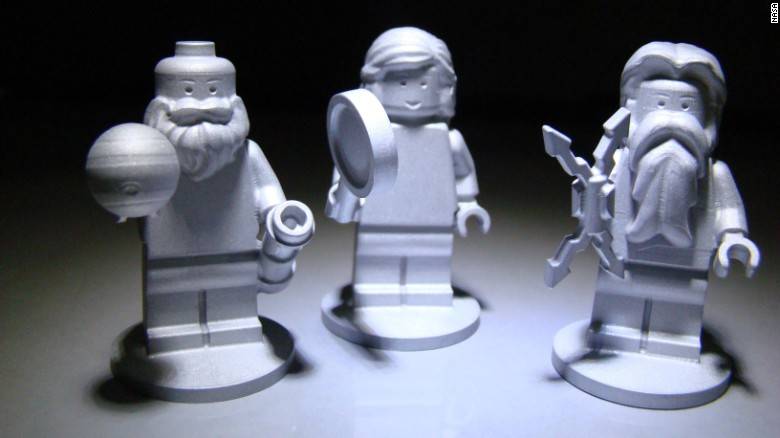 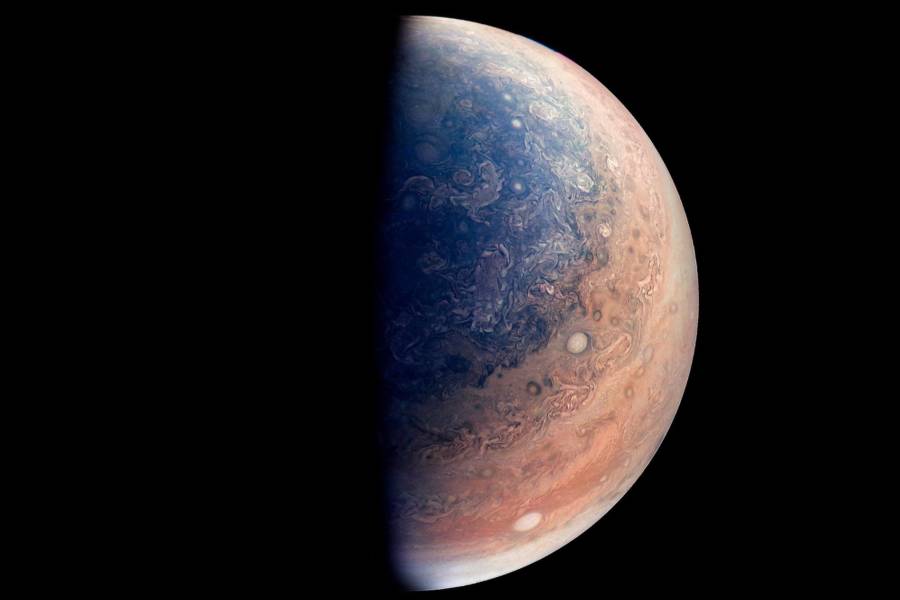 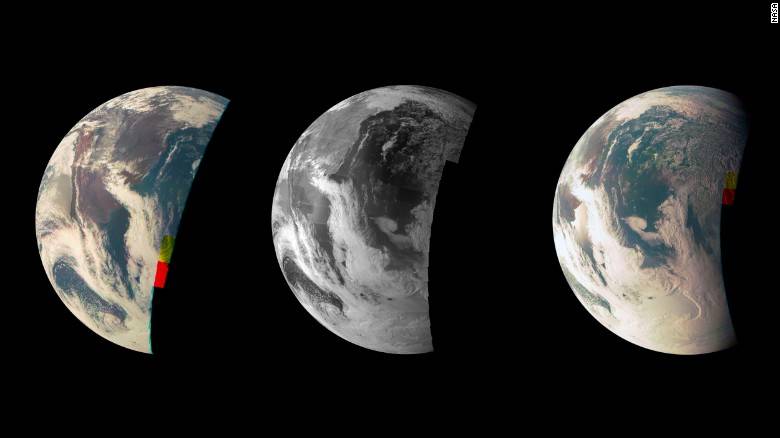 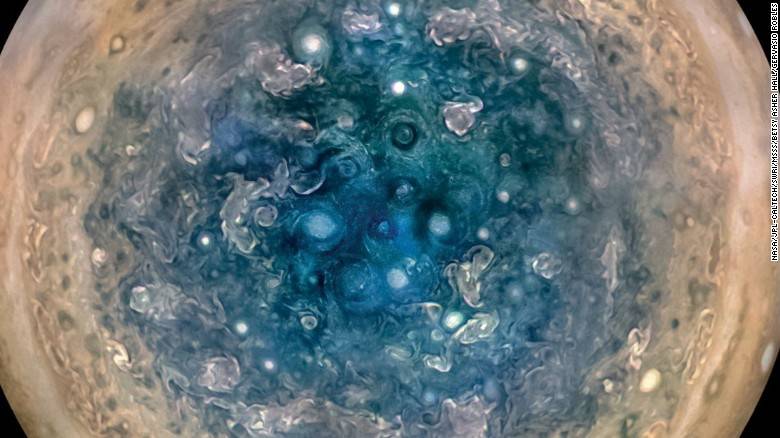 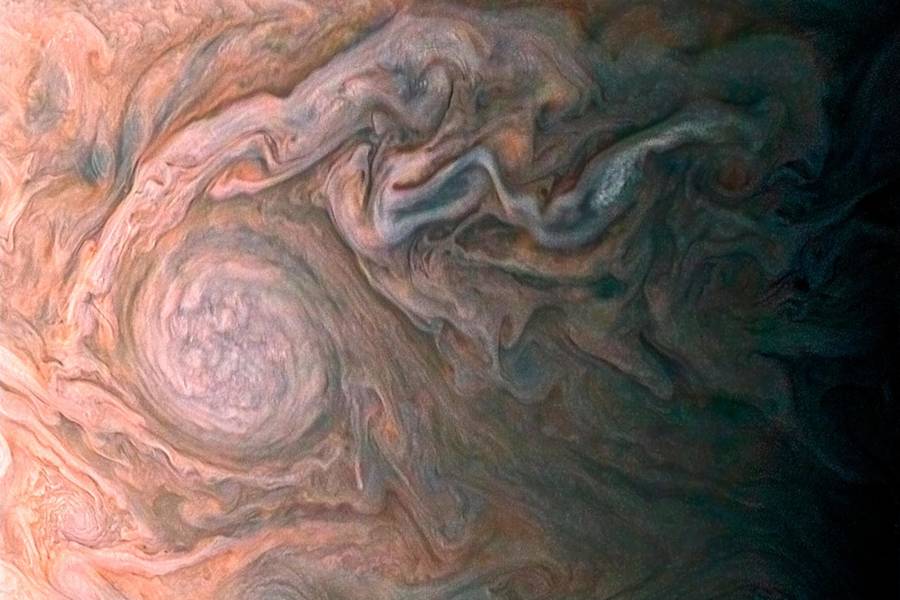 1 of 19
A graphic designer used the NASA images to create this perfect shot of the Red Spot.NASA/SWRI/MSSS/Jason Major
2 of 19
A closeup of the Great Red Spot's 10,000-mile-wide cloud cluster.NASA
3 of 19
A NASA image of the Earth scaled by an astronomer for a size comparison with Jupiter's red spot.Christopher Go / JPL-Cal Tech / NASA
4 of 19
The Big Red Spot is Jupiter's largest storm. This Juno photo is from 5,600 miles away.NASA, SWRI, MSSS
5 of 19
Since NASA allows all citizens access to the original photos, people are able to use color enhancement to create a beautiful blend of science and art. NASA / Tom Momary
6 of 19
Scientists still don't know what's underneath the mysterious spot. NASA/SWRI/MSSS/KEVIN GILL
7 of 19
The images don't look this bright when they come back, but citizen scientists use editing to highlight the most beautiful parts. NASA/SWRI/MSSS /GERALD EICHSTÄDT / SEÁN DORAN
8 of 19
Juno's view in August 2016.NASA
9 of 19
To do that, they're looking deep into the images for the storm's roots.NASA/SWRI/MSSS /GERALD EICHSTÄDT / SEÁN DORAN
10 of 19
Stunning photos from NASA's Hubble Space Telescope show Jupiter's auroras. measurements from Juno helped supplement the telescope's observations.NASA/ESA - J. Nichols
11 of 19
The first photo Juno took of Jupiter after entering the planet's orbit shows three of its four largest moons. (Left to Right: Io, Europa, Ganymede)NASA/JPL-Cal Tech
12 of 19
Juno's final shot of Jupiter before powering down. NASA/JPL-Cal Tech
13 of 19
Juno's 2011 launch from Cape Canaveral, Florida. The probe had to travel 1,740 million miles to reach its destination.NASA
14 of 19
Every flight needs a crew and Juno is no exception. Three legos are manning the spacecraft (from R to L): the Roman God Jupiter (for obvious reasons), his wife Juno (so he doesn't get lonely), and Galileo Galilei (who discovered Jupiter's four biggest moons in 1610).NASA
15 of 19
Storms on the south pole using Juno images.NASA/Gabriel Fiset
16 of 19
Juno takes pictures of Earth too. Here's some from October 2014. NASA
17 of 19
600-mile wide cyclones on Jupiter's south pole. Betsy Asher Hall/Gervasio Robels/Cal Tech/NASA
18 of 19
Jupiter's swirls from 9,000 miles away, taken in February 2017. NASA
19 of 19 Next, check out photos that show how similar-looking Saturn's largest moon is to Earth. Then, take a look at these 26 photos of NASA landings throughout the decades.