Actress Natacha Jaitt accused several celebrities in Argentina of involvement in a child sex ring on live TV in 2018. Mere months later, she was found dead of a suspected "overdose."

After actress Natacha Jaitt accused prominent media members and political figures in Argentina of involvement in a child sex ring, she tweeted out an ominous message to the world.

In April 2018, she stated on her Twitter page that she had no intentions of killing herself, and that her untimely death should be extremely suspect if it should occur.

Less than a year after she posted that message, the 41-year-old’s dead body was found naked in a bed following a party on the outskirts of Buenos Aires.

Her death was originally suspected to be a drug overdose, especially since there was cocaine residue in her nose. Also, her autopsy showed multiple organ failure with no signs of violence.

However, her prescient tweet was a sign to family and friends that the official story was suspicious. And so the theory that she was murdered for exposing the country’s powerful and corrupt rapidly gained traction. Here’s what happened.

Natacha Jaitt was born on Aug. 13, 1977 in Buenos Aires, Argentina. It’s fair to say that the precocious young girl’s curiosity of the world was matched only by exploring the boundaries of her sexuality.

In a translated interview, she claimed that her parents didn’t teach her about sexuality or the urges she was experiencing as a teen, so she took it upon herself to learn. After losing her virginity at 16 and finding Judaism unfulfilling, she needed a break from Argentina for a while. 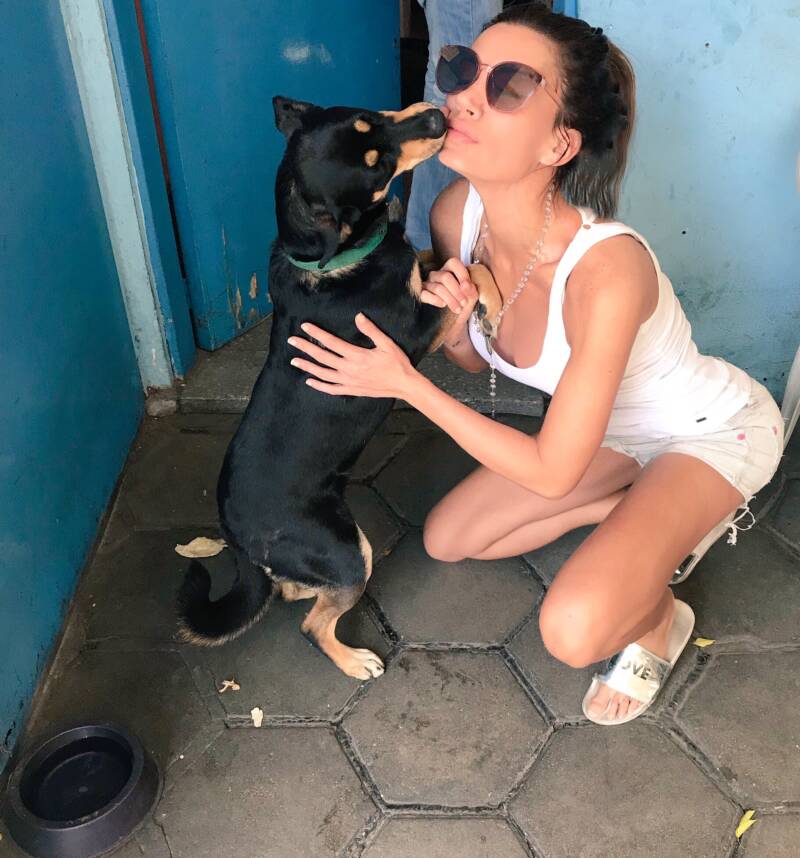 With a background in both stage and television acting, the young woman was ready to conquer the world.

“So I grabbed the world map and put my finger [on] Spain,” she said. “I made it my goal to work on Spanish television.”

Her appearance on the popular reality show Big Brother Spain really opened up doors for Jaitt. She was hired by the program Cronicas Marcianas shortly thereafter. Then Playboy TV noticed her steady rise and offered her a job back home in Argentina.

It was in her home country that she would allegedly discover several dangerous — and powerful — people with petrifying motives.

The Death Of Natacha Jaitt 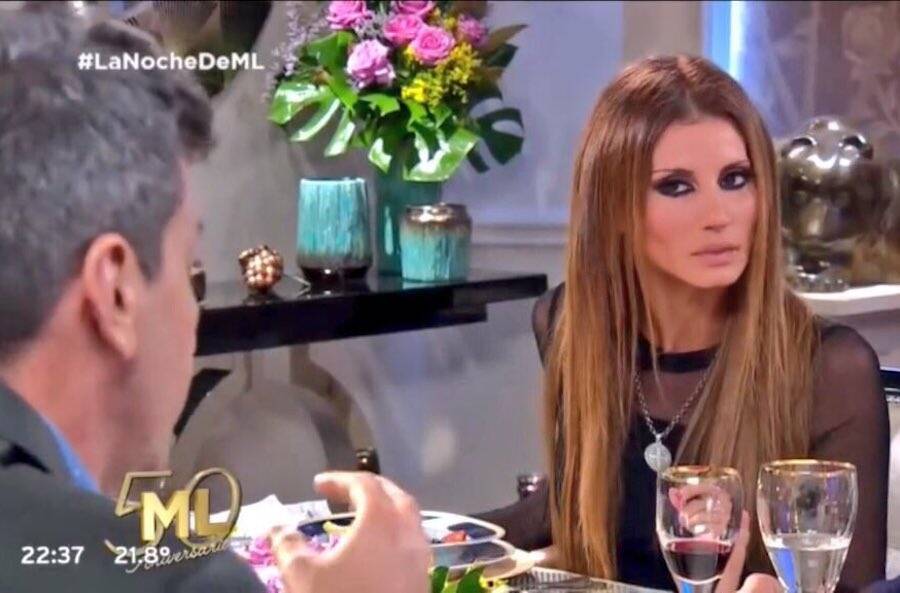 TwitterJaitt accused Argentinian celebrities of being involved in a child sex ring on live television, after which both guests and the host denounced her allegations.

In 2018, Argentina’s Football Association launched an investigation into allegations of child sexual abuse within the club’s youth divisions. It was sparked by one of the club’s young players breaking down during therapy and revealing the horrid details of the abuse.

He said that he and others were recruited and abused by various men in exchange for money, and that another club member was responsible for collecting kids into the pedophile ring. At least seven minors were prostituted, while 10 more minors were also believed to have been victims.

Around this time, Jaitt appeared on the La noche de Mirtha TV show — and claimed that Argentinian politicians and journalists were involved in the ring.

Natacha Jaitt made the shocking allegations on the La noche de Mirtha show.

The claims were especially controversial because they were presented without any concrete evidence.

Two other guests, journalists Mercedes Ninci and Gustavo Grabia, criticized Jaitt’s allegations. Host Mirtha Legrand later made a public apology for allowing these unsubstantiated claims to be made on her show.

Meanwhile, in April 2018, Jaitt posted the tweet seen ’round the world. 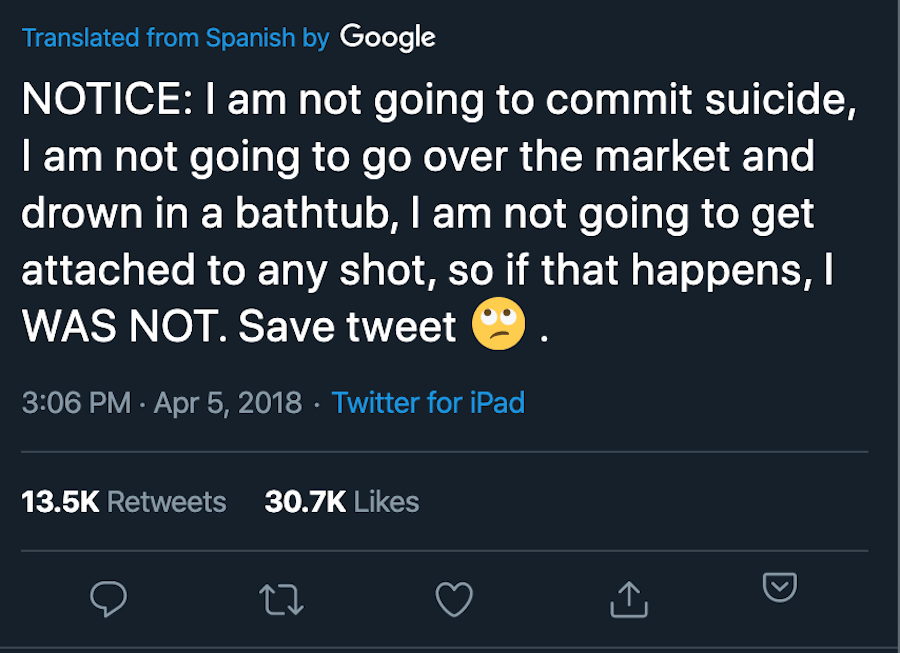 TwitterJaitt made sure to publicly let people know she had no intentions of killing herself. This was mere months before she was found dead of a suspected overdose.

At the beginning of 2019, Jaitt made yet another shocking claim that film director Pablo Yotich and his friend Maximiliano Giusto had raped her.

By February of that year, her dead body would be found in a bed after a party. Though Jaitt explicitly claimed she was not suicidal, many initial reports hinted at a drug overdose.

Some local publications claimed Jaitt had “excessive amounts of cocaine, LSD, and champagne” in her system.

To her friends and family, however, the official story was infuriating. Her brother said she would not have taken drugs because she was on medication at the time that would have reacted to hard substances.

So it didn’t take long for her brother — and her lawyer — to allege that her death may have been murder.

Jaitt’s lawyer believed that his client had been murdered because she was about to make new allegations. After all, she had already implicated politicians, journalists, entertainment figures — even a friend of Pope Francis — of being involved in a pedophile ring.

Her brother stood by with a similar theory. 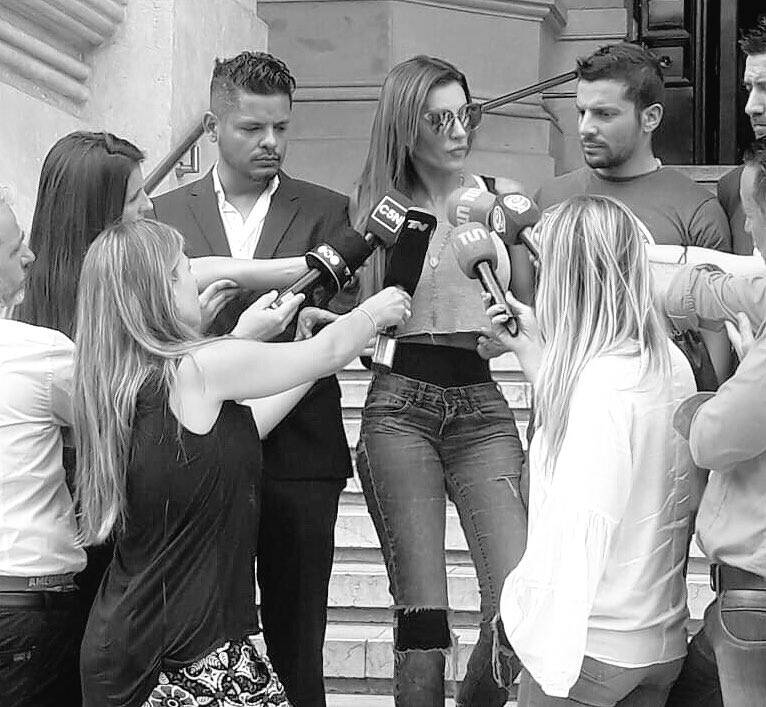 TwitterJaitt speaks with members of the press shortly before her untimely death.

Considering Jaitt’s infamous tweet, it certainly appeared that the mom of two was scared of violent retribution for the claims she had already made.

Although she was known to be a former drug user, those closest to her insisted that she had quit this habit.

And as for the party she was at, reports stated that she and her friend Raúl Duarte were at the property to explore hosting events at the location, which was owned by businessman Guillermo Gonzalo Rigoni.

So if she was indeed murdered, who killed her? That remains a mystery. 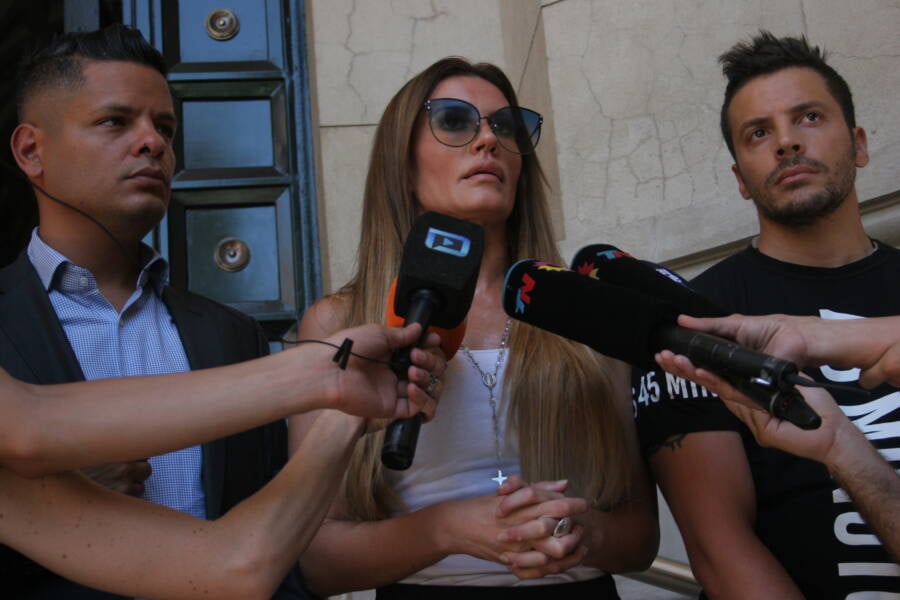 Gustavo Muñoz/Getty ImagesNatacha Jaitt speaks to the press after accusing two men of raping her. January 2019.

Not long afterward, Duarte was arrested on Feb. 27, 2019 for giving an alleged “false testimony” to authorities.

The testimony most notably included his claim that he found Jaitt’s mobile phone in his car, when security footage showed him taking it from the room where she was found dead and then storing it in his backpack.

Duarte was the only person detained after the questioning — and he was released a few days later. He later claimed that he took her phone specifically so the police could get to it. 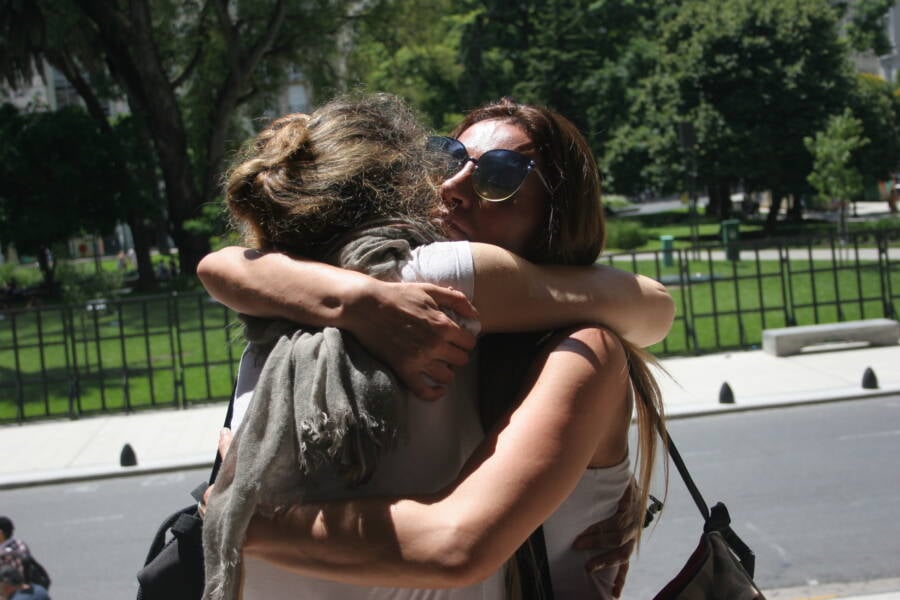 Gustavo Muñoz/Getty ImagesJaitt hugs a fan who waited outside the courthouse to show Jaitt her support. January 2019.

In a recent translated interview, those close to her say that they have “no hope” her case will ever be completely resolved. And they hesitate to name any possible suspects.

Natacha’s brother said, “I cannot say a name because there is no evidence and we are responsible people, but she got into a delicate subject such as the cause of Independiente and spoke of people linked to pedophilia. What happened was a return of all these complaints that she made.”

Likewise, her family lawyer continued to dispute her alleged cause of death: “Cocaine was found in the body, but that was not the cause or the trigger for the multi-organ failure. How could it be that a few days before they had admitted her and checked her, they did her heart studies and she had nothing? You see the death report and it can’t be explained.”

In the end, only questions remain, while Jaitt’s two children mourn the loss of their mother — a woman who possibly paid the ultimate price for speaking up about a potentially true crime.

After learning about Natacha Jaitt and her suspicious death, read about the repulsive murder of Hollywood model Iana Kasian by graphic novelist boyfriend Blake Libel. Then, learn about Congressional candidate Nathan Larson proudly admitting to being a pedophile and raping his wife.