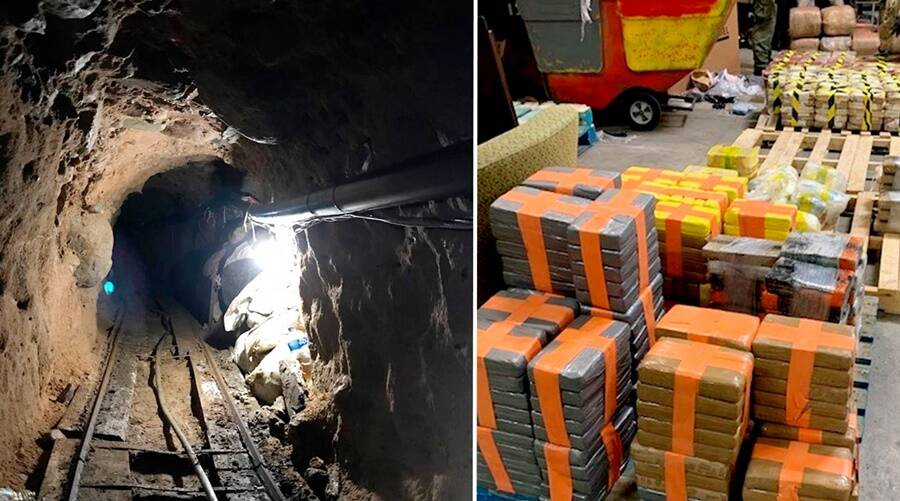 San Diego Tunnel Task Force/Department of Homeland Security via Associated PressAuthorities carried out a drug bust worth nearly $30 million from an underground tunnel at the U.S.-Mexico border.

History has shown that no matter how challenging, people will do what they can to smuggle illegal things. Sometimes that means building a ventilated drug tunnel with lighting and an underground rail system that stretches across the U.S.-Mexico border.

As the New York Times reports, authorities found $29.6 million worth of illegal drugs as it was being smuggled through an underground drug tunnel that connected Tijuana, Mexico, and the Otay Mesa area in San Diego.

The seizure included 3,000 pounds of marijuana, 1,300 pounds of cocaine, 86 pounds of methamphetamine, and 17 pounds of heroin. In addition, there were also more than two pounds worth of fentanyl.

Authorities said it was one of the largest hauls of illegal drugs found in a single tunnel in recent years.

The drugs were seized from an operation smuggling illegal substances through a 2,000 foot-long tunnel built 30 feet underground. The secret drug tunnel was well-built with a ventilation system, lighting, and other sophisticated features constructed throughout.

“These tunnels show the determination of drug trafficking organizations to subvert our border controls and smuggle deadly drugs into our community,” said DEA Special Agent John W. Callery in a statement following the recent drug sting. 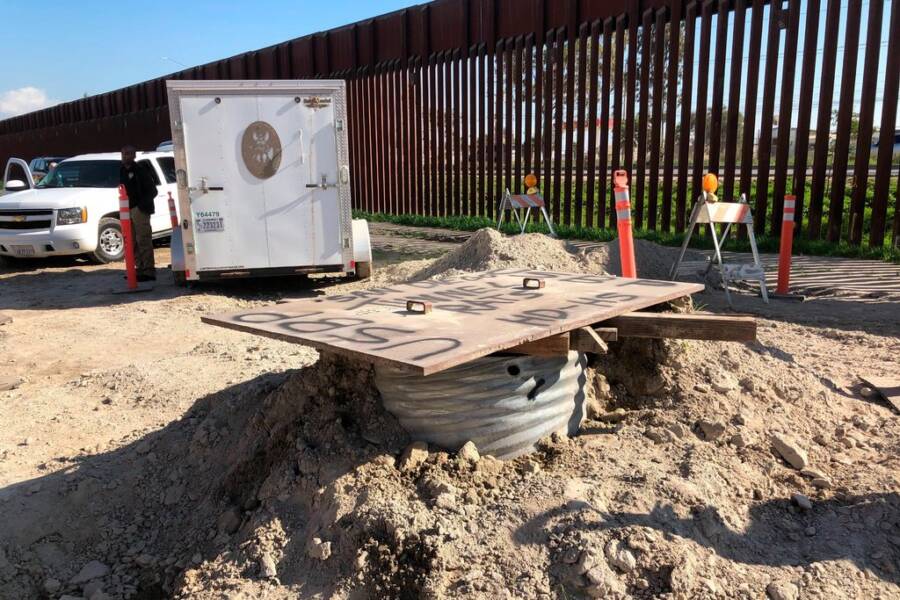 Elliot Spagat/Associated PressEntry point leading to the earlier 4,000-foot-long drug tunnel discovered on the U.S. side of the border wall.

The tunnel itself was uncovered by a special task force called the San Diego Tunnel Task Force on March 19, 2020. The specialized force is made up of agents from Immigration and Customs Enforcement, the Drug Enforcement Administration, and Border Patrol.

According to federal agents, authorities were able to uncover the cross-border drug tunnel following the task force’s discovery of a drug-smuggling operation by a transnational criminal organization. While plenty of illegal drugs were found, no arrests were made during the seizure.

Jeff Stephenson, a supervisory Border Patrol agent, said more than 70 similar drug tunnels have been uncovered around the San Diego area since 1993.

In January 2020, another drug tunnel stretching 4,309 feet was found connecting Mexico and the U.S. That tunnel, which was located in the same area as this most recent discovery, was built 70 feet deep underground and was similarly well-constructed.

Footage from inside the tunnel showed ventilation tubes and electricity cables snaking along its walls. The tunnel also had a drainage system and an elevator. According to authorities, it was the longest drug canal ever discovered along the southwestern border of the U.S.

“Cross-border tunnels represent one of the most significant threats to our national security,” Aaron M. Heitke, a chief Border Patrol agent, said of the most recent drug tunnel bust.

“Criminal organizations can use these tunnels to introduce anything they want into the U.S. This is especially concerning during a global pandemic.” 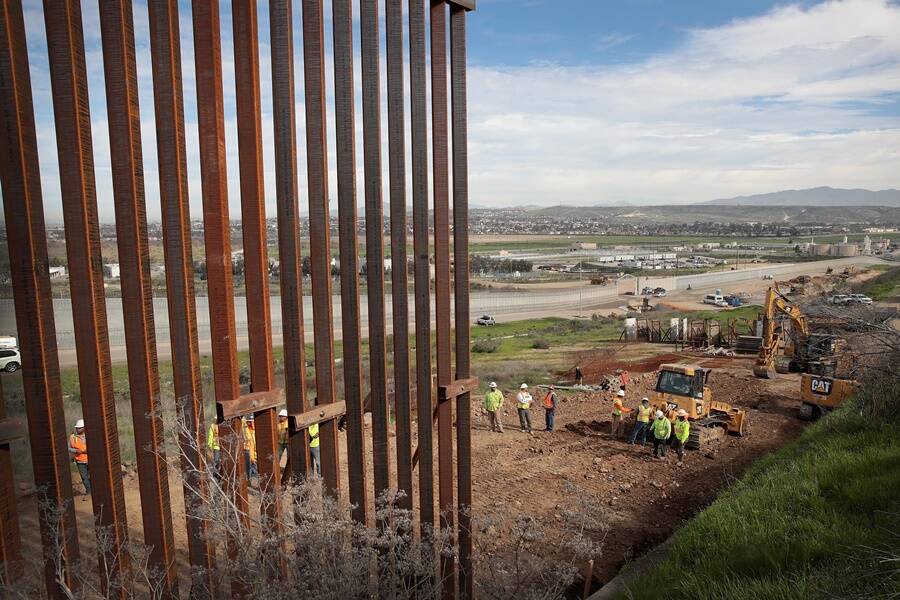 Scott Olson/Getty ImagesPart of Trump’s physical border wall being constructed on the U.S. side of the border with Mexico.

During a visit to Otay Mesa in September 2019, Trump claimed the newly constructed barrier under his politically-driven border wall initiative would be impenetrable.

However, the effectiveness of Trump’s border wall as a method to eradicate drug trafficking into the U.S. has been widely disputed by security experts.

As of now, construction of the border wall has been halted following a nationwide federal court injunction to prevent the Trump administration from accessing the nation’s emergency defense funds to complete the wall.

Professionally-dug drug tunnels aren’t the only surprising means used by smugglers to traffic illegal products. For years, criminals have used transatlantic ‘narcosubs’ to transport drugs between countries by crossing the world’s vast oceans.

In December 2019, a drug sting uncovered $100 million worth of cocaine aboard a narcosub that authorities suspected made its way from South America to Europe.

Whether by water or underground, it looks like these elaborate smuggling techniques won’t be ending anytime soon.

Next, read about the teenager who got caught smuggling meth across the border using a remote-controlled car and checkout other crazy ways people have been caught trying to smuggle illicit drugs.