The Grisly Murder Of Natalia Pronina, The Russian Dancer Killed By A Masked Assassin

On December 23, 2020, CCTV footage captured the Russian dancer as she was shot by an unknown assailant outside her apartment building in Moscow. 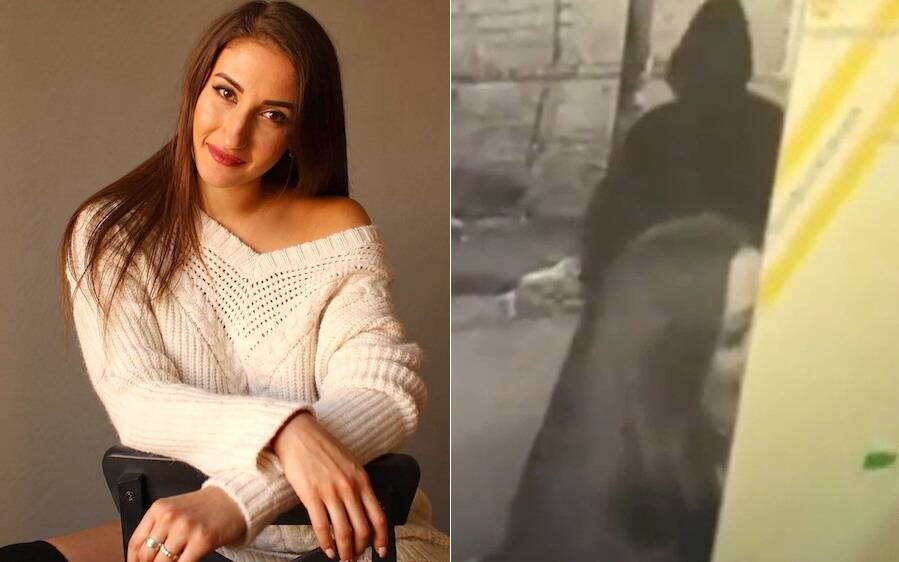 InstagramNatalia Pronina was a Russian dancer killed by a masked assassin.

In December 2020, 30-year-old Russian dancer Natalia Pronina was executed by a masked assassin in front of her Moscow apartment. The murder was captured by surveillance cameras, and the footage was both disturbing and ambiguous, providing no clues as to the dancer’s demise.

However, authorities did surmise that the shooting was a professional contract killing — and that Pronina was having a deadly affair. 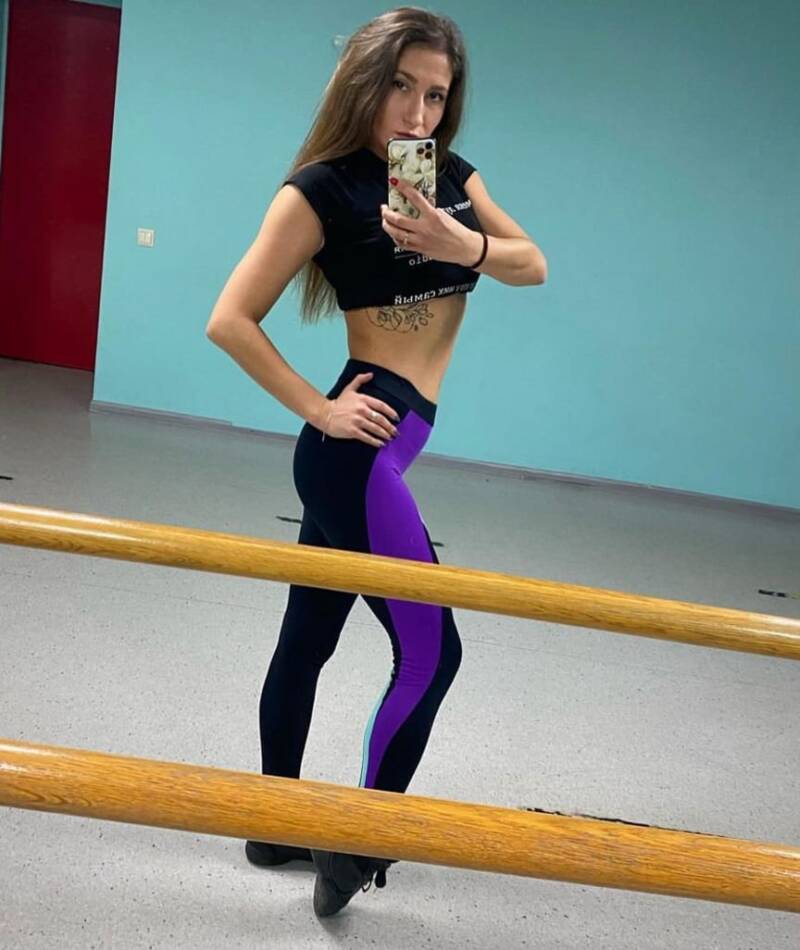 InstagramThough some friends insisted that she had no enemies, Natalia Pronina’s boyfriend admitted she owed a sizeable debt to someone unknown.

Born in Russia in 1990, the details of Natalia Pronina’s exact birth date and location are rather vague, as she was born about a year before the dissolution of the Soviet Union. An avid dancer since the age of six, Pronina studied ballroom dancing and choreography as a teen before attending various schools in Moscow.

It was apparent to peers and teachers alike that she was rather gifted, and she participated in renowned tournaments like the Russian Open and the International Dance Festival of England.

Her youth and physical beauty made for a practical transition to television. Pronina appeared on various talk and competition shows like Date With A Star and Open Kitchen. Her primary passion, of course, was dance, and she taught high-demand choreography classes to make a living.

According to her friend and peer Anzhelika, Pronina “was not the type who dreams of a white dress and a bunch of kids. Her work was her life. She earned well, she could afford a lot. [In 2019], she definitely traveled four times to Milan, where she also had fans.”

Pronina wasn’t averse to go-go dancing or strip-club choreographies, either, and made no distinction between high-brow and supposedly seedier forms of the art. She described herself as a “leading teacher in Strip” on one hand, while winning first place in the 2005 “Winter Stars” championship in Moscow on the other.

Not everything was rosy, however, as Pronina’s boyfriend Alexander Kravchenko said she had a stalker.

“Natalia not only danced beautifully, she is a real beauty,” added Anzhelika. “Men always clung to her and it is possible that one of the rejected fans could have killed her. She did not have a serious relationship.”

The Night The Russian Dancer Was Killed By A Masked Assasin 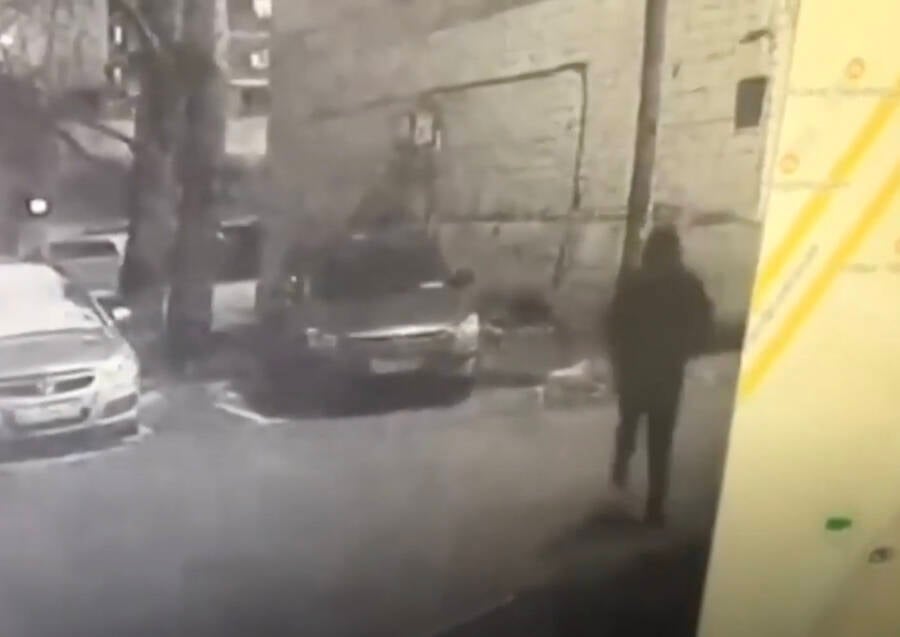 It was December 23, 2020, and Natalia Pronina had just returned from a choreography session with a group of friends. As she was about to enter her apartment building near Moscow’s Akademicheskaya train station, a masked man in a hood calmly approached and shot her twice in the chest.

The killer had deployed a stun grenade beforehand, which distracted Pronina’s accompanying friends and eyewitnesses in the area. His gun was identified as a pistol designed for self-defense and therefore non-lethal, but had been modified to fire live rounds. A local resident recalled, “a lot of blood everywhere.”

As the footage showed, the assassin then dropped his firearm on the ground before taking off. Natalia Pronina clung to life for two hours as doctors at a nearby hospital operated on her, but she eventually succumbed to her wounds.

Meanwhile, her killer has not yet been identified.

“She had no enemies,” said Pronina’s friend Valeria. “I can say with absolute certainty. Only one of her admirers could be behind this because of jealousy.”

Indeed, the dancer did perform for a variety of rich and presumably unscrupulous clients. Her own boyfriend admitted that she owed somebody a debt of $8,100, though that debtor’s exact identity remains unknown.

Her boyfriend also denied any involvement in her murder. He said he had been working in Yalta on the Crimean peninsula when Pronina was killed. Additionally, police haven’t deemed Kravchenko a suspect. 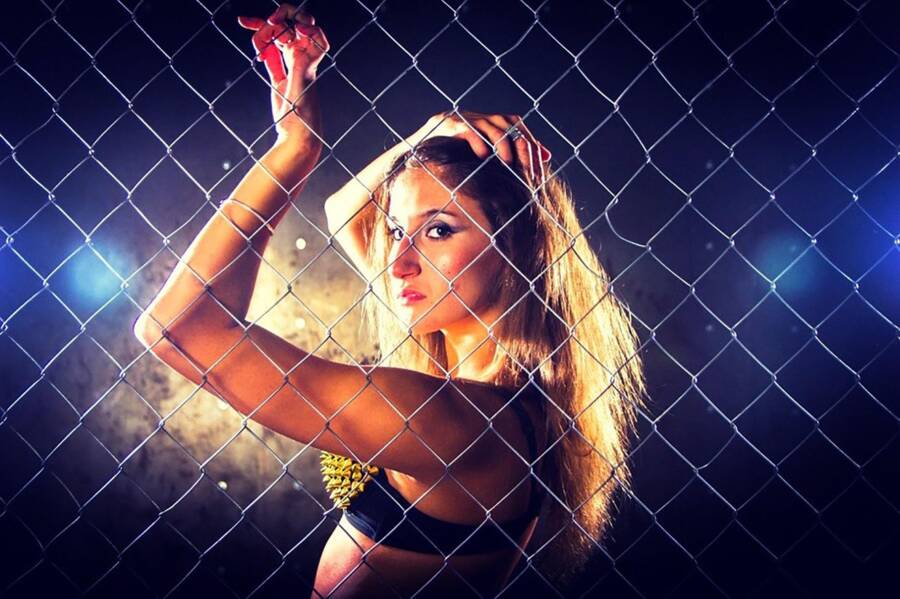 FlipboardBefore the Russian dancer was killed by a masked assassin, she was an internationally renowned dancer.

Perhaps the most enthralling theory to explain Pronina’s sudden and violent assassination concerned a member of parliament who presumably met Pronina at one of her VIP performances.

Authorities purportedly investigated this angle, with a local paper revealing that the parliamentarian in question was trained in martial arts and that his wife had uncovered their affair.

“They had been dating until this summer,” the Moskovysky Komsomolets newspaper reported, “when the MP’s wife learned about the affair.”

Moskovysky Komsomolets also claimed that this politician’s wife had issued a series of “threats” against Pronina before the dancer was killed.

But the truth behind her slaying became clear in February 2021, when the other mistress of a powerful businessman was arrested in connection with Pronina’s murder. She had allegedly asked her own boyfriend to hire a hitman to kill Pronina.

Natalia Pronina died one day after posting a now-tragic Instagram post on Dec. 22, 2020. It was captioned with a message of hope and vigor, reflecting the dancer’s youthful optimism and enthusiasm for life.

“Winter outside the city is special!” She wrote. “Great weekend! Happiness is when there is someone to wish good morning, good night… and just know that they are waiting for you and you have much to hurry.”

After learning about the murder of Natalia Pronina, a Russian dancer killed by a masked assassin, read about Alexander Solonik, the Russian hitman known as “The Superkiller.” Then, learn about Semion Mogilevich, “the world’s most powerful mobster.”